For the Wiyot Indians, February 26, 1860 and the days that followed is a dark period in their history. Beginning early in the morning on the 26th, six white settlers quietly approached Indian Island and proceeded to massacre 80-25 Wiyot Indian women, children, and elderly using clubs, axes, and knives (the attackers may have used guns as well). A number Wiyot did manage to escape. The six men continued to attack other settlements during the next several days. Indian Island, which the Wiyot call Tolowat, is located across the water from this historical marker that commemorates the event. The site of the Wiyot village on the island is a National Historic Landmark. Visitors can drive or walk to the marker on a paved road.

The historical marker is located at the end of the road on the west end of Woodley Island. Indian Island is visible in the background. 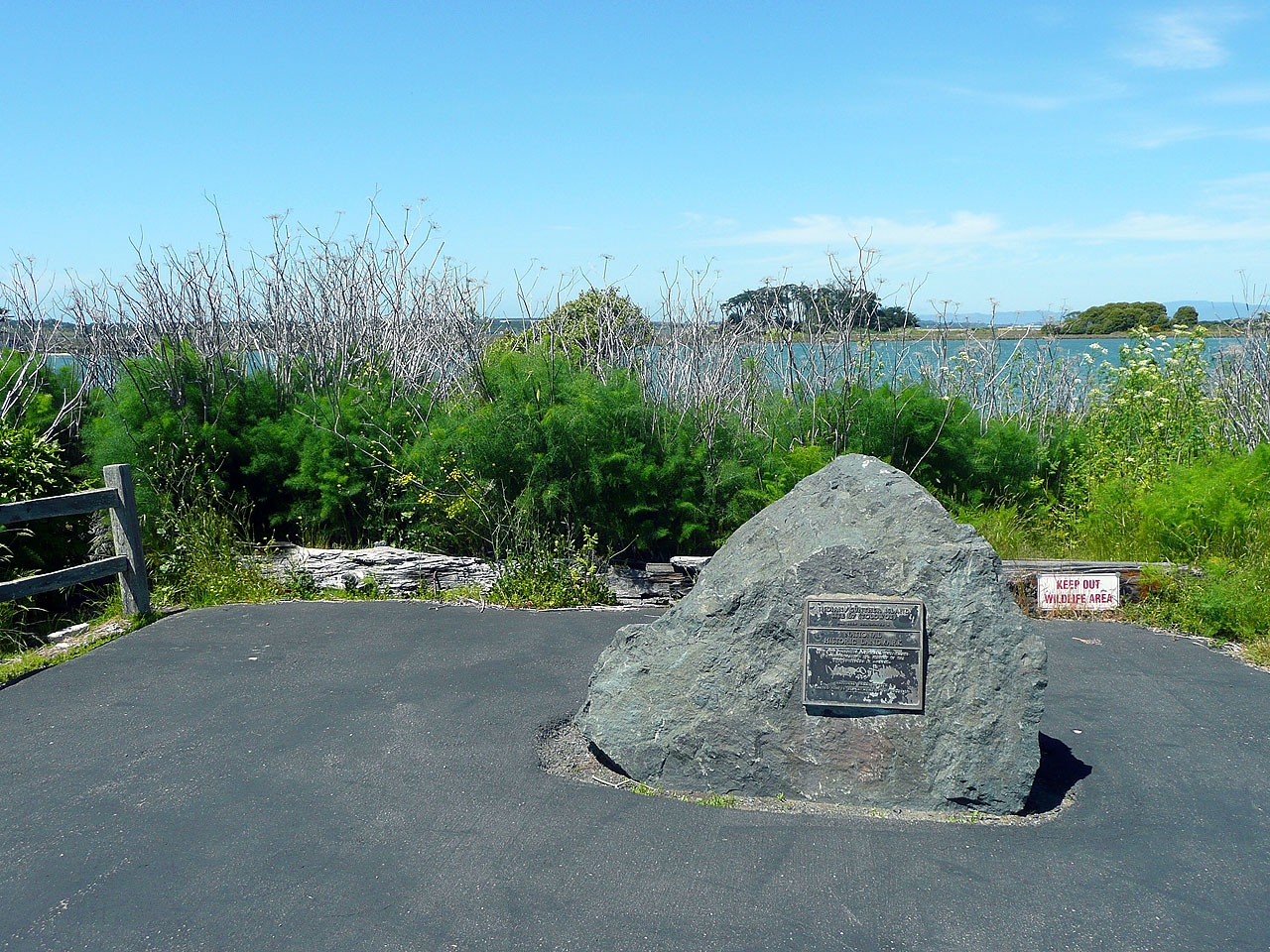 Settlers started to arrive in the area in early 1850 after an expedition led by explorer and botanist Josiah Gregg located Humboldt Bay. The bay provided a safe harbor for ships and it was near the gold mines situated along the Trinity River. Gold was found in Califonia just two years earlier and as a result, thousands of prospectors flocked to the state and eventually made their way to present-day Eureka.

Tension between the Wiyot (and other tribes) and the settlers rose in the decade before the massacre. According to one author, the settlers felt completely entitled to seize whatever they saw fit. As soon as they arrived, the settlers, with a sense of entitlement, seized land without regard to the Indians already there. They took over and widened Indian trails that led to mines, let their cattle graze in prairies (these were traditional hunting grounds), and over exploited the fish and game for food. The settlers also murdered Indians and, according to newspaper reports at the time, even kidnapped children to sell them as slaves. For their part, the Indians did resist. They sometimes killed the cattle (for food) that wandered onto their land and took up arms—using guns they acquired—against the settlers and killed a number of them as well.

The years of hostility culminated in the attack on Indian Island and the other settlements. The Wiyot had just finished a weeklong annual ceremony and the men were away collecting supplies (it is not clear whether the attackers knew this). The identities of the men were apparently known; however, they were never charged. The Wiyot were relocated to Fort Humboldt—where many died of hunger, disease, or exposure—and then to reservations. Despite decades of struggle and, for a time, losing their official status as a tribe, the Wiyot remained resilient and never forgot the story of the massacre.