Quindaro was founded in the 1850s by settlers who were opposed to the spread of slavery from Missouri to Kansas Territory. Although not all residents were abolitionists, they opposed slavery for a variety of reasons. For many white settlers, they opposed slavery because they did not want the best farmland to be controlled by wealthy slaveholders. For African Americans who lived in Quindaro, opposition to slavery was central to their vision of the West as a land of freedom and opportunity. The small town experienced a population boom starting in 1857, but this only lasted a few years. By the early 1870s, Quiindaro was a ghost town and largely forgotten until a century later when developers proposed a landfill at the site of the former anti-slavery pioneer community. Archaeological excavations at the time revealed the remains of many buildings and artifacts. Today, the future of the site is uncertain, although there are still dedicated supporters working towards its preservation. 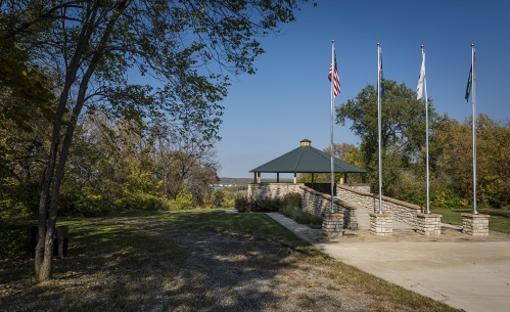 View from the overlook. The bulk of the townsite ruins are located to the left. 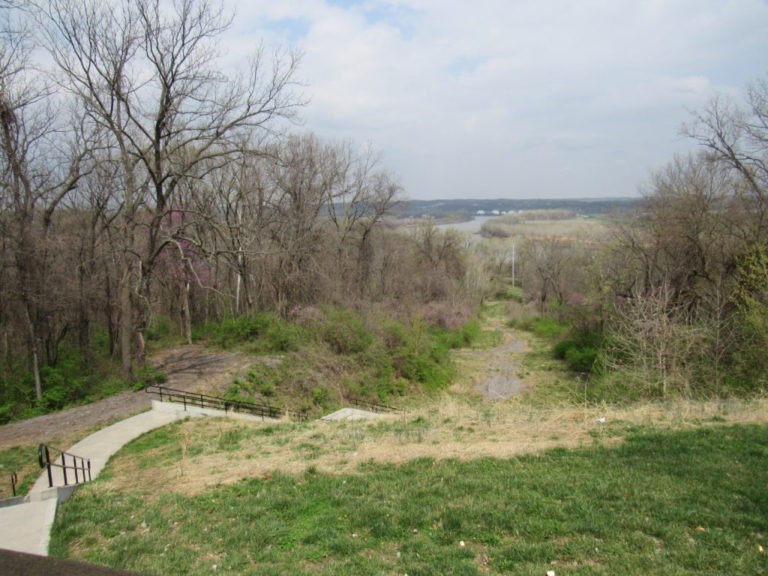 Map of Old Quindaro, with an image of Nancy Quindaro Brown, whom the town was named after 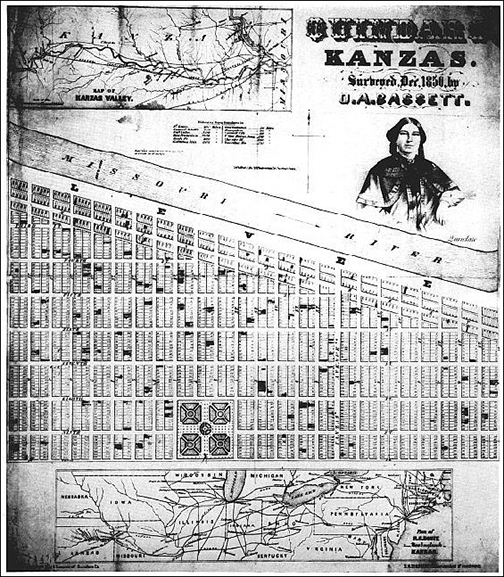 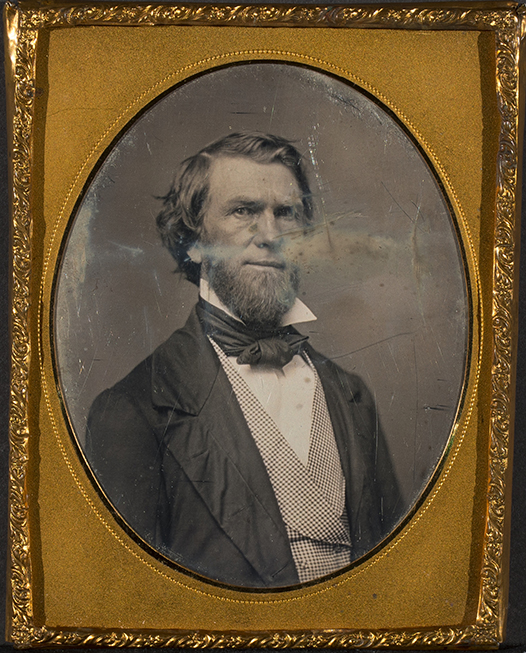 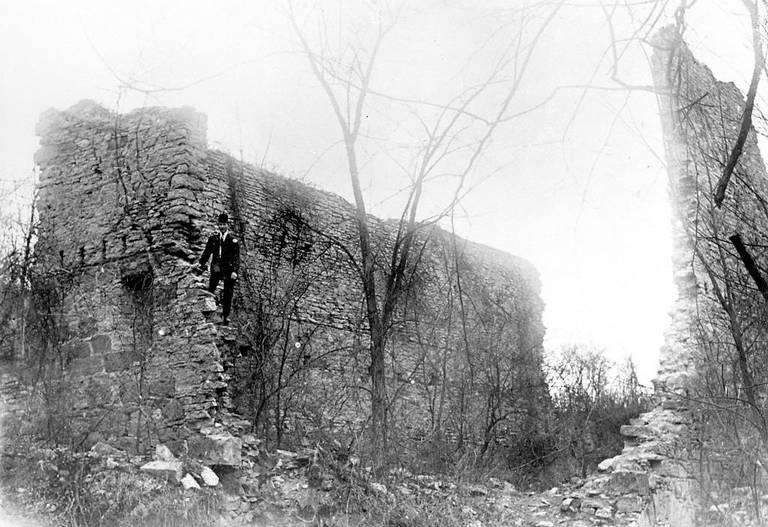 Archaelogical excavation of ruins in the 1980s

Some preservation work being carried out on the ruins in 2005 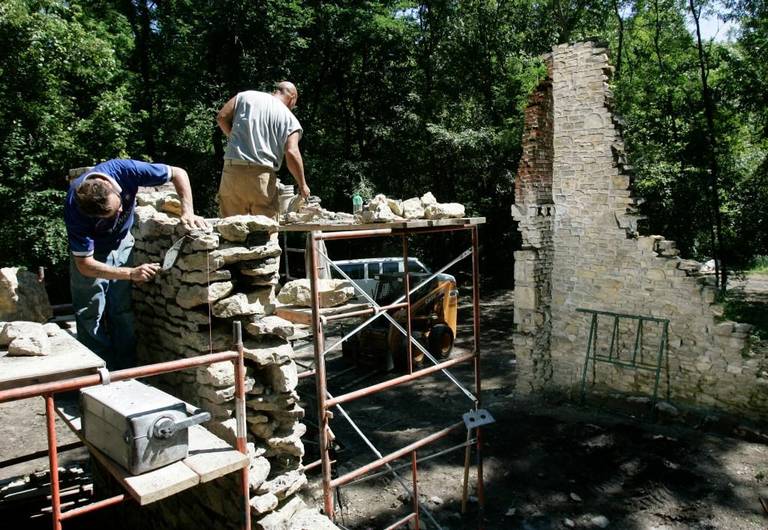 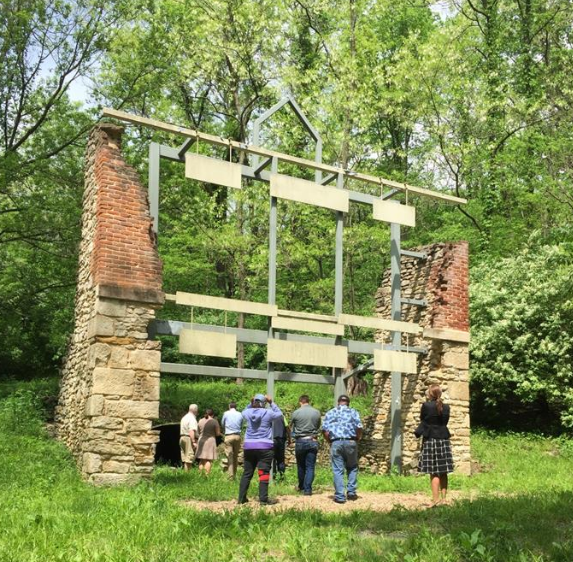 The Free State community of Quindaro was named after Nancy Quindaro Brown, a local Wyandot woman. It was a fitting name, because Quindaro, which means, “a bundle of sticks joined together,” implies that there is more strength in unity than separation.[1] The town would become a diverse settlement of Native Americans, freed Black slaves, and white pioneers, all bound together by their belief in Kansas as a territory free of slavery. Brown’s husband, Abelard Guthrie, purchased land from the Wyandot tribe for the town in 1852, and it grew rapidly. Charles Robinson, future Governor of Kansas, once said that “the whole free-state world seemed bound for Quindaro.” [1] Within a few years, the town consisted of a schoolhouse, church, two hotels, two dry goods stores, a sawmill, a brickyard, a doctor’s office, land and surveyor’s offices, carpenters and Blacksmiths, and nearly 100 homes.[2] It had its own newspaper, fraternal societies, and a temperance organization. Steamboat traffic was heavy, with dozens stopping at the town’s landing every week as the only Free State port.

Quindaro also became a major destination on the Underground Railroad, thanks to its ideal location along the Missouri River, just across from the slaveholding state of Missouri. However, the community found itself at the forefront of the “Bleeding Kansas” border wars after the Kansas-Nebraska Act of 1854, when Congress declared that the settlers could choose whether Kansas became a free state or a slave state. Pro-slavery settlers from Missouri, known as Border Ruffians, often crossed over into Kansas Territory to terrorize its residents, raiding and pillaging abolitionist towns. Sometimes anti-slavery groups in the area also responded with violence, most famously John Brown (see separate Clio entries) and members of the Pottawatomie Rifles.

In the end, it was the Civil War as well as a national economic depression that would lead to the town’s demise. Many young men enlisted and diminished the population. The area became dangerous, a target for bandits. Between 1859 and 1861, at least thirteen murders took place in the county; almost all of them went unpunished.[3] The town was also the victim of financial troubles: other ports along the Missouri River opened up to Free State settlements, driving traffic and trade away. In less than ten years, the booming town went bust. One visitor described the abandoned scene in 1873: “Quindaro was, but now she is not. One store with a granite front and iron posts stood as good as new and various other buildings were in good preservation, but empty. […] Small cottonwoods had spring up in the street and the owls were making selection of choice localities for places of adobe. The solitary family of 1863 even has abandoned the place.” [3]

Quindaro would have another revival as an African American community of newly-freed slaves after the war, but this new community settled higher on the bluffs overlooking the river. The ruins of Old Quindaro were left to decay in the overgrowth for over a century. In the 1980s, a company began to survey the site for a potential landfill, reigniting interest in the ghost town as an important historical attribute. Archaeology work from 1983-1987 revealed the original foundations of 22 buildings, three wells, and one cistern as well as over 100,000 artifacts. In 2002, the townsite was designated an archaeological district under the National Register of Historic Places. [4]

Unfortunately, lack of funds has meant that grandiose plans to make it an interpretive park or otherwise preserve it have stalled. In the 20 years since the archaeology excavations, the ruins have once again disappeared into the surrounding natural environment. In 2008, an overlook and a plaque telling the story of Quindaro was constructed at the end of 27th Street for visitors to view the remains of the townsite along the river. In 2019, the townsite of Old Quindaro was made a national commemorative site.