The Fells Historic Estate and Gardens

The original 1,000-acre summer retreat of journalist, diplomat and former Secretary of State, John Milton Hay, is now divided into three separate properties: The Hay Wildlife Refuge, the Hay Forest Reservation and The Fells, his summer home. Hay began acquiring land in the area in 1881 and had a summer cottage built on the shore of Lake Sunapee in 1891. He had a second cottage added in 1897. His son, Clarence, and daughter-in-law, Alice, then combined the two homes into a Colonial Revival mansion after Hays’ death in 1905. The land was eventually donated to the Society for the Protection of New Hampshire Forests and the U.S. Fish and Wildlife Service. The Fells, a non-profit organization, acquired the buildings and 83 acres in 2008 and continues to operate it as a period museum and nature preserve.

The Fells' combined cottages with the Perennial Border in the foreground. 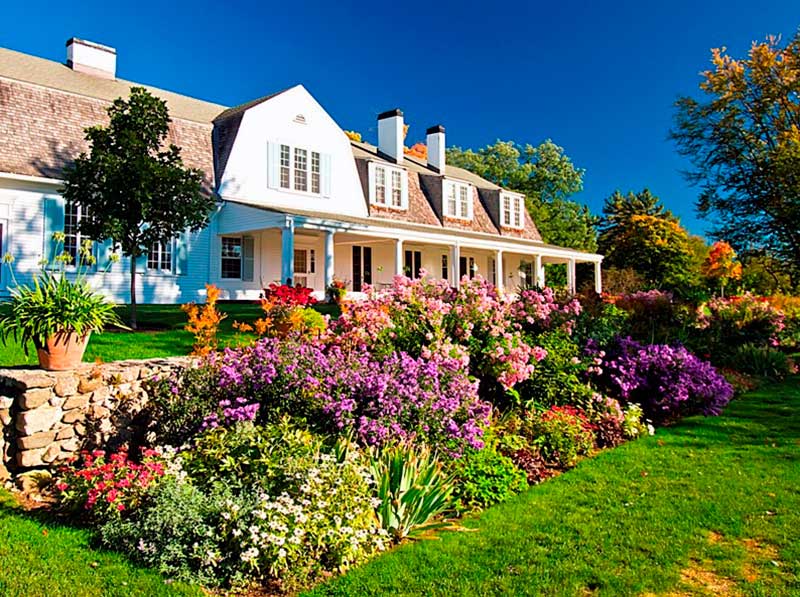 The view of Lake Sunapee from the grounds of The Fells. 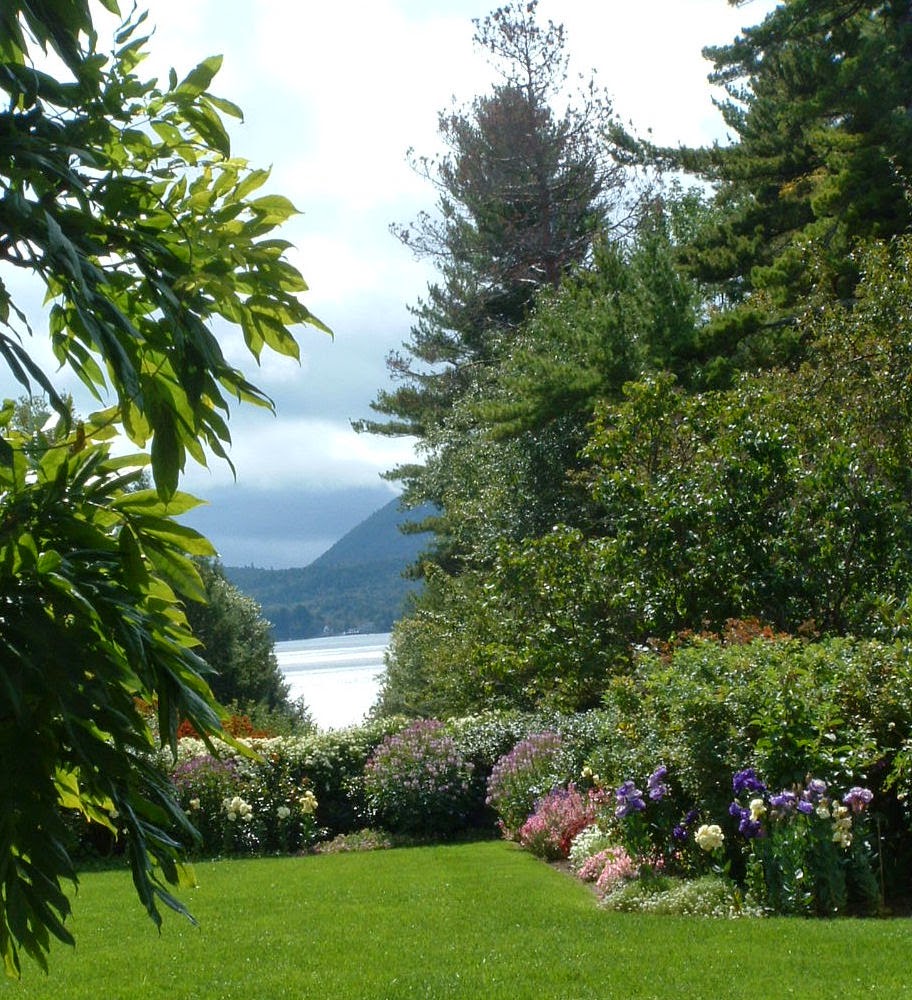 The Fell's Rock Garden with mansion in the background. 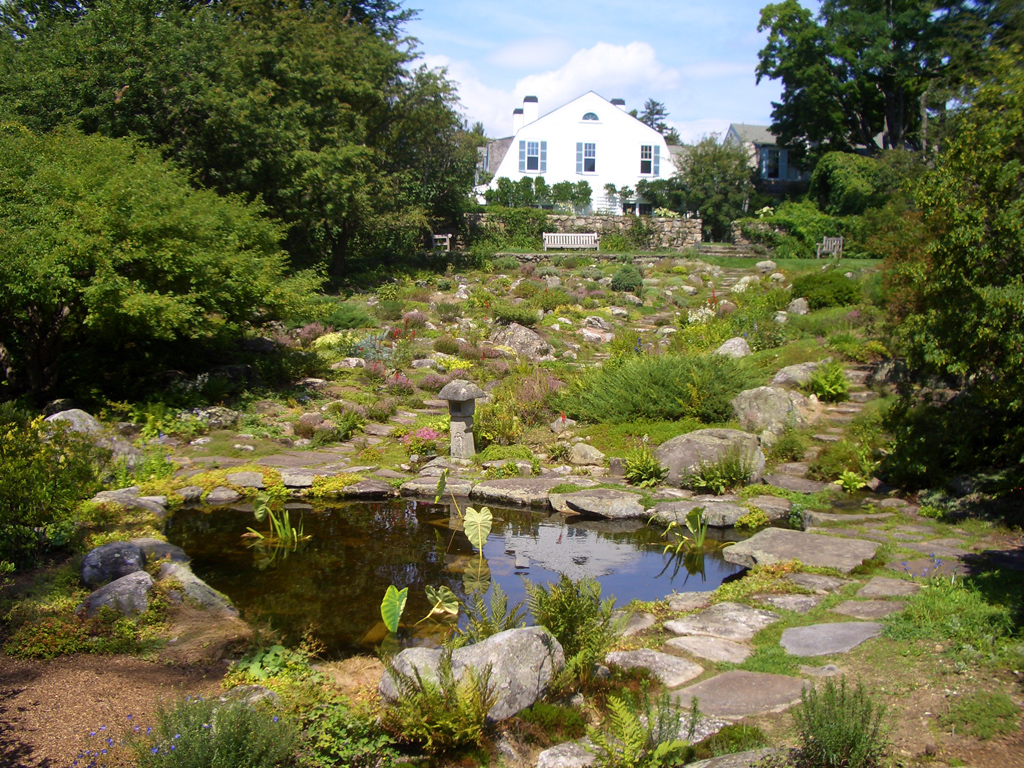 With settings like this, it's easy to see why The Fells is a popular wedding venue. 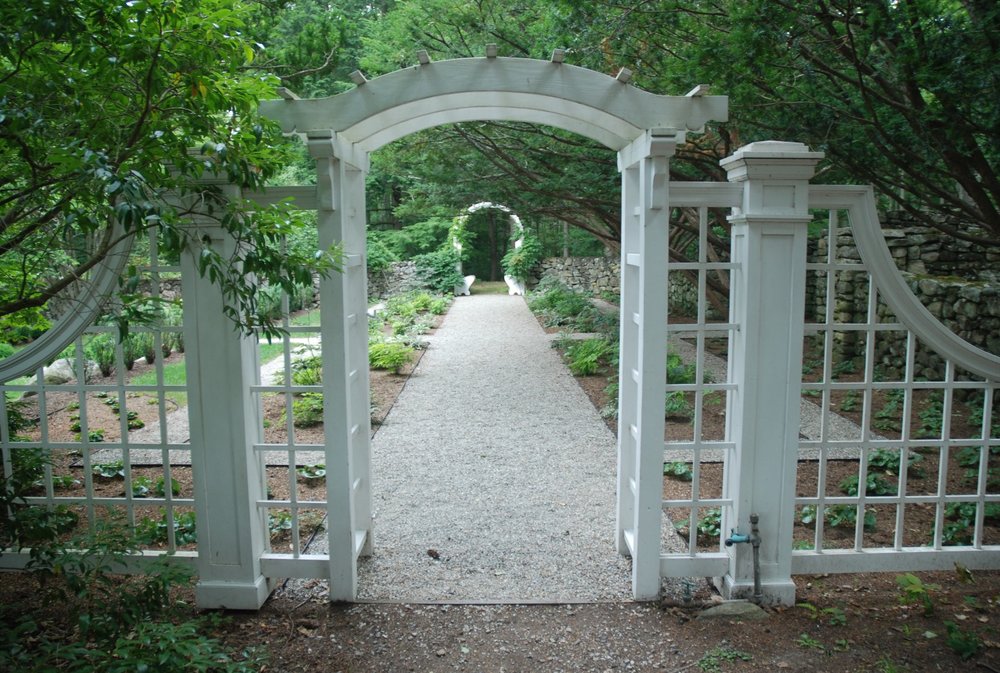 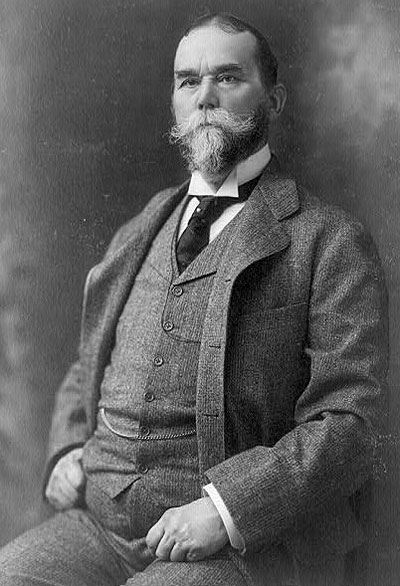 John Milton Hay, who served the U.S. as personal secretary to Abraham Lincoln during the Civil War, as ambassador to Great Britain, and as Secretary of State under Presidents William McKinley and Theodore Roosevelt, began purchasing farmland along Lake Sunapee in 1888. He then hired architect George Hammond to build a summer cottage, which was completed in 1891 with a guest cottage added in 1897. Hay, his wife Clara, and their family used The Fells (a Scottish term for a rocky pasture) as their summer retreat from Washington D.C. It was at The Fells that Hay penned his famous “Open Door Policy” in 1899, a diplomatic policy that entreated the European powers to keep China “open” for international trade on an equal basis. President Roosevelt visited The Fells in 1902 during a campaign trip. To commemorate the visit, a maple tree was planted, now known as the Roosevelt Tree.

After Hay’s death in 1905, the property passed to his son, Clarence and daughter-in-law, Alice. The two then embarked on a project to upgrade the two cottages by combining them into a single residence. Under the direction of Prentice Sanger the breezeway that connected the two cottages was transformed into a formal hallway and a garage was added later. The renovations were completed by 1915.  The couple also continued to work on the gardens John and Clara Hay began back in the 1890s. Clarence and Alice devoted great time, effort and money into creating terraced gardens that included fountains, flowering trees, roses and numerous perennials and annuals.

In 1960, the elderly couple deeded 675 acres of their land to the Society for the Protection of New Hampshire Forests. After Clarence passed in 1969, Alice donated an additional 164 acres to the U.S. Fish and Wildlife Service which took control of the land upon her death in 1987. Renovations on the buildings and gardens began in the 1990s and the non-profit organization, The Fells, was created in 1996 to oversee the property. In 2008, the mansion, outbuildings, gardens and 83-acres of land were transferred to The Fells from the U.S. Fish and Wildlife Service. It has remained in their hands ever since. Currently, the three areas; The Fells, the John Hay Wildlife Refuge, and the C. L. Hay Forest and Wildlife Management Area cover over 900 acres and include miles of hiking trails open to the public.

The Fells mansion is open for guided tours during the summer months. The gardens now include the Old Garden which began in 1909 and was restored in 2009; the Perennial Border with its iris, delphinium and phlox; the Rose Terrace built between 1924 and 1927; the Rock Garden with stream, lily pool, azaleas and Japanese iris; the Heather Bed, which was destroyed by extreme weather in 2005 and replanted in 2007-08; and the Pebble Court, with its yew hedges, blooming tree and shrubs, was added in 1915 to accommodate automobiles. Guided tours of the gardens are also offered during the summer months. Please call or visit The Fells’ website for dates and times.