The Wilcox Iron Works was owned by John Wilcox, when he first moved to Deep River in 1771, where he discovered the deposits of iron ore and coal in the area. Being a rare commodity, the state hired Wilcox to manufacture ammunition and supplies for the Revolutionary War, as well as also helping to create a new furnace about ten miles south at Tick Creek; however, supplies were not plentiful, as well as there being a lack of man-power, leaving the forge relatively unproductive. In 1780 a flood badly damaged the ironworks, and repairs were never made to them. 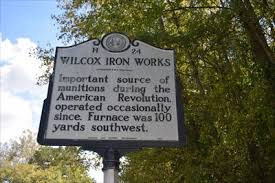 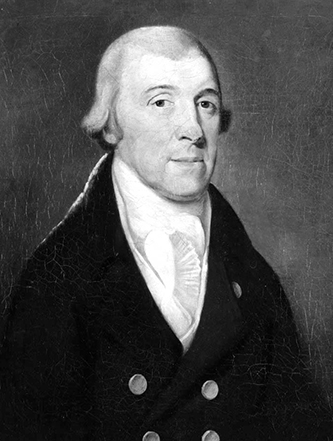 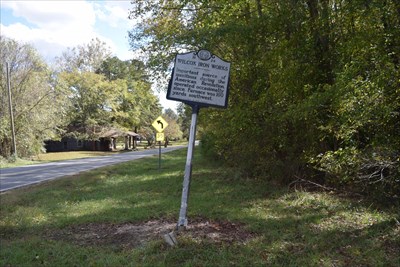 John Wilcox was born in Chester County, Pennsylvania to Thomas and Elizabeth Cole Willcox in the 1720s. He moved to Cross Creek (now Fayetteville) North Carolina in 1759, where he opened a grist mill and store. He moved to Deep River, in Orange County, North Carolina which became part of Chatham County in 1771. Wilcox was elected to represent the new county in the Provincial Assembly, a legislative body formed for the people of North Carolina, that operated from 1774 to 1776 and was independent from the British government.

By 1771, Wilcox had discovered iron ore and coal at the Deep River. Shortly thereafter, he established an ironworks at this location. At this time, ironworks were scarce so the colonists would come to depend upon Wilcox for armaments and ammunition. The fourth North Carolina Provincial Congress made arrangements with Wilcox contracting with him and supplying men to work at his forge. According to records of the Provincial Congress, Wilcox and his men were to cast “’pieces of ordnance, shot, and other warlike implements to furnish the American troops.” The Provincial Congress also helped to supply the men needed to gather the raw resources needed, and then to refine them into the products needed for the troops.

Later, there was another furnace finished with the help of the Congress about ten miles from the Deep River forge of Wilcox, at Tick Creek. This was finished with the intention of being used to produce cannons for the Americans, however it was determined that supplies were not readily available enough to properly use the forge, as well as other technical and economic difficulties taking place, leading to this forge being relatively unsuccessful. Late in 1777, the forge was fully returned to Wilcox, who continued to produce small amounts of finished iron products, however in 1780 a flood badly damaged the forges and repairs were never made to them. John Wilcox later died in Richmond County, North Carolina in 1793.