Clear Creek Gorge is located just to the east of Redding. Over a long period of time, the creek has slowly carved the volcanic rock down to form the gorge which is part of a large watershed system that stretches from a little north of Redding all the way down to Sacramento. For thousands of years, the watershed provided Native Americans, most recently the Wintu Indians, with abundant food and other resources. The site has a parking lot and shelters with picnic tables.

This historical marker provides information about the Native Americans who inhabited the watershed. 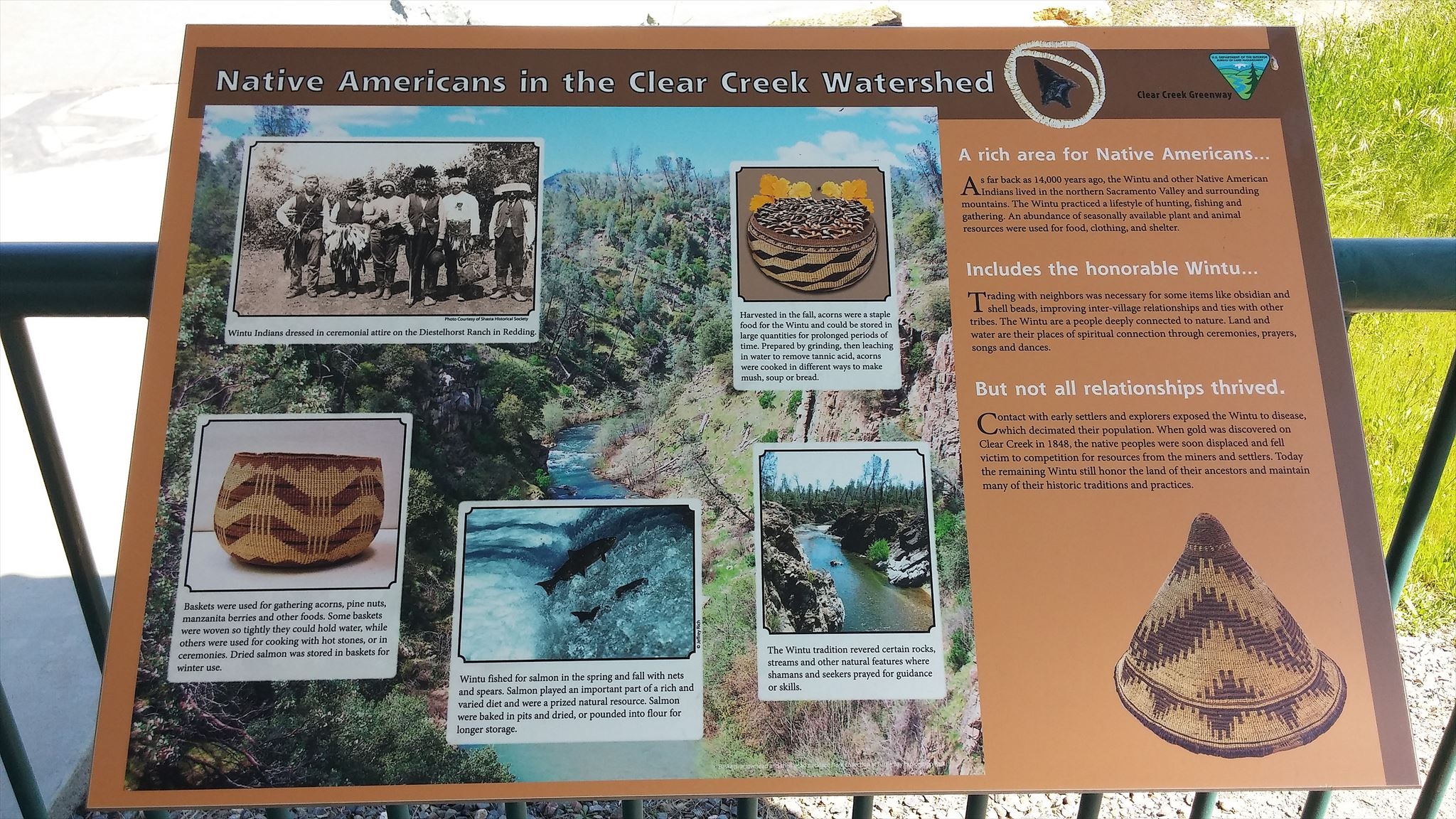 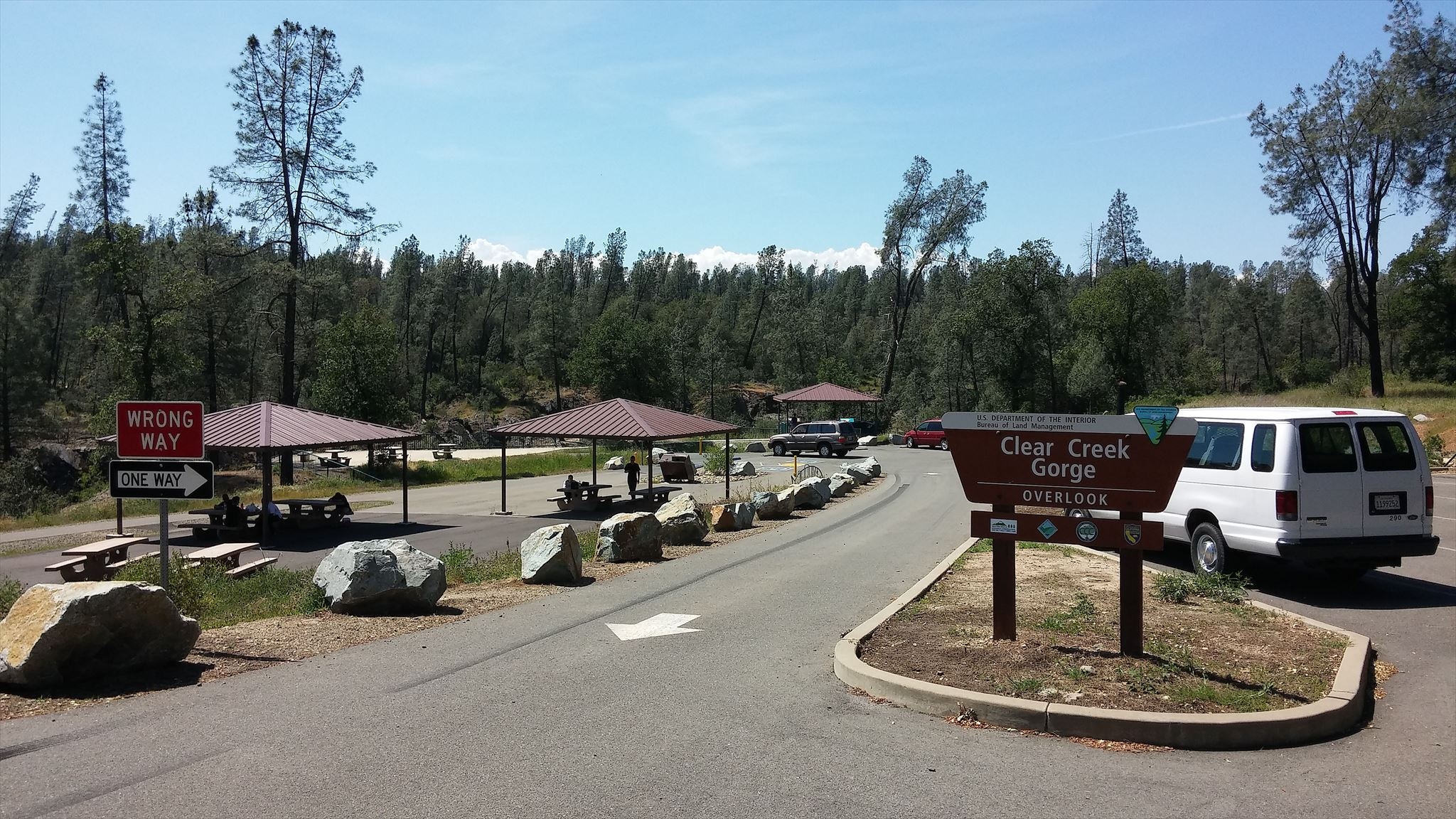 Clear Creek runs through the gorge. 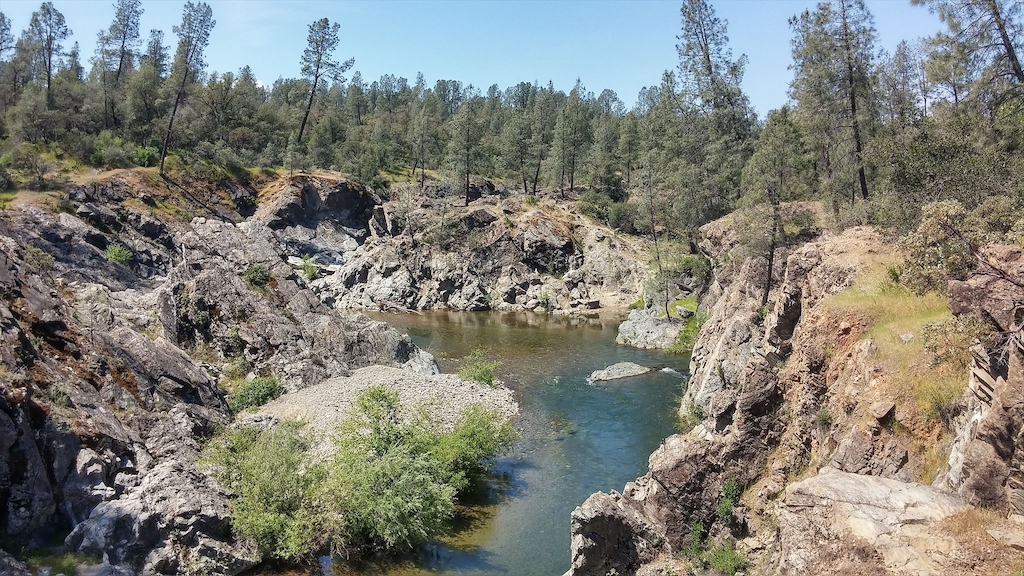 Native Americans have inhabited the watershed and northern California for 14,000 years. The Wintu Indians hunted, fished, and gathered food and resources in the watershed. They also traded obsidian, shell beads, and other items with neighboring tribes. The Wintu were also deeply connected to nature. Unfortunately, as what happened to other Indian tribes around the country when European settlers arrived, the Wintu population began to decrease, primarily due to disease. The Gold Rush of 1848 resulted in further displacement as settlers competed for food and resources. Ranchers claimed land for cattle and miners polluted waterways by washing hillsides searching for gold. Many decades later, in 1922 the Bureau of Indian Affairs created a reservation, called the Redding Rancheria, for the Wintu, as well as Pit-River and Yana Indians.