During the 1920s, the Garment industry in Wynwood, Miami was the emergence of the fashion industry thanks to entrepreneur Craig Robins. The Miami Design District is known for its modern, creative, and luxurious design with a mix of art. The Miami Design District in the 1980s was considered the third largest garment district in the country with 225 businesses making 125 million in revenue annually. 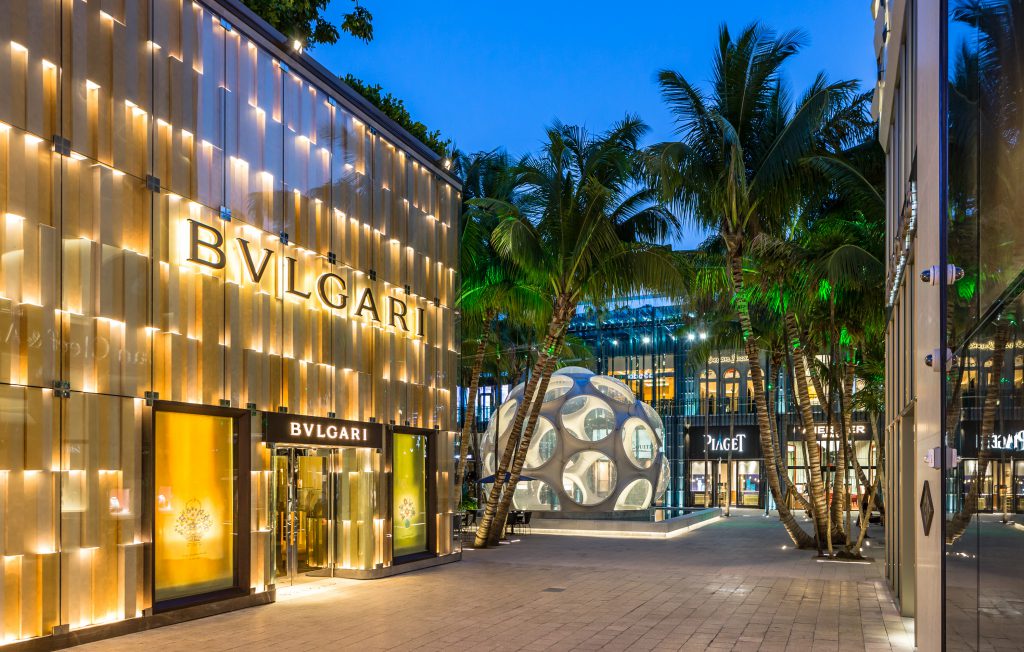 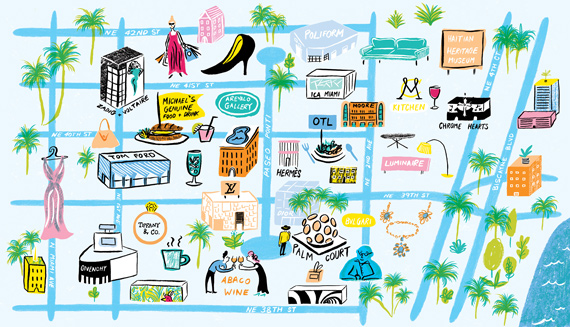 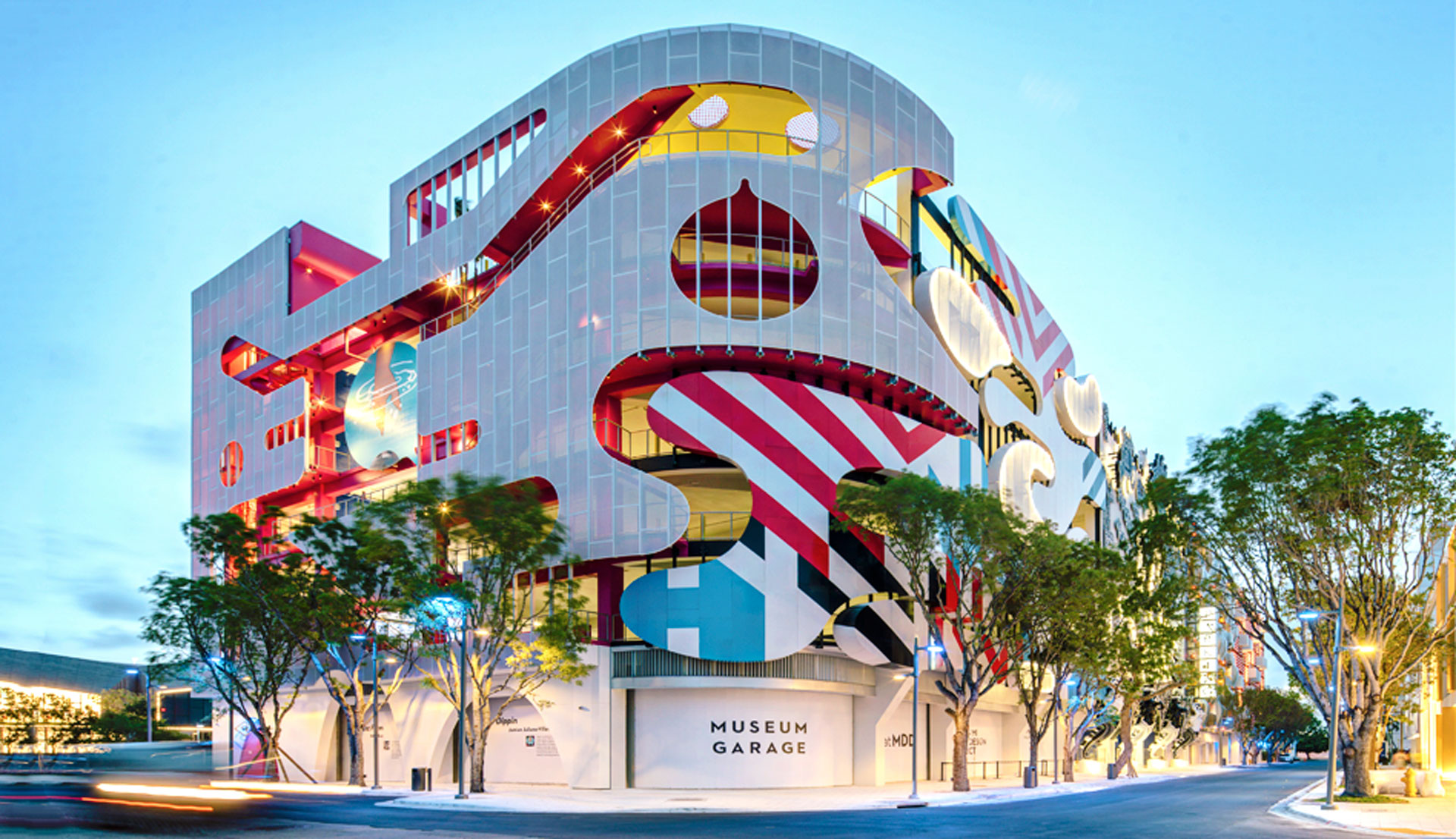 The Development of the Miami Design district displays the latest unique trends in fashion and interior design that we see today. But of course, the rapidly growing district would not be what it is today without the creation of the Wynwood art district founded by Josiah Chaille and Hugh Anderson in 1917. Wynwood’s growth started around the 1920s in the garment industry in the southern part of Wynwood along NW 5th avenue, between NW 22nd and NW 29th street. The Miami Design District is by an area known as Little Haiti which lies between 36th street and 42nd street along North Miami Avenue. Both Josiah Chaille and Hugh Anderson started the development of Wynwood Arts District.

Fashion and interior design overall didn’t get popular until the roaring 1920s when places like New York and Chicago were starting to development its community to have all types of tourism entertainment. Since immigrants from all over were migrating mainly to New York for work around this time people needed an escape outside of the war being a main portion of their everyday life. Hampton states, “It was a time of prohibition and world war. Americans felt the need to escape from there tragic lives. Cinema, traveling and liquor provided a quick escape” (Hampton, Page 1.3). The main design for New York and Chicago were modernized building with a lot of lights and places of entertainment like bars, clubs, movies, etc. The 1920s lifestyles started to become luxurious, fast paced, and morals started to loosen up.

According to Ann Elizabeth Hampton in “Miami Design District: One square mile of style” the culture of society spawned a new type of design, that took ideas from anything that made them escape their depression from the war. The architecture of the 1920’s, art deco’s beginning, provided bright lights and exciting venues for people to escape” (Hampton, page 1.3). A perfect example to understand is thinking of trends like the era of the great Gatsby. Outside of Miami culture rapidly growing with hotels, tourism, and places of entertainment trendy fashion; whether clothes or interior design; started becoming the trend throughout the United States. Art Deco is used in this quote to describe a fashion movement socially and economically.

Miami experienced a new population boom in the 1960s with waves of Cuban immigration. They were the main people that provided most of the work force when it came to both clothing relators and manufacturers like the cigar industry. One of the issues that the Miami design district endured was attracting attention of people since Miami was slowly on the rise and developing into a tourism destination.

The modern development of the Miami Design District came about through Dacra, a real estate development company founded by CEO Craig Robins that is known for cultivating strong and vibrant communities throughout the world. Darca wanted to revitalize South Beach as well as the restoration of its Art Deco architecture. Miami native Craig Robins then teamed up with L Real Estates, an investment company backed by luxury mega brand LVMH (Moet Hennessy Louis Vuitton SE) According to the “Miami Design District website”, from the creation of the Miami Design District thirty-two years ago to now in the 21st century, Dacra bought more land to create an art walkway along with more artistic studios, restaurants, exhibition spaces, and of course shopping that leads to the historic Wynwood Art District. This in turn made the place almost like a city walk connecting the two together to attract more tourism in the area. The Miami Design District is a luxurious shopping destination dedicated to the creation of fashion, design, architecture, and dining experiences, so it was a district the branches all types of activity that revolve around the world of high-end creativity and Fashion.

Craig Robins’ goal was to branch out and spend more time developing the area to attract attention. The Architectural design in Miami is the biggest Art Deco District in America (Hampton, page 3.7). Miami Art Deco was mainly based off tropical and pastel colors and its amazing use of shapes for the structure on building and windows. Artwork was also incorporated with the structure of the buildings within the Miami Design District, for example, The Institute of Contemporary Art has actual art on the outside part of its building to give pizazz to the design district. Fashion was not the only goal of the Design district, but this building is a perfect example of how the Design District branched out of fashion showing their love for artwork and interior design. High end clothing shops like Versace, Balenciaga, Dior, Burberry, Celine, Saint Laurent, etc. within the Miami Design district showcased their fashion as art as well as representing the uniqueness of the District and how it populated over the years of constant reconstruction.