Railroad Square Art District is a historic and artistic site in Tallahassee Florida. The district is built on an old lumber mill that operated around the 1840's. There are many things to do fore example there are galleries, marketplaces and restaurants to visit. The district holds events for local artist along with fundraisers for charities. 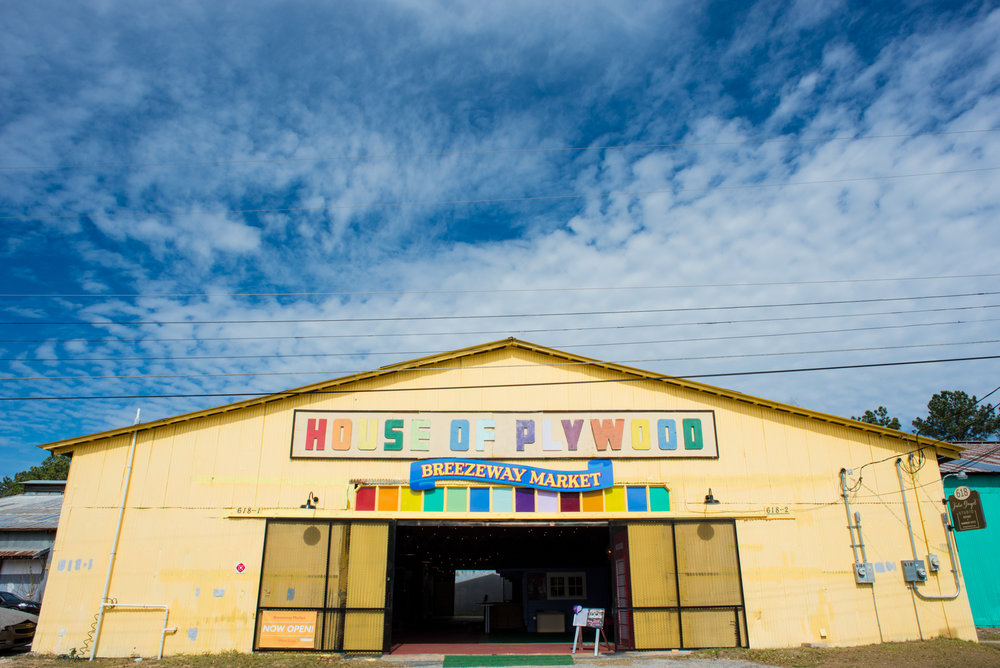 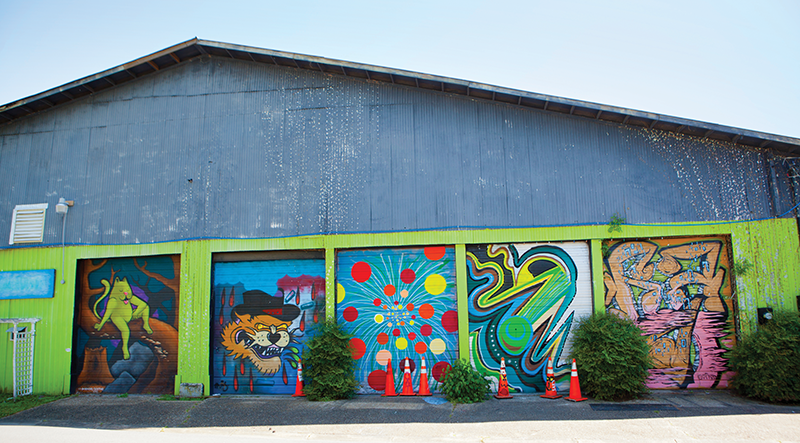 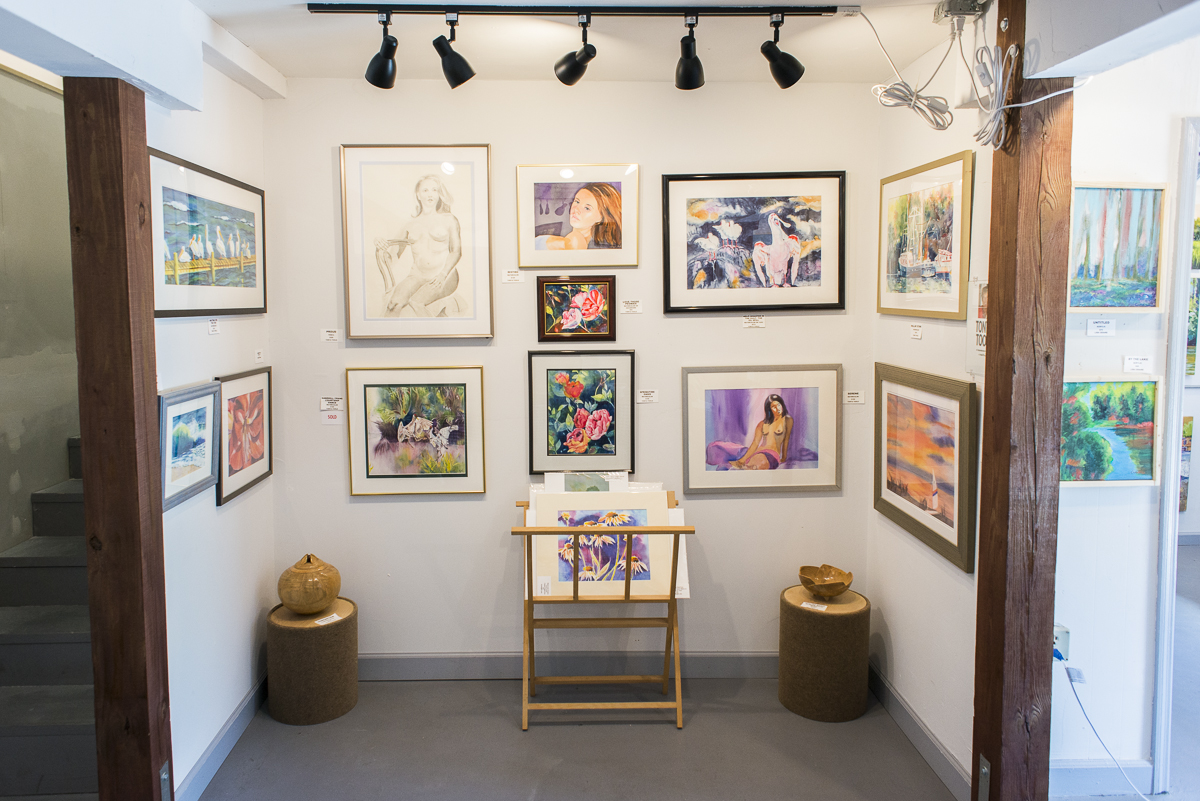 The building structure had existed in the community for a long time, considering that they are argued to have been developed in the 1940s. Through the years, they have also undergone utility changes, having become an Industrial Park at one time.

Railroad square began in 1941 as a lumber company named MC Donnell Lumber Company. McDonnell Lumber Company had a sawmill and sheds to store lumber. The sawmill was about where today's 621 Gallery is located in the northeast corner of the park. Lumber was stored in open-sided, dirt floor sheds, then transported away on the railroad on the north side of the park” (Ensley).

The venue was later renamed Railroad Square after it was bought by the Boynton Family, who then introduced artists in the facility. Since the site was comprised of several warehouses, its grounds are expansive enough to accommodate the wide range of artistic talents presented at the facility. The fact that it was established on restored buildings constructed several decades ago instead of erecting new structures reinforces the value of the venue.

Tallahassee has, for a long time, been recognized as a cultural and united community that has been quick to preserve the values that have defined the town for a long time. Art is one of the most effective methods of cultural preservation that has been embraced to achieve that goal. As a result, Railroad Square Art District which is a space dedicated to supporting, teaching, and displaying various forms of arts and entertainment options that have united the people for years. The art district is located at heart Tallahassee, Florida, near Amtrak station. It occupies the premises developed in 1941 as a lumbering firm, although the structures were later been modified slightly without comprising the heritage of the area.

More specifically, it includes galleries, shops, art galleries, and parks, which are housed in the historic structure represented by the venue. It is renowned for a monthly art, and cultural festival commonly referred to as First Fridays at Railroad Square Art District Park. During this time, the town flocks with people who come to view the artist’s exhibitions in various galleries and studios, display in the antique shop, as they enjoy good music at the facility. There are also several food trucks along the streets to offer the visitor and the delicious meals, and beverages in the open space. Recently, there has been the introduction of “Second Saturday” event, which is quickly being appreciated. Many of the exhibitions and shops are open from Sunday to Thursday during the day, while various entertainment locations offer services into the evening (Railroadsquare.com). Importantly, each gallery and studio displays organize their exhibitions separately, although visitors can find information about the events from the website.

Several art projects are presented at the Railroad Art District to show artistic techniques and connect to the community. For instance, 621 Gallery, started by the site’s owner, which is one of the major galleries located at the venue, uses the first Friday event to promote the works of various Tallahassee artists under its non-profit program. Another renowned artist who works in the place is Mark Dickson of Dickson Studio who specializes in metal sculpture that demonstrates his creativity. Like other works at the facility, Mark’s works show aspects of contemporary society and ancient inspiration, which he refers to as ancient futurism (Dickson). Jan’s Gallery which is inspired by the foreign cultures from the Caribbean, Brazil, and Bahia as part of the Cross-Cultural Coalition. One notable work in this gallery is the Sankofa that is an African symbol that depicts a bird moving forward though looking behind as it holds an egg in his beak. This work is interrupted to mean that progress comes from looking understanding one’s history and being ready to teach the history to the younger generations (Railroadsquare.com). In the same way, the facility's purpose was to achieve the goal of preserving history of Tallahassee people.

The district also features the first Friday festival that brings together different people around the area. The importance of Tallahassee as a town and the proximity of the art venue were paramount to culture of the people around the city. By choosing buildings that firmly demonstrated the past lifestyle, the legacy of unity and cultural bond would be preserved across generations.

Other Events and their Significance

F.A. Hendry’s account of the life of the people of Tallahassee in 1840s also confirms the significance of the area a town with growing industries. F.A. Hendry’s notes that many small-scale farmers at the time went to the center to trade their farm products with dealers who compensated them with coffee, flour, salt tobacco and alcoholic drinks that were enough to last them a few months (Hendry 16). For them, the town brought them joy and happiness akin to what is experienced to modern farmers when they trade at the railroad depot.