The Devil's Millhopper is a geological state park located in Gainesville, Florida. While the ancient sinkhole is front and center for "things to do"; there are nature trails throughout the park, along with indigenous flora and animals to capture your interest. The boardwalk is not wheelchair accessible, but the view from the landing is breathtaking. Fees: $4 per vehicle, up to 8 visitors. Pedestrians and bikes are $2.

A picture of the slope from the bottom of the Millhopper. 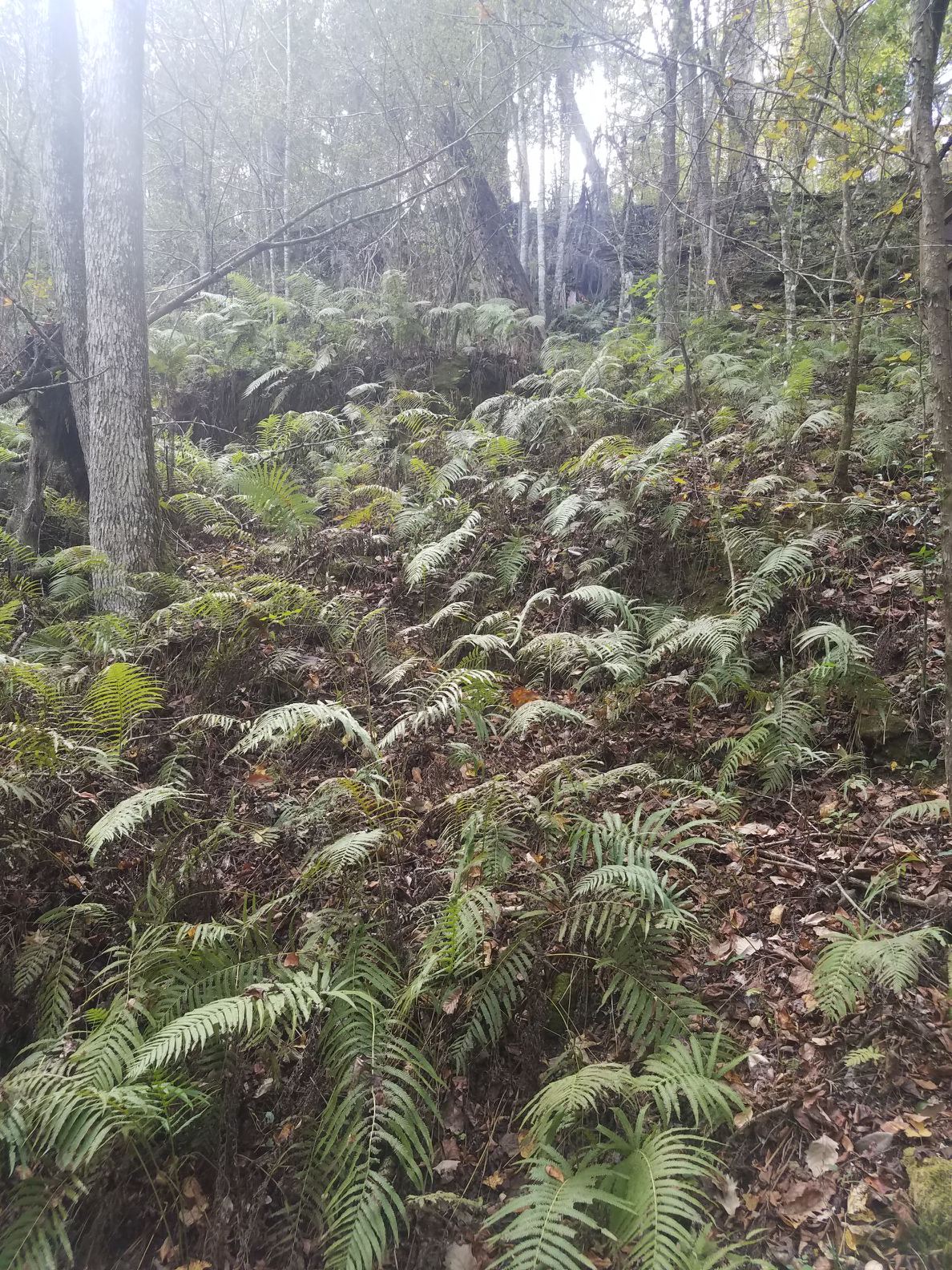 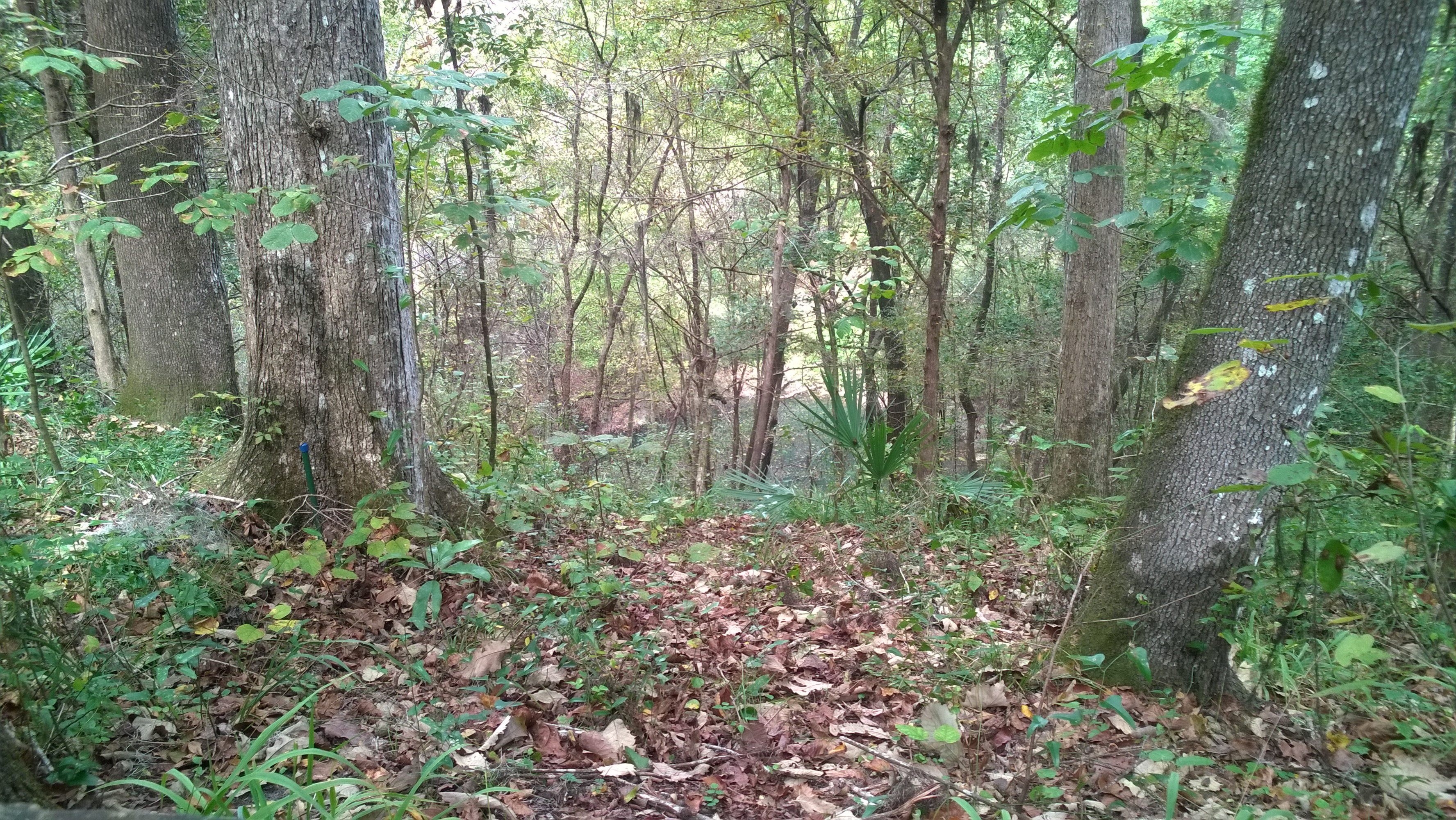 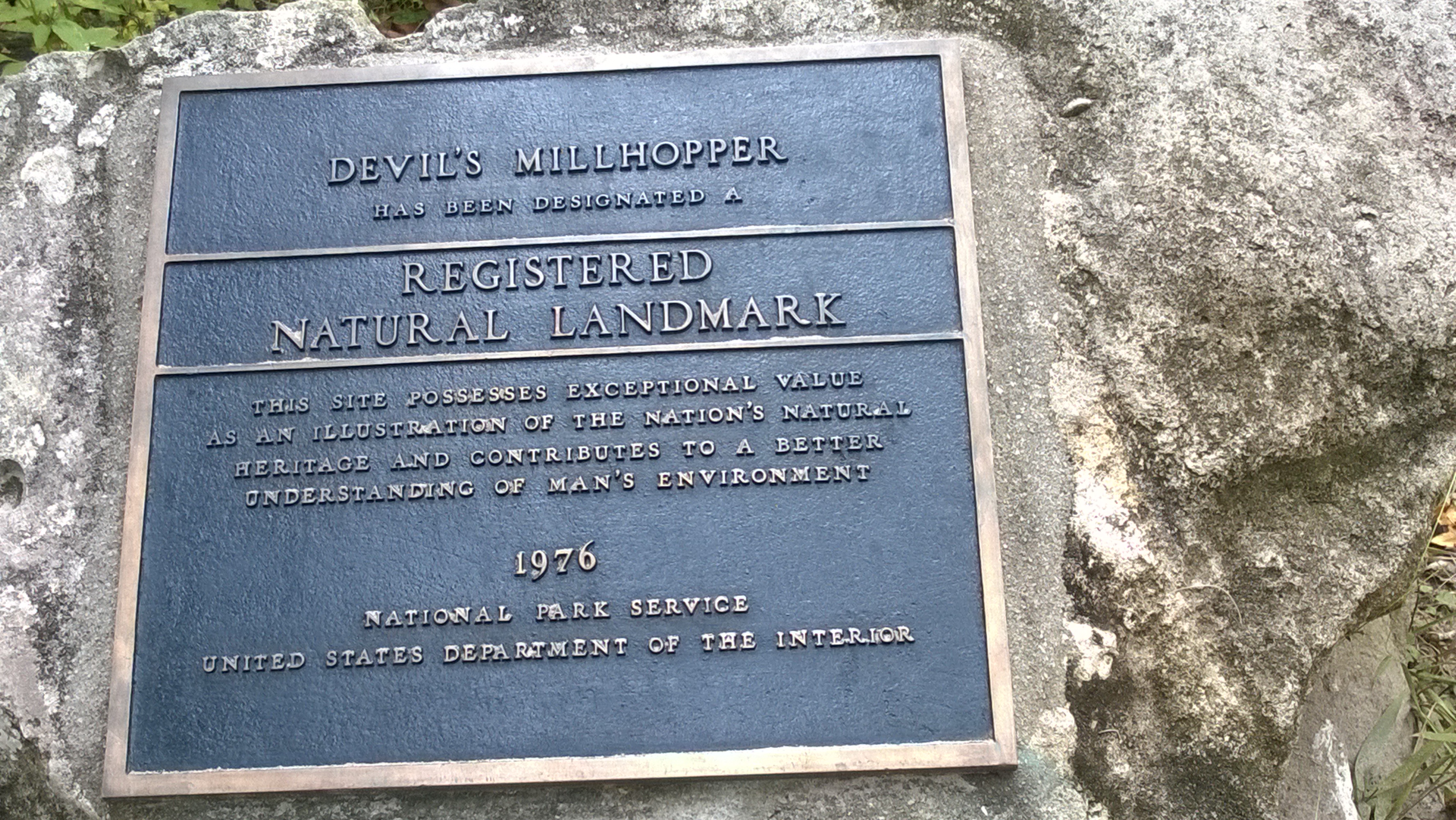 A view of the stairways from the landing. 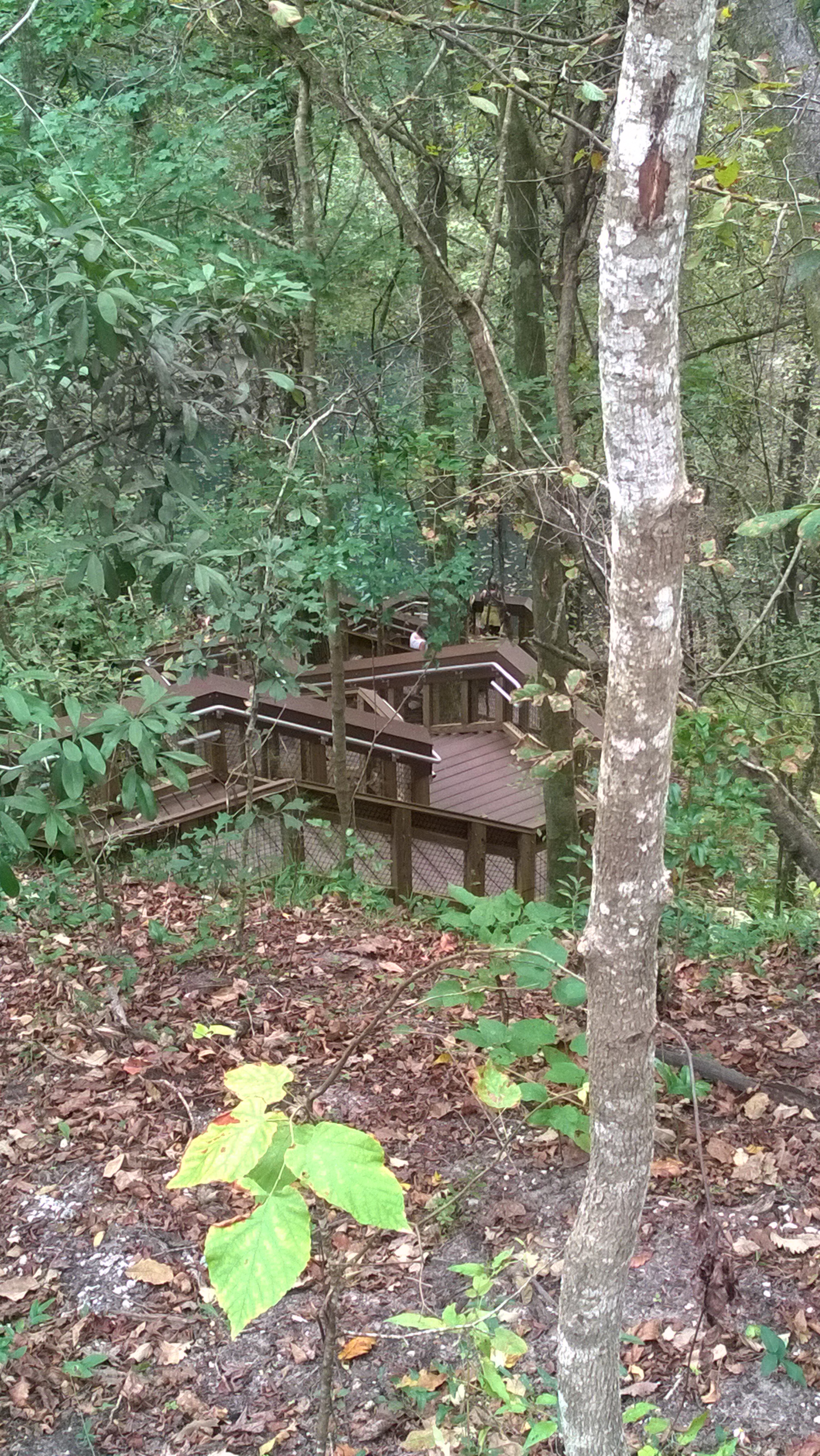 The bottom of the Millhopper. 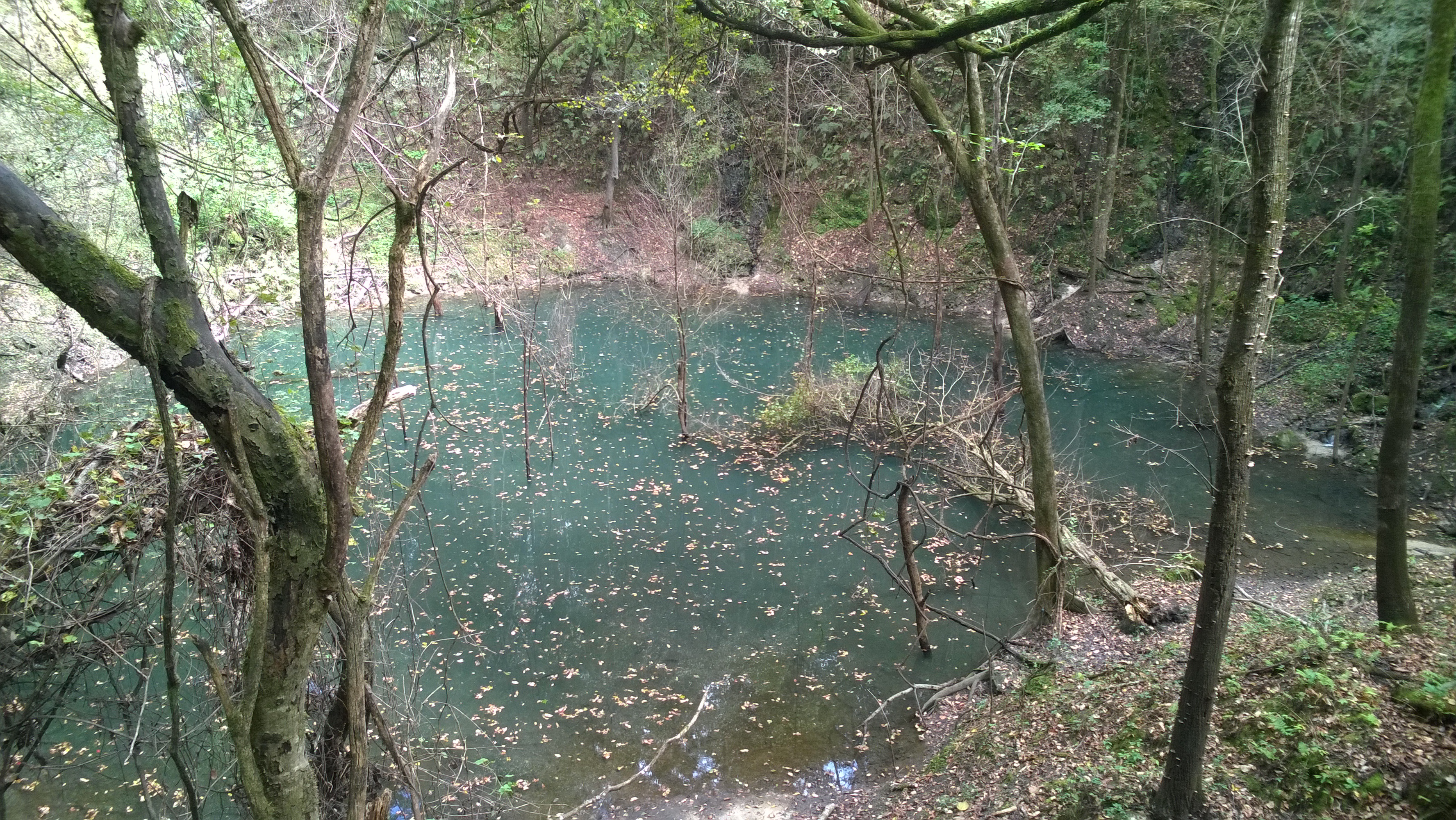 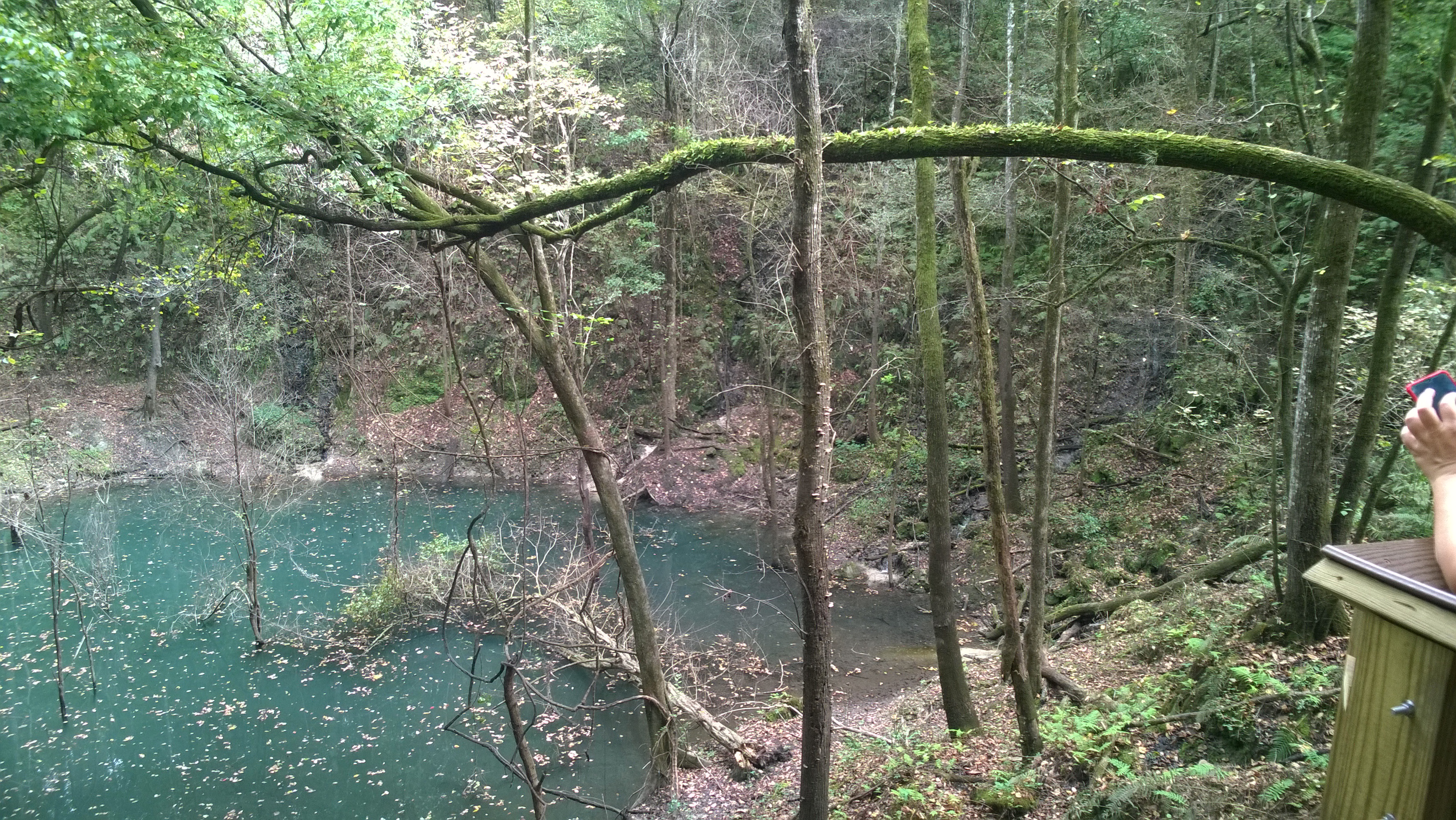 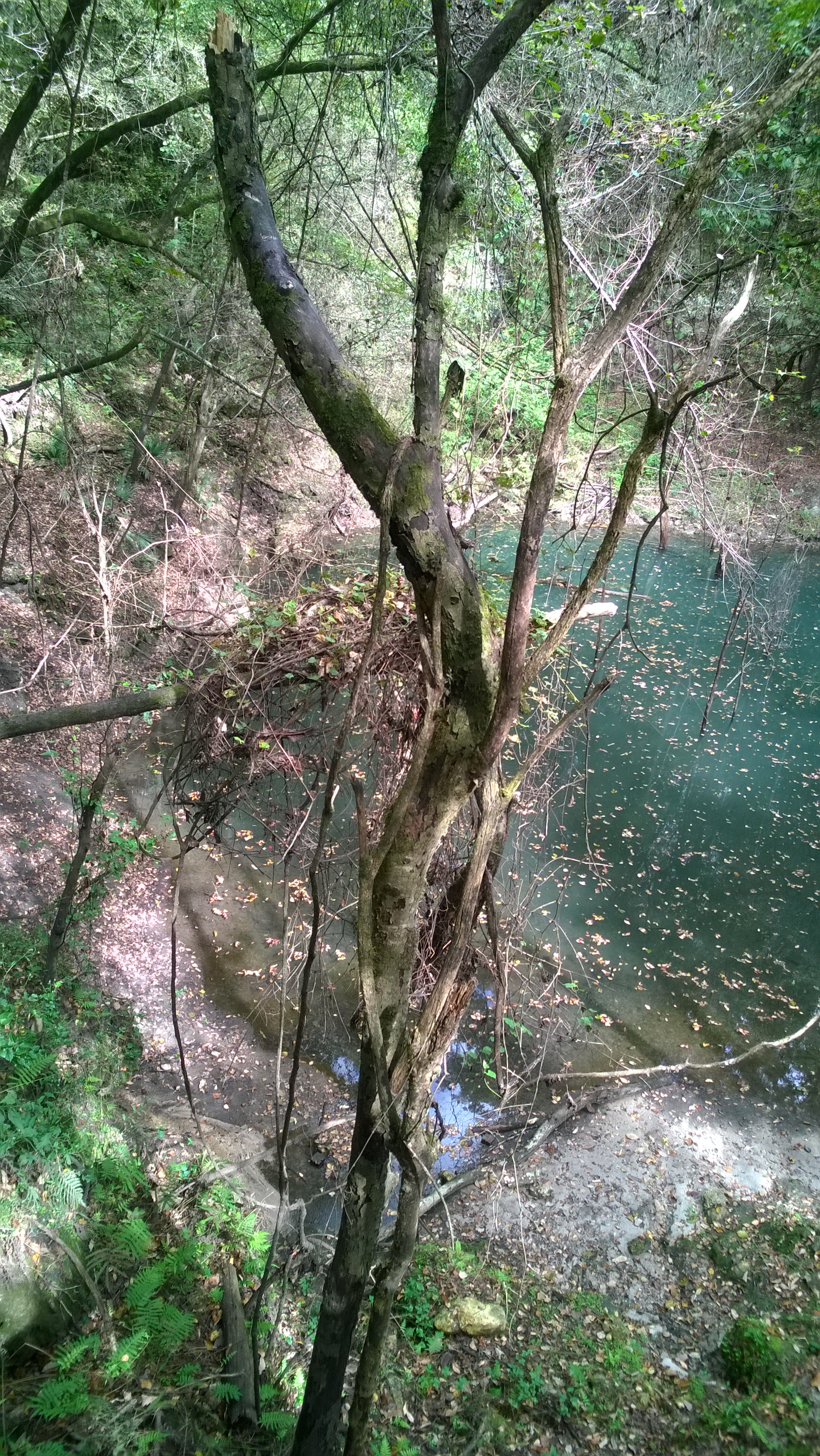 One of the many small waterfalls. 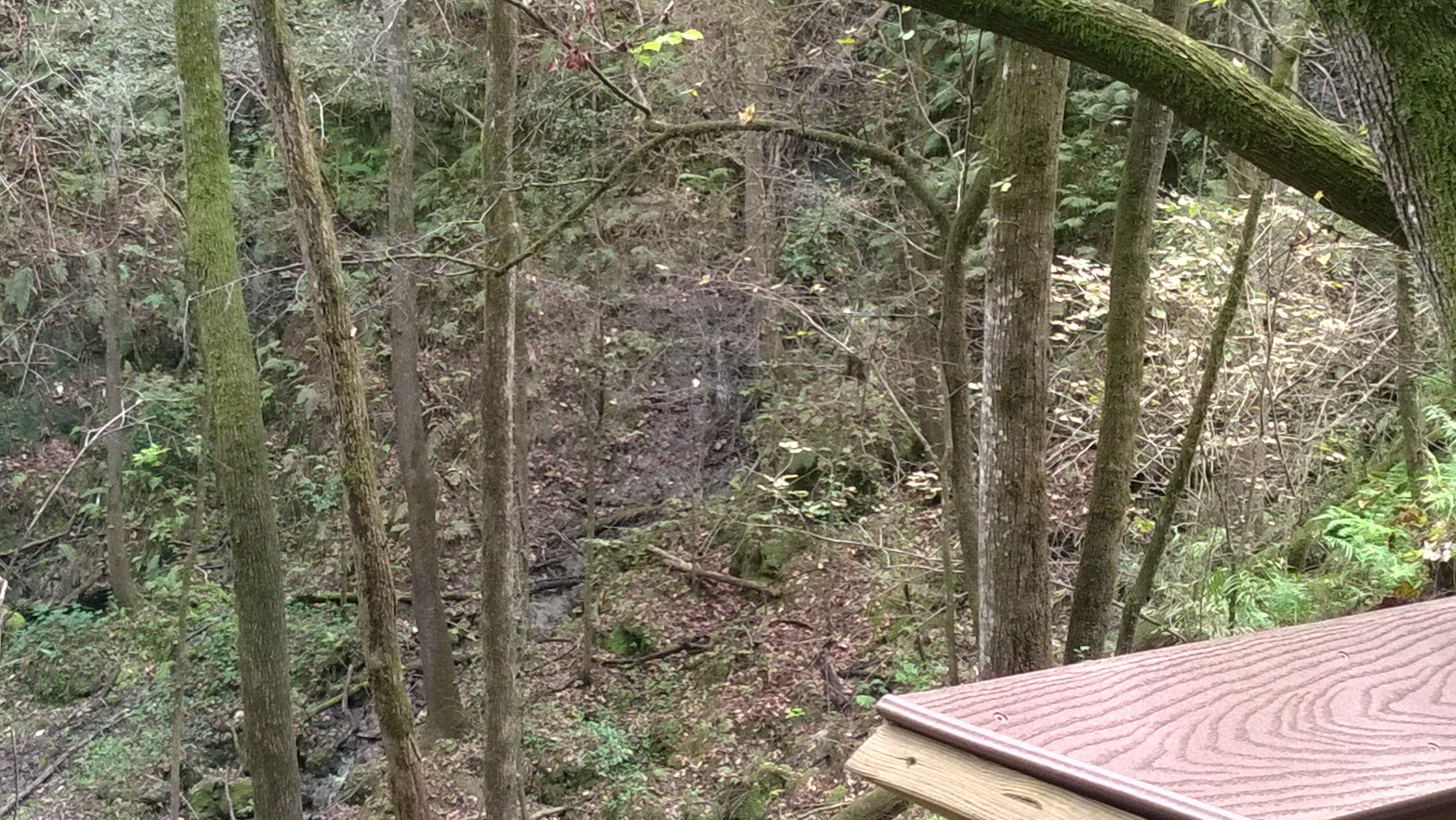 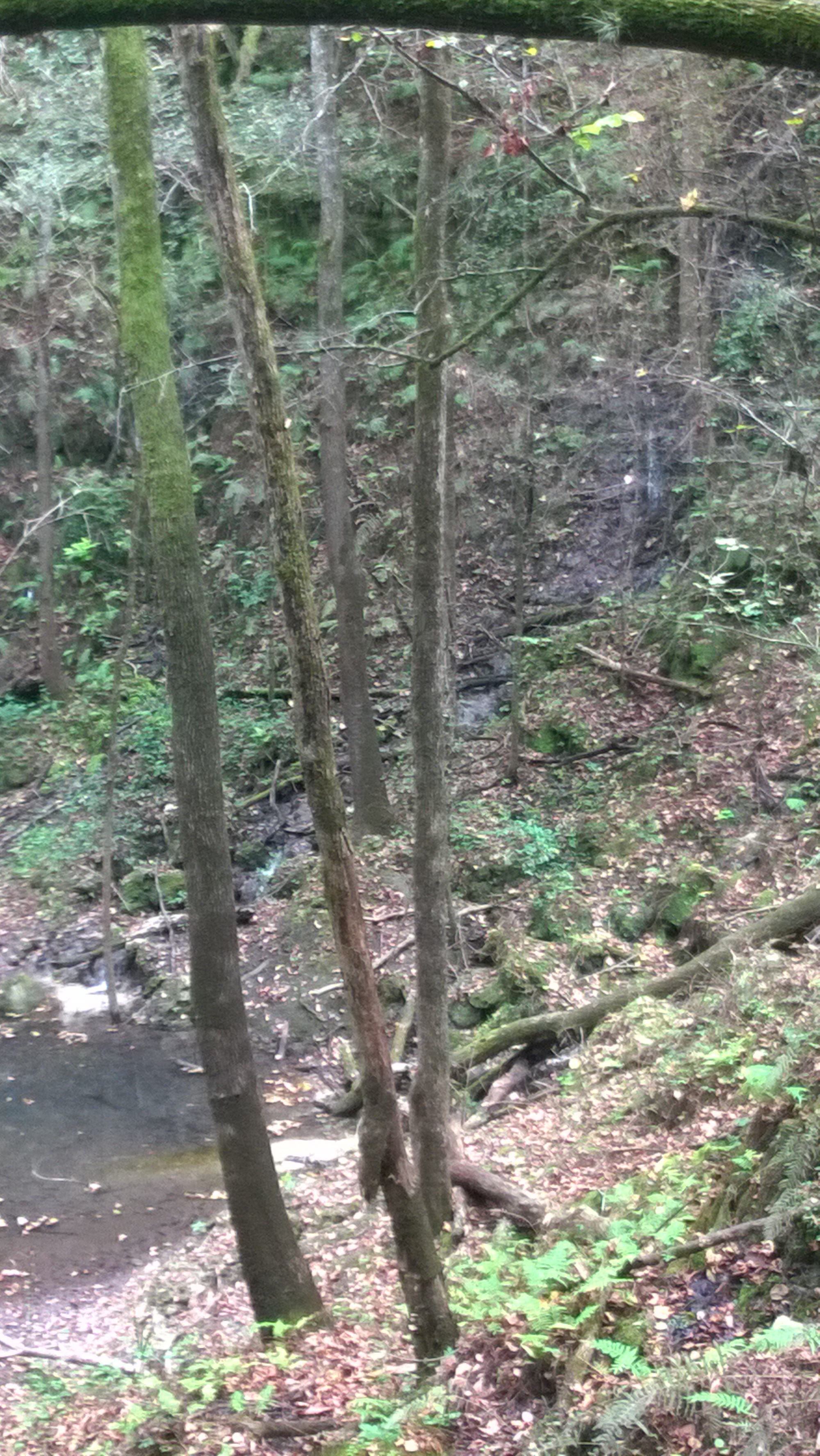 The city of Gainesville, Florida is not a typical topic of conversation, unless someone is considering their children’s futures and which colleges to attend. When you picture Gainesville, as a city, you think of the area surrounding the University of Florida. One might picture the main road, a major exit off of Interstate-75, called Archer Road. This is where the metropolis that Gainesville has become is centered. There’s Shand’s Hospital, which encompasses numerous city blocks. Any restaurant you can imagine is within your grasp, and the shopping mecca that consists of more strip-malls than Las Vegas could ever contemplate possessing exist between Archer Road and Newberry. Most would consider that this all there is to Gainesville; a college student’s dream. Yet, once you drive past all the glitz and glamour; you will be surprised to find some of the most beautiful and natural rural areas that Florida has to offer. The Devil’s Millhopper Geological State Park is one of these wonders, and surprisingly, most people do not even know it exists.

Just a few miles from the modern city, you will find preternatural forests and rivers hidden in low-sloping hills and thick brush. To this day, in Hogtown Creek, visitors are able to sluice through the sediment and find Megalodon teeth that are larger than your entire hand.  Even the sinkhole known as The Devil’s Millhopper is estimated to have its origins in history, roughly ten to fifteen-thousand years ago. Patrons have been known to discover bones and fossils within the earth at the bottom of the rainforest-like sinkhole. But this park boasts of eras past that have embedded their intrusion upon the lush, dense forest. (http://www.devilsmillhopper.com/)

Just as the circles within a cross-cut tree trunk can speak of past eras, the natural foli age and indigenous fauna does just that in this miniature rainforest-like microenvironment. Catleaf pines are no longer abundant, as they once were, and show the evidence of the Turpentine Industry and how it affected rural Florida. These pines, in particular, were the main source of the raw materials in the manufacturing process of turpentine. (Gannon, Michael 2018)

The city of Gainesville, Florida is rich with history. Dating back to when it was a Seminole Indian village (the county of Alachua), and then progressed into a pioneer settlement in 1820, named “Hogtown”. During the Second Seminole War, Fort Hogtown was erected for a regiment of riflemen. Gainesville, itself, became a city in 1854, a few miles east of the Hogtown location. (https://www.legendsofamerica.com/fort-hogtown-florida/)

The Devil's Millhopper originally opened to the public in the 1880s. During the Great Depression of the 1930s, the Civilian Conservation Corps was established by the Federal government as a way of helping supply much needed jobs. This corps went to work building stairs, bridges, and other structures to help improve accessibility to national parks. The original stair structure inside the Millhopper was constructed by the CCC. From 1933 to 1942, the CCC helped over three-million young men find work. Talk about a great asset which began with a “New Deal”, and extended into making state parks accessible and available for the public! (Florida Historical Society, myfloridahistory.com)

The Devil’s Millhopper was not officially established as a state park until the year 1973. At this point, the stairs to the bottom of the sinkhole counted 232 stairs. They descend, and then ascend through the entire circumference of the funnel. In fact, that was part of the reasoning for its name, as it resembled the “hopper” used to funnel grains into the grain mills. The “Devil” portion is steeped in local legends focusing on ancient, indigenous peoples.

To this day, it’s said, that the weeping of water from the stones along the slopes of the Devil’s sinkhole are the tears the Indian braves shed for the beautiful princess.” (Rebecca, Travel, U.S., “The Legend of the Devil’s Millhopper”, October 14, 2016)

Truth be told, Florida is supported by limestone, as opposed to bedrock or any other more solid base. Sinkholes are a regular occurrence in most of the state. What sets The Devil’s Millhopper apart is that it is 120 feet deep (https://www.floridastateparks.org/) and 500 feet across. It has not filled, as many sinkholes do, with water and become a lake. Though the original staircases were ruined during Hurricane Irma and had to be replaced; the geological park is now back open for business. As opposed to the original 232-step staircase, The Devil’s Millhopper now consists of a 132-step elevated path. It allows patrons to scale the depths of the sinkhole, though it is no longer as far down as was previously accessible. (Aumick, Amy 2017)

Along with the indigenous plants and trees, you can see salamanders and other species of amphibians. You may come in contact with deer or wild turkeys. Not only is the wildlife amazing, but you also have access to hiking areas and can learn more about The Devil’s Millhopper Geological State Park through interpretive displays throughout the park. (Friend, Sandra 2017, “Florida Hikes”)

So, after you have visited the theme parks and shopping meccas, take some time out to discover this rather incredible mini rainforest in the heart of the Sunshine State. You will not be disappointed and might just get a break from the hustle and bustle in one of the most underrated, beautiful state parks available for your viewing pleasure.

9 a.m. to 5 p.m. Wednesday through Sunday. The park is closed Monday and Tuesday.