Created following the deadly 1996 fire that killed nine people at a fireworks store in Scottown, this memorial was dedicated to honor those who were lost and help community and family members begin the healing process. The memorial is relatively small but reminds a community that safety is mandatory and the lives lost will never be forgotten.

Scottown Memorial view from the front. This shows the list of names of the people that passed away during the fire along with the date and quote. 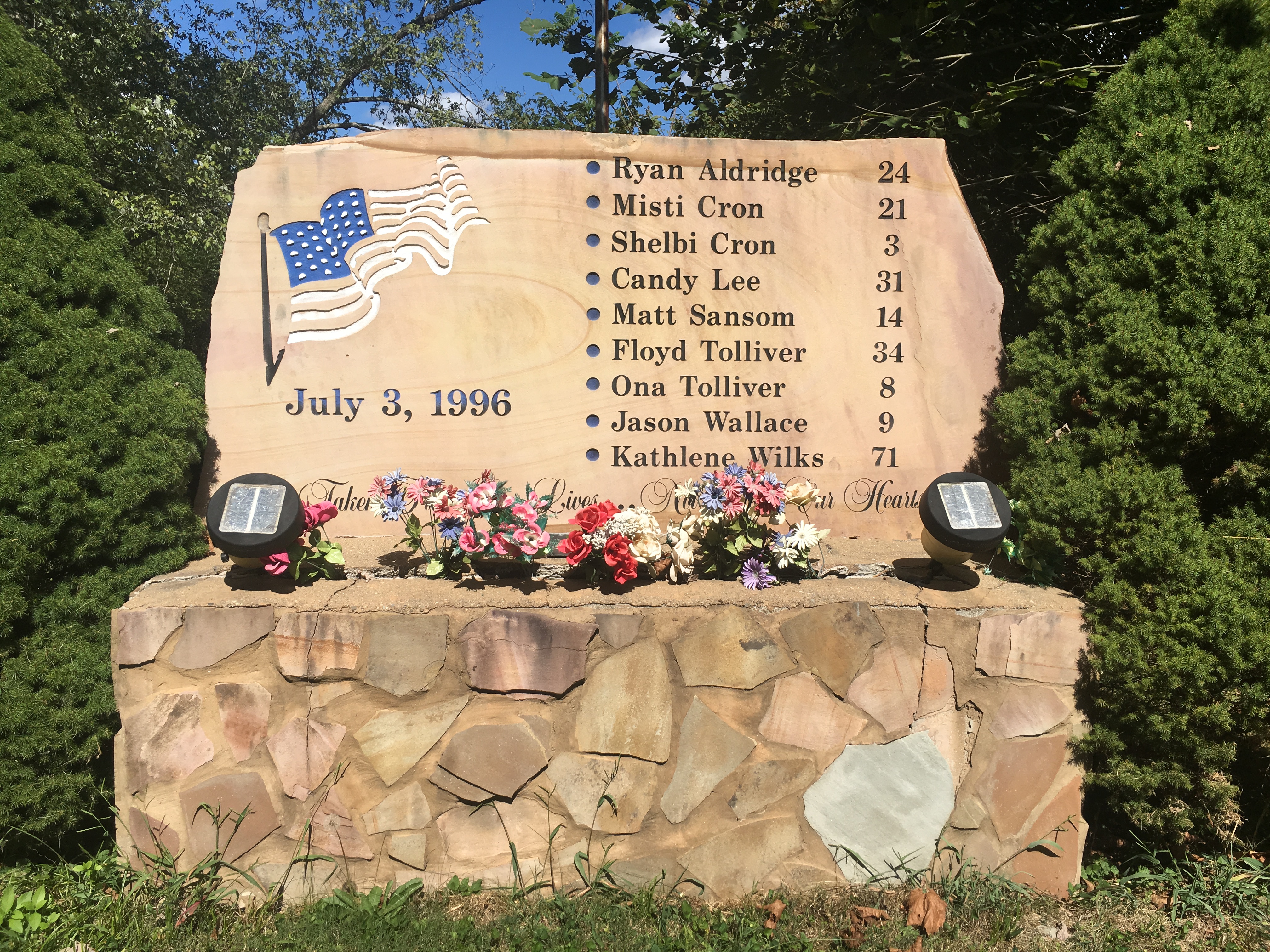 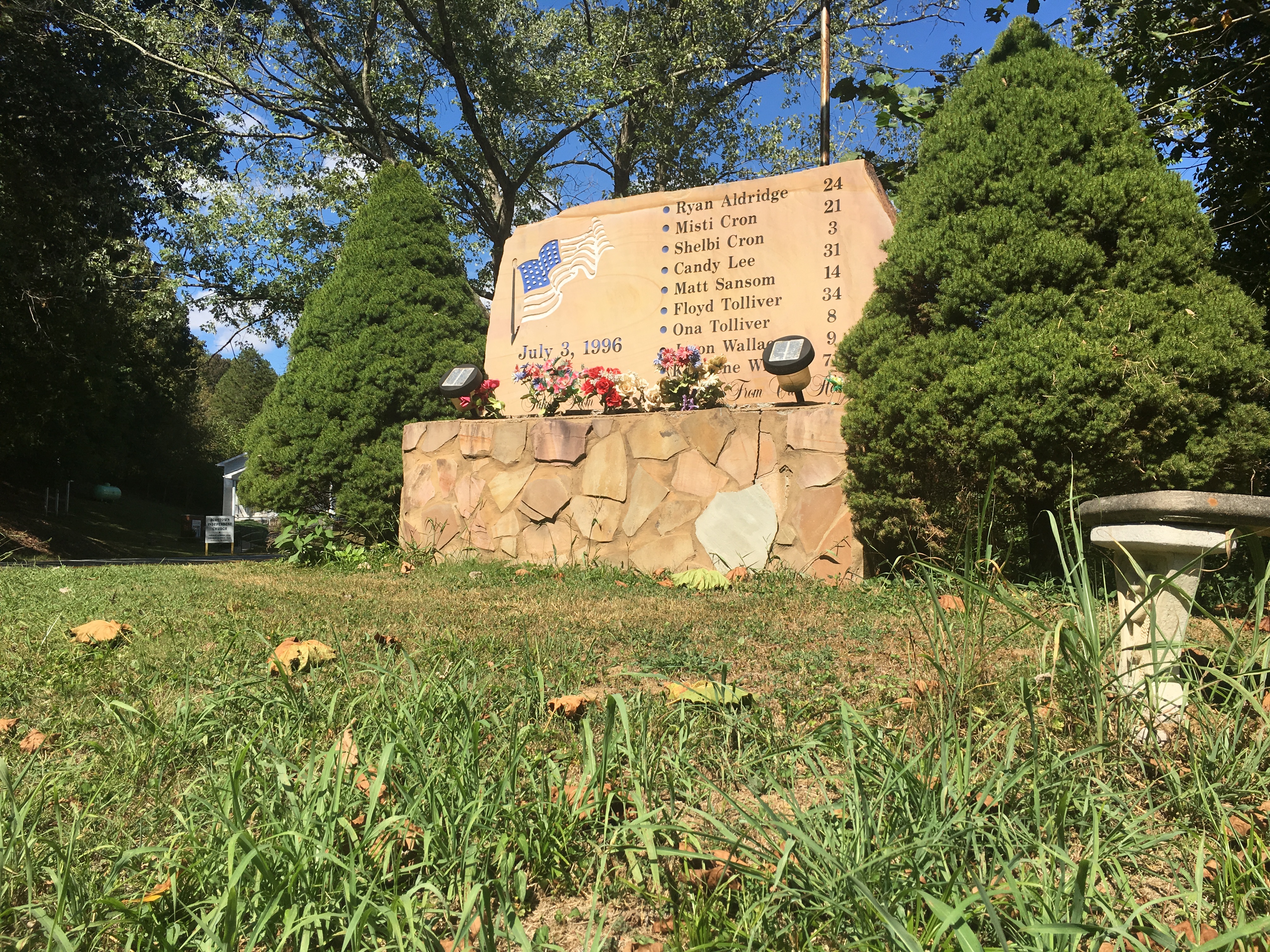 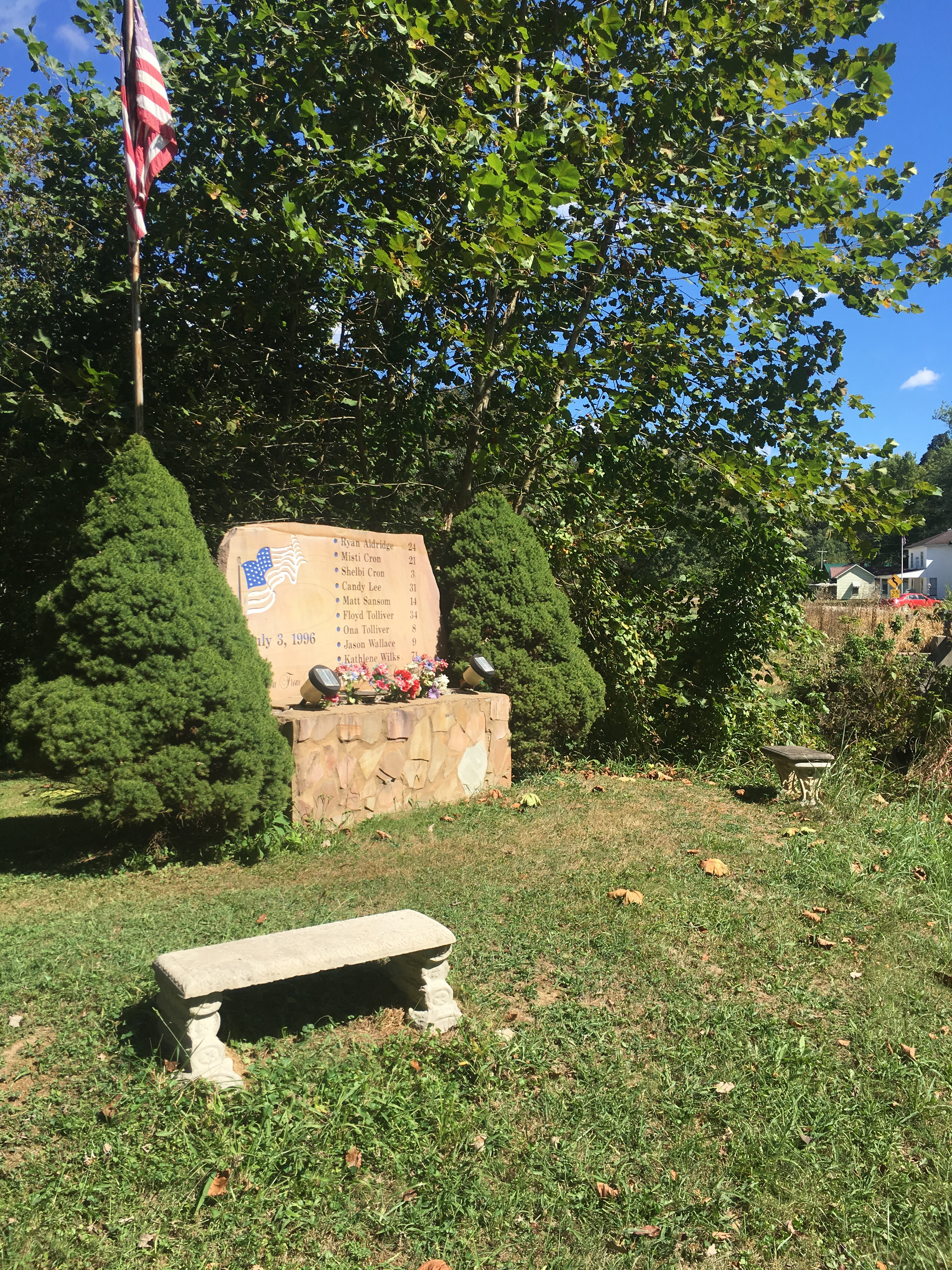 This shows the first responders view of what the chaos looked like after the fire started. 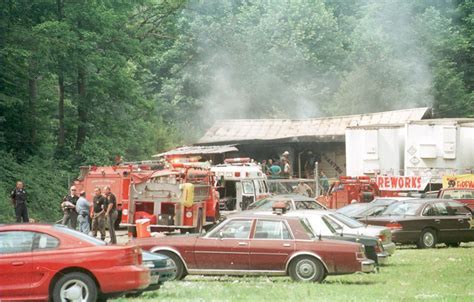 This is an overhead view of the buidling and the surrounding area around it. The event was told across trhe country and was published in newspapers such as the Los Angeles Times 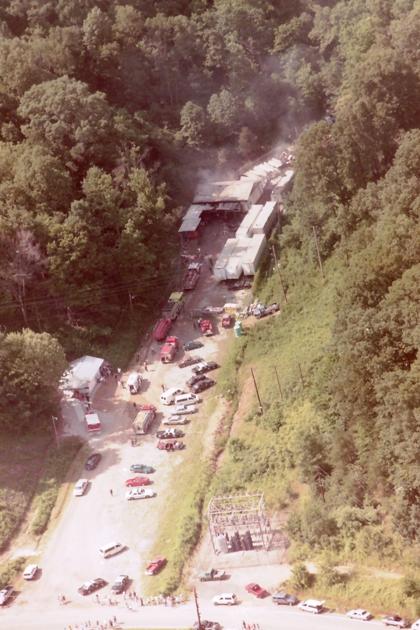 The history behind it is indeed confusing and heartbreaking. Many claims say different things about who caused the fire to start, but the main culprit behind it was a young man named Todd Hall. He lit a cigarette within the gun powdered filled shop and a fire quickly erupted. In the chaos that ensued nine people died and eleven were injured. A court case brought against Hall never caught any momentum because he had a brain disability.

The lives lost from children to the elderly. Their ages are shown on the memorial and at the bottom a quote reads “Taken from our lives…not from our hearts.” The memorial itself sits in a high traffic area where many stop to pay their respects. What is difficult to understand today, was that the building was not an easy one to escape in case of a fire. While one exit was covered in flames there was only one way out and cause children to get trampled. It was not a tent either, it was a concrete building in a valley where the smoke could not escape the room as well. The tragic event took place on July 3rd of 1996, which just passed its twenty third anniversary.

One person who the disaster effected personally was Justin Berry, who is a resident of Scottown Ohio, and has provided this entry with his side of the story regarding the days before and after the tragedy. He also spoke of present day remembrance as well. He recited a story of how he was begging his mom to go to the fireworks store that day and went to his cousins to beg him too. As they were getting in the car to go the store, many firetrucks and police vehicles went zooming by in the direction of the store. While Mr. Berry was joking at the time his cousin uttered the sentence, “I bet it is that fireworks store." Later it came to be true, and he states also that the town was in uproar over the incident. He said, “fire code was an issue because the sprinkler systems did not work properly, and to go along with that some people were frustrated because they felt like some local people used their pull to get some of the kids out of trouble that were involved the fire."