The house, constructed in 1831 by Nathaniel Gookin Upham, stands as Concord's last remaining Federal-style house. Upham served as an associate justice of the New Hampshire Supreme Court and also sat on international tribunals. The Rev. Sheafe Walker, a prominent Episcopal minister, and Dr. Charles Rumford occupied the house in later years. Today the house functions as a facility serving the state legislature. 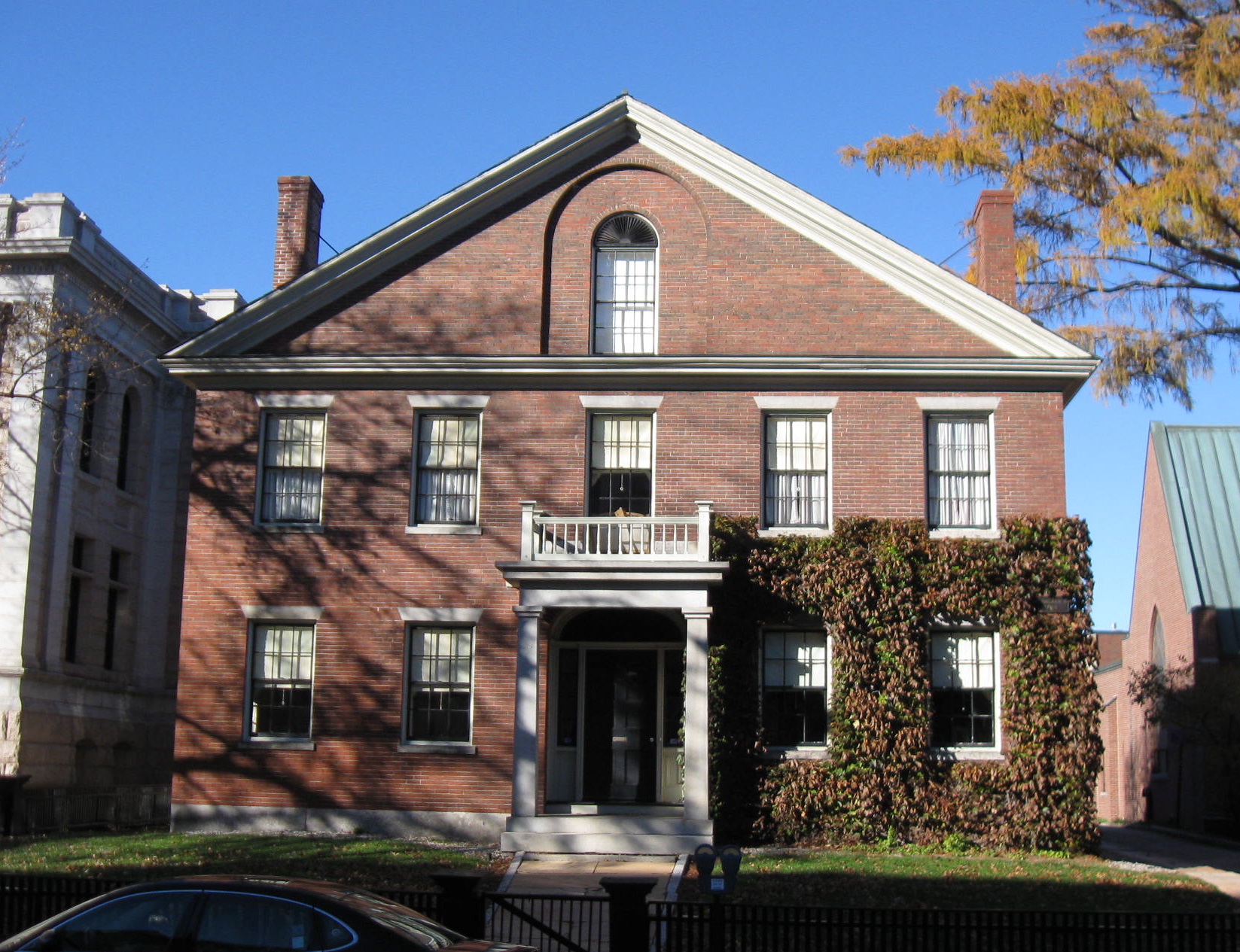 The Upham-Walker House, constructed in 1831 is the town's last standing Federal-style home. The house, designed and built by its first owner, Nathaniel Gookin Upham (1801-1869), embodies the style and manner of a home for those with means during the 1830s.

Upham, born in nearby Deerfield, attended Dartmouth College where he studied law. After graduation, Upham trained as a lawyer in Rochester, New Hampshire before coming to Concord in 1829 where he established a successful legal practice. Four years later, in 1833 and at the age of 32, New Hampshire appointed Upham to serve as an associate justice of the state Superior Court.

The second part of the Upham-Walker House name comes from the Rev. Sheafe Walker (1888-1978), who occupied the house after Upham and was a prominent minister of the Episcopal Church. Walker served as curate of Christ Church in New Haven, Connecticut; curate of St. Luke's in Germantown, Pennsylvania; a chief priest at St. Mary the Virgin in Baltimore, Maryland; and then for over 25 years as rector of Christ Church in Portsmouth, New Hampshire.

Nathaniel G. Upham's grandson, Charles Rumford Walker, M.D. (1852-1922), also lived many years in the house. Dr. Walker studied medicine in several, prominent locations such as Harvard Medical School and schools located in Dublin, London, Vienna, Heidelberg, and Strasburg. His principal medical specialty involved surgery; his success in the field gained for him the opportunity to serve as president of the New Hampshire Medical Society for two years (1899-1900).

In short, the house not only serves as a reminder of the Federal-style homes occupied by many with means during the 1830s, but also as a monument to significant figures in Concord who served the legal, medical, and spiritual community.