John Slidell was involved in one of the most impactful, yet lesser known events during the Civil War, the Trent Affair. Prior to that, he was a US Diplomat during the Mexican-Mexican War. Slidell served in both the US House of Representatives and US Senate on behalf of his home state of Louisiana. Once considered the most powerful man in the US Senate, when the Civil War broke out, he sided with the Confederacy and became a diplomat to try to gain support from European countries. 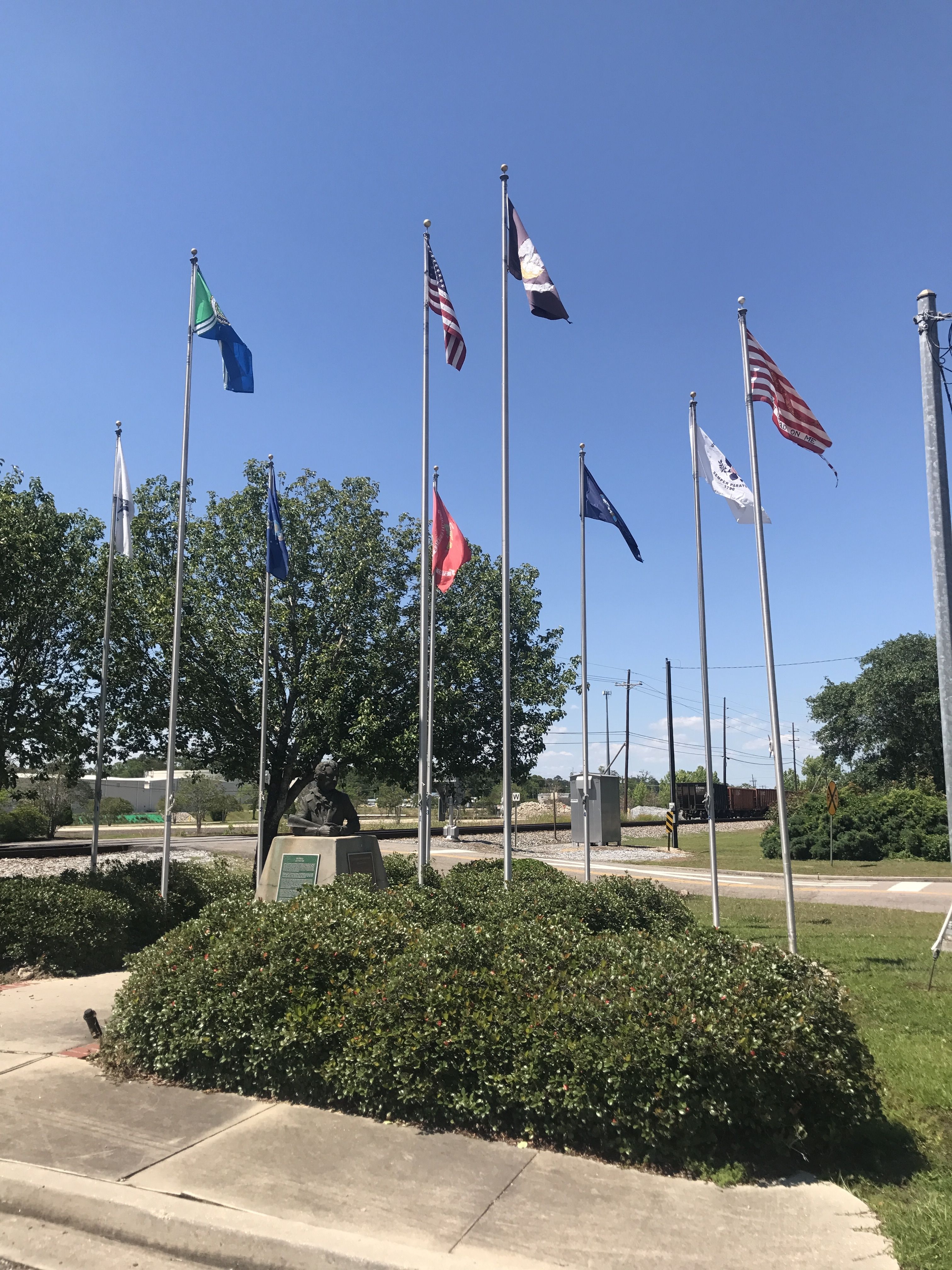 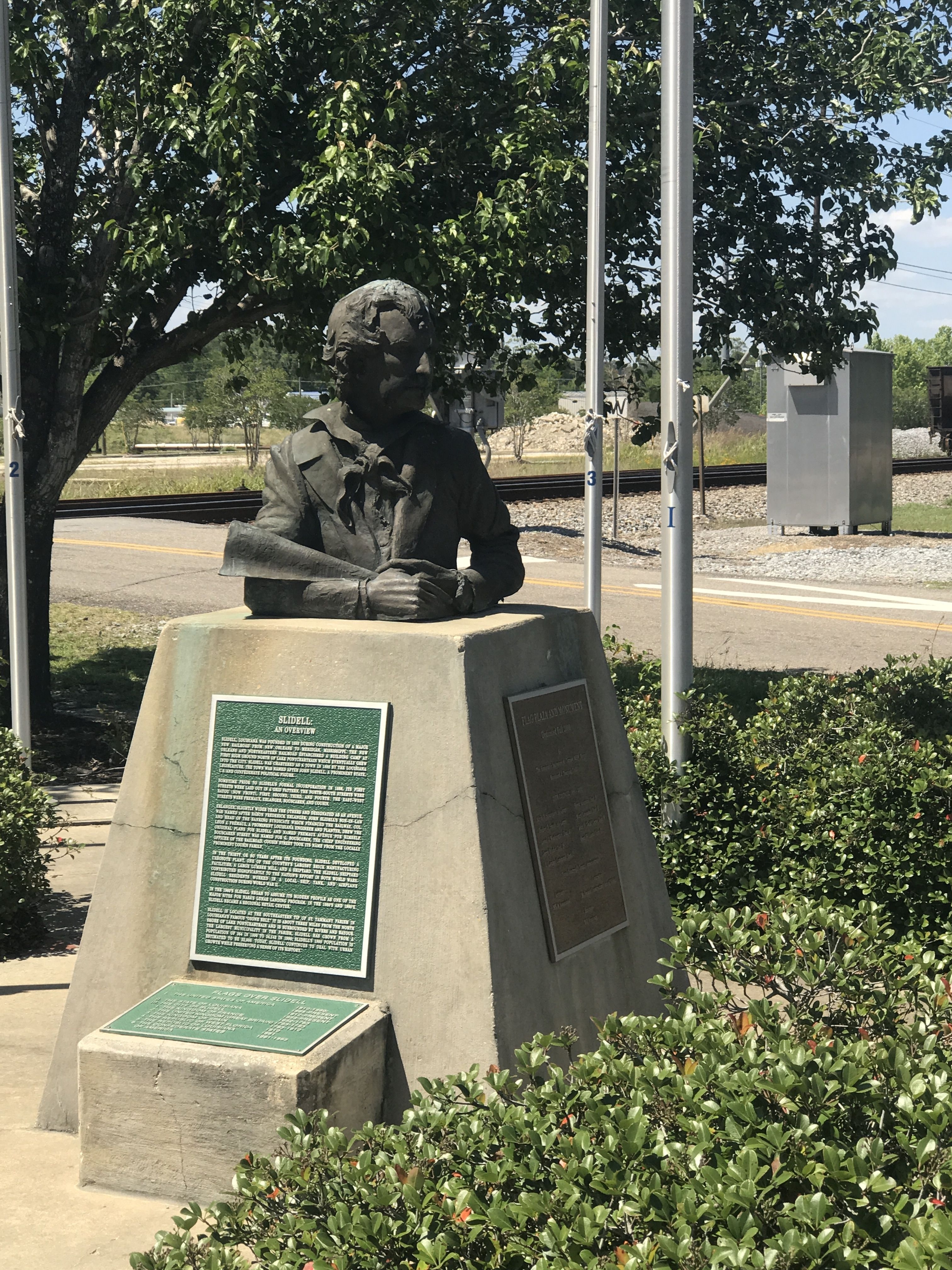 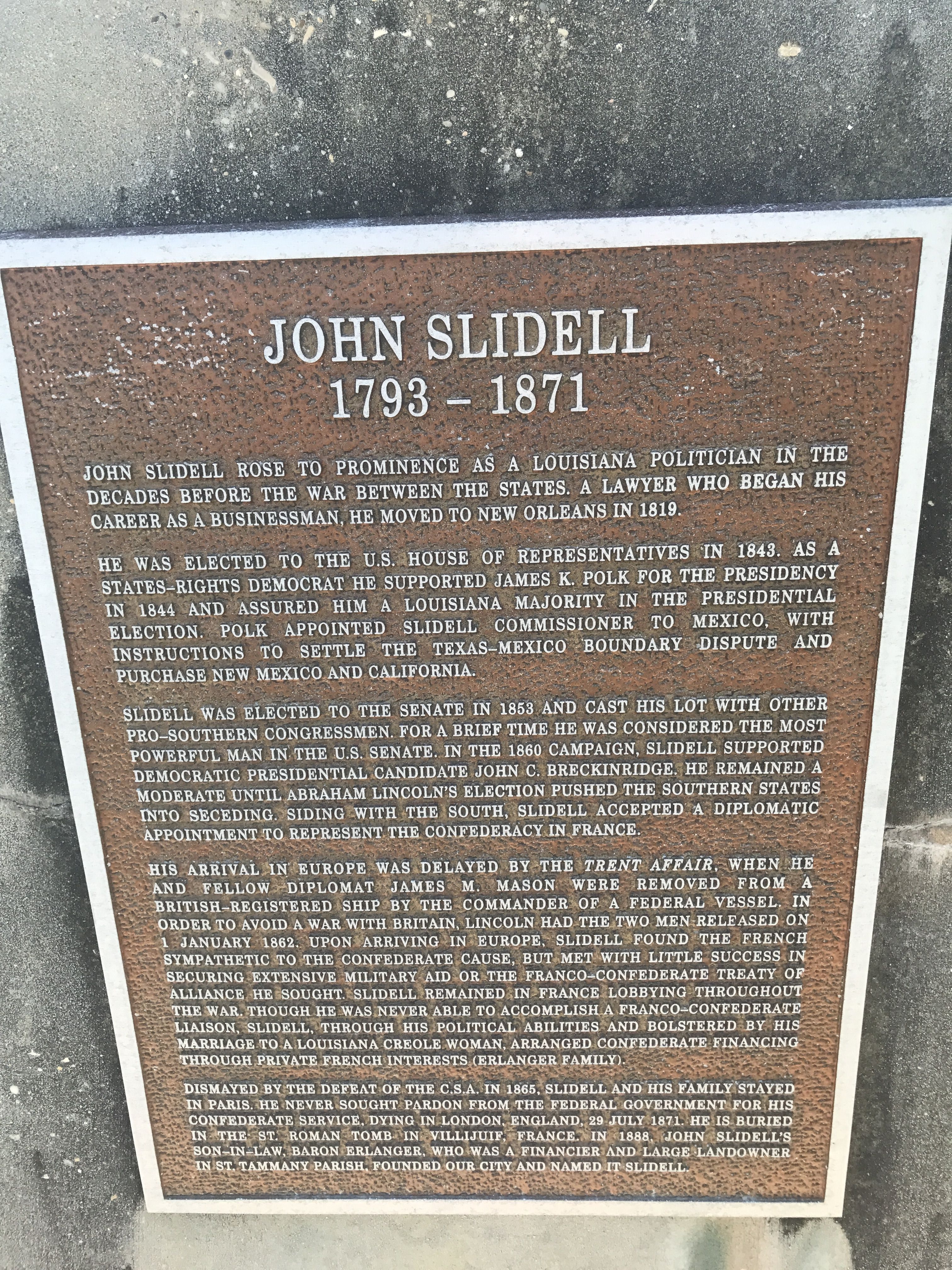 John Slidell was born in New York City in 1793. He was a businessman prior to becoming an attorney, but during the War of 1812, his business failed. This led to Slidell moving to New Orleans, LA in 1819 to seek new business opportunities and practice law. During his time in New Orleans, he became a prominent member of the community and started pursuing political ambitions running unsuccessfully for the House of Representatives in 1828. He ran several more times for the House and Senate until 1843 when he finally won a seat in the House.

In 1845, Slidell was commissioned by President James Polk to negotiate with Mexico over the annexation of Texas and ease tensions to try to avoid war. The Mexican government refused to receive Slidell. Upon his return, he urged President Polk that more drastic measures were going to need to be taken against the Mexicans. Shortly afterwards, came the Mexican-American war.

Slidell was then appointed to the US Senate in 1853 to replace Pierre Soule, who resigned to become to US Minister to Spain. During his Senate years, Slidell was one of the most influential members of the Democratic party. It is said that he was one of the driving forces behind the nomination of James Buchanan and because of that, carried a lot of weight during Buchanan's administration.

When Louisiana seceded in February of 1861, Slidell resigned his Senate seat and began his service as a diplomat for the Confederacy. His specific assignments to were to gain support and recognition from the British and French governments. During his mission, he and fellow diplomat, James Mason aboard the RMS Trent bound for England were intercepted by the USS San Jancito and taken prisoner by Union forces. They were incarcerated at Fort Warren in Boston, MA. The British government in response amassed 11,000 troops on the Canadian border and accused the US of violating international law. Lincoln was quoted as saying, "One war at a time." and released Mason and Slidell in secret and let them return to the south. This incident became known as the "Trent Affair". An interesting side note, it was not long after the Trent Affair, that Lincoln first proposed the idea of the Emancipation Proclamation, which most people don't realize was a purely military resolution. Secretary of State Seward urged Lincoln to wait until there was a Union victory prior to its announcement. In doing so, Lincoln effectively took away any hope the Confederacy would ever gain support from Britain or France. From an international standpoint, there is no way those two countries would align against the Union who had just made a promise to abolish slavery.

Though he was unable to get the level of support he wanted from France, Slidell remained in Europe until his death in 1871. He died in Cowes, Isle of Wright, England at 78 years old. For his contributions to Louisiana, the city of Slidell, LA bears his name and this marker was erected in his honor.