The Wick Building as it currently stands. 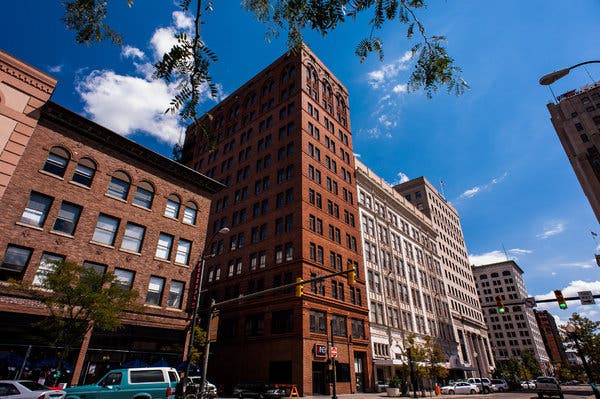 The Wick Building is the second tallest building in downtown Youngstown Ohio and has a storied history as the home of many different businesses before its current adaption as an apartment complex. The Wick building was financed by George Dennick Wick, designed by Daniel Burnham, and completed in 1910.

The Wick building was originally used as the home of the Wick Brothers Trust Company. The Wick family has been an influential family in the Youngstown area throughout its history. George Wick was notable for his involvement the iron and steel industry, which was the lifeblood of Youngstown at the time.

The building was acquired by Burdham Bros Inc. in 1969 for $230,000. The building was later renovated from 1988 to 1993 by the Burdham Group in order to sell the property. However amidst scandals from the prospective buyer, the group instead opted to gift the building and its parking lot to the city. The most recent iteration of the Wick building occurred in 2012, when it was converted into apartment buildings. In 2012 the building was sold to Dominic Marchionda of the NYO property group. The original plan was to convert the building into a boutique hotel. The building currently offers 33 apartments and four overnight units.