Construction of the Endicott Hotel finished in 1894 during a time when Concord experienced significant commercial expansion, demonstrated by its architecture with Chicago-School influences and its location near the railroad depot, which had been built in 1885. In fact, it was the first building to emerge solely designed for business. However, an owner change in 1908 led to a renovation that included a conversion of the upper floors to transient apartments (where it also received the name Endicott). Over time, the entire building has since transitioned to apartment housing, not unlike many urban buildings built during the Industrial Revolution.

Endicott Hotel (Blanchard's Block) and nearby house, demonstrating how the Endicott arose as the first commercial building on that section of Main Street in 1894. 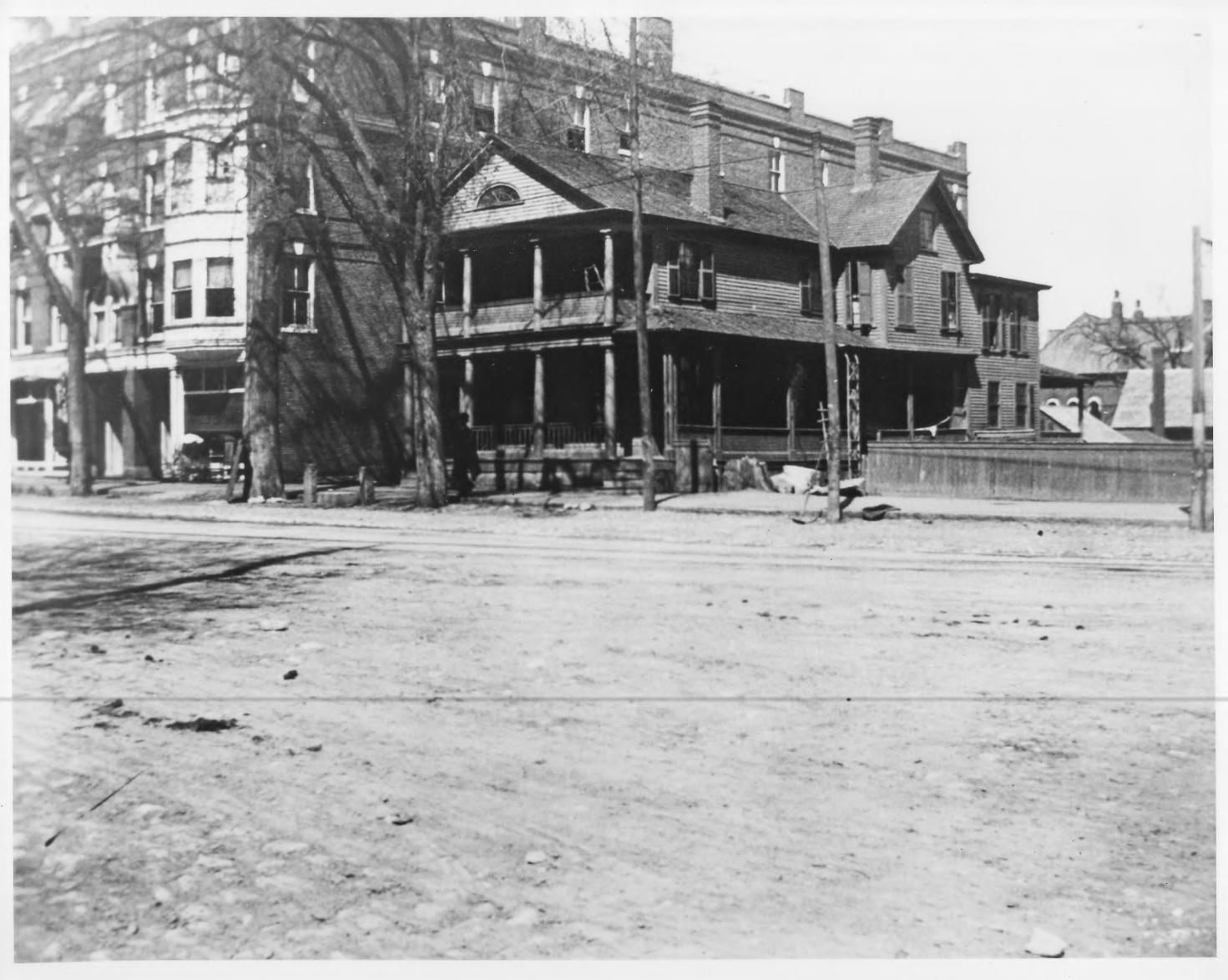 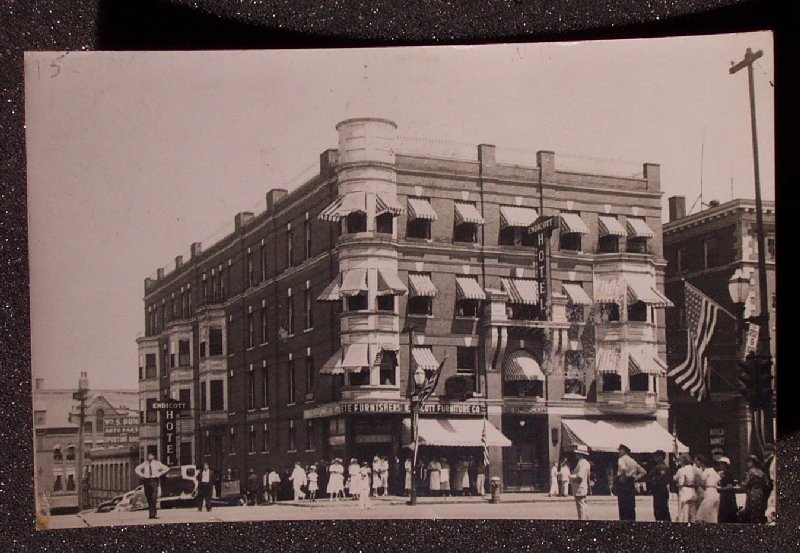 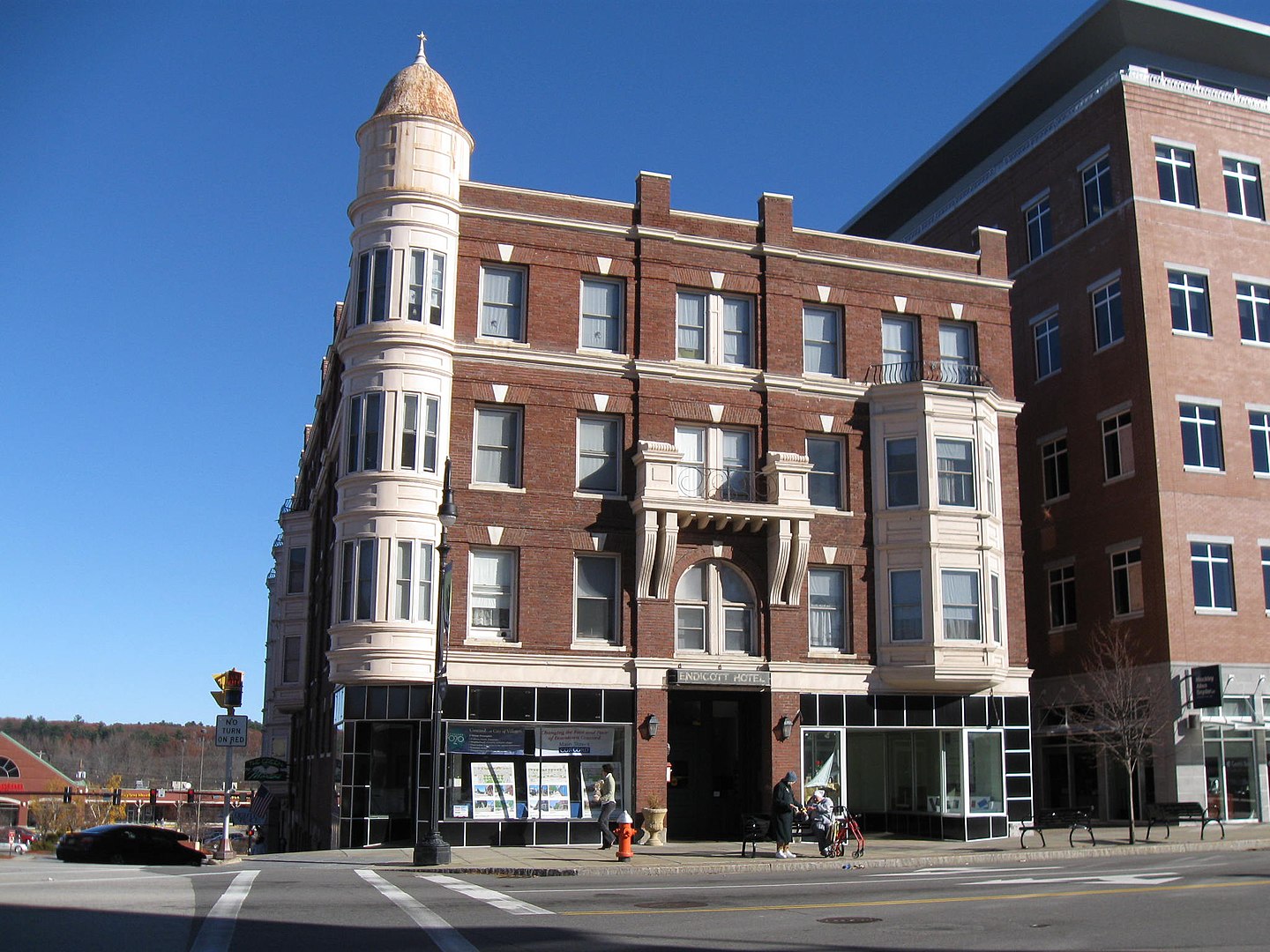 The Endicott Hotel (or Blanchard's Block) appeared during a period in Concord marked by robust commercial development within the downtown area during the late nineteenth and early twentieth centuries. When completed in 1894, the structure existed as the first large commercial building in downtown Concord built solely for commercial purposes. Though Main Street has always served as the center of business activity in Concord, the construction of the Endicott Hotel proved to be the first of many on the south end south of Pleasant Street), pulling the city's commerce activity southward. As well, the building stands as the only known surviving work in the state of the regionally prominent Damon Brothers architects of Massachusetts.

Charles G. Blanchard, the developer and first owner, owned the building until 1908. Built during the height of the industrial revolution, the Endicott Hotel can be tied to the familiar pattern of enjoying a location near a new railroad passenger depot, which in Concord had been built at the east end of Pleasant Street in 1885. Indeed, the town of Concord saw extensive commercial expansion from 1890 to 1920, with the railroad serving as a significant player within that growth. The railroad and increased business development also inspired the town to build trolleys and widen roads, a sign of a social change that increasingly saw the middle class move further distances from their workplace.

Architecturally, the Endicott Hotel mirrors a national shift in style away from Greek Revival, Gothic, or Italianate to forms related to Chicago School that grew exceedingly popular during the Industrial Revolution, notably in downtown centers.

Ex-Governor John B. Smith purchased the building in 1908. Between 1914 and 1920, his family converted the upper stories to a transient hotel, maintaining a connection with the nearby railroad depot. However, the basement and lower stories retained their commercial purposes. Governor Smith gave the building the name "Endicott" as a reference to an early Massachusetts governor who commissioned a group to survey Concord. That name has grown mainly into the name for which most locals refer to the building.

The upper stories of the building were converted to apartments in 1985, and the entire structure was converted into affordable housing (apartments) again in 2013. However, the exterior mainly resembles how it, and other similar buildings of that era, appeared in downtown Concord around the turn of the twentieth century. The Endicott Hotel stands as a monument to the influence of the industrial revolution in Concord from roughly the 1890s through the 1920s.