Dedicated on the 16th anniversary of the September 11th, 2001 terrorist attacks, the Memorial Plaza's centerpiece is a pair of steel rail beam artifacts that were recovered from the rubble of the original World Trade Center in New York City. These artifacts were acquired by local resident and 9/11 first responder, Tom Bowen in 2016. The last artifacts of their kind to be moved from NYC to another permanent location, they were accompanied by a miles-long motorcade until reaching their ceremonial destination of Pullman Square. The Memorial Plaza is located in Spring Hill Cemetery not far from Spring Hill Memorial Bell Tower. It is registered under the 9/11 Memorial & Museum Registry. 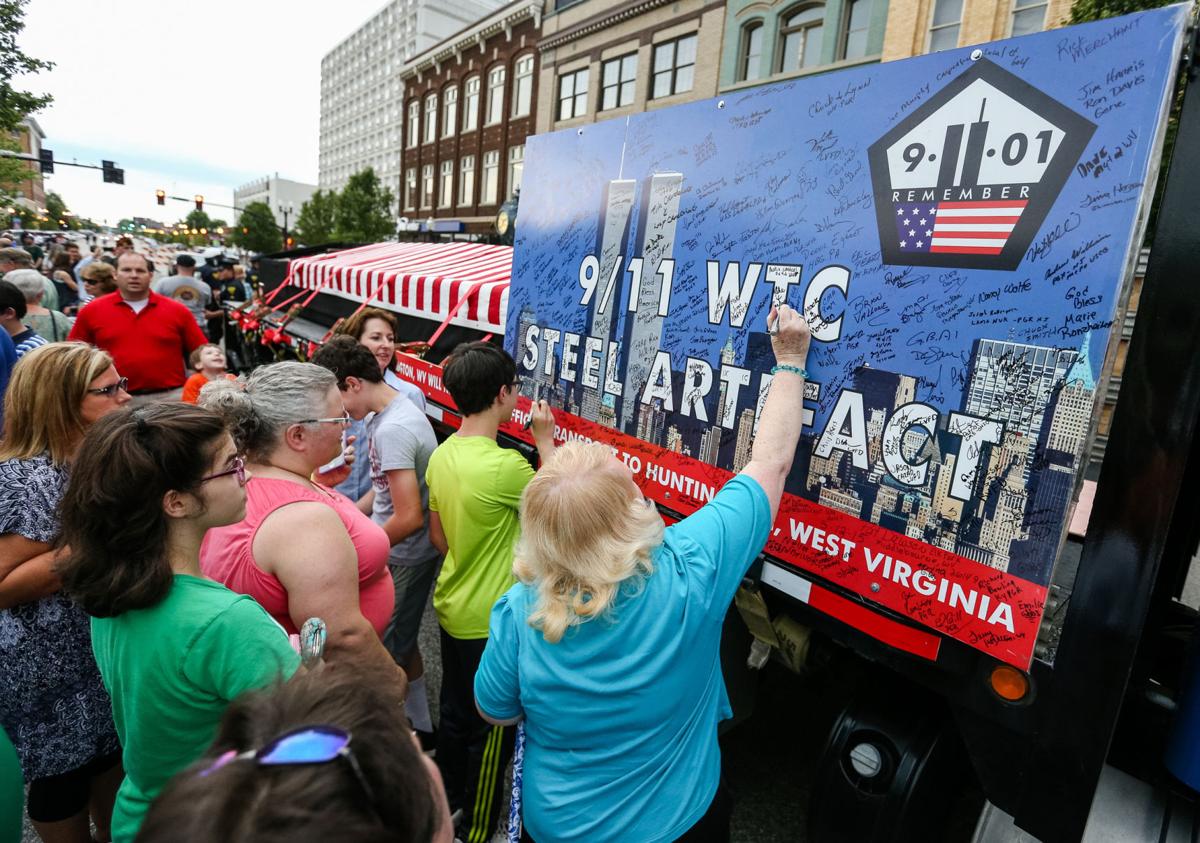 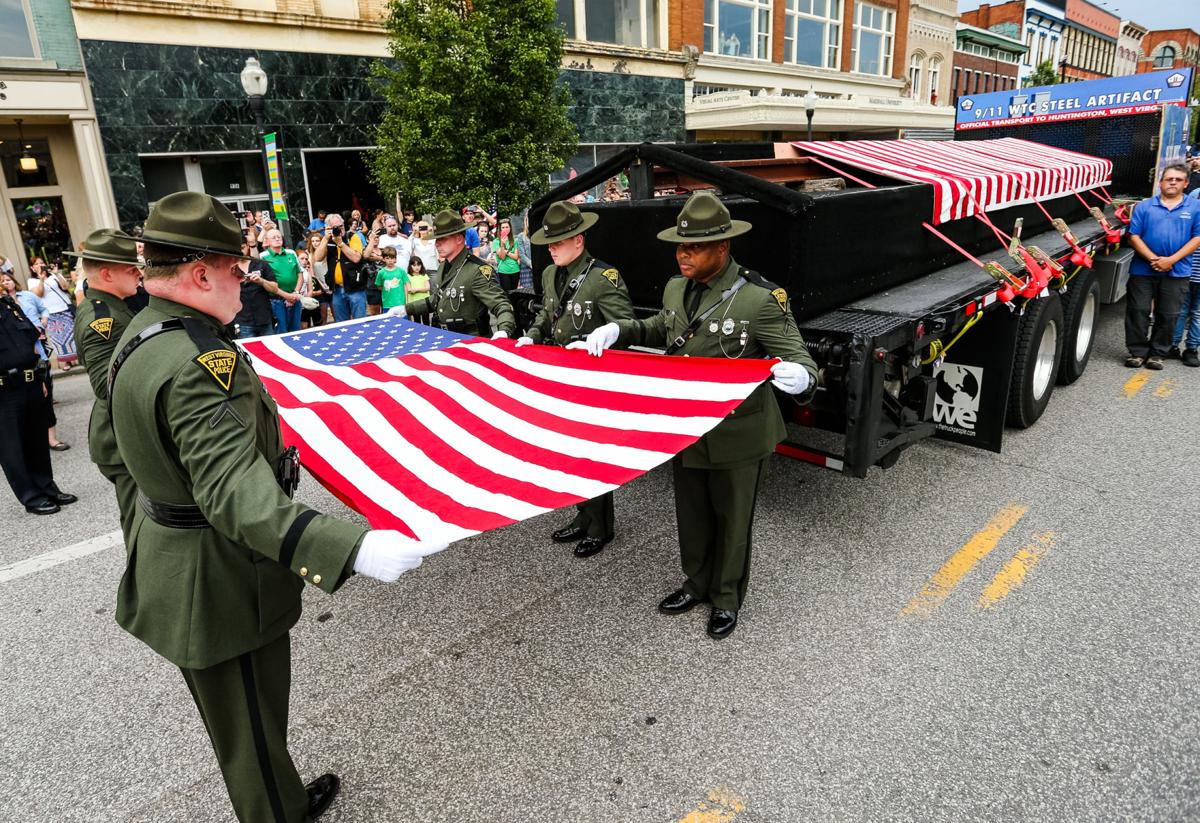 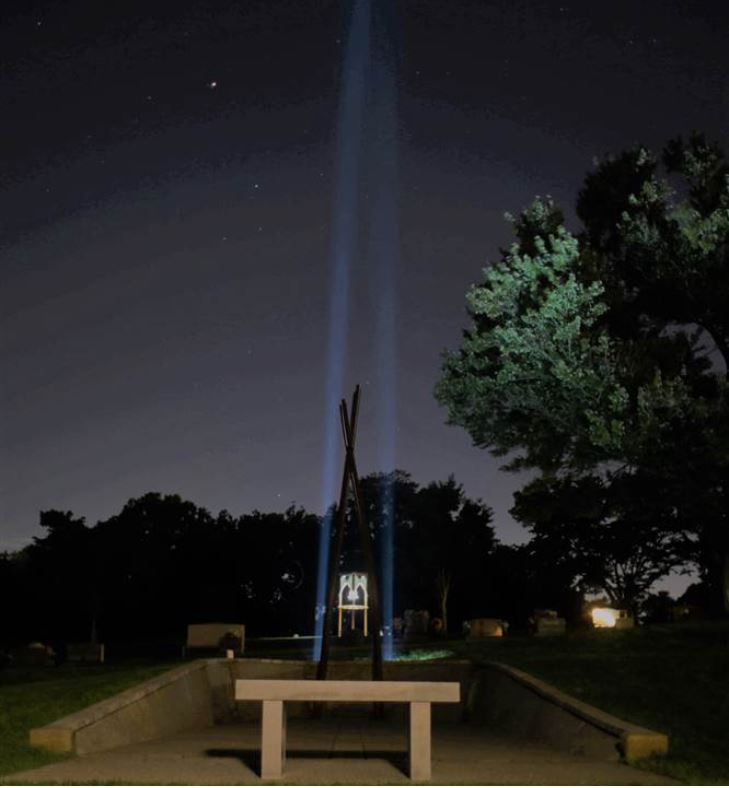 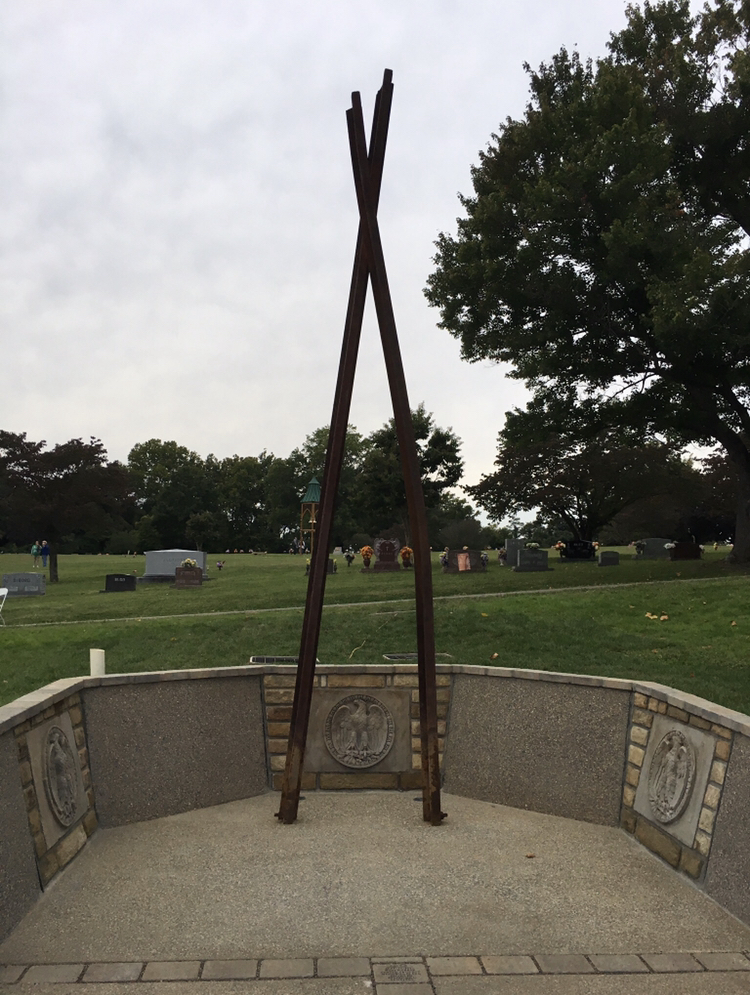 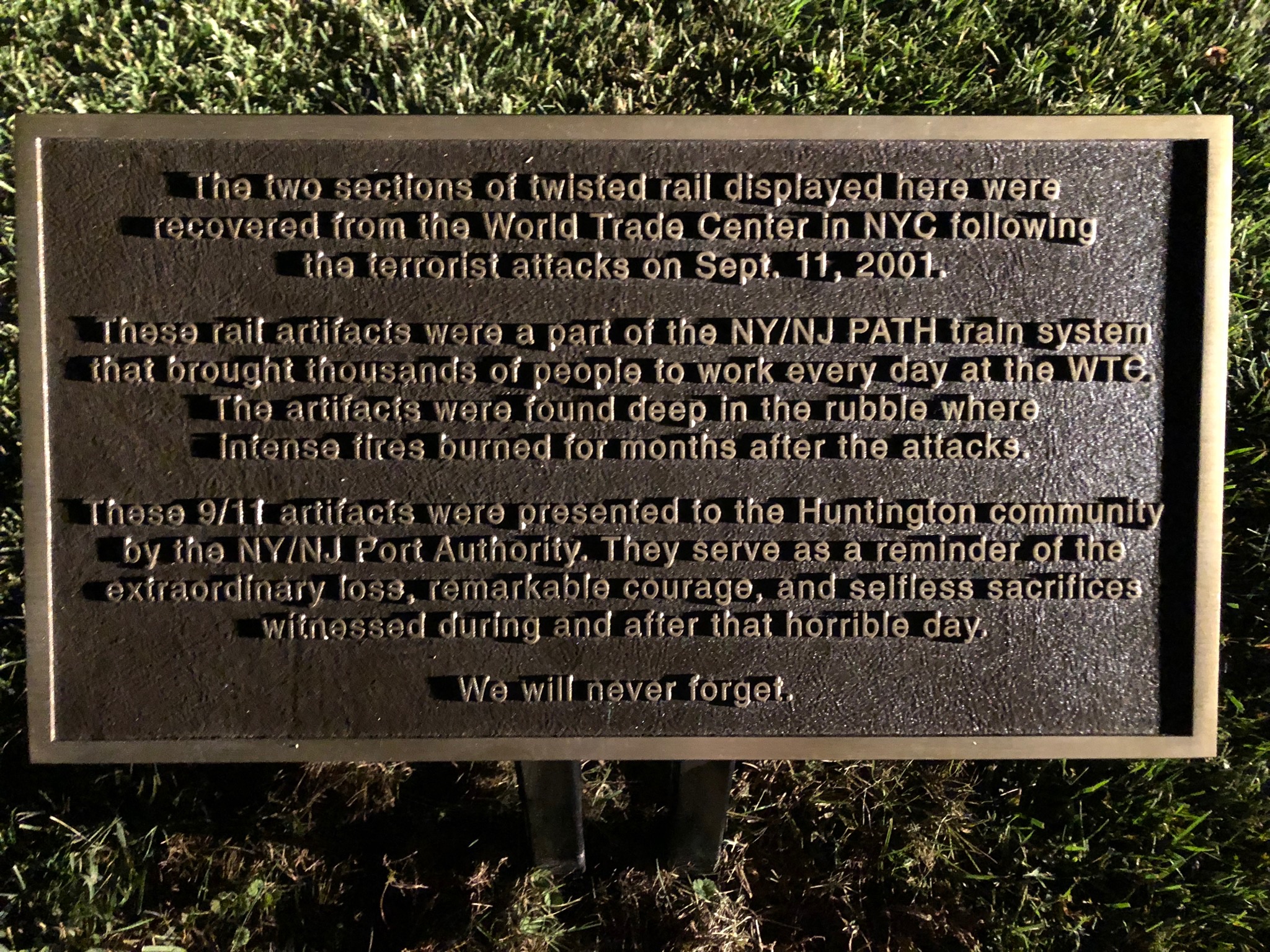 One of the sights along the route from NYC to Huntington 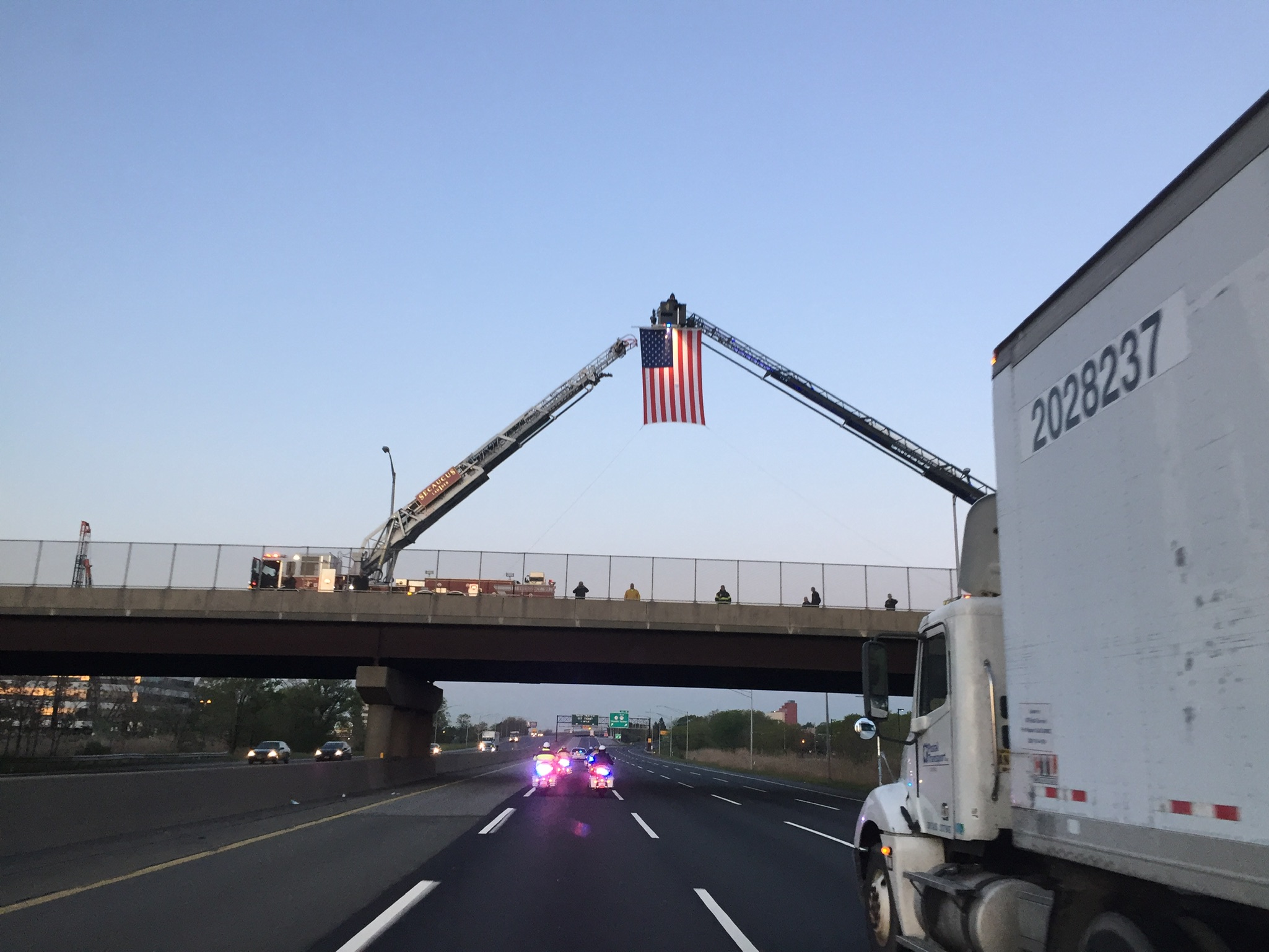 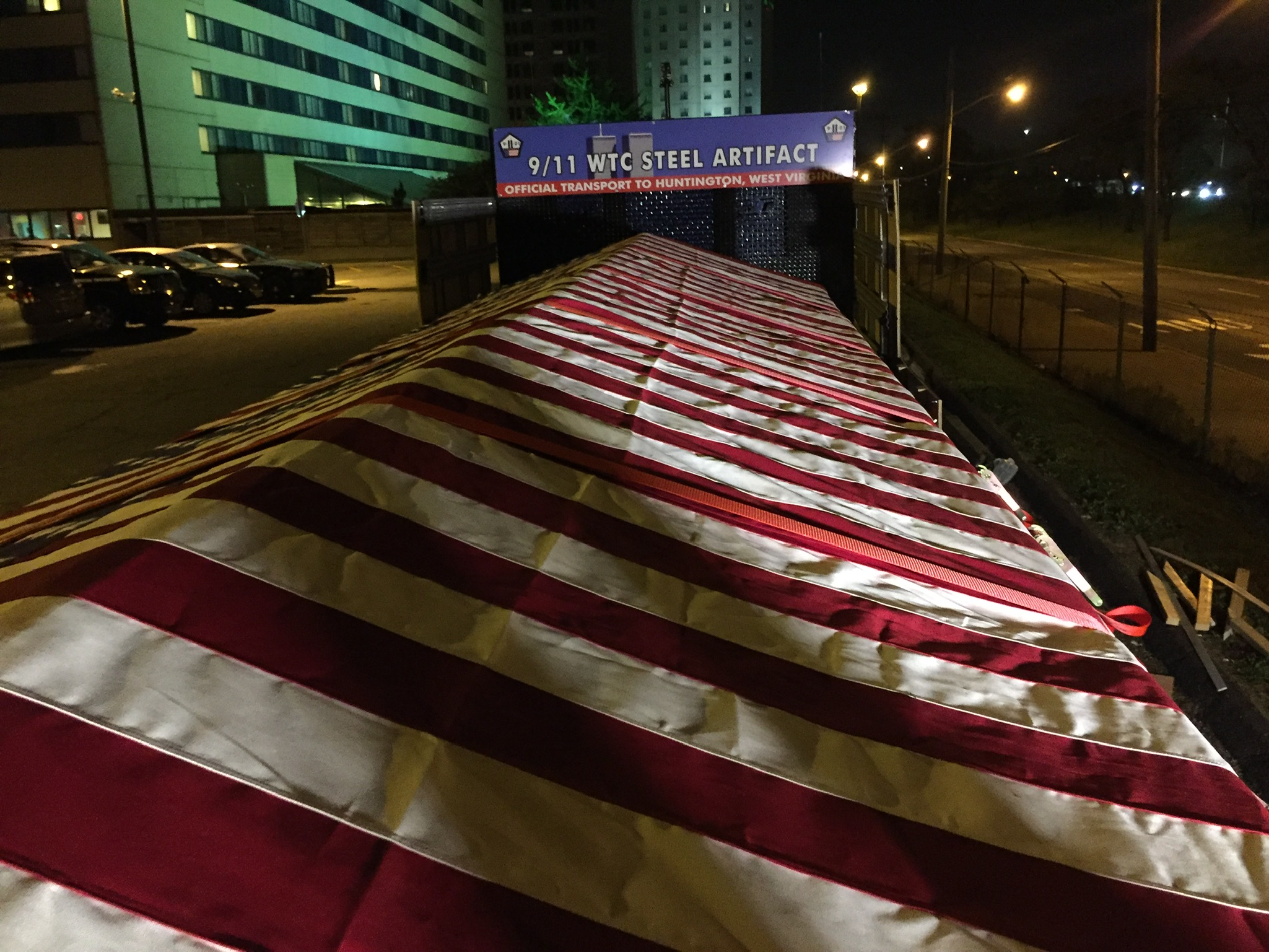 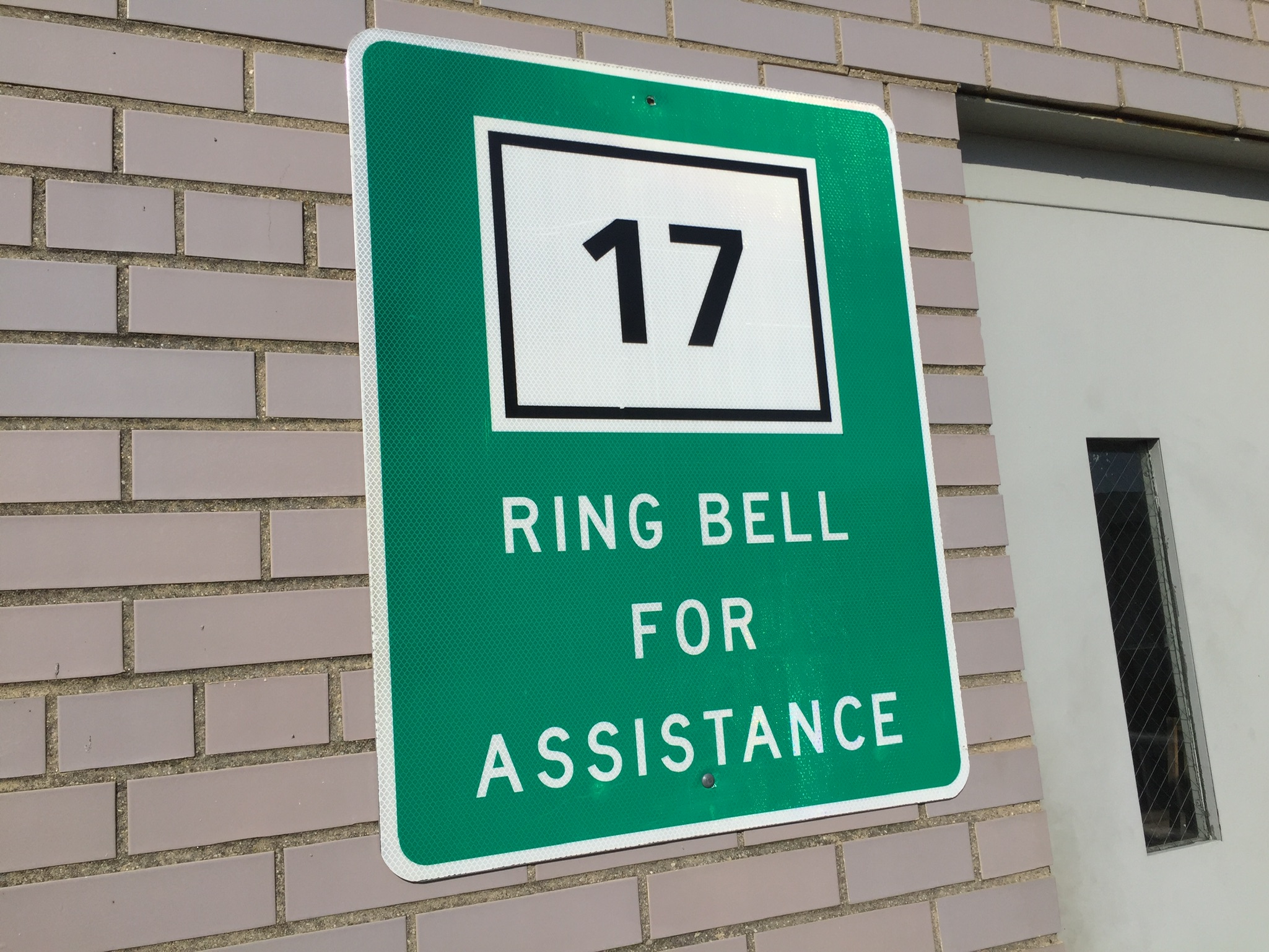 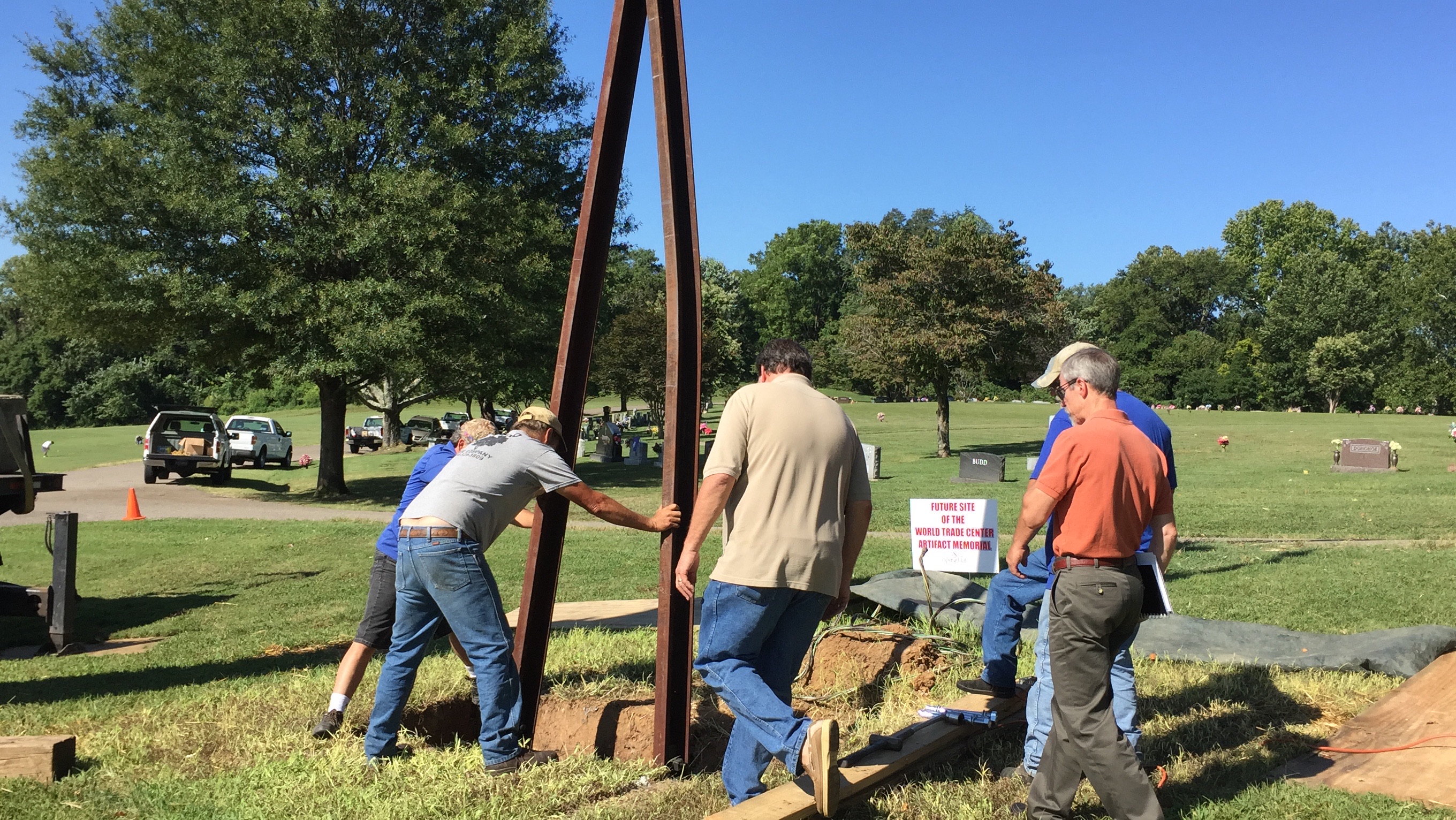 The beginning of construction on the Memorial 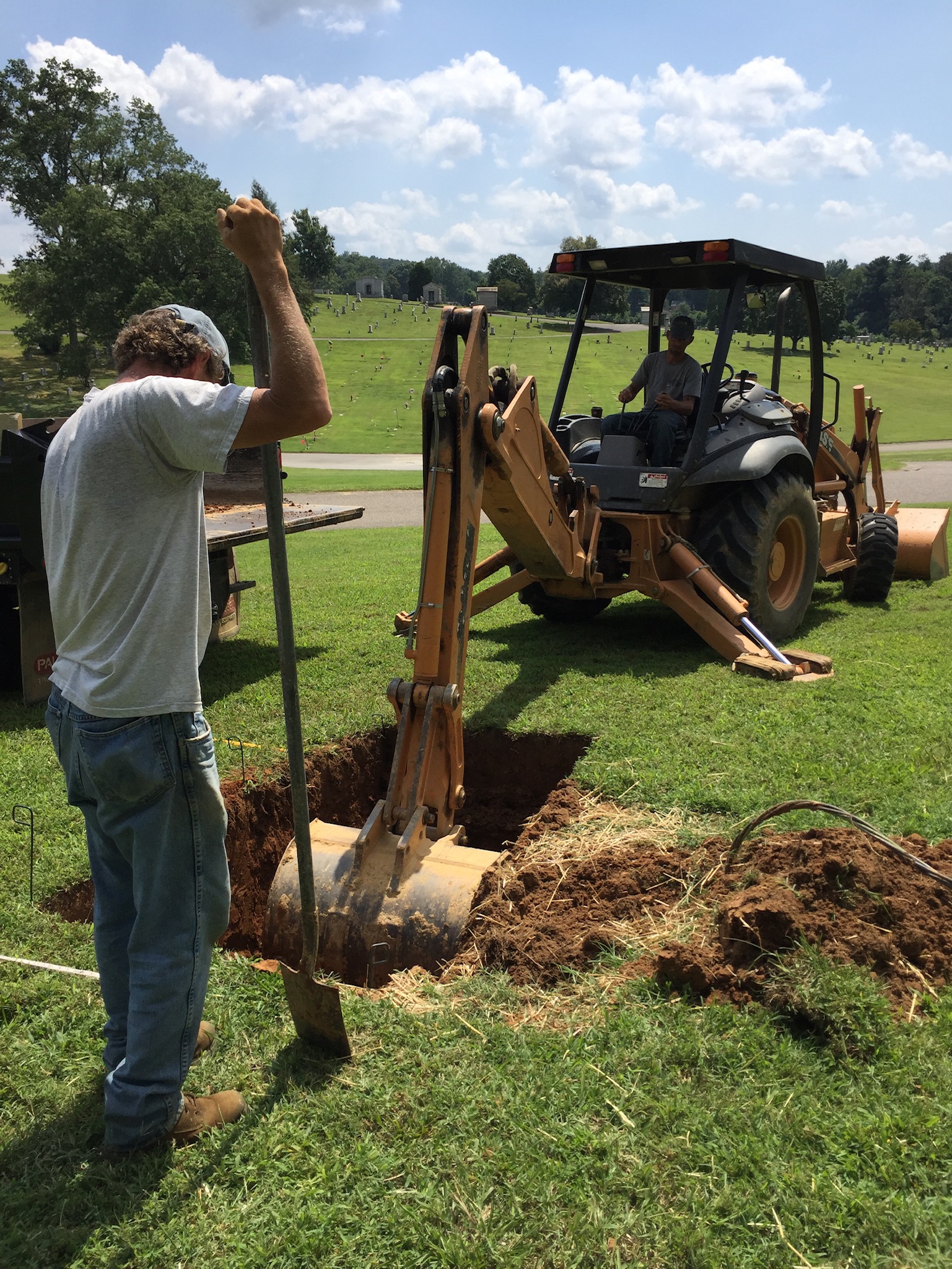 Location in rubble where steel beams where found 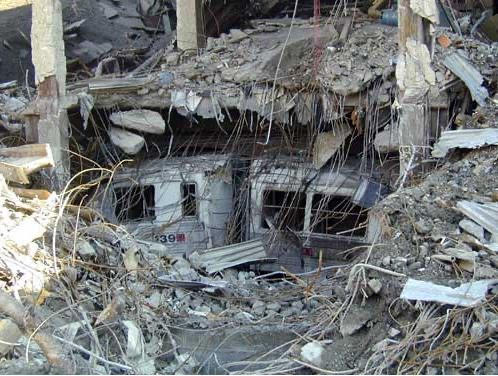 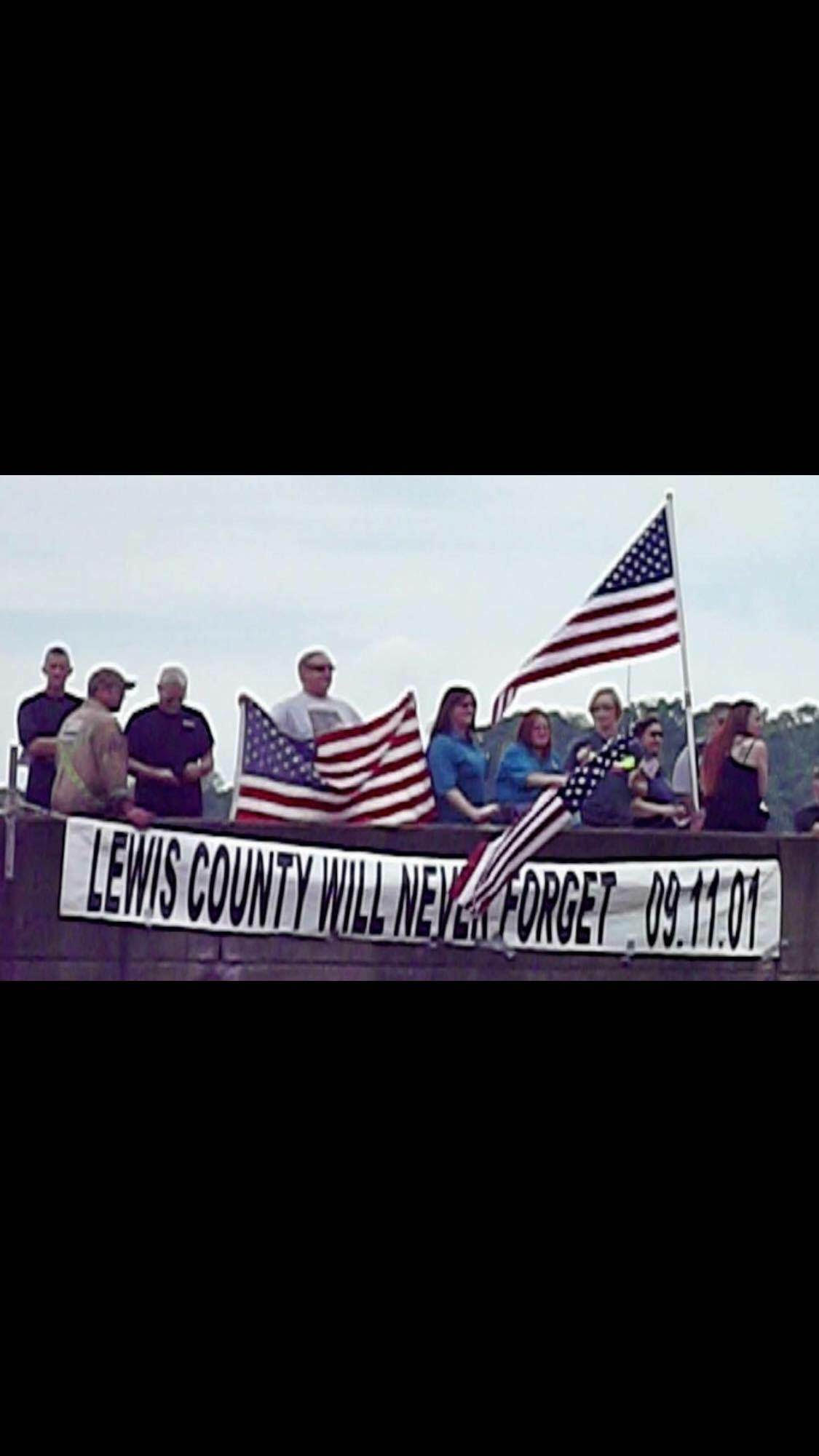 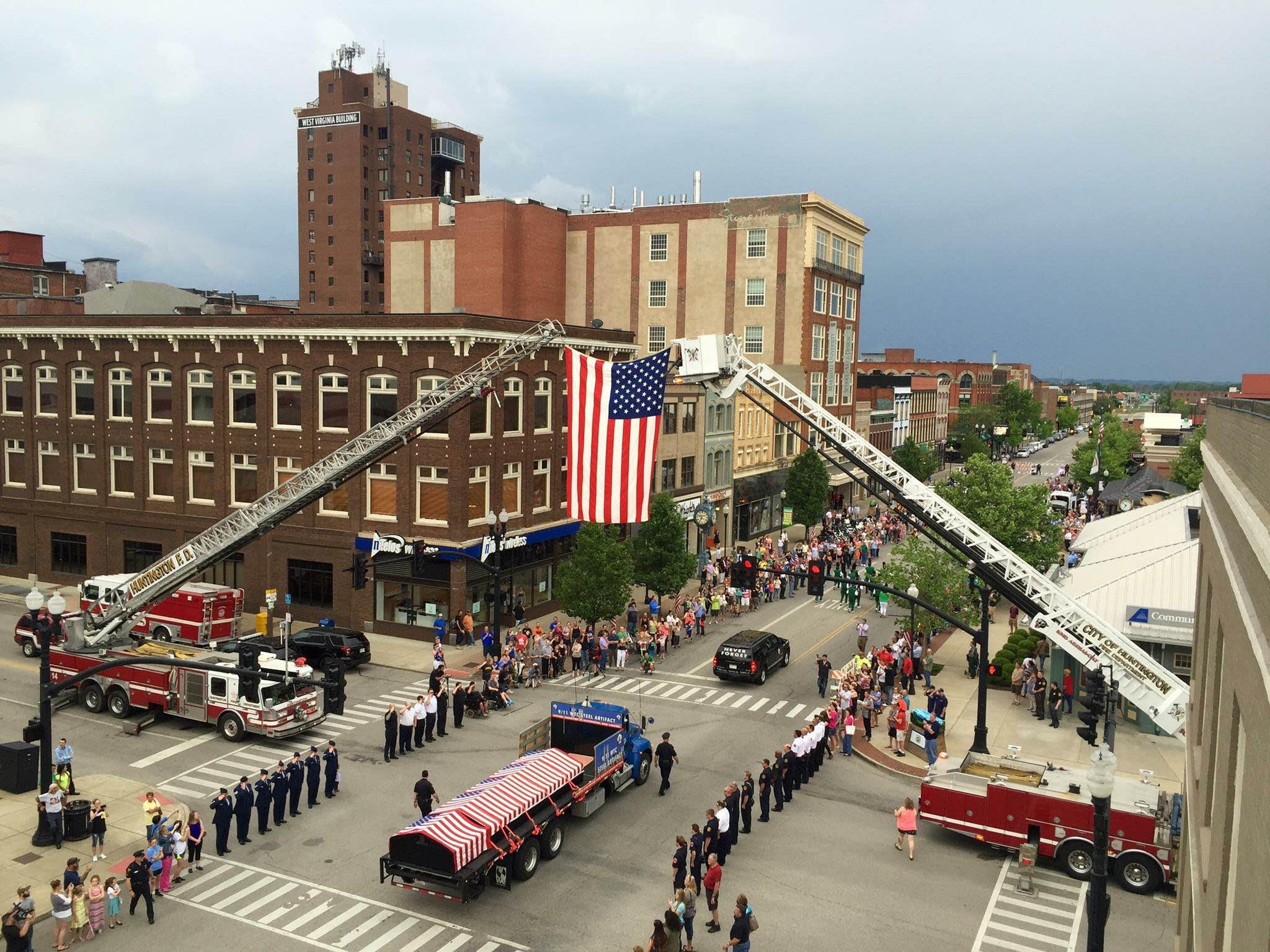 Listen to a narration of this entry's description by Elijah Bowen.

In the early hours of May 12, 2015, a motorcade left New York City escorted by the New York Police Department as it began its journey to Huntington, West Virginia. Over the course of the following day, the motorcade stretched for miles, ushered on by thousands of men, women, and children who came out and lined the overpasses and bridges above the highway. Many of them brought signs and flags to pay their respects. Tightly secured to the back of a flatbed truck and wrapped in an American flag were two warped and rusted pieces of train rail from the underground NY/NJ PATH system that were dug up from the rubble of the World Trade Center in the weeks after the September 11th terrorist attacks. This was the last 9/11 artifact transport to leave NYC.

Throughout 2015, Tom Bowen, a Huntington resident who served on the FEMA/USAR teams at World Trade Center North Tower- Ground Zero following the terrorist attacks, organized the effort to acquire an artifact of some kind and dedicate a 9/11 memorial in Huntington. After extensive work and planning with the National 9/11 Museum, the NY/NJ Port Authority, and the Greater Huntington Parks and Recreation Department, Huntington was awarded with the two- approximately twenty feet long- steel beams recovered from the World Trade Center site.

Members of the Huntington transport had the unique experience of being one of the last groups inside of JFK Airport Hangar 17, the 80,000 foot hangar used to store the myriad of extraneous artifacts and relics recovered in the lower Manhattan area. Some of the more historically profound items once stored there have since been featured in museum exhibits, with many finding permanent residence in displays or storage at the 9/11 Museum & Memorial in New York City. The other estimated 2,500 items have been gradually distributed to a variety of places across the country and the world since 2010. By 2015, fewer than 30 pieces of steel from the towers remained. Also remaining were 70 smaller pieces, such as clothing items, children's toys, and other personal effects. Some of these smaller pieces were given by the Port Authority to Tom Bowen as thanks for his service. These included a phone message book from above the point of impact in the North Tower, a damaged jewelry spinner (dust-covered necklaces and bracelets still hanging on its hooks) from the shopping complex located in the floors below the buildings, and several large cardboard boxes full of the paper fragments that poignantly rained down from both towers after the planes hit. In years since, as a part of his efforts to educate people about the human stories of 9/11, Bowen has made use of these artifacts at local schools and community events in tandem with the memorial itself as it was being constructed and completed.

Officially dedicated on September 11, 2017, the 9/11 Memorial Plaza heavily features symbolisms and references relating to the World Trade Center inherent in its design. The concrete and granite ramp leading down to the steel beams symbolizes the ramp that search and rescue teams used to descend into the “Pile” (as they called it) during the long 8 months of clean up and body recovery subsequent to the collapse of the Twin Towers. Along the ramp’s slope to meet the artifacts, a timeline of everything that happened on September 11, 2001 and on any significant dates since, are etched into small stones. There are three Civil War-era, hand-carved eagle plaques located at the base of the memorial which were donated by the Parks and Recreation department. A single "reflection" bench also sits at the top of the memorial. This was perfectly lined up to peer through the beams’ arch at Spring Hill Memorial Bell Tower- a separate monument dedicated to the memory of those who lost their lives on 9/11 including Dr. Paul Ambrose, a former Huntington native.

On the anniversary of the attacks each year, the GHPRD hosts an annual Patriot Day Ceremony at the 9/11 Memorial Plaza in remembrance of the people who lost their lives on that day and in the years since. Later that night, two high-power beams are lit behind the steel artifacts, cutting through the sky with “towers of light” reminiscent of those found in New York City on the anniversary of the attacks.