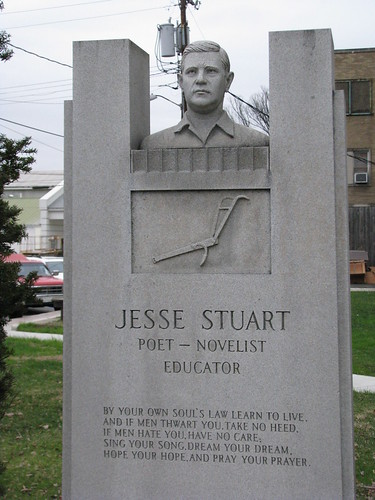 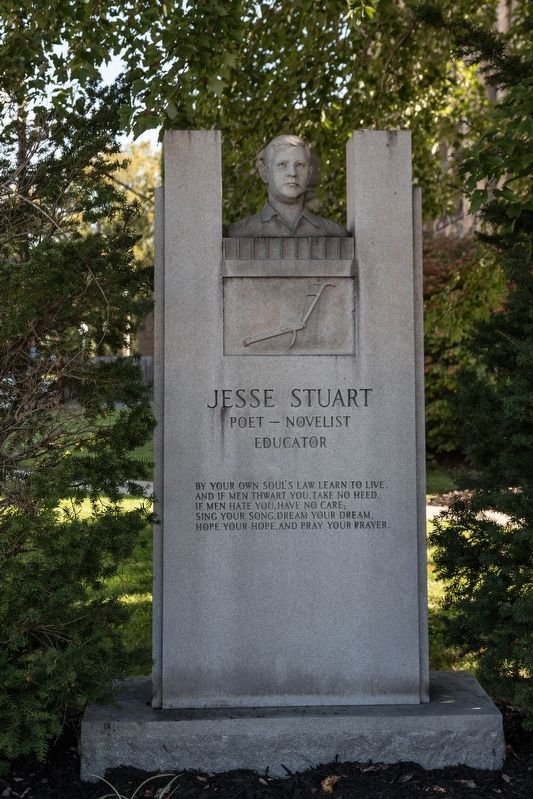 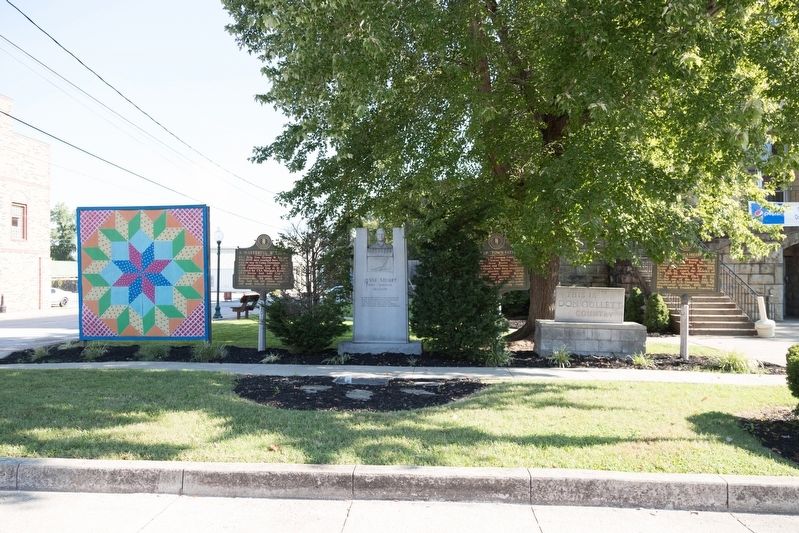 Jesse Stuart in His Prime

Jesse Stuart (During a 1975 Interview) 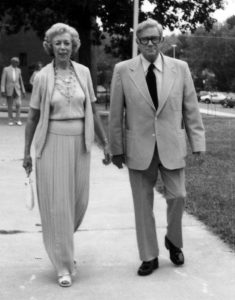 Jesse and Naomi Stuart: No Matter Where They Went, They Always Came Back to W-Hollow 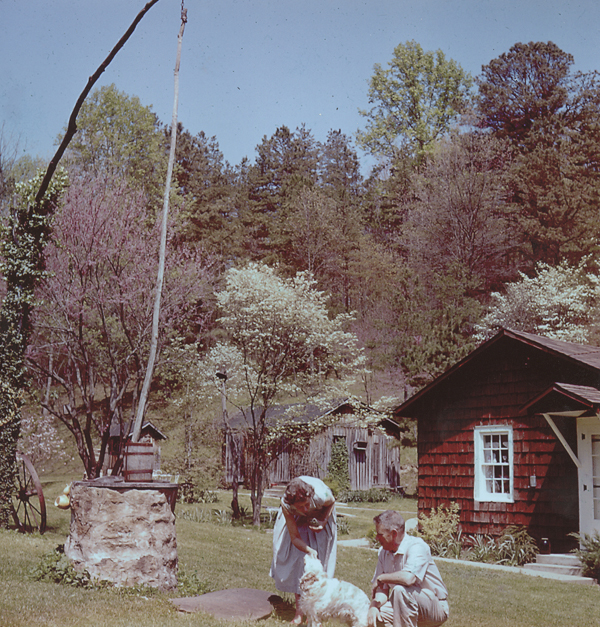 Born in W-Hollow, Greenup, KY on August 8, 1907, Jesse Hilton Stuart was the son of Mitchell and Martha Stuart, hill farmers who managed a five-acre farm that was passed down the family tree for five generations. According to Stuart, his parents only had an elementary school education, but he considered them "natural poets" because their vast knowledge of farming and botany was what they used to educate him about the world and his surroundings. Alongside helping his parents with the farm, Stuart attended a small, country public school where the education was limited due to the lack of an attendance policy and unqualified teachers, which was common for the time period and area. Nevertheless, Stuart was offered an opportunity to attend a public high school, but he had to take an entrance exam, which he passed all the subjects, except English. Despite failing English, Stuart was permitted to attend the school where he excelled as a student. During his time at high school, Stuart gained a passion for writing. At 16, he was encouraged by his teachers to submit some of his work to small, nearby literary magazines and newspapers, which were later published.

After graduating high school and three universities denying him entry, Stuart was finally accepted to study and work in a work-study program at Lincoln Memorial University in 1926. His love for writing intensified when he began studying under the wing of Professor Harry Crowe, who taught classes about regionalistic fiction of the New South. According to Stuart's old classmates and colleagues, Stuart became more interested with the education system while reading about the aftermath of the Monkey Scope Trials, a legal case brought to the Criminal Court of Tennessee in 1925 that questioned if evolution should be taught in schools. After the case, Kentucky and other Southerner states, who were against teaching evolution, became self-conscious and isolated from the entire nation. Stuart felt sympathy for both sides; on one hand, as a Southerner himself, he believed schools should embraced their secular origins, but on the other hand, as an American, he believed the education system in the United States should embrace change as society evolves.

After graduating from Lincoln Memorial University, Stuart took a job as an English teacher at Warnock High School in Greenup, and later, he became the principal at McKell High School in Stone Shore, KY for a year, but later resigned to go to graduate school at Vanderbilt University in Nashville, Tennessee in 1932. After leaving the graduate program, Stuart moved back to W-Hollow where he met and married fellow school teacher, Naomi Deane Norris in 1939. In 1942, Stuart and Naomi welcomed their daughter, Jessica Jane Stuart, into the world. Around this time, Stuart served a short stint in the navy. During late-1930s to the early 1950s, Stuart became a superintendent of Greenup County Schools, an English teacher at Portsmouth High School in Portsmouth, Ohio, and a self-appointed journalist in W-Hollow where he wrote entries about W-Hollow and submitted them to nearby newspapers and magazines.

Stuart's fame and success with his many titles grew into a great demand for him to travel across the nation to speak on education at teaching conferences and book signings. Soon, Stuart grew into an international name where he would travel around the world to promote his work and talk about education in different countries, such as Greece, India, and Egypt. Also, his work was translated in 15 languages including Spanish, Arabic, Greek, and Hindi. Some would say that Stuart's work resonates with intentional audience due to the fact their own living situations are strikingly similar to Stuart's upbringing in the Appalachia region.

In 1954, Stuart was named poet laureate of Kentucky, a governmental honor given to poets and writers who greatly contributed to a specific area through their writing. However, in the same year, Stuart suffered his first heart attack at a tachón conference, which was the starting point for his declining health. Stuart suffered a couple more heart attacks in the following years, which made him and Naomi cautious about what he ate and what he did to prevent more heart complications to occur. In 1978, Stuart suffered a stroke resulting in paralysis, and in 1982, he was placed at Jo-Lin Nursing Home in Ironton, OH where he received around the clock treatment. On February 17, 1984, Stuart passed away at the home; he was 77 years-old.

Even after death, Stuart's legacy still echoes through W-Hollow and Eastern Kentucky. Alongside this monument, there are other landmarks dedicated to Stuart, such as a historical marker in Ironton where he passed away, the Jesse Stuart Memorial Bridge located along the Ohio River and Greenup City Park, and the Jesse Stuart State Nature Preserve founded by the Office of Kentucky Nature Preserves at W-Hollow around where his house is adjacent to the property. Also, there have been scholarships and foundations under his name, readings and performances based off his work, a bookstore/publishing company named after him, and critical analysis's and interpretations of his work.