This museum in Colorado Springs is a must-see attraction for all history buffs. Mel Bernstein a.k.a. Dragonman started the business over 25 years ago with his wife Terry. With 87 running vehicles, 870 uniformed mannequins, over 5,000 weapons its a one-stop attraction. However, the one thing that makes Dragonman's very unique is that everything works. Dragonman got his nickname from his dragon motorcycle that he had when he got back from the service. He made it himself and the handlebars even have machine guns that work. Since then he has made 18 more dragon motorcycles but they are all different. Dragonman has worked 33 years on the museum and has spent around 5 million dollars. Mel a.k.a. Dragonman has had ZERO government funding and takes the money that tourists pay to get into the museum to keep it running. Dragonman promises you that what you see, you will remember for the rest of your life. Dragonland has soo much to offer!!

One of the exhibits at Dragonman's 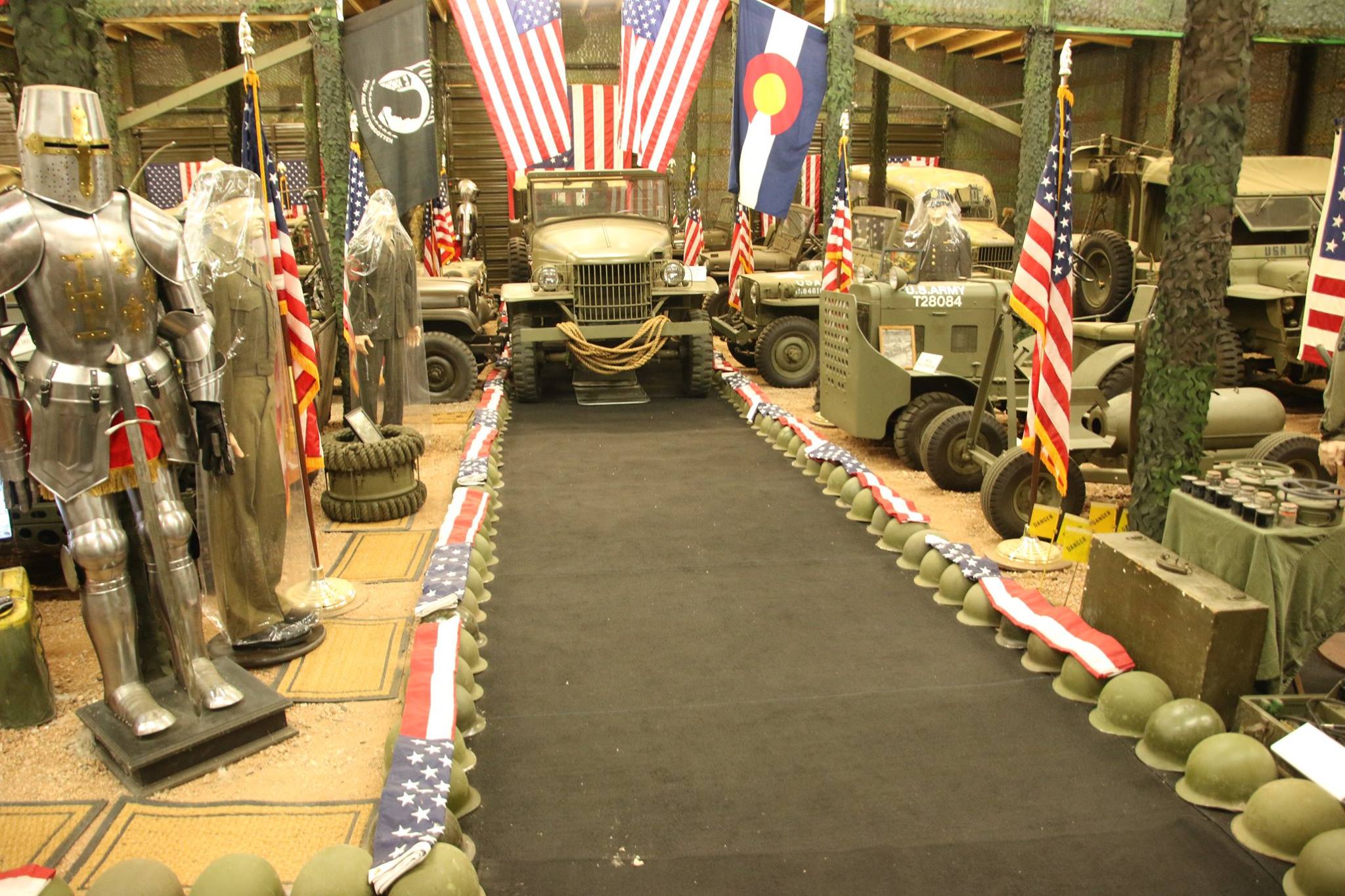 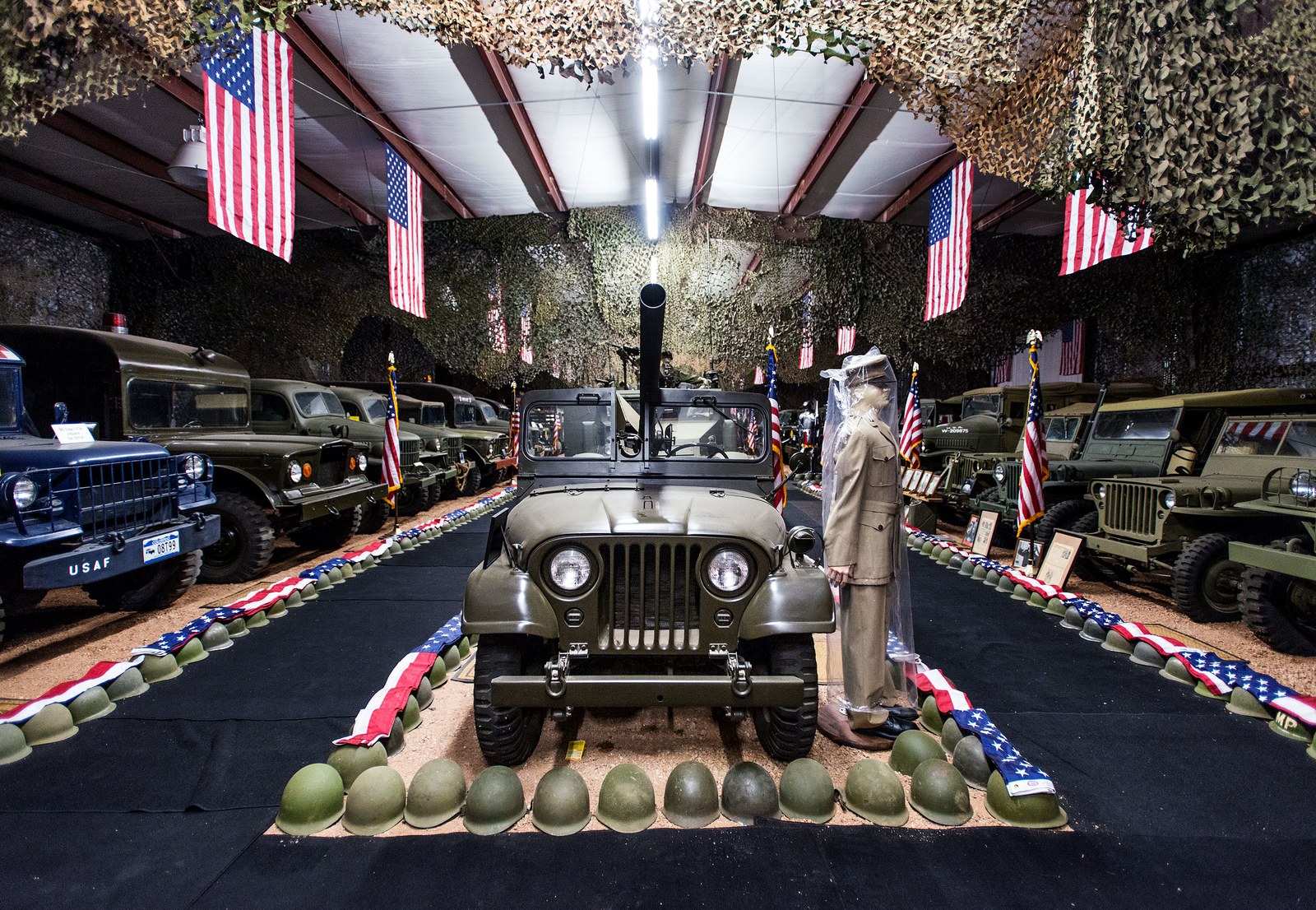 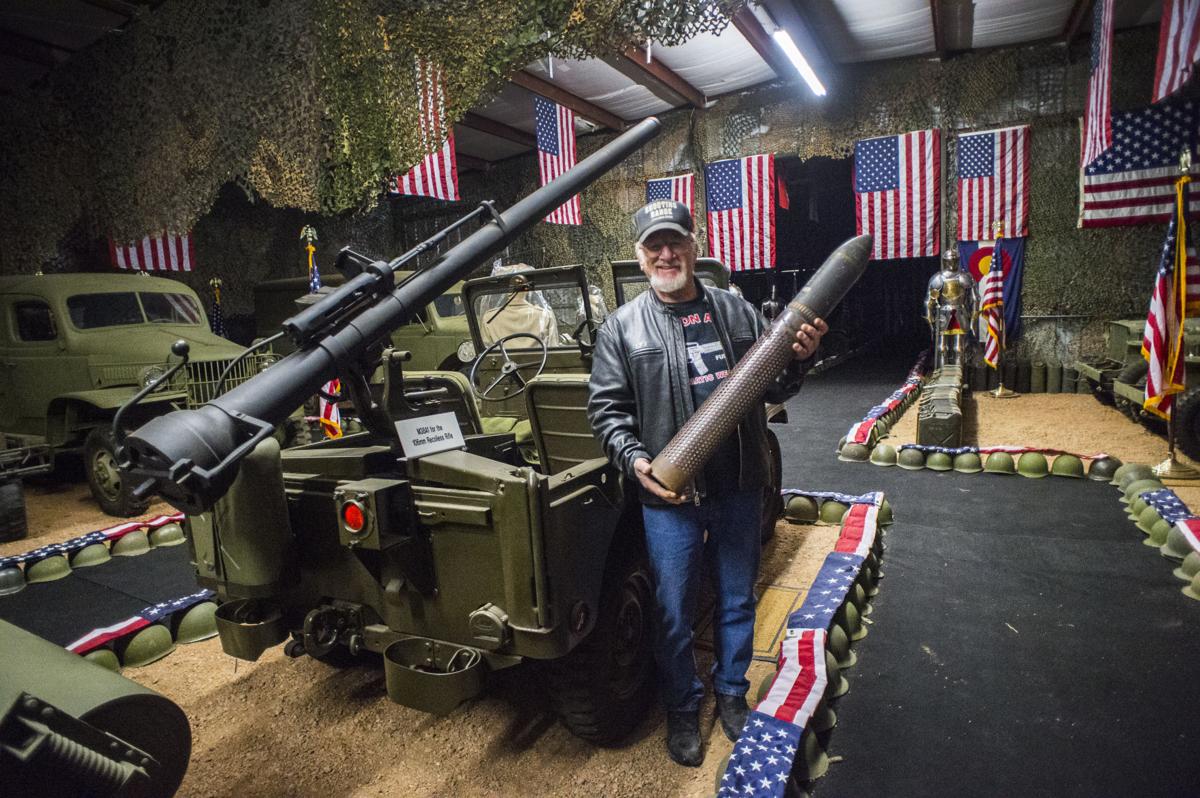 1st Dodge Truck used by the U.S. Army in World War I 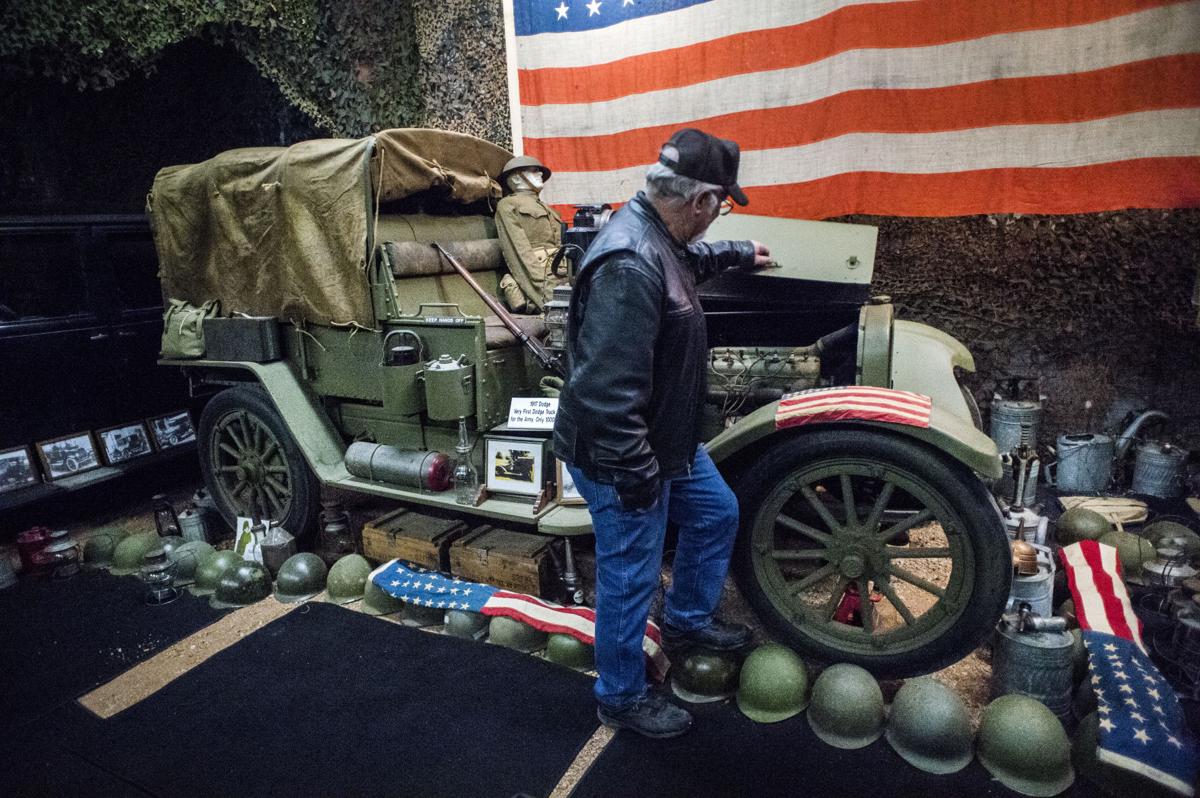 Mel Bernstein is a Vietnam War Vet that has a passion for the United States Military. Originally from Brooklyn, New York, he knew that his dream would not be possible in New York. He knew he was going to need a large space and New York wasn't it. After a long hard search, Mel chose Colorado Springs. So, in 1982 along with his wife Terry they packed their bags and moved to Colorado Springs. What started with a bare piece of land with one building, no running water, and no electricity would soon turn into soo much more. This one building would help lay the foundation of what Mel and Terry would call Dragonland. The one small building would soon turn into five businesses and the museum that many individuals travel miles to see. With a building that is now 68,000 square feet and still expanding. Mel has a room for every major country the U.S. was in a war with from 1914 to Afghanistan. Mel knew that this dream wouldn't be possible without his own money, hard-earned money, and his wife Terry.

When you first walk in you will see appreciation plaques from Peterson Air Force Base Riva and Fort Carson. The museum starts with 1914 World War I. The uniforms Dragonman will explain to you with passion are over a hundred years old. He also tells you as the wars went by the uniforms changed up to Afghanistan. He will also explain that just like World War II and I is that every county dated 99% of everything. In Dragonman's World War I video he holds up a knife dated 1917 and one canteen from World War I from 1918. Dragonman explains in his video that's the reason why it's so collectible. He also has a case where he pulls a bolo knife which is one of the oldest from 1903. Around the corner is Lieutenant Jim Butler's uniform along with his footlocker. In the footlocker, there's a picture of him wearing the uniform. Dragonman also shows off his boots and explains that they are called hobnail boots. He has a statue of a fake horse and explains this is how his horse would have been set up in Europe. Dragonman explains the McCullen saddle and points out dates from two different canteens. One from 1905 and another one from 1917. Beside the horse statue, he shows off the Eddystone 3006 rifle Winchester Remington. Also, he shows the last General Patton Sword and explains that they made a few in 1918 but then they stopped. His sword that he has is a 1917 and was called General Patton.

Dragonman also explains the trench fighting in World War I. The trenches would be about two and a half three miles long and another 300 feet away was the German trench. For five to six months they shot back and forth to each other. Mel then goes on to show binoculars that the United States government made 15 inches higher than your eyeballs so, that the soldiers could see over the trenches. In Mel's video, he also shows off the nurses' uniforms. Long and white with a huge red plus sign on the front. Just like everything else Dragonman shows off they are authentic uniforms. In this same video, Dragonman will also show off a truck that was made for the United States army. The truck has serial number 147 and he explains that they only made a thousand of them. Above the truck, Dragonman talks about a flag with passion being a hundred and 22 years old. This flag is just one of 4,000 throughout the museum. A staff car is nearby is from 1918 and is a dodge four-door. He explains that the United States government didn't have enough vehicles to get officers around the bases. So, they went to Ford, Chevy, Dodge and bought regular cars. Afterward, they put numbers on them painted it green or put a star on it. They then turned them into staff cars. Dragonman also has a video where he does a bunker tour. Here he has just completed his WWII D-Day display. With this display, Mel represents Omaha and Utah Bay. Also, in this same video, he takes you to see the Nazi Bunker, the American Bunker from WWII, a recoilless cannon display and the Normandy bunker.

In Dragonman's video, he shows off a small machine gun bunker with one of the fastest machine guns. Dragonman will also mention just how powerful Hitler was along with the German Military. How he lost half of his men one winter because they were still wearing their summer uniforms. He shows off helmets, uniforms, and shows off a uniform like the one Hitler would have worn. He also will show you some pictures of Hitler that he has on display. Out of all the rooms at Dragonman's this is one of his most popular rooms.

In the video titled showing off the Iraqi and Afghanistan rooms Dragon starts with; January 17th, 1991 Desert storm started and the uniforms were nicknamed chocolate chip. MRE'S which is still in there after 27 years. He has bomb suits and a picture of camel spiders which are 14 to 16-inch diameter. He goes on to explain that they bite but they are not poisonous. Dragonman also has a before and after picture of one of Saddam Hussein's limousines. In the Afghanistan room, he shows off some hookah tobacco that they smoked in their hookah's. Along with some IEDs, CNET, and a time bomb with a 9-volt battery. Also, he shows you the way a kid would have been dressed.

In a video that Dragonman posted on March 22nd, 2019 he shows off his new extension. The new extension has a D-54 Russian tank fully operational. Also, he has half-tons the m38 along with weapon carriers 3081. Dragonman also has the gamma code. He explains that the m3 half-track that he has is special. What makes it special is that it's got German bullet holes going through the hood. On August 20th, 2019 Dragonman set a record with his Sunday tours. 164 people showed up for the tour. Dragonman jokes that the FBI said its a one of a kind place. 34 years of hard work and dedication is what makes this museum. It's now 75,000 square feet and he's looking to expand more this coming November. Mel has now spent around 6 million dollars and also has had help from Fort Carson soldiers. They bring him stuff back from Afghanistan. People from all over the world have been showing up. Dragonman explains that it has been a record-breaking season. The museum is opened March until November 11th for Winter. However, the dragoman sells guns, motorcycle parts, a gun range, and a paintball park. Thank you for your service Dragonman

Dragonman gives museum tours every Sunday at 10 am. He offers private tours if you have more than 20 people or more with reservations. Tours take around two and a half hours. For more information contact Dragonman's. For t-shirts and more check out https://www.dragonmans.com/store. With next day shipping.