The confluence of the Monongahela River and Paw Paw Creek in Rivesville, West Virginia is the site of one of the most famous alleged sightings of what has become known as the “Ogua,” a word supposedly borrowed from the Delawares or Shawnees. Although such sightings are recorded as early as the eighteenth century, the most well-known is the encounter of Fairmont coal miner John Edward White while night-fishing at this location in the summer of 1983. White’s description of what he saw was less detailed than those of others, but included a glimpse of a “serpentine tail” that quickly led readers of his account to draw the connection with earlier ones that depicted a large, turtle-like beast with two heads, a long tail, and a penchant for dragging its victims to an underwater lair. Such accounts may describe an alligator or alligator snapping turtle that made its way northward from the Gulf Coast, incidents with the latter being recorded as far north as Maine. Regardless, Ogua sightings offer historians a unique opportunity to draw connections between the rumor mills of the colonial borderlands and those of deindustrializing Cold War America. Anyone interested in searching for the Ogua themselves may do so from the pedestrian walkway located on the bridge crossing the Paw Paw Creek where it meets the Monongahela.

Artistic rendering of the Ogua. 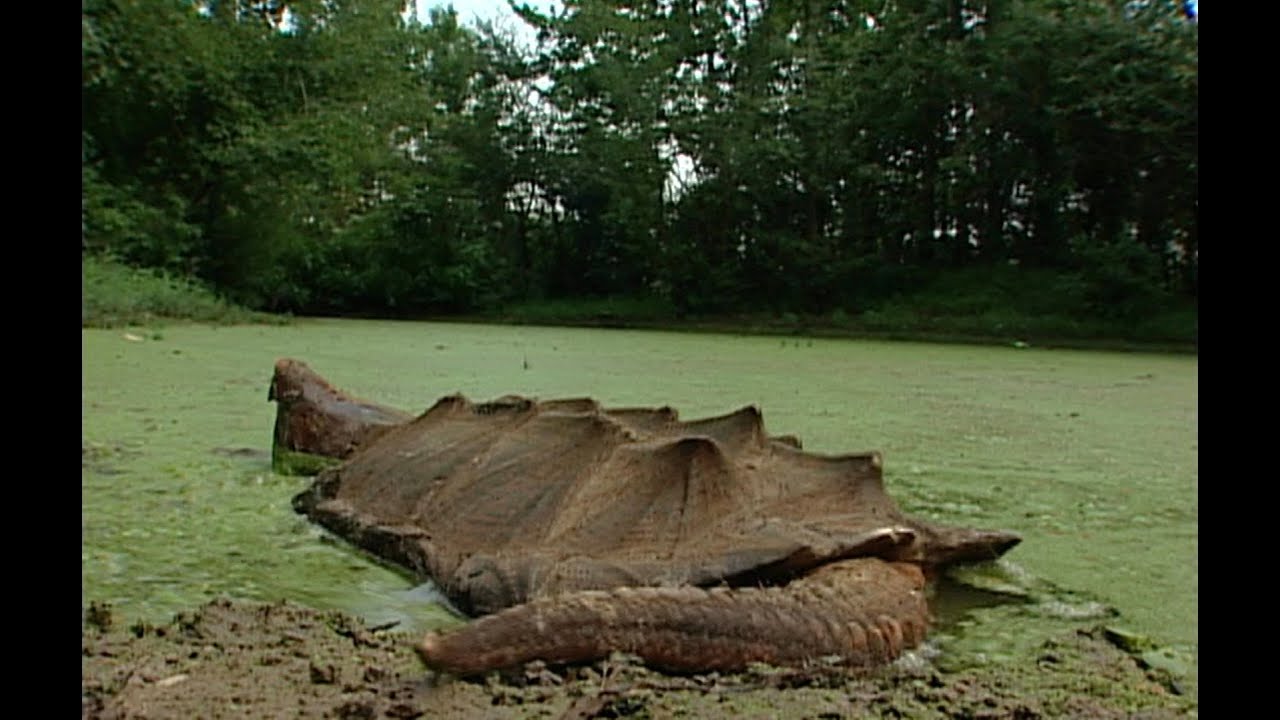 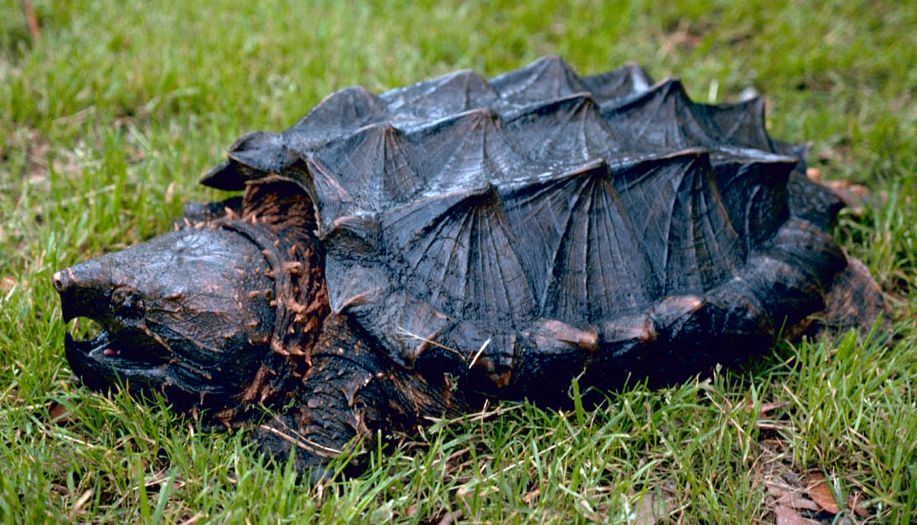 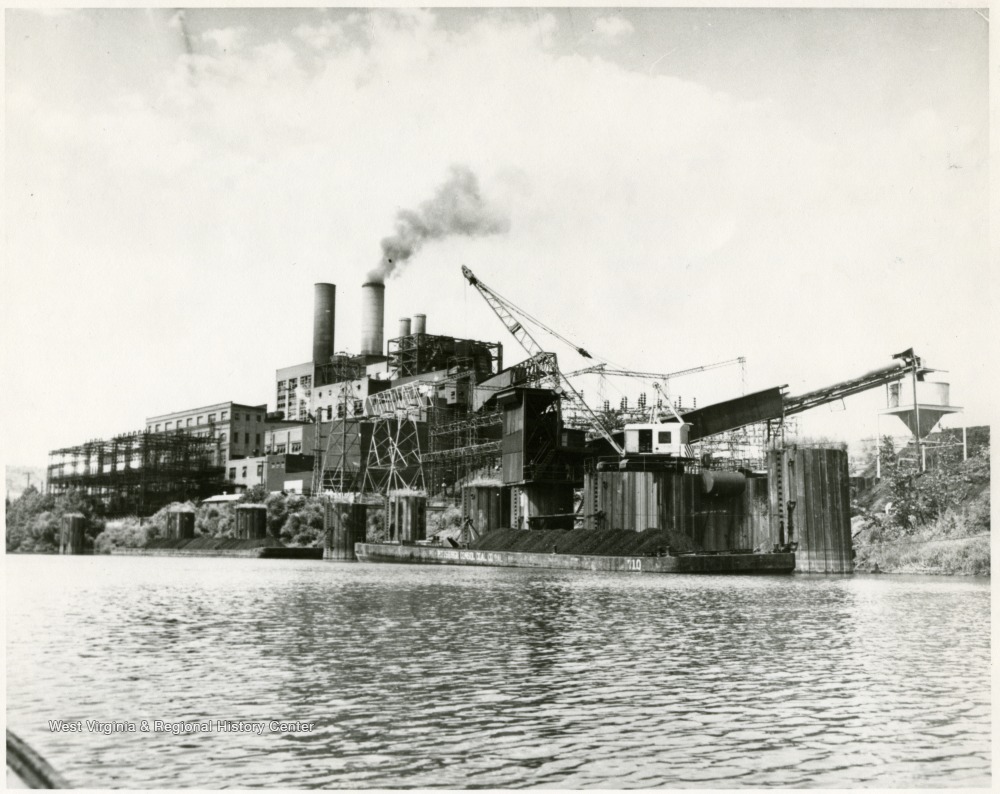 The earliest recorded sighting of a riverine animal in the Monongahela Valley matching the Ogua’s description can be found in an account from the Taylor and Nichols families from October of 1746. According to that account, a 12-year old boy from the Nichols family was dragged into the Monongahela River while fishing on October 22. Witnesses described the attacking animal as a turtle larger than a bear in size and when a daughter of the Nichols family woke to the sounds of something she described as “larger than a sow” rubbing against their cabin several days later the family (and their neighbors the Taylors) chose to leave the area.[1]

The next account of an animal attributed to the Ogua legend is that of a young man staying at Fort Harmar near present-day Marietta, Ohio where the Ohio River meets the Muskingum. In a letter to his parents, the young man described an “animal in this country which excites the imagination of all who have had an opportunity to view it.”[2] The animal spent the day in the river but at night would “lie in the deer paths undiscovered at night, behind an old stump, until the deer, unaware of its enemy, passe[d] over him.”[3] Then, the predator “immediately seize[d]” the deer by “entangling him in its tail, which is 15-feet in length” before “draw[ing] him to the water, where he drowns and devours him.”[4] According to the letter’s author, men stationed at the fort had even managed to club such an animal to death and found it to have two heads and weigh “444 pounds.”[5]

Such tales were no doubt fodder for the rumor mill in parts of Appalachia where colonizers had yet to arrive in great numbers. In an era and an area where the spread of information relied on the reliability of those who conveyed it, what one historian has described as “groundlessness” abounded.[6] Stories and bits of news often grew in their outlandishness with each new ear that heard them and every mouth that shared them, not unlike a modern game of “telephone.” As a result, tall tales were common on the colonial borderlands, fueling disputes, compromises, and fears, and it was the daily task of borderlands inhabitants to separate the fact from fiction. Lacking as they did a complete and detailed knowledge of North America’s ecological diversity, colonists very well may have considered the existence of a 400-pound river beast a distinct possibility and let their imaginations run wild.

Tall tales were just as common in the Cold War-era United States, where fears of Soviet infiltration and media revelations of political corruption combined to produce an atmosphere of suspicion and uncertainty that was ideal for accepting misinformation. Within this context, stories of cryptids – fantastical beasts whose existence entertained no logical explanation – cropped up across the United States, particularly in deindustrializing areas where economic instability heightened receptiveness to feelings of mistrust and doubt. West Virginia was no exception and in fact enjoyed a particularly high concentration of cryptid encounters in a period that witnessed the gradual deterioration of the state’s manufacturing and mining industries. The bulk of the modern-day Ogua sightings occurred within this context, a number of fishermen in the Marion County area reporting encounters with a river monster in the Monongahela in the 1980s as local coal mines and factories steadily downsized or closed altogether.

The most famous of these sightings, however, was that of John White at the meeting of the river with Paw Paw Creek in the town of Rivesville. According to White the encounter began with his observation of small waves coming ashore, followed shortly thereafter by the sight of fish swimming away from the river toward the mouth of the creek. Then, thirty feet from where he sat a fin that he estimated at six to eight feet in height appeared out of the water. Backing away from the river’s edge, he caught a glimpse of a long reptilian tail and the mass it was attached to as it swept out and then back into the water. On May 15, 1983 the Fairmont Times reported White’s and other fishermen’s encounters on the river, writing that the “monster that has frightened local fishermen is said to be at least 20-feet long” and “reddish brown in color” with a “serpent-like head,” “mouth lined with razor-sharp teeth,” and a “long flat tail.”[7] According to the Times, the animal most likely “came up the river from the Gulf of Mexico” but “old-timers say it is an Ogua.”[8] Whatever it was, it apparently did not attack anyone, local jeweler George Cochran reporting that “it did not trouble him.”[9] Regardless, White himself refused ever again to fish at the confluence of the river with the creek.