The Academy of Medicine houses the oldest medical society in Atlanta, the Medical Association of Atlanta, and represents the prominence of the medical profession in the city as well as the determination of the society to provide the best medical services and facilities available. A classic example of Neo-Classical architecture, it was constructed under the supervision of R. Kennon Perry and his firm, Hentz, Adler, and Shutze, but the design is attributed to Philip T. Shutze. Known for his residential projects such as the Swan House, the Atlanta Academy of Medicine was one of Shutze's non-residential projects during his architectural career. 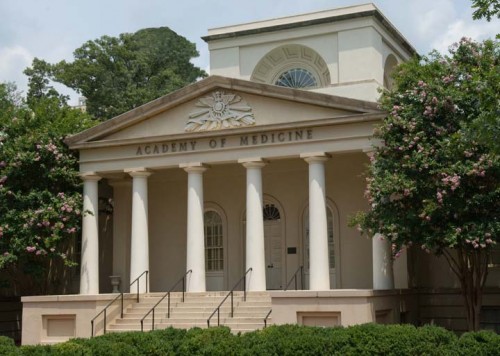 Inside of the AAM 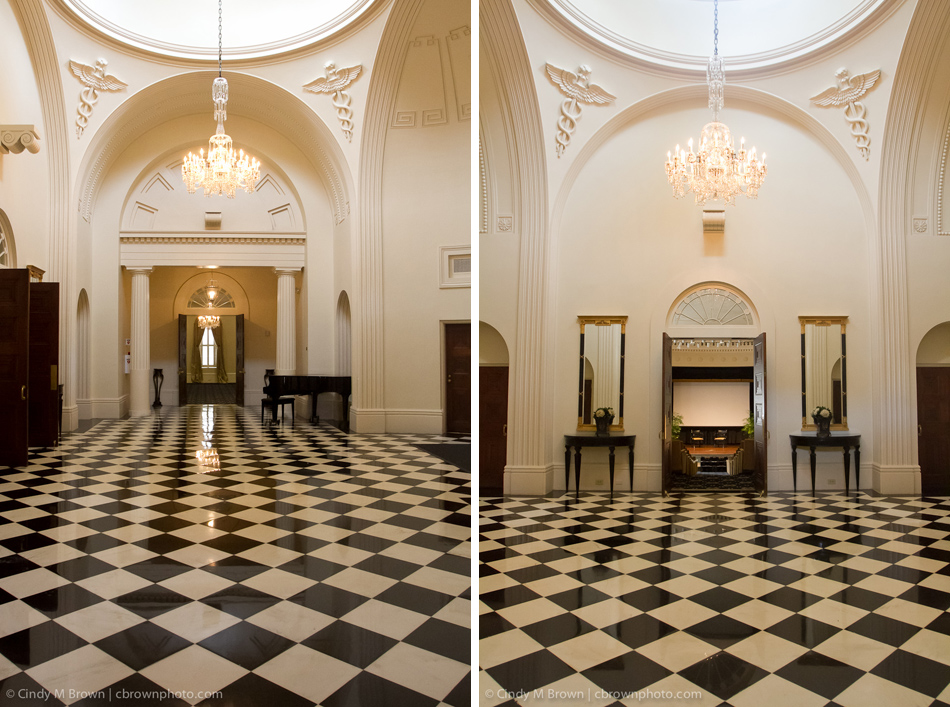 The Atlanta Medical College and the Brotherhood of Physicians was established in 1854. Soon after this time, the organization became known as the Atlanta Medical Society. Meetings of the society were suspended during the Civil War, but resumed after 1865, though the society's name changed with several reorganizations over the years. Before construction of the Academy of Medicine building in 1941, the medical society held its meetings in various locations. As a central meeting place for the medical society, members used their new home to share ideas and discuss medical techniques and theories. The Academy of Medicine also served as a training center for interns and society members.

Over the past two decades, an emphasis on specialization within the medical profession, and increased access to medical information through hospital libraries and conferences reduced the demand for the use of the building. By the late 1970s, it was in disuse and disrepair. In 1981 the medical society leased the property to Atlanta Medical Heritage, Inc., a non-profit corporation responsible for raising funds and supervising a planned restoration of the building. The restoration, completed in 1983, adapted the building for the leasing of meeting and office space, as well as the use of the auditoriums

Not regularly open to the public