After the occupation of Manhattan Island, British troops led by General William Howe pursued George Washington into Westchester County where they regrouped on Chatterton Hill and other high ground in the White Plains area. On October 28th, 1776, Howe's troops opened fire with artillery. The battle is recorded as a British victory because George Washington was forced to retreat further, this time abandoning New York where he hoped to make a stand and moving his army into New Jersey. The British victory was not complete as Washington continued to maneuver his army to avoid capture, but the loss of Fort Washington and Fort Lee left the British in control of the Hudson River while Washington needed a victory to demonstrate that his army might eventually defeat the King's army. 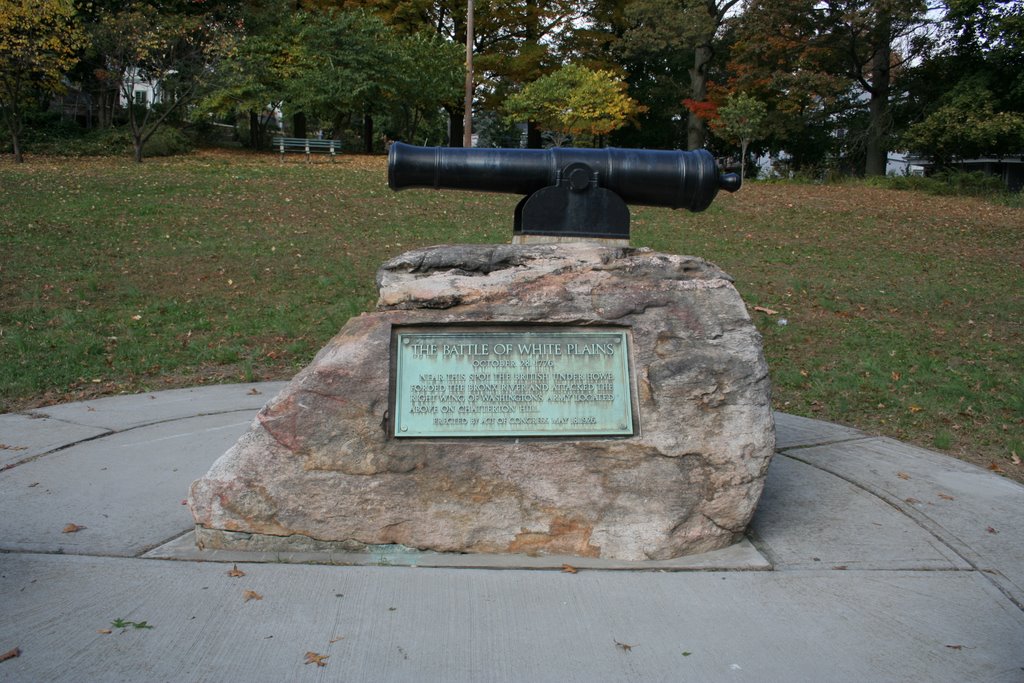 Jacob Purdy House, where Washington set up his command post. 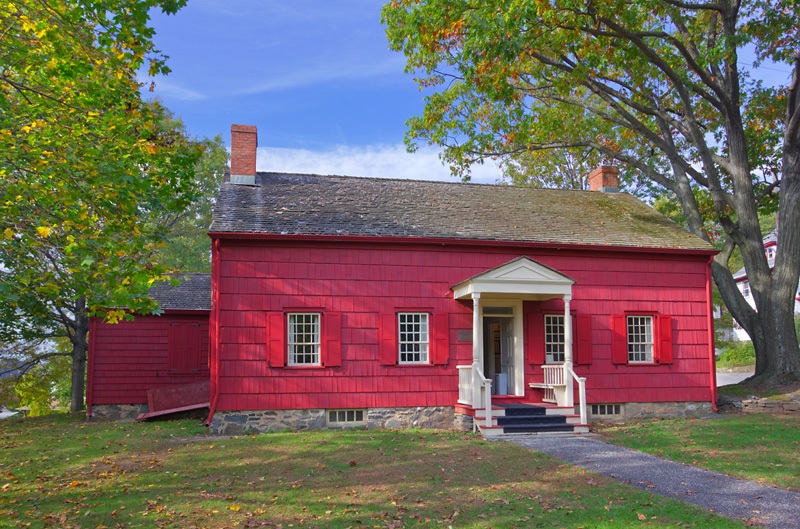 At the end of September 1776, George Washington's army held the northern tip of Manhattan Island and the region to the West of the Bronx River in Kingsbridge. Major General William Howe was determined to flank them from the East through a landing at Throg's Neck.

Regardless, Washington's troops were able to hold the landing point with troops from Pennsylvania, New York, and Massachusetts, forcing the British to land further upriver at Pell's Point, giving Washington time to withdraw his main army back to points in White Plains, East of the Bronx River. Congress insisted that Washington leave a large garrison at Fort Washington on Manhattan Island, leaving General Washington with approximately 3000 troops.

General Howe chased Washington into the White Plains area and opened fire on his fortified position. Howe's superior artillery and extra troops successfully pushed Washington's army off of the hill and across the Croton River. While Washington's army retreated, General Howe had sufficient time to head back to Manhattan Island and take Fort Washington, considered a large blow against the American patriots who were retreating quickly toward the Delaware River.