The Federal-style Merrimack County Bank was built in 1826 to house the offices of the Merrimack County Bank on the first floor with law offices and meeting spaces on the second and third floors, respectively. Indeed, a young Franklin Piece, who went on to become the nation's 14th President, had his offices there, as did a local historian and pastor named Dr. Nathaniel Bouton. The New Hampshire moved its library into the upper floor in 1840, and then acquired the entire building to use as a library and museum until 1952. It has since been mainly home to an insurance company and law offices. 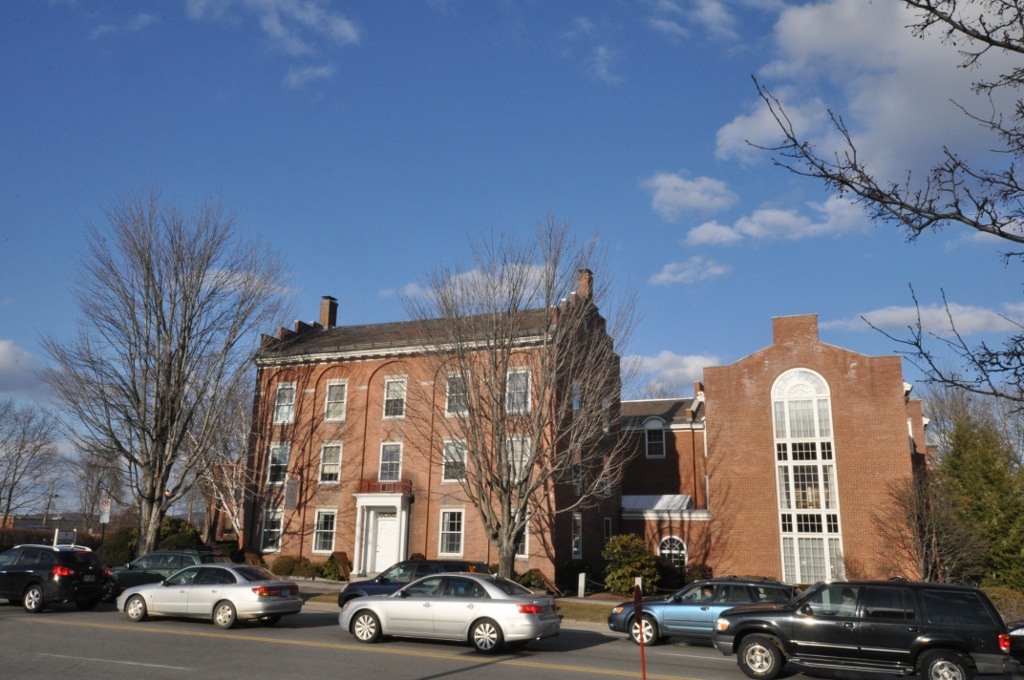 A noteworthy survivor of Concord's early history, the 1826-built bank building, stands in the town's "old North end" on Main Street and is an excellent example of a multi-story Federal-period commercial edifice. Though the building initially functioned as a bank in 1826, lawyers already maintained offices on its second floor. Its most famous resident was a young Franklin Pierce, who went on to serve as a General in the Mexican War, a United States Senator for New Hampshire, and in 1853, President of the United States.

Additionally, Dr. Nathaniel Bouton, historian, and pastor of the First Congregational Church (established, 1824), maintained his study in the building. Dr. Bouton published in 1856 a history of Concord in a book that enjoyed a lengthy title: The history of Concord, from its first grant in 1725, to the organization of the city government in 1853, with a history of the ancient Penacooks. The whole interspersed with numerous interesting incidents and anecdotes, down to the present period, 1885; embellished with maps; with portraits of distinguished citizens, and views of ancient and modern residences. 'This shall be written for the generations to come.'

In 1952, the Christian Mutual Life Insurance Company acquired the building and subsequently restored the interior to its original Federal appearance. The company outgrew the building in the 1970s. Consequently, the insurance company sold it to the law firm of Gallagher, Callahan, and Gartrel, who continue to operate out of the building (as of 2019).