Entrance to the South Plant today

First construction of the South Plant in 1913 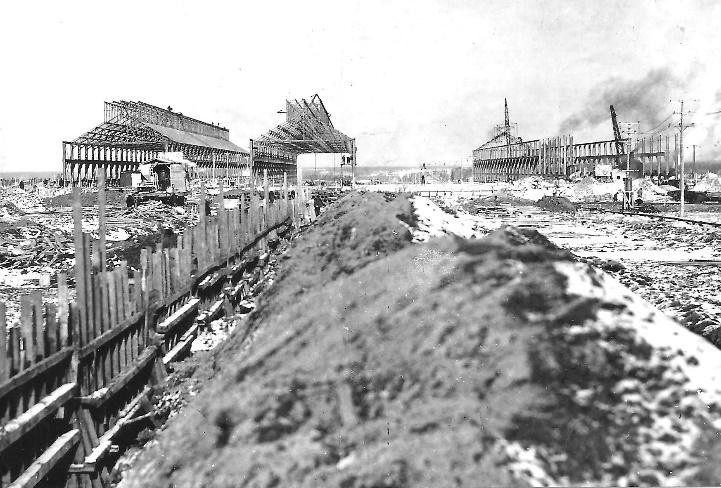 Construction of the carbon plant addition in 1918 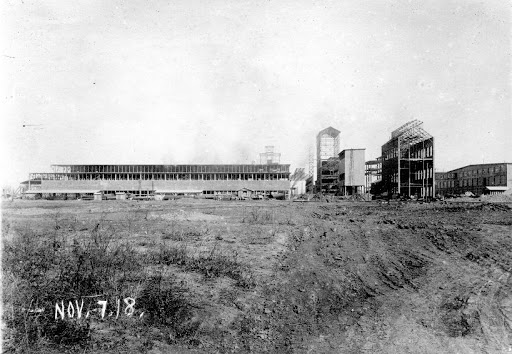 Later on in 1918, a carbon plant was added. The South Plant's purpose was not to produce end products, but to produce the raw aluminum to be utilized by the other manufacturing plants. The high tension yard, where power was brought in from the dams, covered 45 acres and was the largest and had the greatest capacity of any such yard in the nation at the time.