This is the Alcoa Duck Pond, located between the Alcoa Elementary and Intermediate school. This pond is home to many events of Alcoa, one being the popular Freedomfest, and a general gathering place for Alcoa citizens. Many come to play in the open fields surrounding it, to feed the ducks, or to just enjoy the scenery due to the view of the mountains. 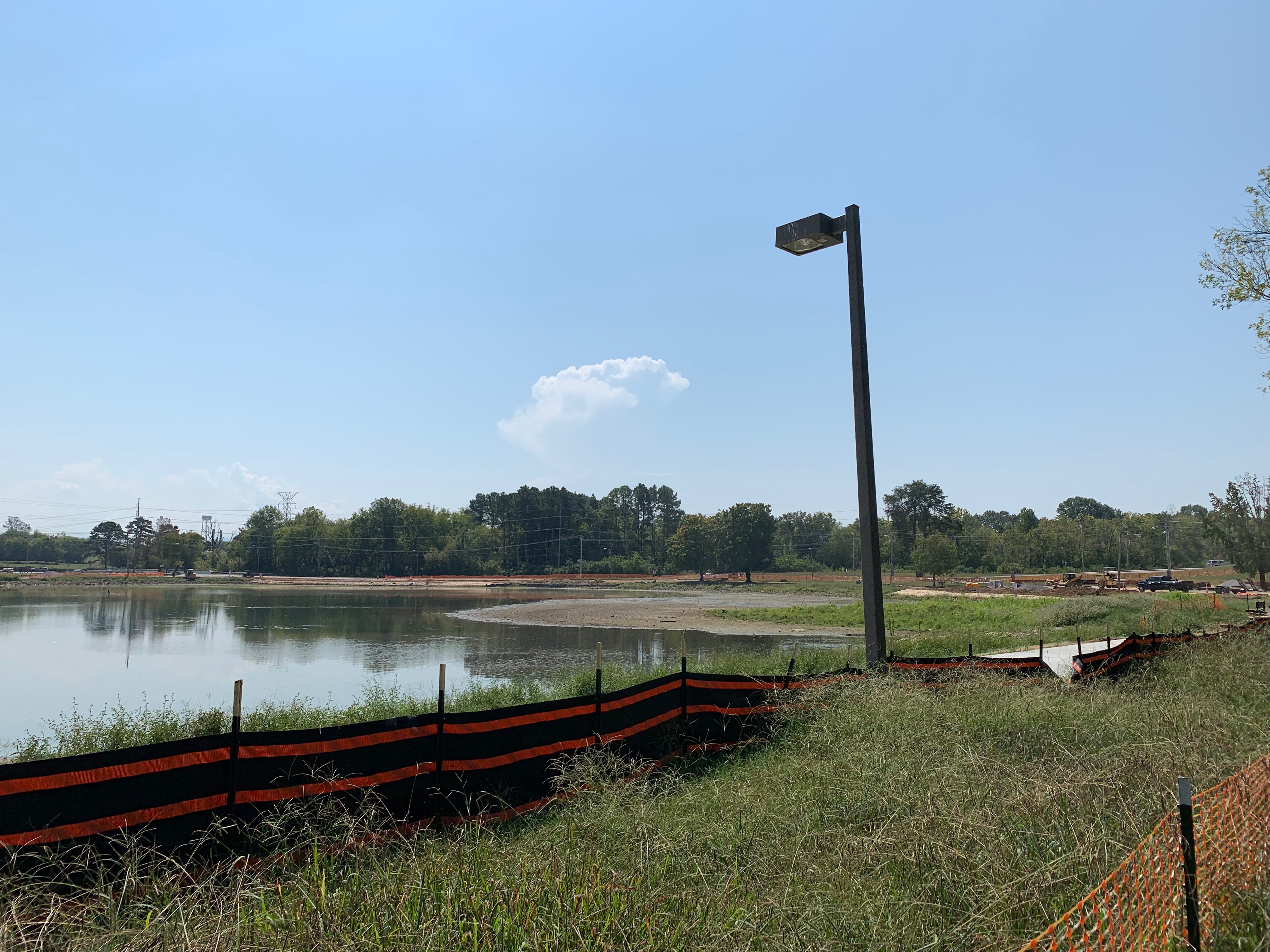 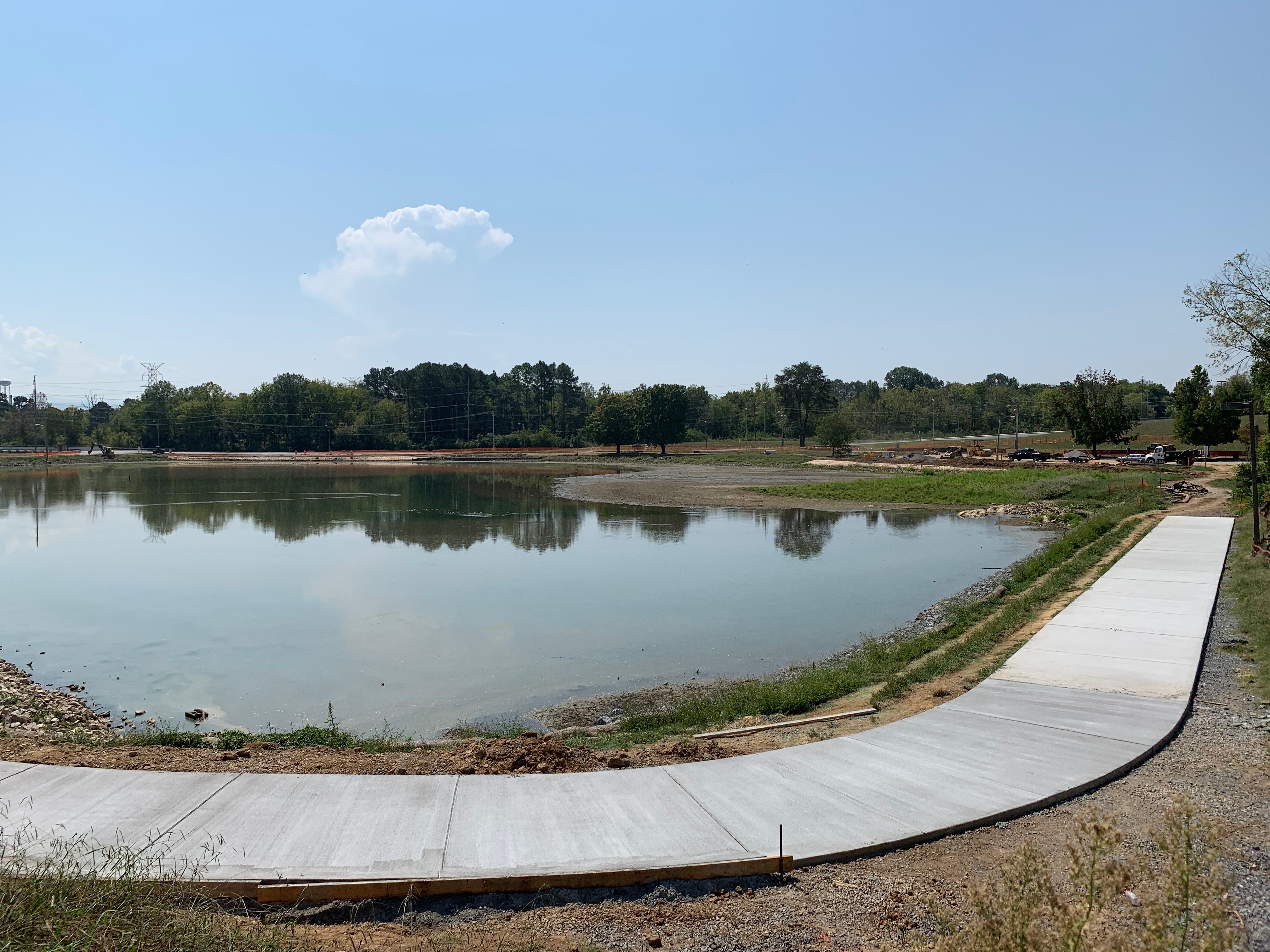 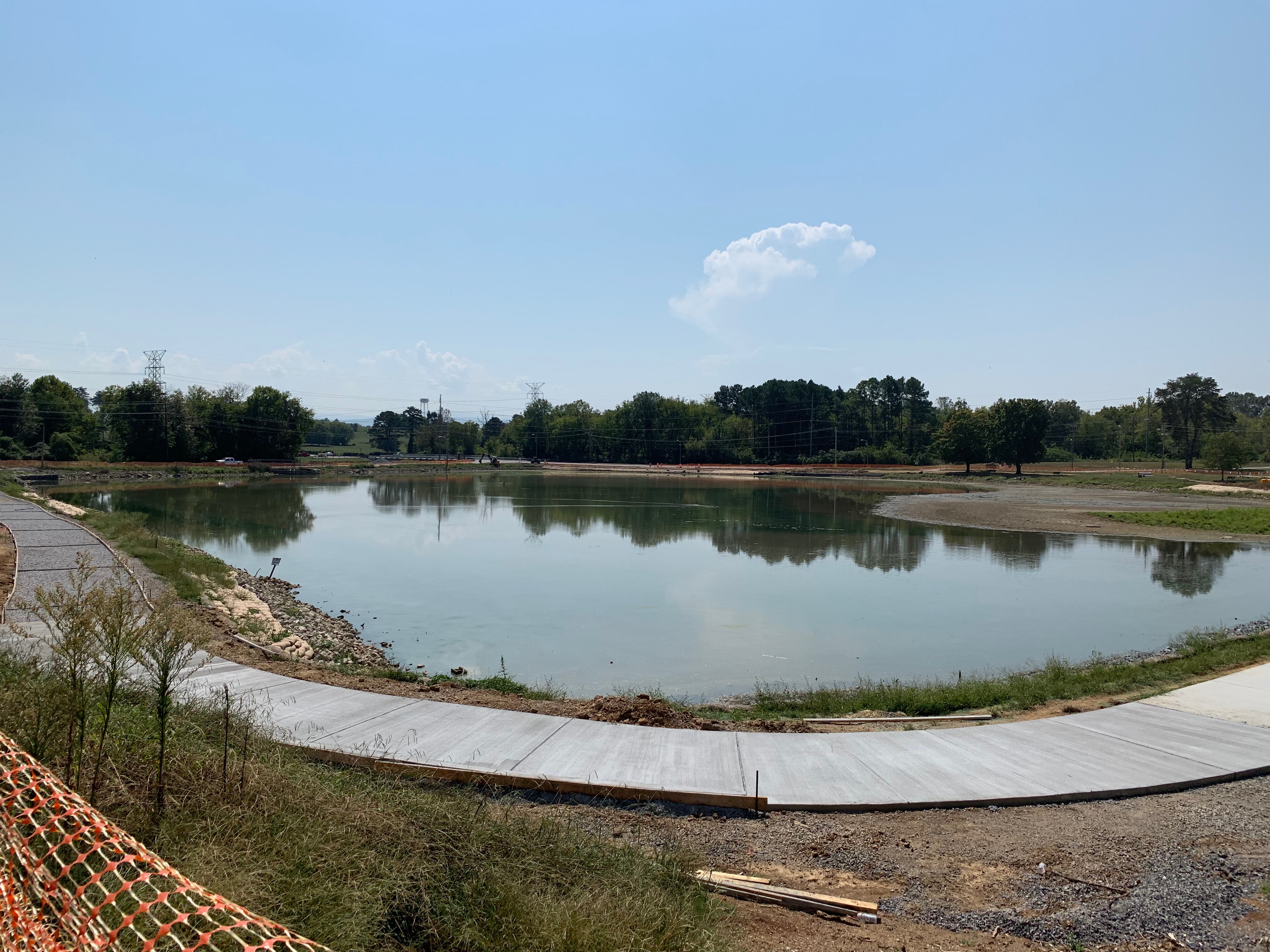 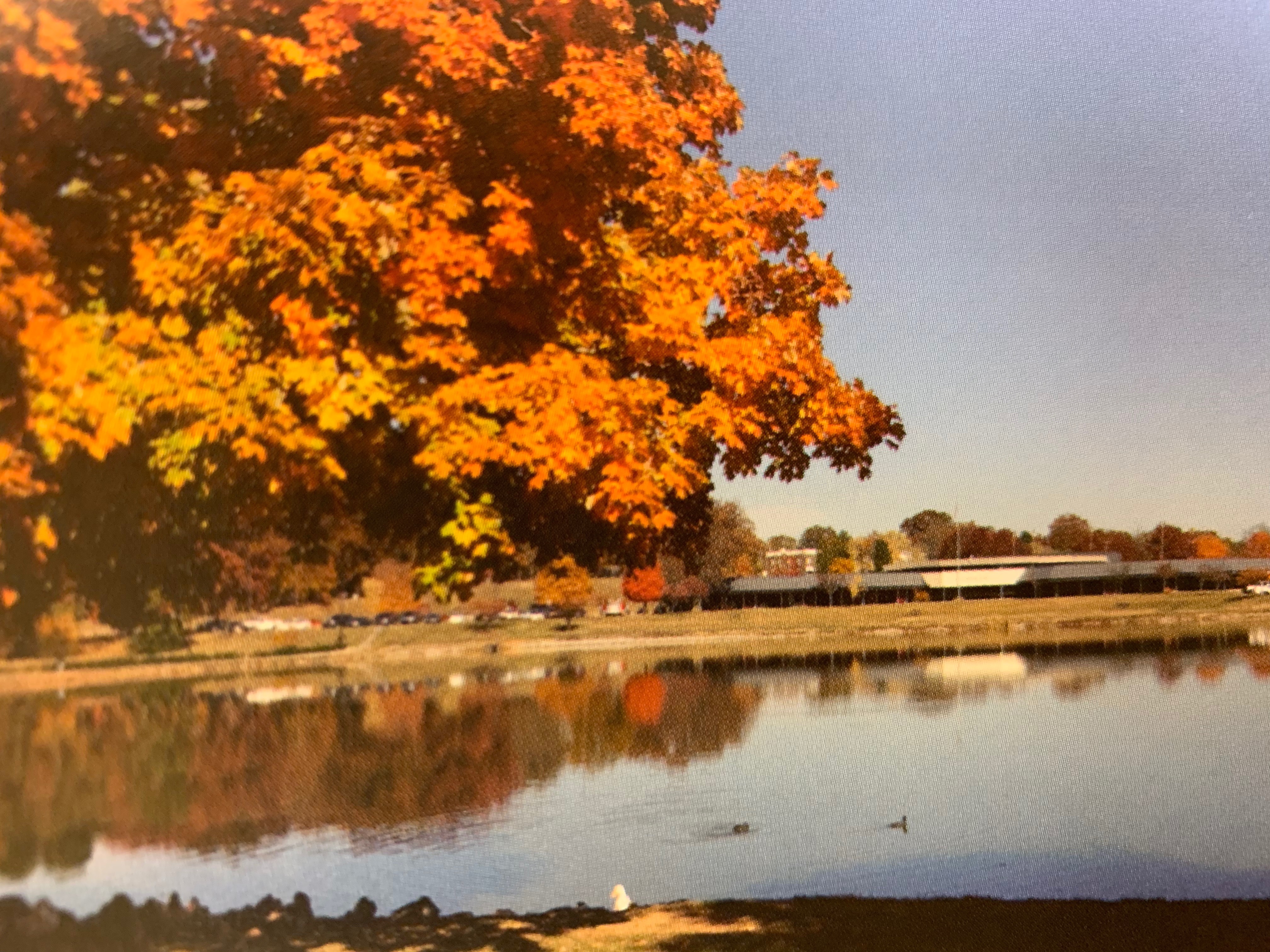 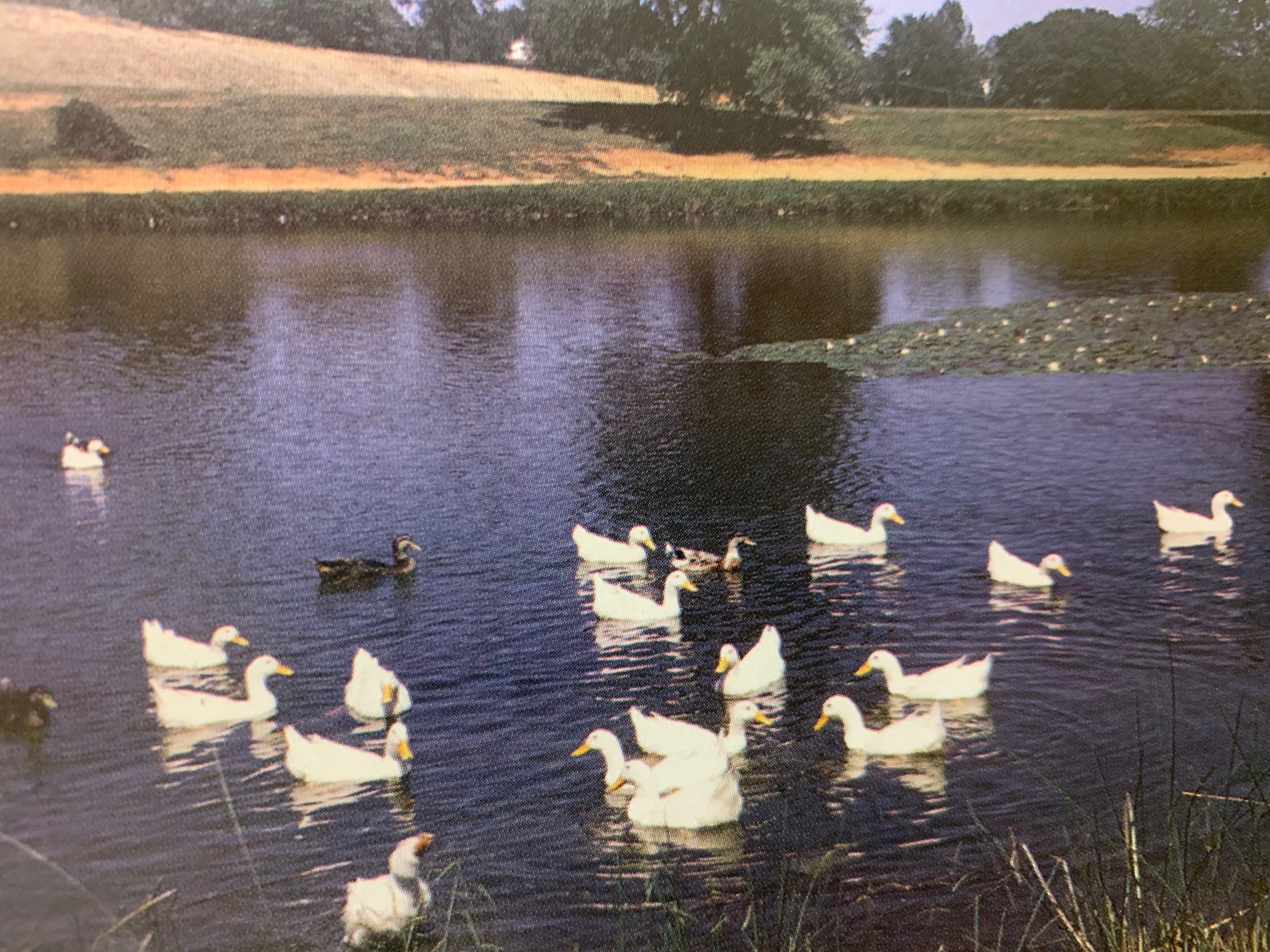 At a March 12, 1931 commission meeting, Hultquist noted that work was being done on a proposed lake in Springbrook Park. Known as Mirror Lake, it was located adjacent to the pool and later became the Lily Pond, featuring pink and white lilies. The next lake, today's Duck Pond, was not part of the landscape until the 1950s. Clearing for a fish lake was underway by July 1952, and a small dam was built in May 1953 adjacent to Park Road (a portion of which still exists as an entrance into Alcoa Elementary School from Springbrook Road). The dam was to create a proposed lake of more than four acres. In October 1953, the lake was drained to rid it of fish harmful to game fish, and in December the lake was stocked with 4,000 bream. The lake was additionally stocked with 400 largemouth bass in May 21, 1954. During that same year, the city planted weeping willow trees on the Springbrook Road side of the lake, and maple trees on the opposite side, in order to improve landscaping. The fishing pond was completed by 1954, but fishing was not allowed until June 7, 1955. The pond has stayed a popular place for fishing and is the site of at least on fishing tournament a year.