The Republic Iron and Steel Office Building was completed in 1911 and served as the main office building of the Republic Iron and Steel company, one of the four major steel manufacturers in Youngstown at the time. The structure remained an office building until the 1920s when it transformed into a "Clock House" for the employees and later a hospital for the steelworkers at the plants. The building was demolished in 1995 in an attempt to clear unused space in the city.

Republic Steel offices near the Market Street Bridge in downtown Youngstown, circa 1920. 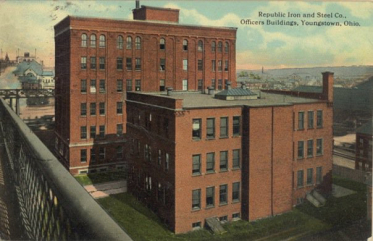 The Republic Steel offices being demolished in 1995. 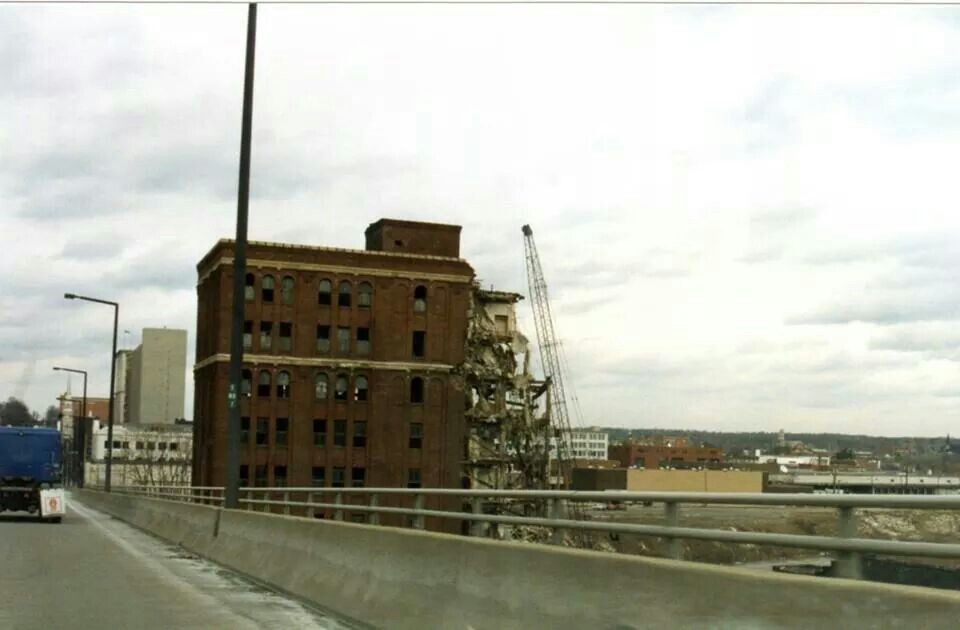 The Republic Iron and Steel Company did not always have a clean reputation in Youngstown. A growing strike, in which some considered a riot, broke out in January of 1916 due to workers demanding a higher wage after “war orders” for more steel came into the Mahoning Valley. On January 4th, 1916, steelworkers from the Republic Iron and Steel Company joined the fray. The strikes rose until January 6th, when the official riot occurred, shops were looted, buildings were burned, and troops were called in to break up the affair. The situation ended with an increase in wages for the workers; however this came too late to stop the riots.

In the 1920s, the building turned from holding offices to holding the “Clock House” for the Republic Steel and Iron Company. This was not the final transition for the building as it turned into the hospital for the local plants in order to provide faster care for the plant workers. Youngstown did not hold the official company offices forever, and in 1936 the company moved to Cleveland, Ohio, in order to take advantage of the growing automobile industry.

The Republic Iron and Steel office building, like many industrial buildings in Youngstown, no longer stands. The building was demolished in 1995 as part of a city-wide project to rejuvenate Youngstown and clear wasted space due to a changing economy.