On September 22, 1864, Confederate General Jubal Early with 18,000 Confederate soldiers made a stand at Fisher's Hill against the Union army. Union General Phillip H. Sheridan with 60,000 Union soldiers defeated the Confederate army mainly due to overwhelming numbers. 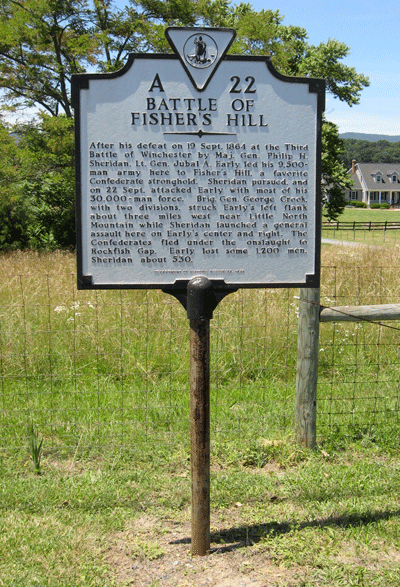 Monument to the Civil War Battle of Fisher's Hill along the Valley Pike south of Strasburg, Virginia 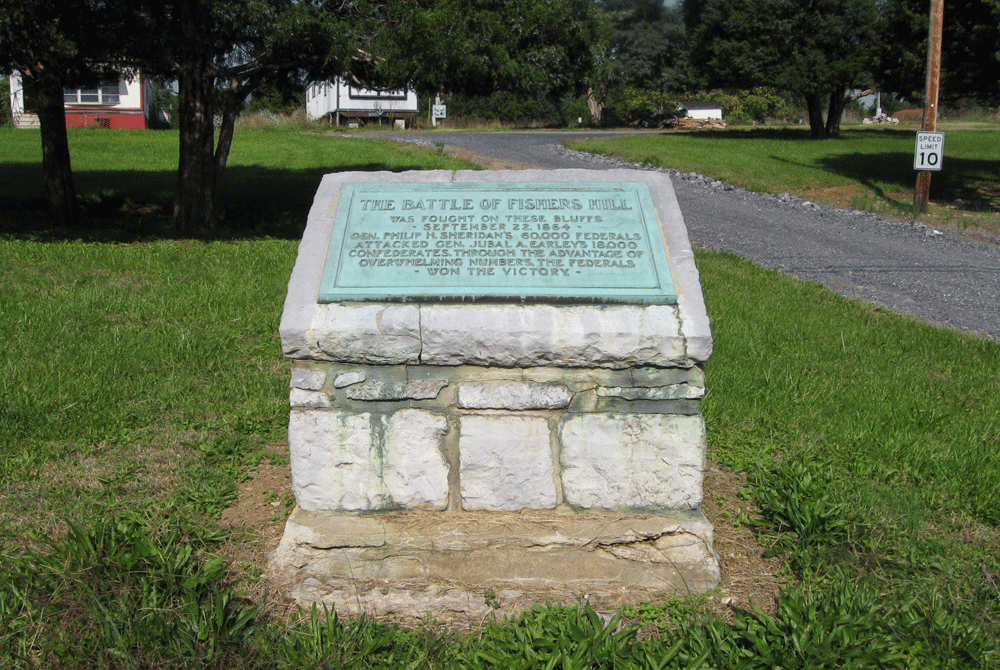 The tree still provides a great look out over the Valley 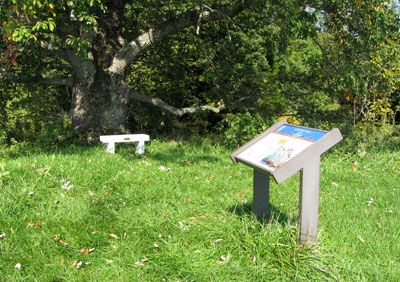 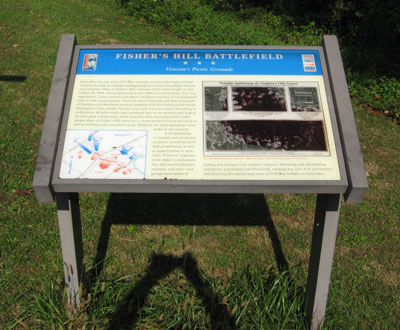 Just 2 miles south of Strasburg, Va. is the battlefield for Fisher's Hill. On this site there is a trail about 0.4 mile long where a person can view the battlefield.

Confederate Gen. Early had been ordered to divert Union forces from the Siege of Petersburg and the fighting around Richmond by threatening Washington by taking control of the Shenandoah Valley. He succeeded somewhat by drawing forces away from the other battles. Union General Phillip Sheridan had about 30,000 men opposing the 18,000 men under the command of the Confederate General Jubal Early for control of the Shenandoah Valley. After the defeat of Gen Early at the Battle of Winchester, the Confederate army was retreating south.

South of Strasburg the Shenandoah Valley is split in two by 40 mile long Masanutton Mountain, crossed by only one steep pass halfway down its length. The entrance to the northern half of the Valley is only four miles wide. A stream, Tumbling Run, comes down out of the west, carving a ravine on the north side of a steep-fronted ridge known as Fisher's Hill.The position seemed like a good place for Confederate Gen. Early to take a stand.