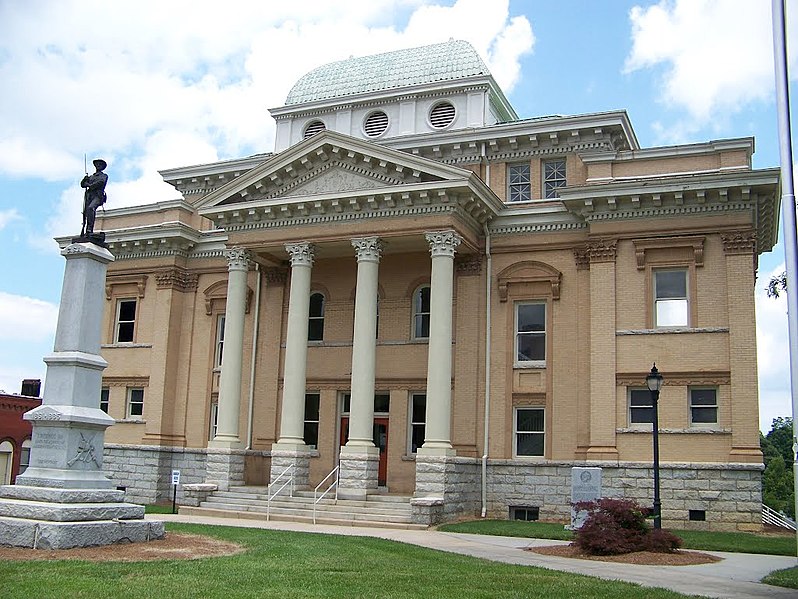 The Monument in front of the Randolph County Courthouse 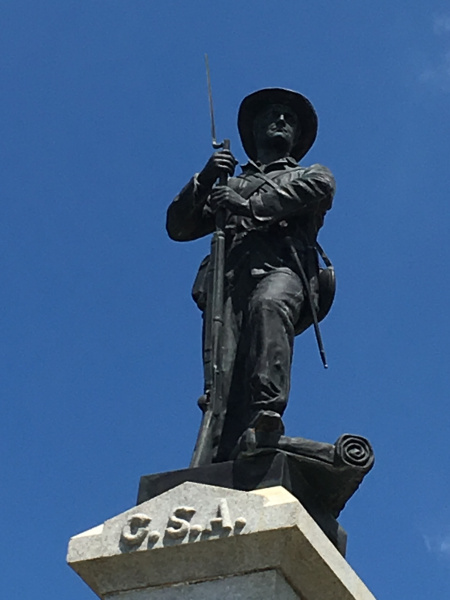 Memorial to the Fallen Soldiers of the Civil War 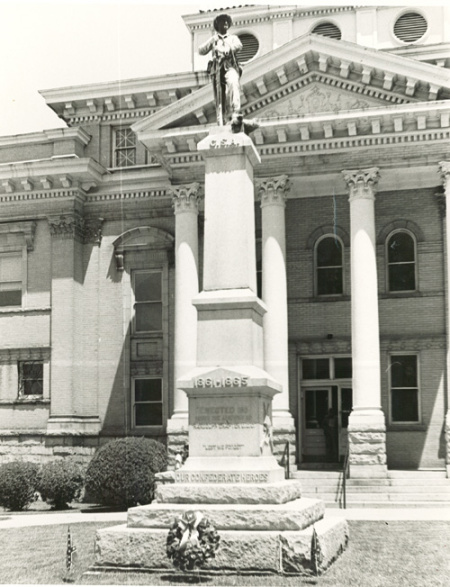 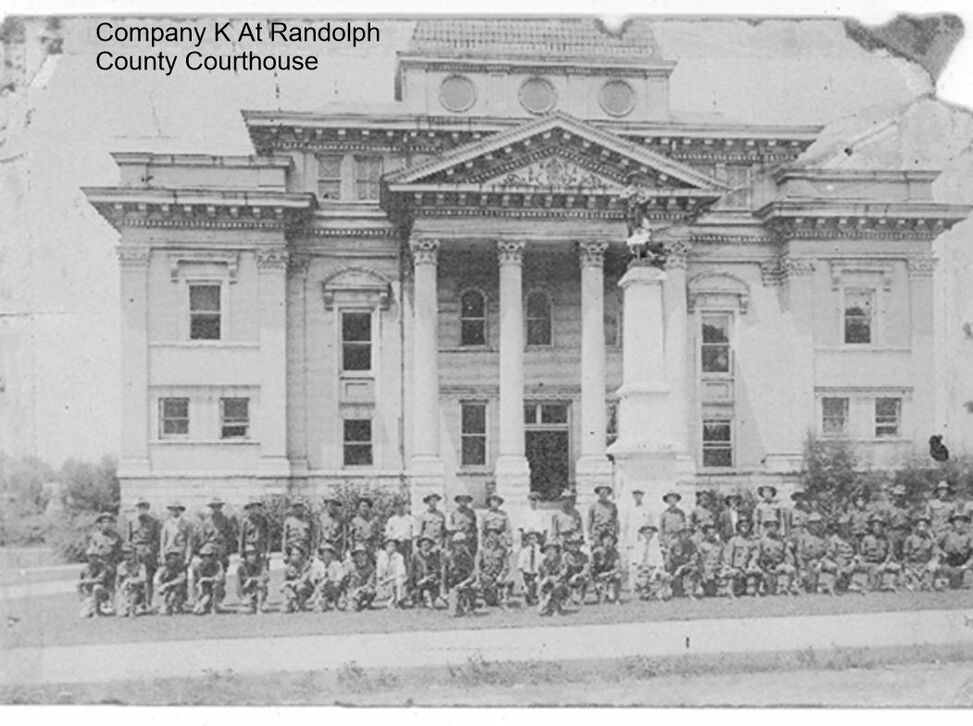 Randolph County was established in 1779 during the Revolutionary War when it annexed itself from its northern neighbor Guilford County. Many of the inhabitants of the previously southern half of Guilford County argued to the North Carolina General Assembly that the Guilford County courthouse was too far away to be engaged with. It was named “Randolph” County after Peyton Randolph, who had served on the Continental Congress as President. During that time, court was held at the home of Abraham Reese, who was commissioned by the North Carolina legislature till a court was built.

The first courthouse was built at that time on Stephen Rigdon’s property as a little log cabin. It was situated at the crossroads of Salisbury-Hillsborough road and Cross Creek-Salem road. This was an ideal location as it was located centrally to where the majority of traffic would be coming to the new county. Not long after, however, a two-story courthouse replaced this little log house, where Tom Dougan donated around a hundred acres to the county. The county seat was moved to this location, and the name of the town was Johnstonville, in honor of Samuel Johnston, then governor of North Carolina. Located just south of US Highway 311, Johnstonville is no longer, after population declined until fading away. The first county historian, however, J.A. Blair, had much praise to be said about it at the time. “It was a quaint two-story, hip-roofed house… The nails used in its construction were made in a smith-shop near the place, and the plank were sawed by hand.”

As people began to move away from Johnstonville and into other surrounding areas, they began to once again complain of the distance between towns and the county courthouse. It was decided that the new courthouse and county seat should be placed as close to the geographical center as possible, which is what today is known as Asheboro. This land was owned by Jesse Henley, who sold two acres to the county. A small building was built on the land at the intersection of now Main and Salisbury Street on June 12, 1793. On Christmas Day three years later in 1796, the General Assembly enabled the creation of a town at the location of the courthouse, making it the county seat. This seat was named for Samuel Ashe, governor of North Carolina. Asheboro remained primarily a business town, being slow paced until court was in session, when the town transformed into a booming hub of activity for people. By the mid to late 19th century, the railroads as well as surrounding goldmines produced much of the wealth for the town of Asheboro. Textile mills also played a crucial role in the community and economy.

In 1805, a large two-story building was erected for the courthouse. This was the first courthouse for Asheboro and the fourth for the county. It was replaced in 1830 by a smaller two-story brick building, but this fifth courthouse was labeled defective in 1838. In February of 1839, construction for the sixth courthouse began, but there is no record of the completion date, however it is known that in March of 1876 there was a new entrance portico added to the south, and an extension for the courtroom on the north. Due to space and location, however, the Board of Commissions decided on March of 1908 to build the county’s seventh courthouse. This building was modeled after the 1899 Iredell County courthouse, and construction began on July 8, 1908 and finished in 1909. Total cost was around $34,000, however this was a reduction of the original price, as residents of the county helped, as well as the Board stepping in to cut costs. Still, this was a large sum in that time, and the construction of Asheboro’s fourth courthouse was controversial because of this cost, as well as political factors surrounding the construction.