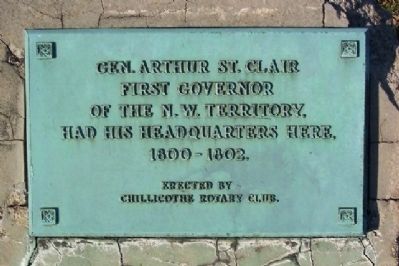 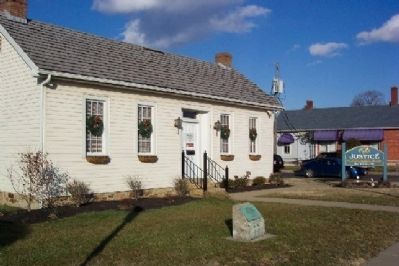 St. Clair convinced some Indian leaders to sign the Treaty of Fort Harmar. This treaty required Ohio's Indian tribes to give up much of their land and to open those lands to settlement. Most Indians refused to honor the treaty. Prominent American Indian leaders were not invited to the negotiations or refused to participate. Those leaders who did sign the document did not represent their entire tribe. The Treaty of Fort Harmar gave them reason to resist settlement of their lands. The construction of forts began. The purpose was to protect settlers and force the Indians to honor the terms of the treaty. St. Clair ordered General Josiah Harmar and an army of nearly 1,500 troops to attempt to squash the Indian tribes residing in the Northwest Territories. St. Clair ordered Harmar to destroy a settlement of Miami in Fort Wayne, Indiana. Shawnee chief Blue Jacket and Miami Chief Little Turtle led the resistance of Indians against Harmar's men and defeated them in a His face battle that came to be known as Harmar's Defeat. St. Clair decided to deal with the American Indians personally.

St. Clar and his men left Fort Washington, near Cincinnati, on September 1791. St. Clair faced problems with desertion from his force of mostly militiamen from the beginning of his campaign. His men faced poor weather conditions from the start of the journey. St. Clair had issues keeping his soldiers fed. Despite these problems, St. Clair would advance into present-day Indiana and attack the Miami.

His men had arrived at the Wabash River, near the Miami village. Chief Little Turtle led his warriors against St. Clair's force. The American camp was surrounded. After three hours of fighting, the remaining soldiers fought through the Indians and began a retreat. 623 of the 1400 soldiers were killed while another 258 wounded. The Indians had routed St. Clair and his force.

President George Washington forced St. Clair to resign from his command, but he remained governor of the Northwest Territory.

He still faced problems with the Indians. Washington would dispatch General Anthony Wayne to deal with the Indians, where others had failed. Wayne defeated the American Indians at the Battle of Fallen Timbers in August 1794. In 1795, most American Indians in modern-day Ohio signed the Treaty of Greenville, relinquishing all of their land holdings in Ohio except what is now the northwestern corner of the state.