The Presbyterian church on Main Street in Beverly, West Virginia is the second such structure that has stood at that location, although a Presbyterian congregation has existed in the area since 1772. Built between 1869 and 1873 in the Victorian Gothic style, the current Beverly Presbyterian Church replaced an earlier building constructed in 1859. The congregation’s first church did not last long, being dismantled by federal troops for use in the construction of huts for winter quarters during their occupation of the town in the American Civil War. The huts in the immediate vicinity of the dismantled Presbyterian church’s former location on Main Street were the first attacked during Confederate General Thomas Rosser’s 1865 raid on Beverly, making the site of additional interest to the town’s Civil War history. The Beverly Presbyterian Church is currently open Tuesday to Thursday from 11 Am to 9 PM, Friday and Saturday from 11 Am to 10 PM, and Sunday from 10 AM to 3 PM. 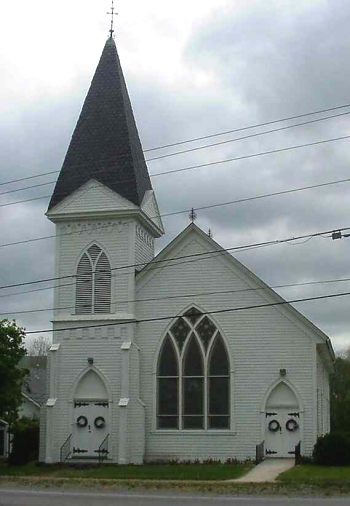 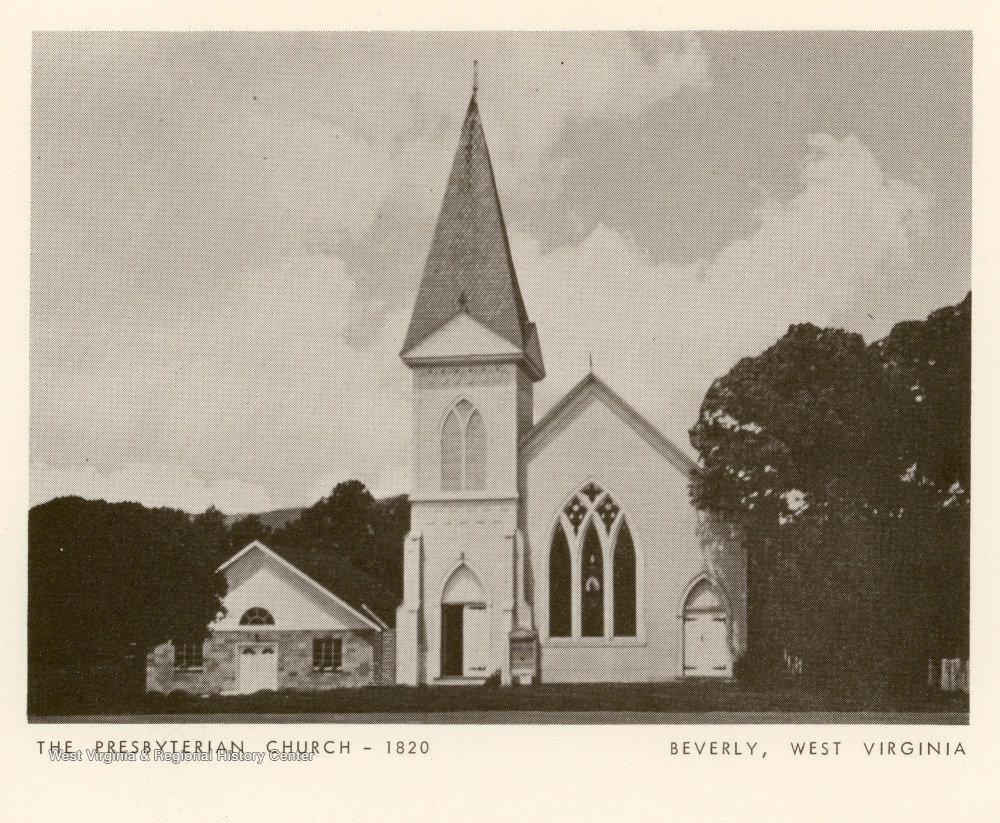 General Thomas Rosser, who attacked Beverly during his 1865 raid of West Virginia. 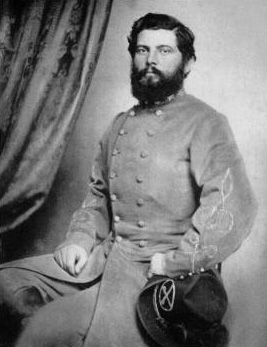 Early records indicate that a Presbyterian congregation has existed in the area now known as Beverly, West Virginia since 1772. At that time, Beverly and the surrounding communities that came to form Randolph County were ministered to by a Reverend Charles Cummins. According to local accounts Cummins attended services in Beverly and elsewhere armed with a rifle (as did many of his worshippers), the fear of Indian attacks being so great that the congregants deemed such preparations a necessity. Reverend Cummins remained in the area of Randolph County for eight years, when the Reverend Edward Crawford replaced him. Crawford in turn continued in his capacity as Presbyterian minister to the area until 1819 before the Reverend Areta Loomis took his place. It was under Reverend Loomis that the Beverly congregation formally joined the Presbyterian Church’s hierarchy as part of the Lexington Presbytery in 1825. It would take another twenty-four years, for the congregation to build their church on Main Street, which was completed under the guidance of Reverend Enoch Thomas in 1859.

The outbreak of the American Civil War in 1861 spelled that first church’s doom, however. Within two years of its construction, it had been dismantled by the federal troops that occupied the town of Beverly after the Battle of Rich Mountain. Because of its location along the Staunton-Parkersburg Turnpike, Beverly stood at the center of a key thoroughfare for the transportation of military goods and personnel from east to west. Despite the fact that the town voted in favor of secession by a slim majority during the Virginia plebiscite of 1861 its strategic importance motivated Union forces under General George B. McClellan to occupy it, which they did after defeating Confederate troops under Colonel John Pegram at Rich Mountain on July 11 of that year. That occupation lasted throughout the war, necessitating the construction of permanent shelters for the Union troops there. Along with the Beverly United Methodist Church and several other buildings in the community the Beverly Presbyterian Church built two years earlier was torn apart, its materials finding their way into the small wooden huts the troops built for themselves as winter quarters.

Those same huts were the first to face the brunt of a Confederate attempt to regain control of the town on January 11, 1865. Early in the morning of that day, three hundred Confederate cavalrymen under General Thomas Rosser surprised the 8th and 34th Ohio Regiments under Colonel Robert Youart before reveille. Rosser, who had crossed through snow-covered mountains in the dead of winter to reach the town, managed to arrive there the morning after a ball that had kept many of the Union officers and their soldiers up late the previous night. As a result the Confederates encountered little resistance and swept their opponents from the location of the Beverly Presbyterian Church to the current site of the Mt. Iser Cemetery, capturing 580 prisoners and briefly occupying the town. Cut off from supplies and facing the possibility of retaliation from Union forces nearby, however, Rosser chose to withdraw his men and leave it to be reoccupied by federal troops.

The Rosser raid was the last Confederate effort to regain territory in the new state of West Virginia prior to the surrender of General Robert E. Lee in April of 1865. After the war many of Beverly’s residents with southern sympathies returned to the town, having fled en masse during the Battle of Rich Mountain in fear of retaliation from federal troops. Beverly Presbyterian Church’s minister prior to the war, Reverend Enoch Thomas, was among those who departed, but did not reoccupy his position with the cession of hostilities. Instead, the Reverend Robert Scott (a Confederate sympathizer from Missouri) took up the position of Presbyterian minister to Randolph County and was the primary driving force behind the construction not only of the current Beverly Presbyterian Church but the Presbyterian churches of Elkins and Huttonsville as well.

Although the church’s congregation attempted on several occasions to petition Congress for reimbursements related to the federal destruction of their house of worship during the war, their requests were refused on the grounds of their extensive ties to the Confederacy. So, the second Beverly Presbyterian Church was built from funds donated by the congregation itself. The structure that eventually rose on Main Street was built in the Victorian Gothic style, its most distinctive feature being the gabled and disproportionately sized steeple. This steeple contains the belfry where the congregation placed its original bell upon the building’s completion in 1873, the only portion of the first church to survive the Civil War.

Maxwell, Hu. The History of Randolph County, West Virginia. From Its Earliest Settlement to the Present, Embracing Records of All the Leading Families, Reminiscences and Traditions. Morgantown, WV: Acme Publishing Co., 1898.