With 205 recorded burials from 1810 to 1930, this cemetery serves as the final resting place for some of the first settlers of European descent and a reminder of Pearisburg's rich history. The first known burial was that of Captain George Pearis (16 February 1746 - 4 November 1810), a Revolutionary War veteran who purchased the land that would ultimately become the town of Pearisburg. By 1930 when the final burials had taken place, the graveyard was abandoned. The cemetery receded from memory and was nearly forgotten until a local Boy Scout troop cleared the land. The Pearis Cemetery is now maintained by The George Pearis Chapter of the Daughters of the American Revolution. 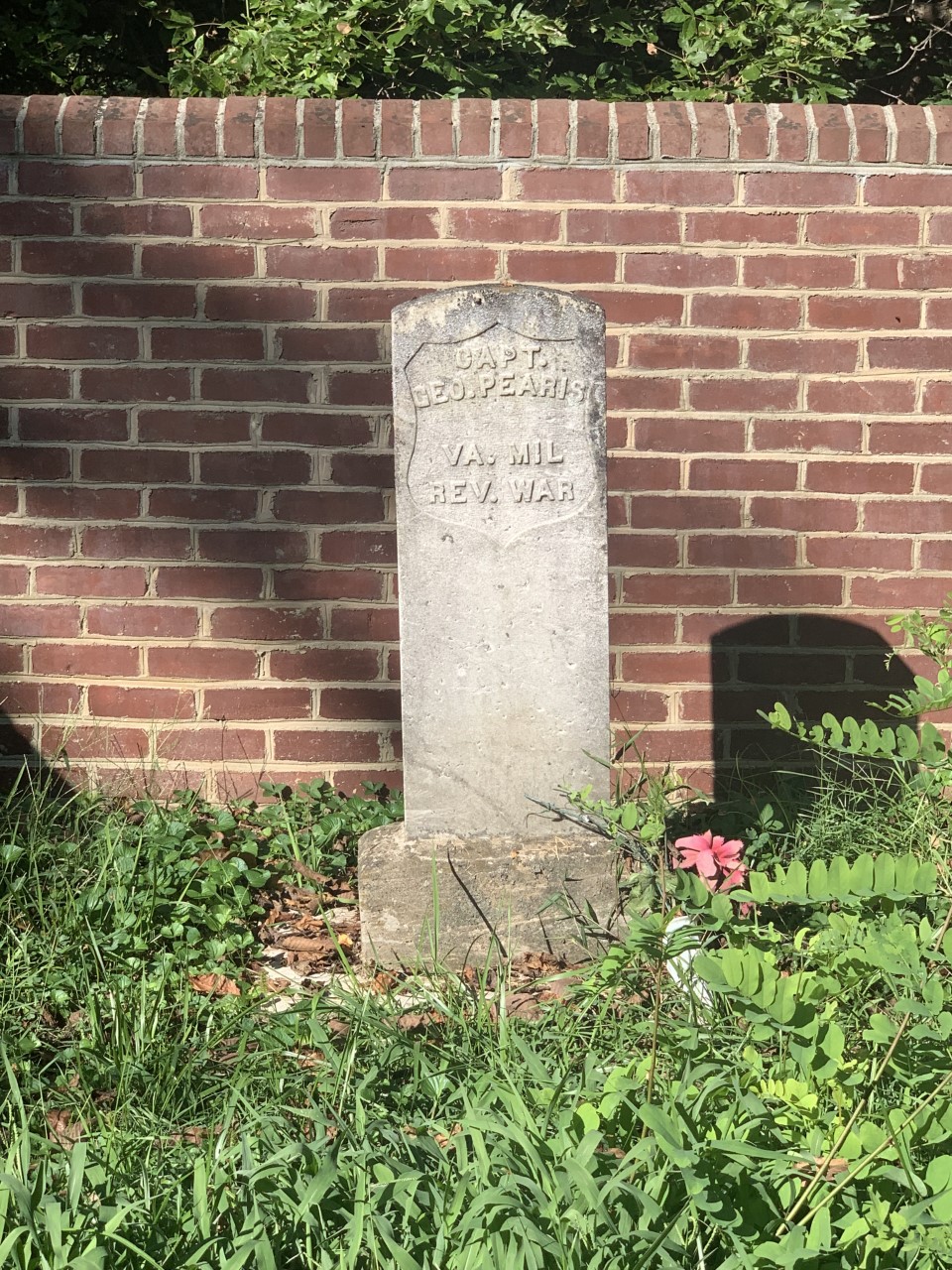 List of known grave sites located in the cemetery: August 2019 (missing page one) 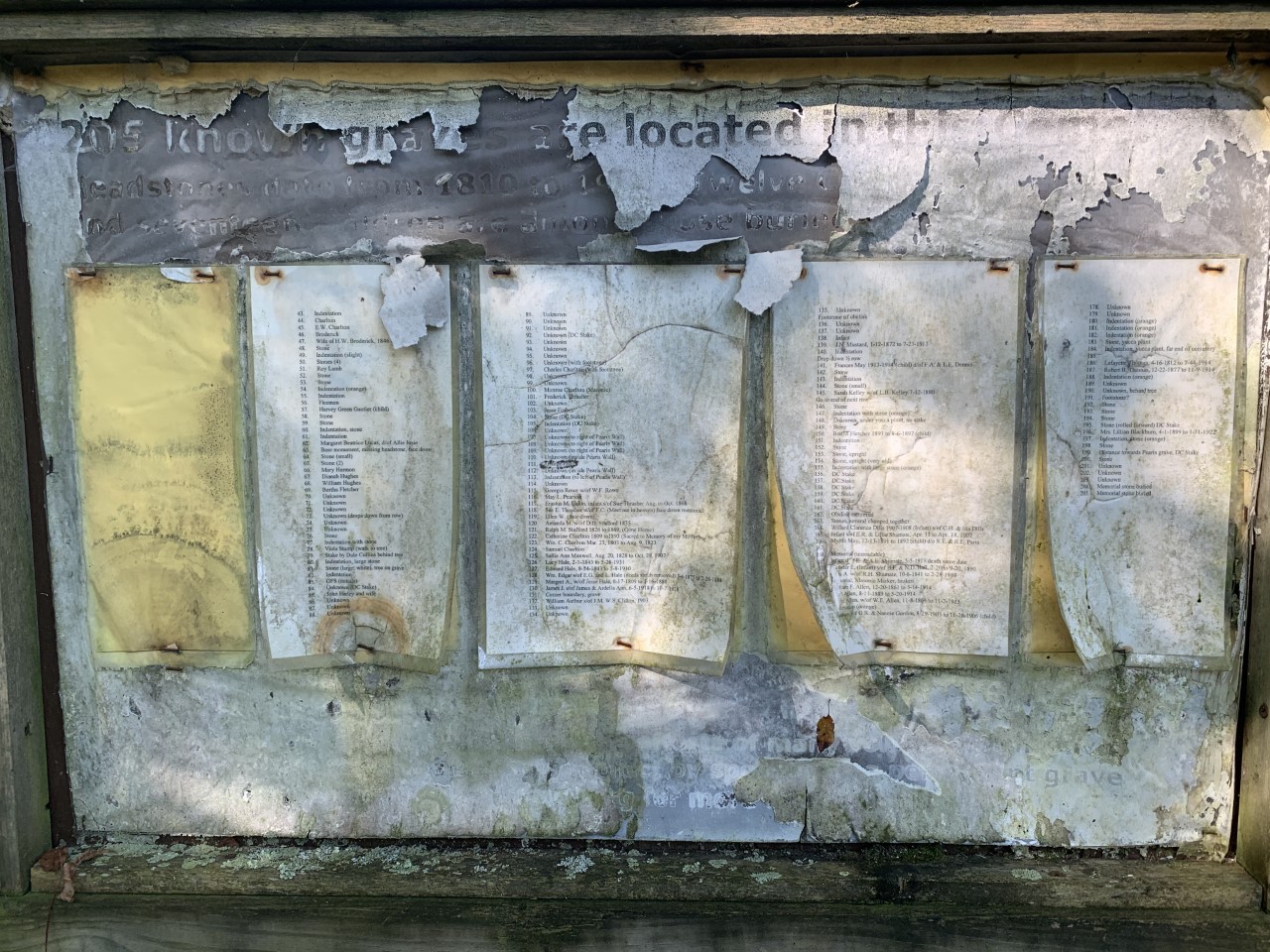 Sign located at the beginning of the Pearis Cemetery Trail 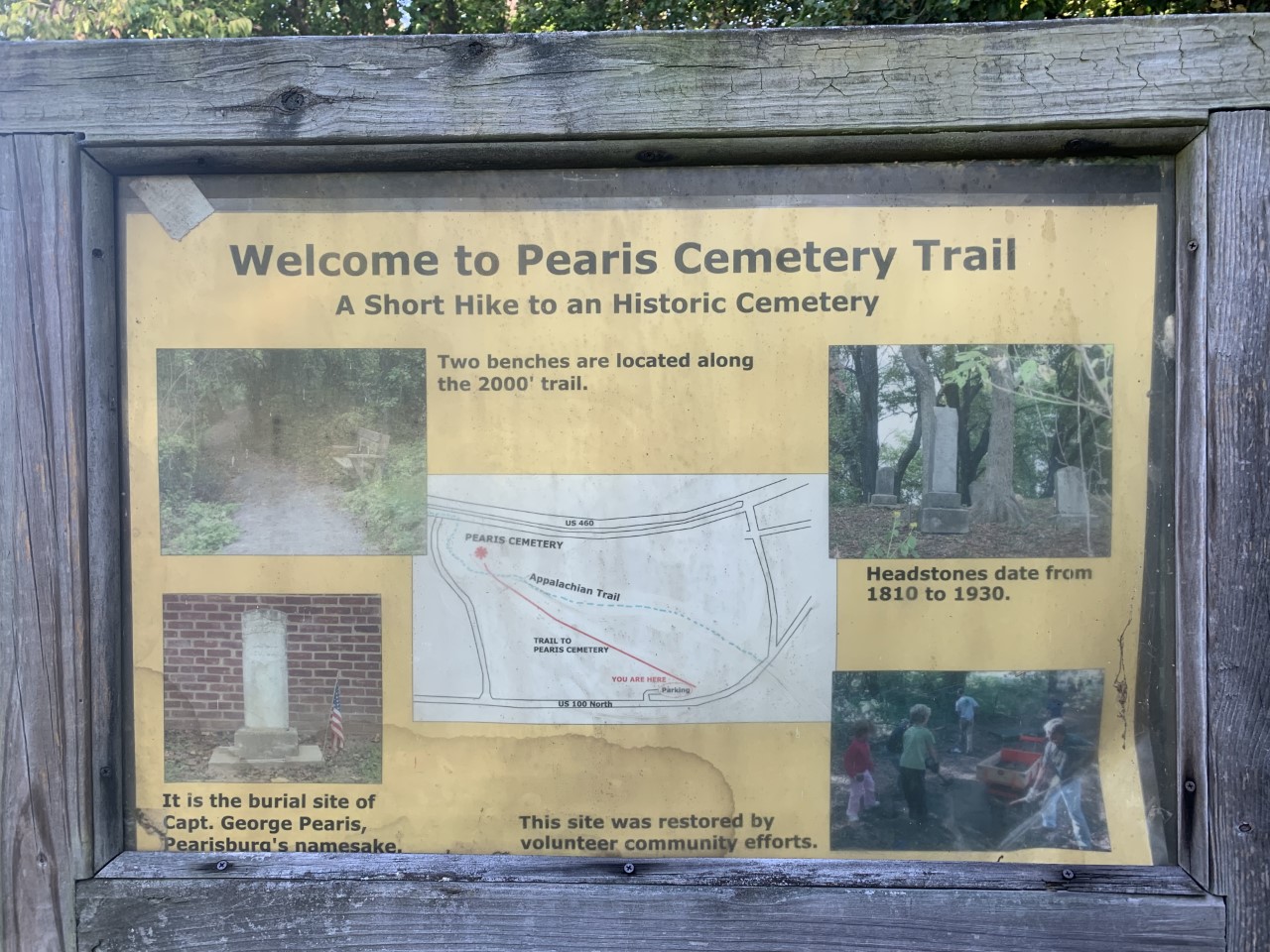 The first known grave site in Pearis Cemetery is that of George Pearis, a Captain during the Revolutionary War and the namesake of Pearisburg. After his shoulder was seriously injured during a battle with the Tories at Shallow Ford on October 14th, 1780, Pearis purchased a tract of land that would later include the original town of Pearisburg when he donated 53 acres of that land to build the town in 1808. He also donated the lumber and stone needed to build the town’s first courthouse, which would last until the current courthouse was constructed in 1836. Pearis’ donations were vital in establishing Pearisburg as the Giles County seat in 1808. When George Pearis died on November 4th, 1810, his ashes were buried on his farm, and this land was designated as a burial site for other locals and Confederate soldiers who were killed in local skirmishes.

Though the cemetery was utilized from 1810-1930, it was ultimately abandoned and all but forgotten about until a local chapter of the Boy Scouts worked to preserve and maintain the Pearis Cemetery. Starting in 2009, The George Pearis Chapter of the Daughters of the American Revolution deemed the cemetery historically significant and elected to make further efforts to preserve the cemetery. Now, the cemetery is a popular destination on the Appalachian Trail for day-hikers and for thru-hikers, and visitors are offered the opportunity to catch a glimpse of Pearisburg’s rich history.