Rensselaer County Soldiers and Sailors Monument in Troy, New York was erected in honor of the men from Rensselaer County N.Y. who fought and died in the Revolutionary Wwar, the War of 1812, and the American Civil War.

The monument shortly after completion 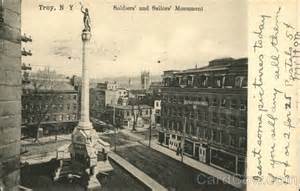 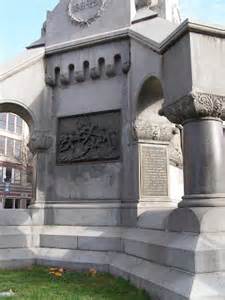 The completed monument stands 93 feet high and is comprised of a granite base, a 50-foot columnn of granite and is topped with a 17-foot high bronze statue of the goddess Columbia who represents the soldiers "call to arms.". The base of the monument features four bronze plaques representing infantry, artillery, cavalry, and naval battle scenes.