Construction on what is now Vermont’s oldest original public meeting house began in 1787, four years prior to statehood. The large, two-story rectangular building was not completed until 1801 and served as a house of worship until 1839 and as a meeting house until 1869. It then sat abandoned, the object of vandals, for decades until restoration work began in 1906. Since then, the meeting house has been meticulously maintained and is still owned by the town of Rockingham which opens it daily during the summer months and rents it out for weddings, baptisms and other functions. It was added to the National Register of Historic Places in 1979 and designated a National Historic Landmark in 2000.

The Rockingham Meeting House with its cemetery in the foreground. 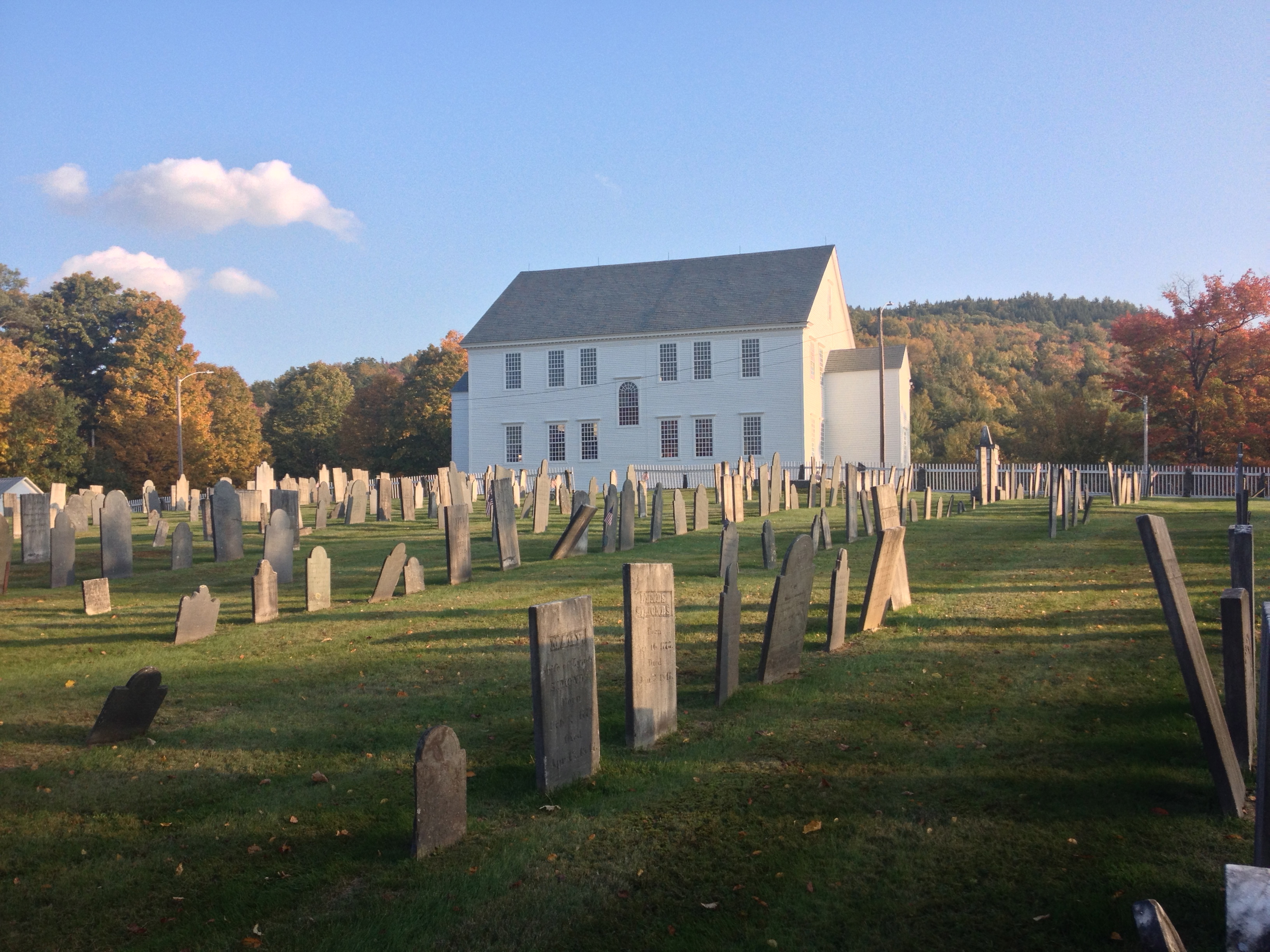 The meeting house as it looked in 1911, the same year the Meeting House Association was formed. 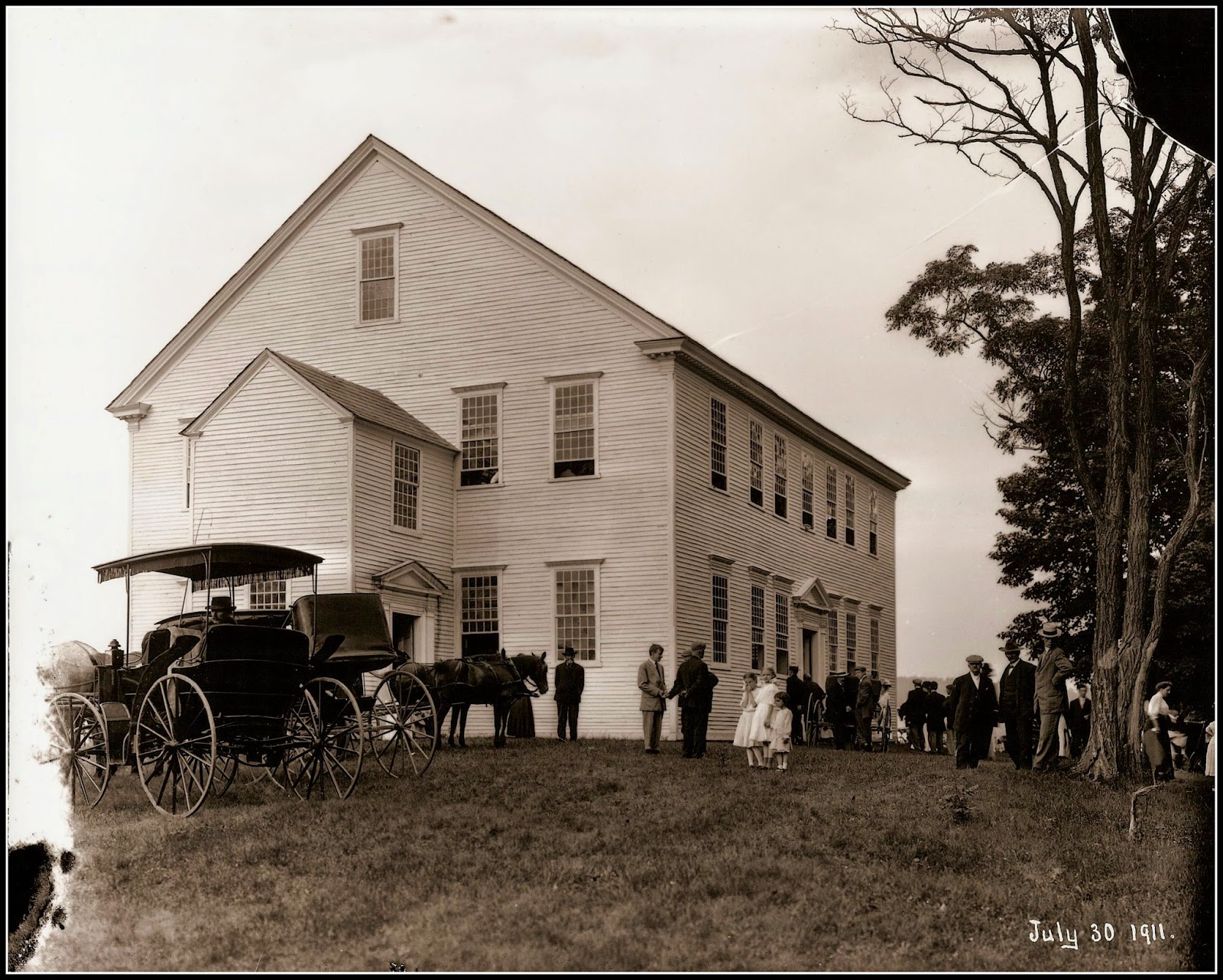 A close up of the pews within the meeting house. 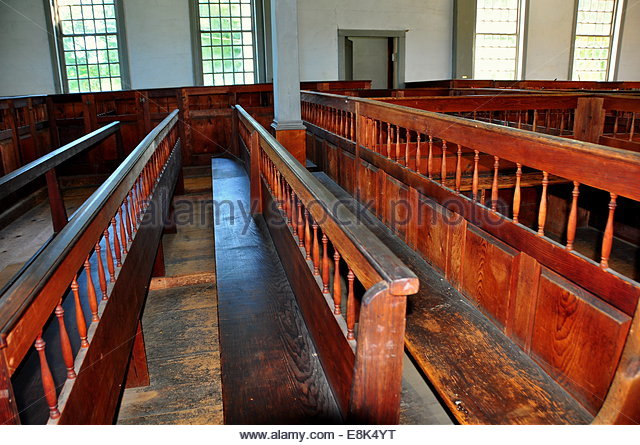 A post card the features the interior of the meeting house shortly after it was renovated. 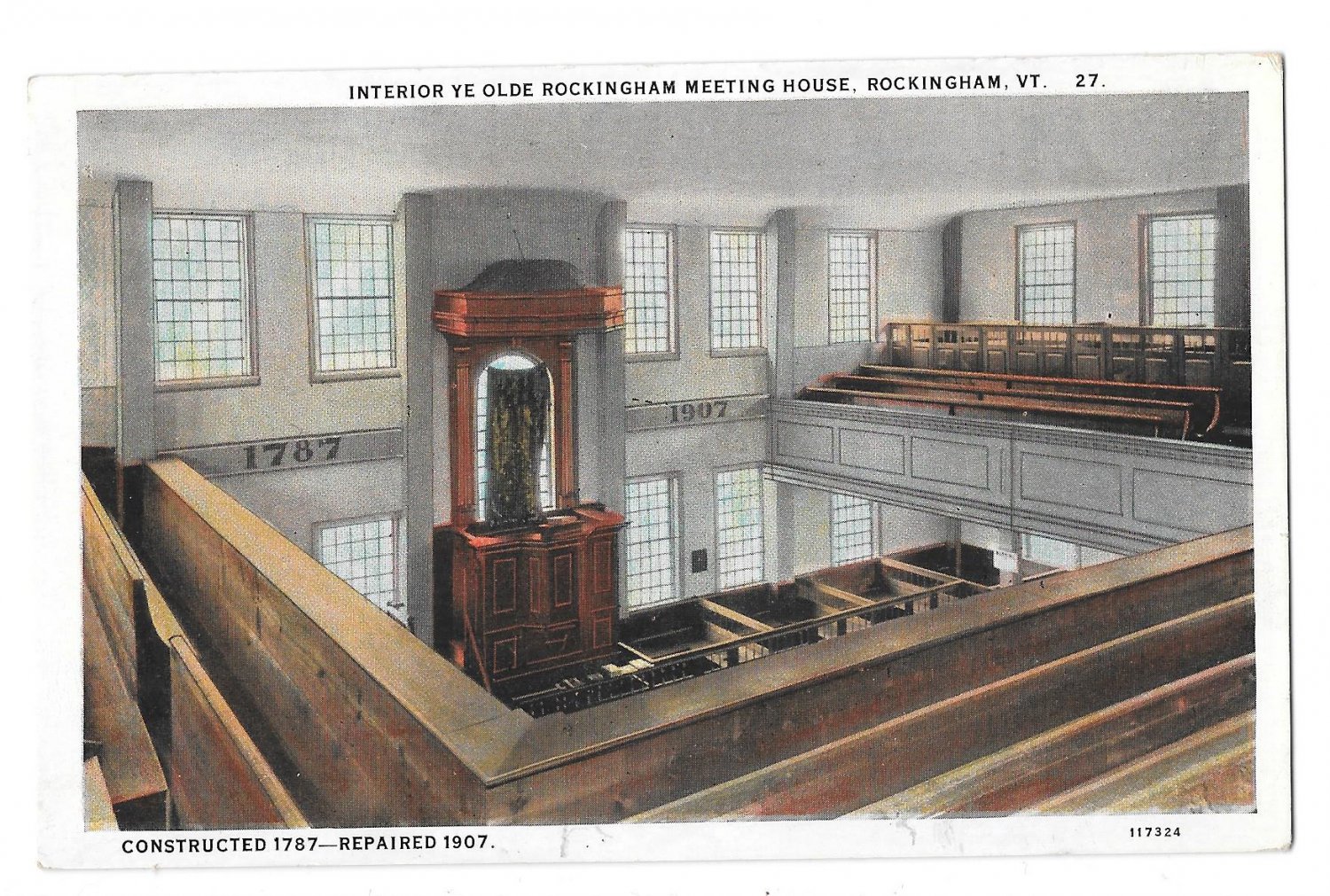 The historical marker that sits outside the meeting house. 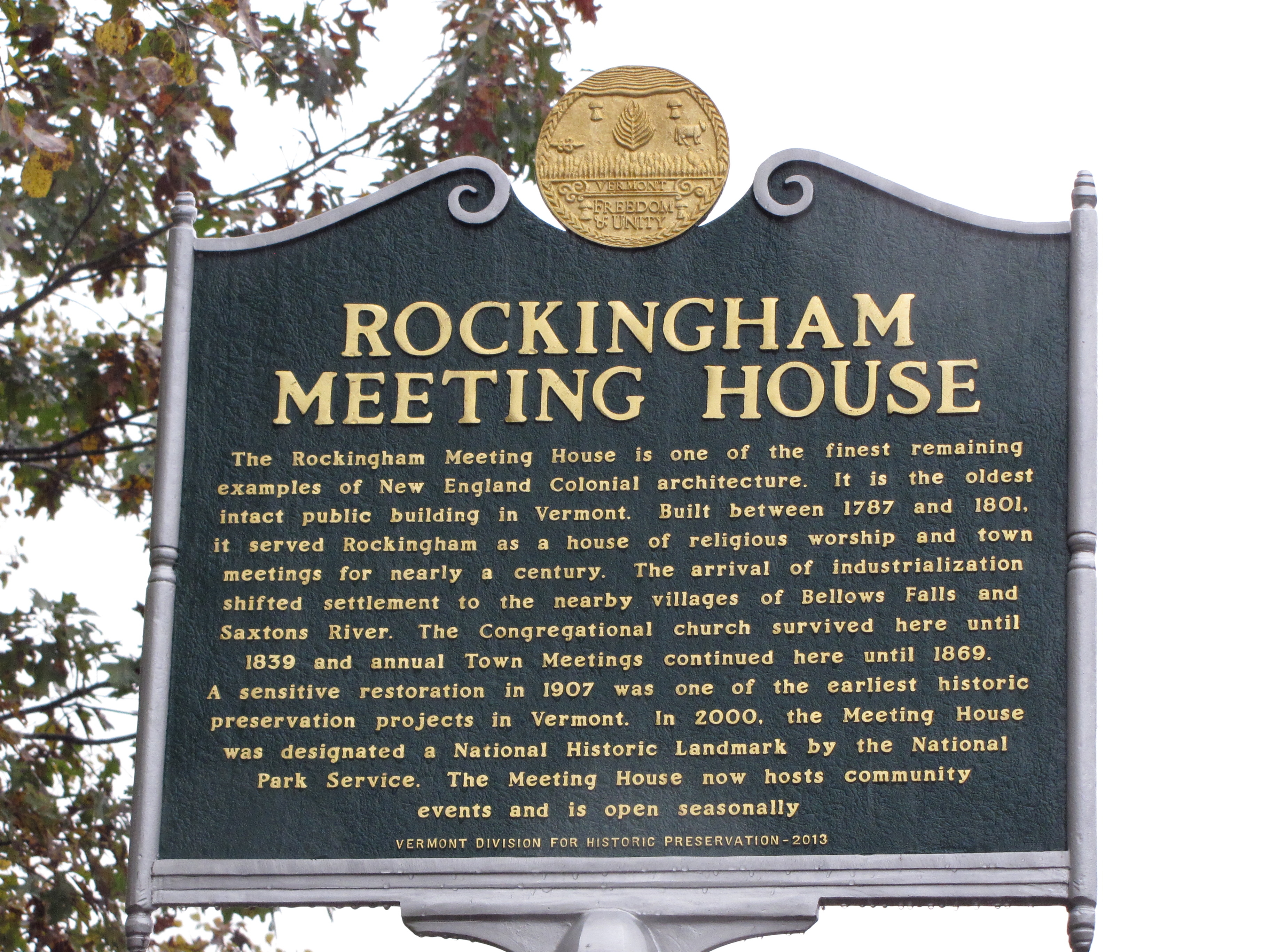 The area around what is now Rockingham was first settled shortly after the conclusion of the French and Indian War in 1763. The first discussion of building a meeting house can be traced to the 1750s and the first was completed in 1774. It was thought that the town would require a larger structure and construction on the new meeting house began on the same 4-acre site in 1787. The town fathers built a large, “second period” meeting house with a wood shingled gable roof, clapboard siding, granite foundation, and two enclosed stairwell ells at either end. Unlike the “first period” meeting houses, the Rockingham Meeting House was rectangular and featured its main entrance on its long side with the pulpit opposite. Inside, the pulpit soars 9 feet above the floor and is surrounded by bench and “pig pen” box pews.

By the 1830s, many of the congregations that used the meeting hall for worship services had built their own churches and the last service took place there in 1839. As for its use as a civic meeting place, the population center of the area shifted to Bellows Falls and a new meeting house was constructed there in 1869, making the Rockingham house unnecessary. It then sat vacant for decades while vandals removed its hardware, spindles from the pew rails and covered its interior with graffiti. However, the old meeting house was spared destruction in a fire that razed much of the town in 1906. It was then that the community saw the value in saving the venerable structure and restoration efforts began in earnest.

This was one of the earliest historic preservation projects in the state. During this restoration, the wood shingled roof was replaced with slate shingles, 1400 pew spindles were replaced, as were 60 pew doors and the front benches, and the pulpit was replaced as well. The restoration was completed in 1907, the same year the town held its first Old Home Days, complete with its Pilgrimage to the Meeting House, which still occurs every year in early August.

Adjacent to the meeting house is the Rockingham Burying Yard, or Cemetery, which contains over 1,000 graves, some dating back to the early 1780s. The cemetery features slate and marble headstones of four distinct styles designed and cut by four or five stone masons and are examples of some of the earliest funerary art in Vermont. Today, the Rockingham Meeting House, which can be seen for miles due to its hilltop location, is open daily from Memorial Day Weekend through Columbus Day Weekend and is available for rental for appropriate functions.