The Manhattan Beach Jewish Center was built in 1952, in the midst of the postwar "Jewish Center" movement. The center features a synagogue, which was the original structure, as well as a seven-story community center that was added ten years later. The synagogue, which was designed by Jacob W. Sherman, was built in a style clearly influenced by the Bauhaus movement. The building suffered considerable flooding as a result of Hurricane Sandy in 2012, but recovered and was added to the National Register of Historic Places in 2015.

Manhattan Beach Jewish Center, with the later addition in the background 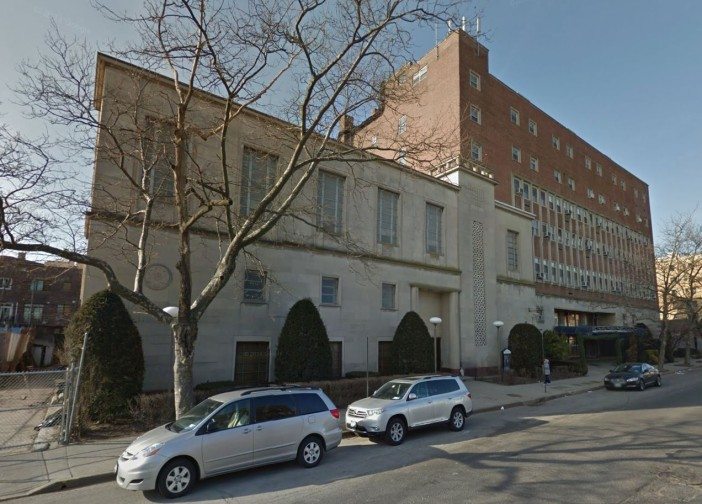 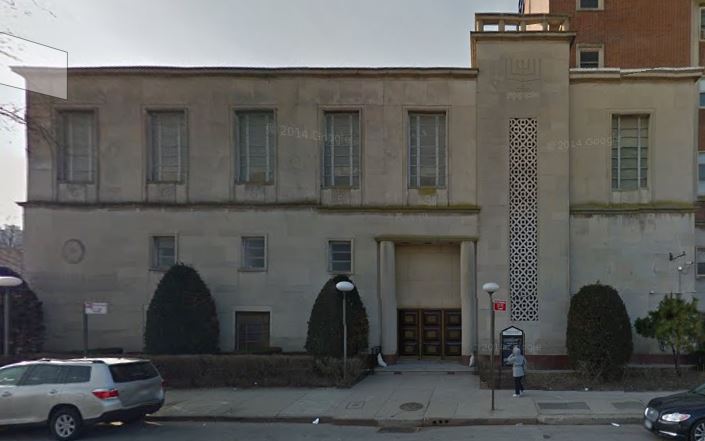 The years following World War II saw Jewish community centers established throughout the United States and other countries, and existing community centers significant membership increases. Brooklyn had one of the nation's largest Jewish populations, and in 1952, the Manhattan Beach Jewish Center was built. It would serve as the synagogue for the B'Nai Israel congregation.

The center was based on the design of architect Jacob W. Sherman. The synagogue, which shows an obvious Bauhaus influence common among synagogues built during that time, was completed in 1952. There were plans for an adjacent community center, but it was delayed for a decade due to a lack of funding. When the center was finally completed in 1962, it included a swimming pool, meeting rooms, classrooms, a ballroom, and a gymnasium.

In the 1920s, Congregation B'Nai Israel operated a school jointly with the Congregation Bethel. The school was known as the "Jewish Center," but the congregations didn't fully adopt the concept of a center until the new facility was built in 1952, and particularly with the expansion ten years later. It was only after the addition of the seven-story community center that the name was changed to the Manhattan Beach Jewish Center.

The Manhattan Beach Jewish Center is still a vital part of Brooklyn's Jewish community, which has grown in recent years. In 2012, the center was damaged by flooding from Hurricane Sandy, which inundated the synagogue and community center with five feet of water. The facilities underwent a lengthy recovery and restoration, and the original historic structure survived largely intact.

In 2015, the center was added to the National Register of Historic Places.