Built in 1890, the Lincoln Club was once one of the most elite social clubs in Brooklyn. It was founded by Republicans who named it for the patron saint of their party. The Queen Anne structure was designed by Mexican-born architect Rudolph Daus and is one of the few club houses in the area to retain most of its original features. After the Lincoln Club disbanded in the early 1930s, the building became the property of the Independent Order of Mechanics, a Masonic organization. The building is listed on the National Register of Historic Places. 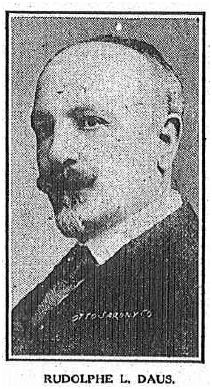 Detail of the building 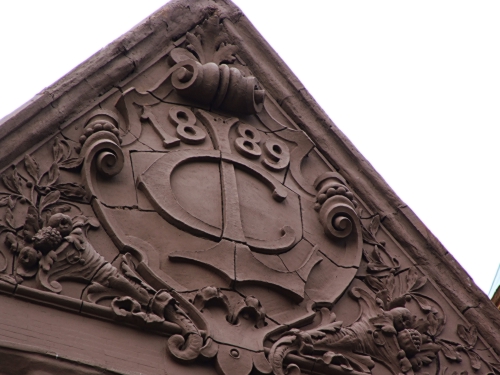 In the late nineteenth century,wealthy Brooklynites, like their counterparts in Manhattan, formed numerous social clubs that catered the well-heeled and politically connected. The consolidation of the five boroughs in 1898 meant, as many in Brooklyn feared, that their city--one of the largest in the country--would eventually be eclipsed by Manhattan. Brooklyn's few remaining club houses--most of which long ago abandoned their original purpose--are a testimony to the rapid change in Brooklyn's stature.

The Lincoln Club building was constructed in 1890. The club itself was founded in 1878 as a social club and to promote Republican causes, but by the time the building was built, it functioned largely as a social club.The building's designer was Mexican-born, Paris-trained Rudolph Daus, who designed a number of prominent buildings in the area. Like other club houses of the time, the Lincoln Club was large and imposing with florid architectural features, including a massive "LC" carved in terra cotta at the top of the building's four stories.

In the years of the early twentieth century, many of Brooklyn's wealthiest residents moved to Manhattan and many of the social clubs began to decline. The Lincoln Club disbanded in 1931, and the building became the property of the Independent Order of Mechanics, a Masonic organization.