Capture of the Levi

On February 3, 1864, a government steamboat B. C. Levi was captured by Confederate forces, under the command of Major James H. Nounnan, in a surprise attack early in the morning. The boat was on its way from Point Pleasant to Charleston, on board were Brigadier-General Eliakim P.Scammon, members of his staff, and about 40 soldiers. The soldiers were asleep on the deck, armed with revolvers and rifles, but the raiders forced a surrender by Scammon without the trading of any shots. The boat was then used the boat to cross Nounnan’s forces of 50 men across the Kanawha River, before it was looted and burned. 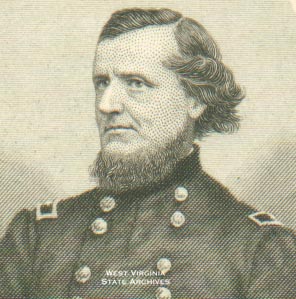 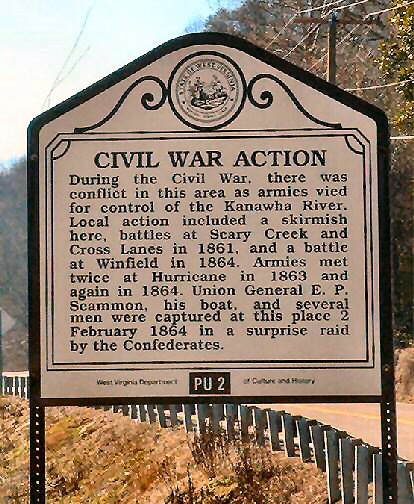 Just before sunrise on February 3rd, “Pete” Carpenter (an infamous horse thief) and nine of his followers, members of a partisan guerilla group under Major Nounnan, boarded the steamboat which was returning to Charleston from its trip to Point Pleasant, to provide support to the county governments of Putnam and Mason counties. The boat was anchored near Red House, due to stormy weather. Pete and his men crossed the Kanawha upstream and boarded the boat, entered Scammon’s quarters and demanded surrender. Scammon complied, and the ship was ordered abandoned. The men were paroled, and Scammon was sent off on an old horse.

The boat was used to move the forces under Nounnan across the river, then the ship was ransacked and burned. The fifty or so men under his command then made their way south towards Hurricane Bridge. Lieutenant J. J. Ball, ran six miles to inform union forces what transpired, and scouts were sent to intercept the Confederates on their way to Hurricane Bridge. When union scouts pursuing them fired upon the Confederates, the force, carrying looted goods, abandoned all and fled. Approximately one thousand dollars in stolen goods were recovered.