This building was constructed around 1925 and expanded slightly in 1928. The warehouse is included in the Bristol Warehouse Historic District and was constructed for the Bristol Builders Supply Company. The building's significance and preservation was one of the factors that inspired local leaders to secure an official designation for the city and this district, an effort that concluded in 2012 when the district was added to the National Register. 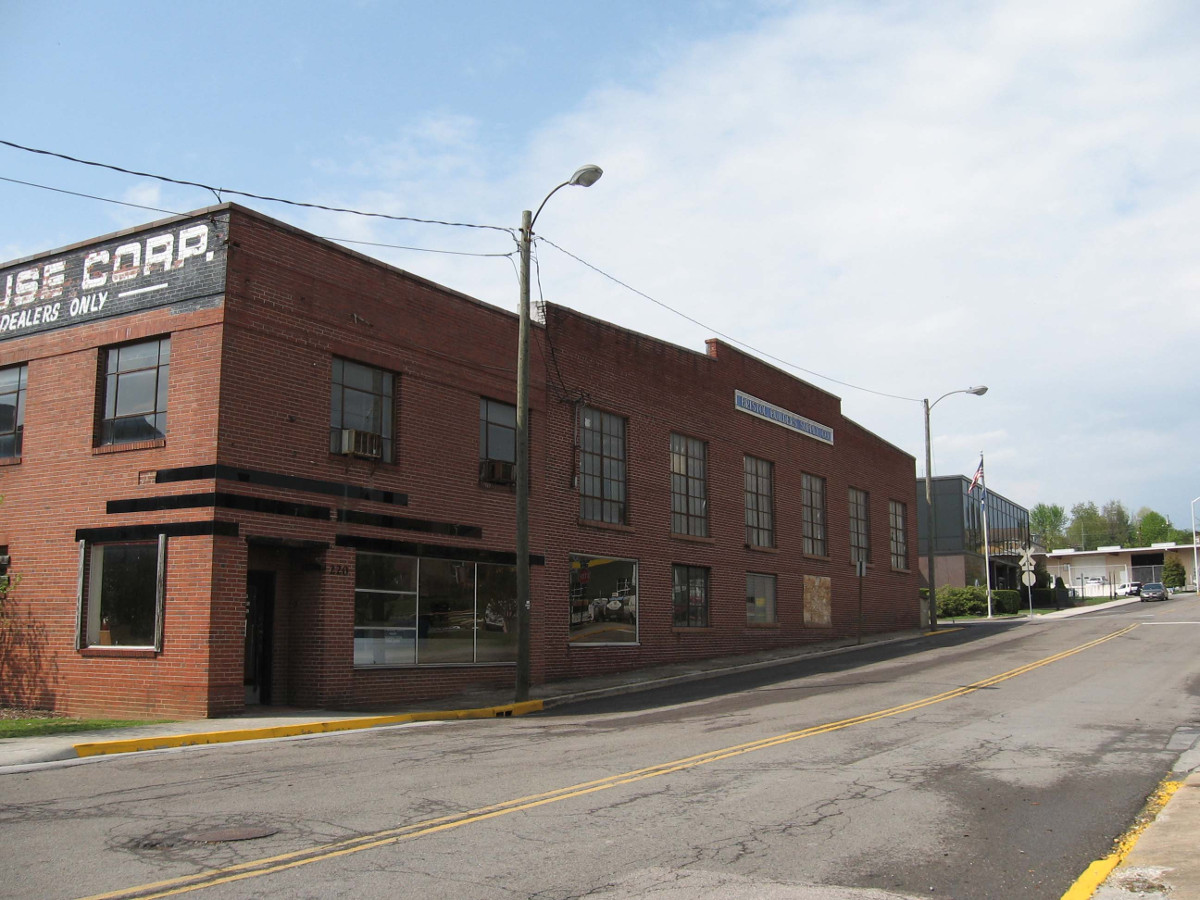 The warehouse, as it was originally constructed, features a concrete foundation with a rolled asphalt roof and a common brick exterior. The portion of the building facing Lee Street includes a loading dock platform and an entrance on the elevated side. The lower side has no entrance but includes six window bays on the upper floor. The first floor includes four window bays. Many windows in the building have since been significantly changed or covered entirely.

The eastern side of the building facing Lee Street includes one of the most notable features of the original construction. In addition to a stepped parapet, this façade also features a blue and white terra cotta panel which reads: “BRISTOL BUILDERS SUPPLY CO.”

The southern portion of this side, which is elevated, marks the location of the 1928 expansion to include office space for the company. The second floor of this façade also includes horizontal Carrara glass bands which stretch around the street corner onto the eastern façade. The southern portion facing Lee Street includes a large black-and-white painting at the top of the building, reading: “CENTRAL WAREHOUSE CORP. WHOLESALE BUILDING MATERIALS TO DEALERS ONLY.”

In 2010, the City of Bristol chose to allocate the then-vacant building to the Bristol City School Division. Just two years later, in 2012, the building was at the forefront of the movement to form a Bristol Warehouse Historic District featuring it and several other nearby buildings, some now included in the listing and others not. Today, the building is mostly utilized by the school district as a space for modern offices for school administrators. The City of Bristol and Bristol City Youth Services may also have dedicated office spaces in the building. The funding for these transformations, which notably have only been made to certain portions of the building, while other have remained unchanged, comes mainly from a $3 million interest-free federal loan program.

A symbol of Bristol’s economic boom experienced roughly twenty years after the end of the Civil War, the Bristol Warehouse Historic District includes an area once filled with warehouses and industrial constructions. The district, located on the Virginia side of the Bristol border, features several surviving industrial and commercial buildings constructed as early as 1880 and as late at the 1950s. The building’s official listing in the National Register of Historic Places, completed in 2012, includes six buildings and one additional contributing item. The six buildings include an old railroad station, four warehouses and one nearby home. The final contributing item to the Bristol Warehouse Historic District is the collection of the late 19th Century railroad tracks still visible throughout the district. These tracks were originally constructed as a product of prison labor and called the Bristol Coal and Iron Narrow Gauge Railroad.