Established on June 17, 1995, the Alexandria African American Heritage Park honors the contributions of African-Americans in Alexandria. Located just to the east of Alexandria National Cemetery, it includes a one-acre 19th-century African-American cemetery, several sculptures including the sculpture group called "Truths That Rise From the Roots Remembered", a wetland, and a brick walking path. The cemetery was created in 1885 by an African-American organization called the Silver Leaf Society.

The sculpture group "Truths That Rise From the Roots Remembered" was created by artist Jerome Meadows. 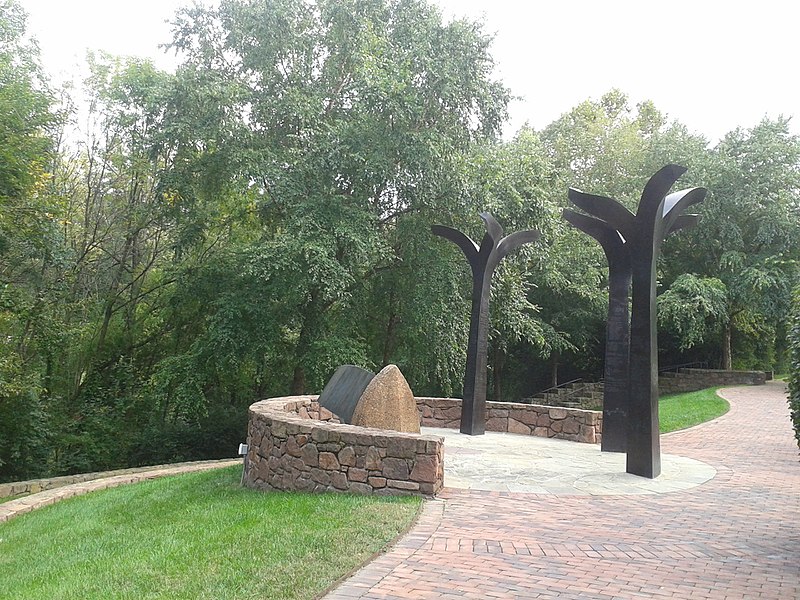 The Silver Leaf Society formed a cemetery association on November 13, 1885 which then established the cemetery. Members of the Society paid regular fees to secure a burial site, casket, and funeral service. It is not clear why, but by the mid-1900s the cemetery was abandoned and largely forgotten. The city then used it as a landfill. Then in 1976, local resident Walter Sanford wrote to the city requesting the the cemetery be mowed and he also noted that he saw three headstones. In the 1980s and early 1990s, plans were in development to build a homeless shelter at the site. Archaeologists were hired in 1990 to survey and excavate the property and they confirmed the cemetery's existence. The plan to build the shelter was scrapped and the park was established instead. Twenty burials were found and six headstones were identified to be in their original location.