Occupying the former Robbins and Lawrence Armory, built in 1846, the American Precision Museum seeks to promote and preserve America’s industrial past, present and future through historical exhibits and its educational programs. By telling the story of how early machine tools, like those used and conceived at Robbins and Lawrence, contributed to America’s Industrial Revolution, the museum hopes to inspire that type of problem-solving and innovation in the country’s future. Founded by Edwin Albert Battison, renovations on the building began in 1966 and the museum opened soon after. The building was designated a National Historic Landmark in 1966 and the museum is open daily, from Memorial Day weekend through October, from 10:00-5:00.

The Robbins and Lawrence Armory has sat on the Bank of the Mill Brook since 1846. 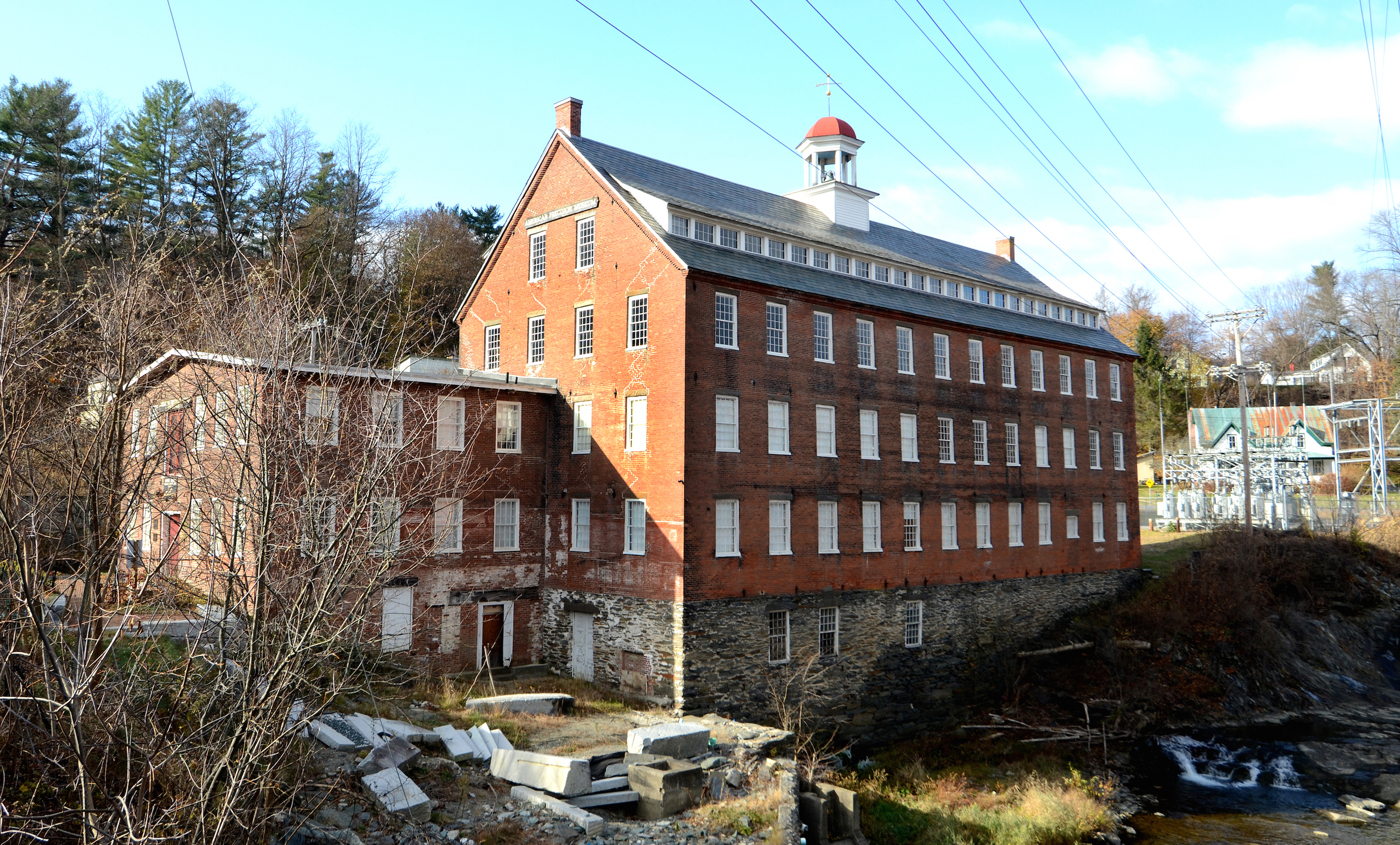 An artist's rendition of the Armory soon after completion. 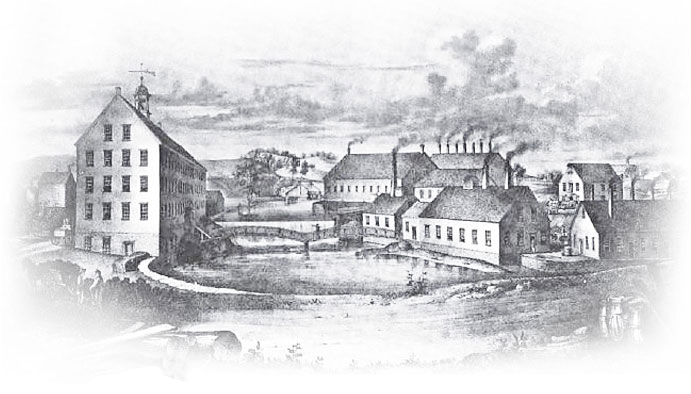 A view of the belts that once ran the precision machines at the Robbins and Lawrence Armory. 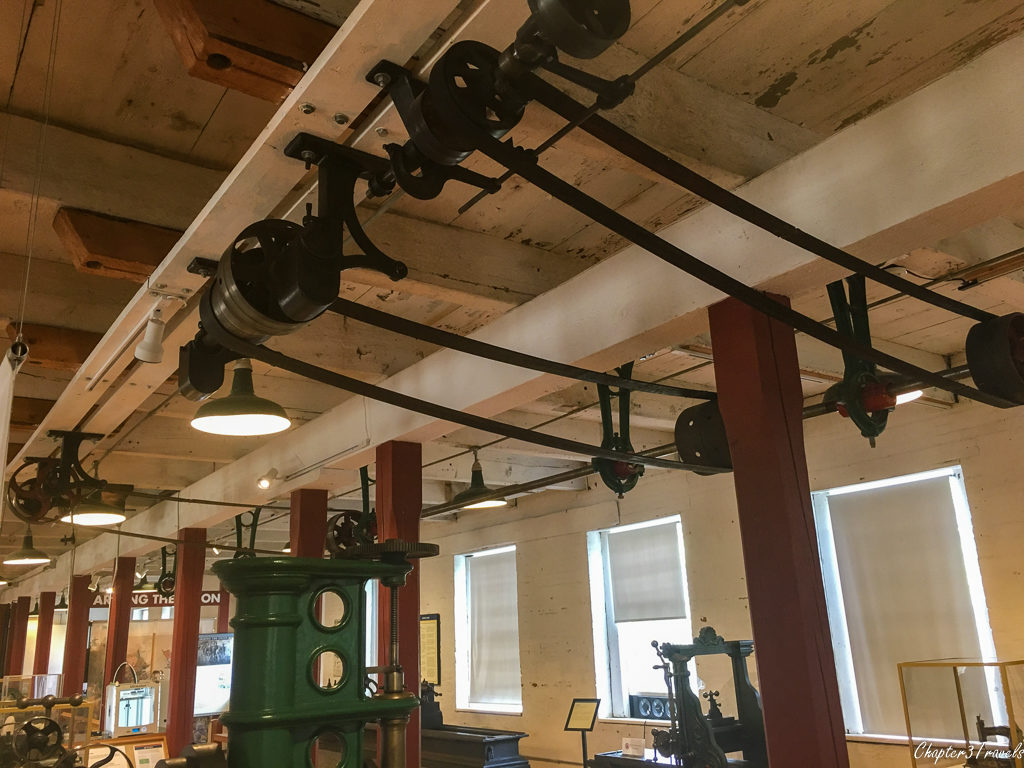 An early typewriter on display at the museum. 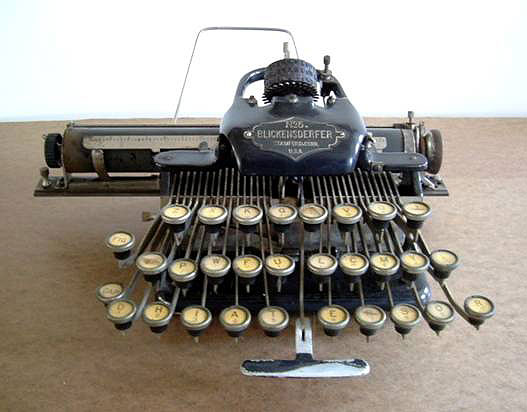 Guns, what Robbins and Lawrence were known for, on display. 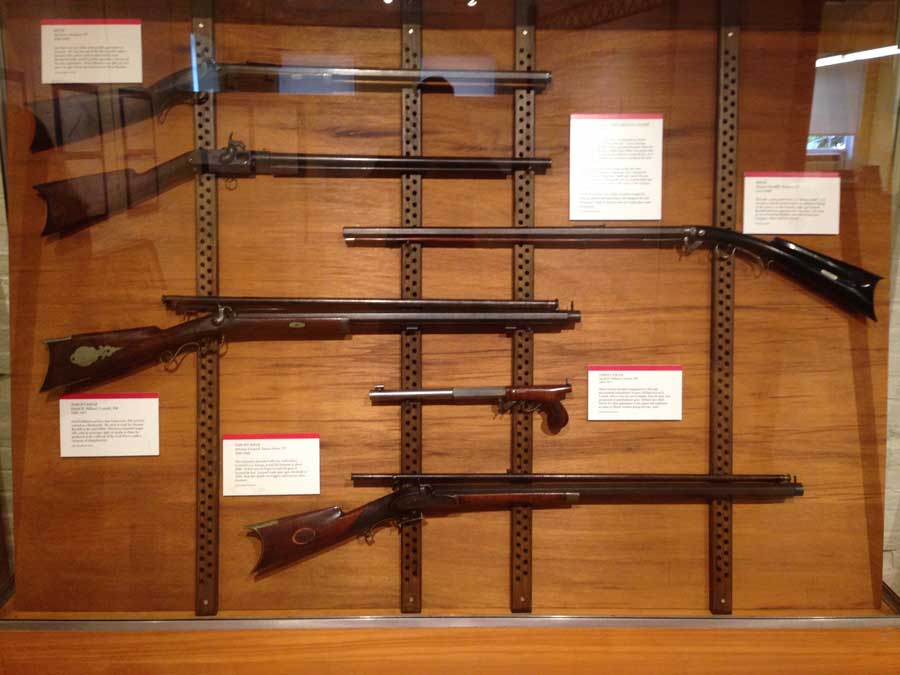 The company that would become Robbins and Lawrence had been manufacturing guns as early as the 1830s in Windsor, under the guidance of N. Kendall. Kendall later partnered with mechanic Richard Lawrence and businessman Samuel Robbins prior to the construction of their historic armory. The men and their employees began to experiment with machine tools to produce the parts for their weapons and gambled on their abilities when they won a contract from the U.S. government to produce 10,000 weapons in three years. They quickly realized they would need a new manufacturing facility to honor that contract and the Robbins and Lawrence Armory was the result.

Completed in 1846, the four-story building was constructed with hand-made bricks and a pitched slate roof on the banks of Mill Brook. The armory used waterpower from the brook to operate their machine tools. The use of machine tools (tools used to make machine parts, such as lathes, drills, and planers) was revolutionary at the time. The company met its obligations to the government ahead of schedule and contracted with the British government after the Crystal Palace Exhibition in London in 1851. Eventually, mechanics and machinists from Robbins and Lawrence spread their knowledge throughout the country, helping to usher in the use of interchangeable parts and mass production which spurred the American Industrial Revolution.

Unfortunately, Robbins and Lawrence over-extended their operations, incurred debt it could not recover from and the company went bankrupt in the mid-1850s. The armory continued to manufacture weapons for a time and later became a textile mill. It was eventually purchased by the Central Vermont Public Service, a utility company, in 1926. Windsor native and Smithsonian curator, Edwin Battison then convinced the utility to donate the building to the state in 1966 and the American Precision Museum was born.

Since 1966, the building that houses the American Precision Museum has gone through numerous renovations, to include one after tropical storm Irene in 2016. It now houses the largest collection of machine tools in the country and displays them in various exhibits. Exhibits at the time of writing include The Tool Revolution, Arming the Union and Consumer Culture and Industrial Might. It also offers numerous educational opportunities through its Learning Lab and its working machine shop. Also housed in the museum is the Machine Hall of Fame, with inductees such as Eli Whitney, Frederick Taylor and Winthrop Ingersoll and a museum shop.

Taylor, Sarah. "A Museum that Tells the History of Manufacturing from Civil War Rifles to Modern-Day Retail." Humanities: The Magazine of the National endowment for the Humanities. Summer, 2018. Accessed August 19, 2019. https://www.neh.gov/humanities/2018/summer/feature/museum-tells-the-history-manufacturing-civil-war-rifles-modern-day-retail