Thaw Hall was completed in 1923 with donations from Mary Thaw of Pittsburgh. It functions as the campus library, as well as housing the Academic Support Center, Social Sciences, and Environmental Studies departments. Thaw hall is a common space for students to meet, collaborate, and work together while on campus. 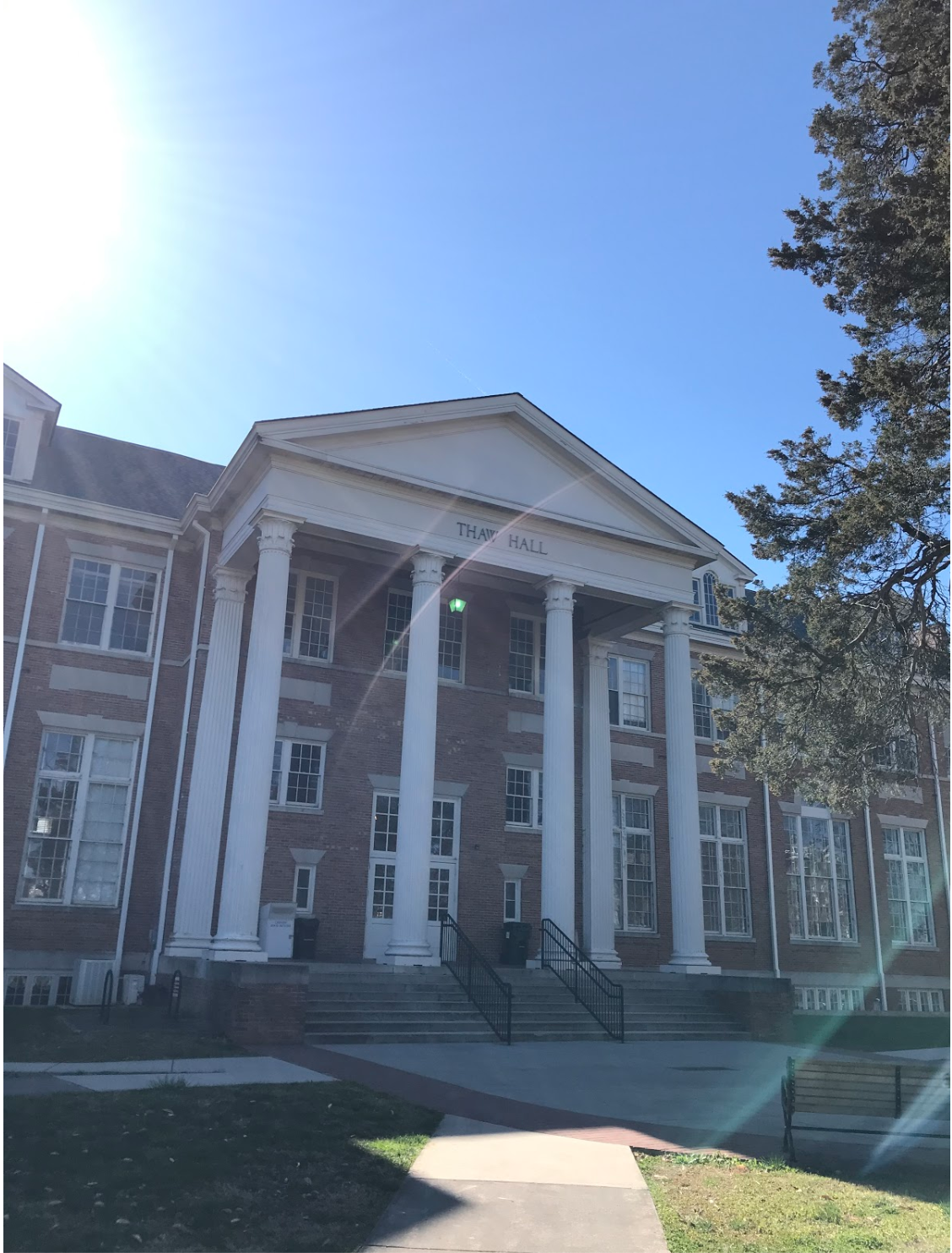 Thaw Hall, named for benefactor William Thaw who essentially saved the college from bankruptcy, is the current home of the College's library (still named after T. J. Lamar) and is also a long-time common space on campus. Shirley Clowney, one of the Maryville Six (a cohort of six African Americans students who were the first to attend Maryville College after it was legally desegregated in the 1950s) -- and one of the first women to ever attend Maryville College -- says that since she lived off campus at her home in Alcoa and had to walk to class each day, Thaw was where she and her friends could convene between classes. For her, Thaw was a crucial, truly integrated space on campus where she and her five fellow African American classmates felt comfortable and could establish themselves in a rather unfamiliar, previously white-exclusive environment.