The Palace Theatre has been a major source of entertainment for people of all ages since the early 1980s. Although this building has not always been a center for entertainment, it has provided for the community for over a century. Originally constructed in 1868, a man by the name of Carl Pflanze erected this building to house his up and coming furniture and casket store. Little did he know that in decades to come this foundation would not only become the home to his business but also a drug store and later a movie theater. 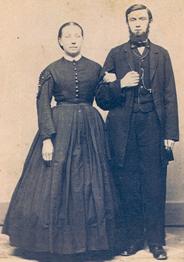 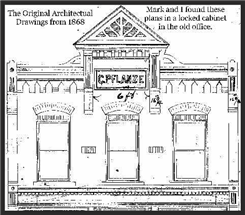 As the original owner of Cherokee Lumber Company, Carl Pflanze decided to take on the challenge of starting his own furniture and casket factory. Pflanze quickly realized than in order to begin his new venture he would need to construct a building that enabled him to sell furniture and caskets to the community. Little did he know that a near century later the building would be located in the heart of downtown Maryville. While his services greatly provided for the community for nearly 60 years, the building was bought out in 1927 and became the new home for McCammon Ammons Funeral Parlor. After a few years, the funeral parlor relocated and Wright's Five and Dime store took advantage of the location and quickly opened up shop in the bustling city center. Unfortunately, the building caught fire in 1933 and burnt to the ground. Eager to take advantage of the location, the Crescent Amusement Company bought the land and in roughly 30 days constructed the Palace Theater.

The Palace Theater was not the only cinema in downtown Maryville. The Crescent Amusement company also owned the Capitol Theater just across the street, but the only theater they did not own was the Park. This resulted in a constant competition between the two owners for business and soon the Park Theater was bought out by the Crescent Amusement Company in 1938.The Palace Theater soon moved to the Park Theater's old location and the Palace's building was bought out by Cole's Drug Store.

The drug store was in business for a mere two decades and then a dollar store took shop in the building throughout the 1960s. The dollar store was open for roughly ten years when McClurg's Carpet Store bought out the shop during the 70's. Tragically in 1975 the building succumbed to another fire and was burnt down. Coincidentally, Walter and Walker Hill decided to revive the Palace Theater that everyone had come to love in the 1930s and opened the nostalgic cinema. Yet again the beloved theater closed down in the early 1980s and remained unused for many years. In 1999, Steve Kaufman and Donna Dixon purchased the vacant building and restored it back into the place it once was with the aid of local historians.

Since its restoration, the Palace Theater has been used as a venue for musicians, a coffee bar, and a place for people to gather under the light of the projector and enjoy a film with family and friends.