Out of the three cinemas in town, The Capitol Theatre was the most attended theater because of its magnetic draw for people of all ages and interests. A customer could either pay with 5 cents or 5 borax labels for a ticket. In 1976 it was remodeled, but the same year it closed as a theater. Today, it is used as a popular event center for birthday parties or galas. 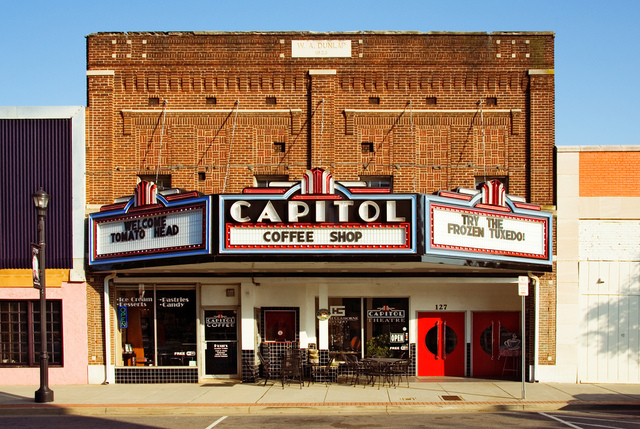 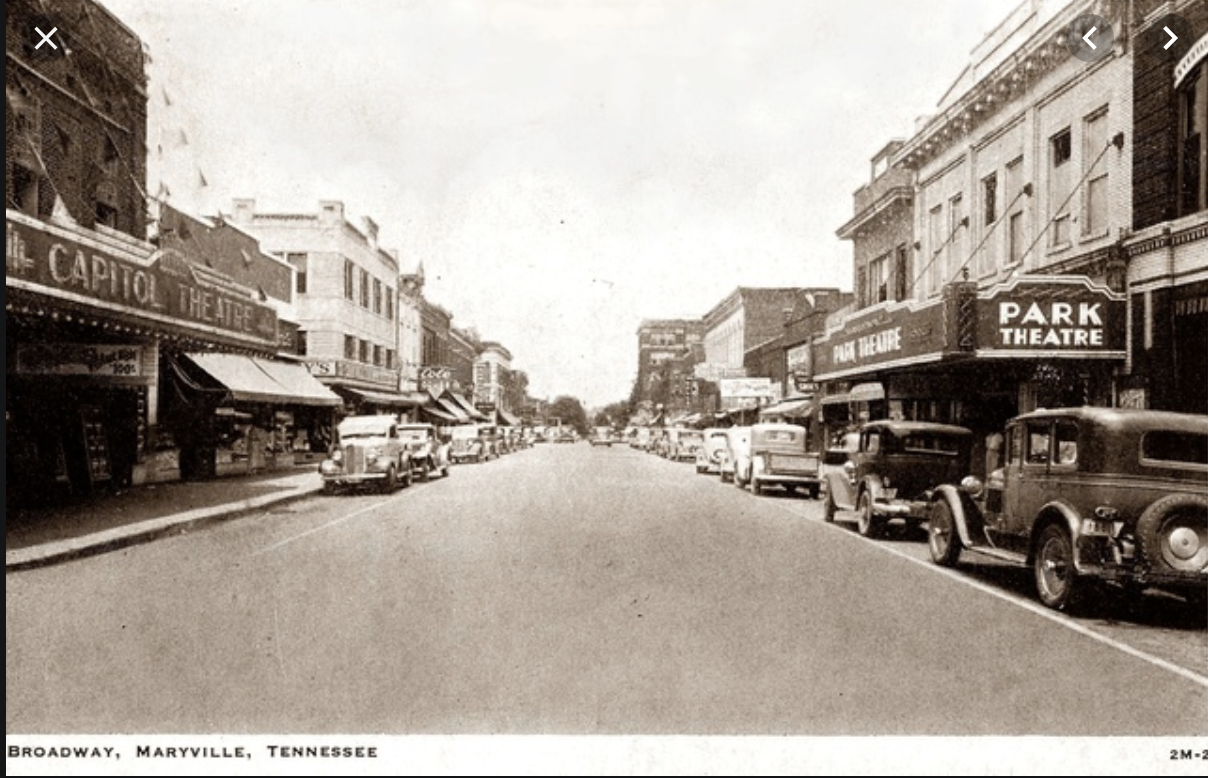 During the rise of the entertainment industry, cinemas grew popular in large cities and spread into smaller towns like Maryville. Every weekend, a new popular movie came out to the theater drawing in hundreds of people from all around the city. Some weekends, the streets were packed full of people waiting in line hoping for a open seat in the theatre. In order to get in you needed to have 5 cents or 5 borax labels. But for some teenage boys this was still too much money. Something intreresting about The Capitol Theatre is that some nights, teenage boys would hang out across the street by their cars for their fellow girl classmates to go in the theatre before them to ensure that they would not have to pay for the girls' tickets. After the girls pay for their ticket, the boys would follow them in and join them.

Although the community was brought together with cheap prices, segregation was still prominent during this time. Therefore, a separate entrance for African Americans was installed that led up to the balcony. Ironically enough, in today's time, balcony seats are considered better seats than the ones on the floor. No matter what your age was, your race, or who you attended with, The Capitol Theatre was a fun place to socialize within the community.