Evans Metropolitan was founded by Henry Evans, "the son of free Negroes from Virginia, a shoemaker by trade, and a licensed Methodist preacher. En route to Charleston, S.C., about 1780, he stopped in Fayetteville. Dismayed by the depravity of the slave populace, he decided to stay and preach" (Rives). Evans remained in Fayetteville until his death in 1810. 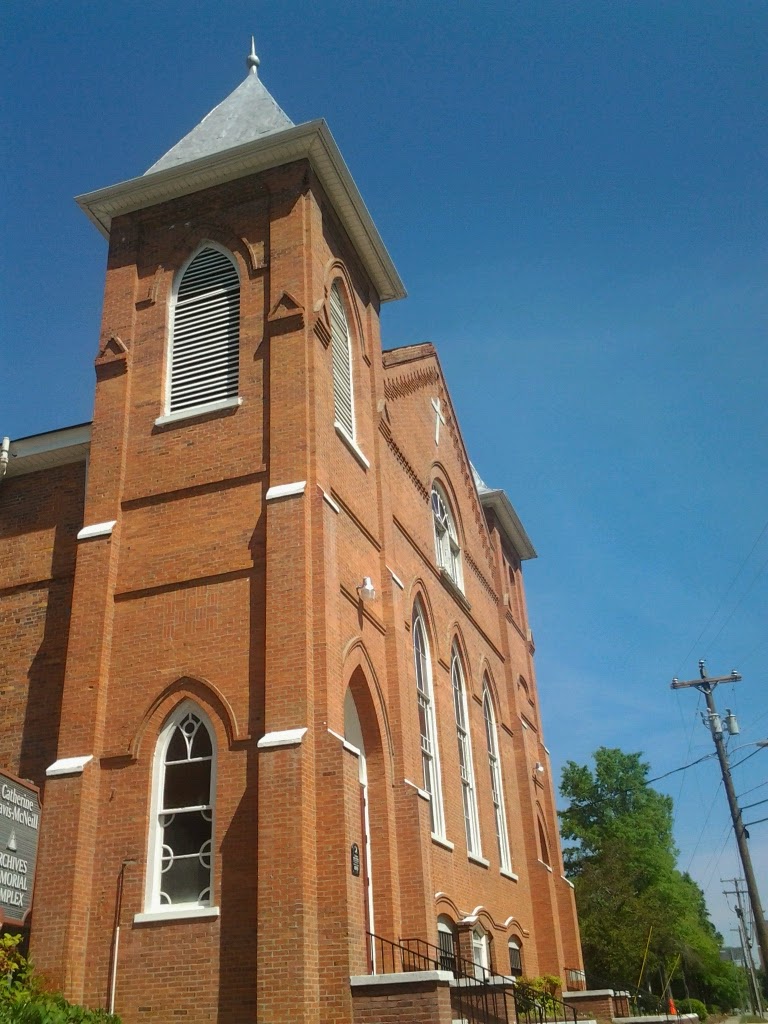 The church during Charles Chesnutt's time in Fayetteville was headed by Reverend J.W. Davis.

Though Chesnutt seemed to enjoy Davis' company, detailing several conversations at length, he was also appalled by "the smell of whisky of which his clothes and breath are redolent" (159). In addition to this, Chesnutt mentioned Davis' "abuse of the people, his conceit [,] arrogance, and impudence, together with his fondness for the fair sex, and his lax method of conducting financial matters" (158).

The 1880 census listed Davis as a 31 year old minister, married, but living with his younger brother, Frank.

In addition to his duties at the State Colored Normal School, Chesnutt "served as organist, choirmaster, and Sunday School superintendent" at the church (Render 21).