After an abortive assault on Union defenses at Cheat Mountain in September 1861, Confederate forces withdrew across the Greenbrier River and built a fortified camp christened Camp Bartow along the crucial Staunton-Parkersburg Turnpike. On October 3rd, Union troops attacked, seeking to seize the position and use the Turnpike as an invasion route into eastern Virginia. 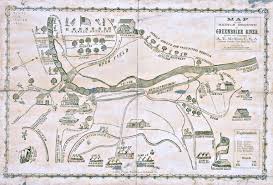 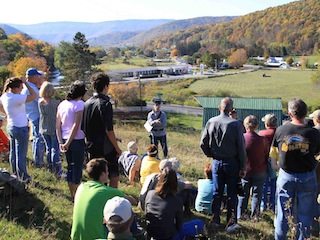 General Joseph J. Reynolds, who commanded Union troops at the battle. He later commanded different Union corps in the deep South. A decade after the Civil War, he was court-martialed for misconduct in the Great Sioux War of 1876. 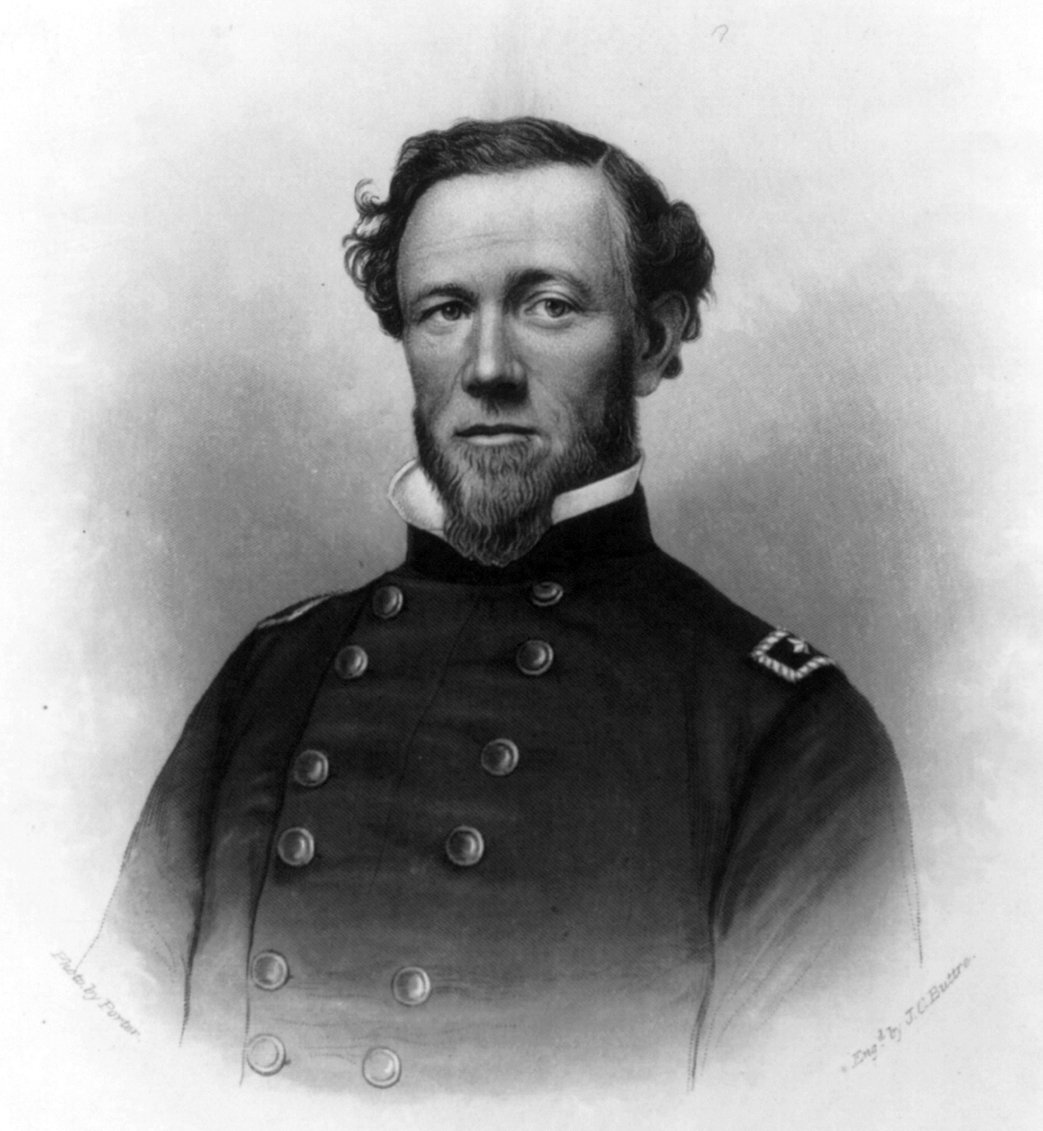 General Robert Milroy. Aggressive to a fault, he commanded Union troops two months later at the Battle of Allegheny Mountain. He was defeated by Stonewall Jackson at the Battle of McDowell, and again by General Ewell at 2nd Winchester. 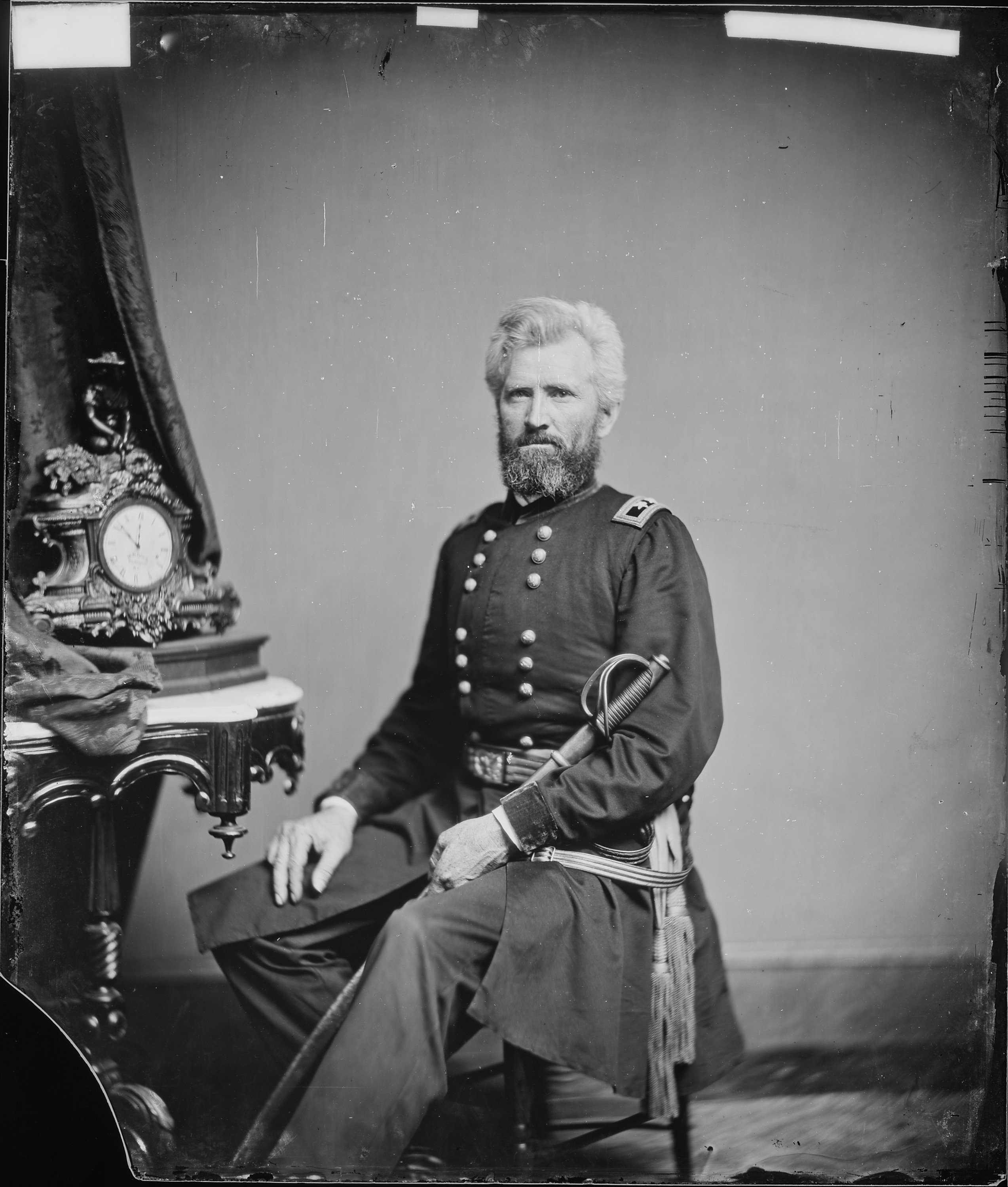 Union Col. Nathan Kimball, who led the attack on the Rebel right. Later in the war he served with distinction at Antietam and Fredericksburg, then served in the Western Theater and became a personal friend of William T. Sherman. 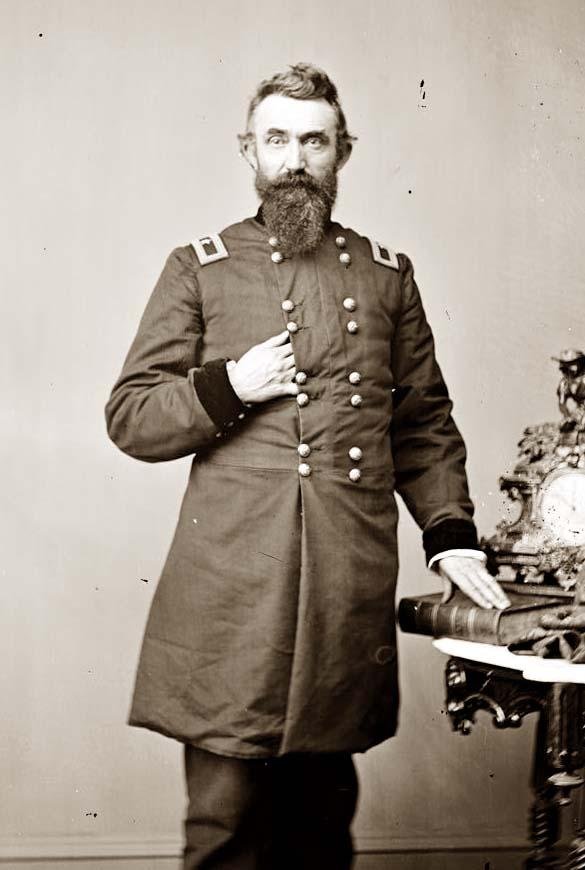 General Henry R. Jackson, Confederate commander during the battle. As a lawyer before the war, he often served in Confederate military courts. In 1864 he was captured at the Battle of Nashville. 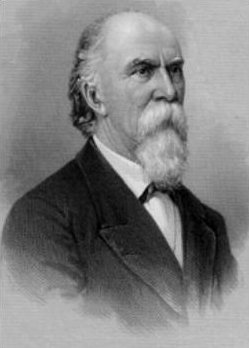 General William B. Taliaferro commanded the Rebel center during the battle. Later served under Stonewall Jackson, with whom he had a contentious relationship. Also commanded at Battery Wagner in 1864 against the attack of the 54th Massachusetts. 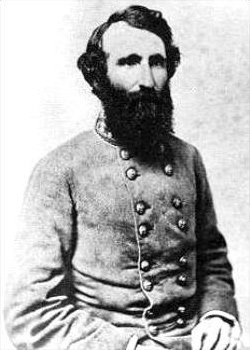 Col. Edward Johnson, who served under Stonewall Jackson later and eventually rose to the command of a division. Greatly respected even by Robert E. Lee. He was captured at Spotsylvania and again at Nashville in 1864. 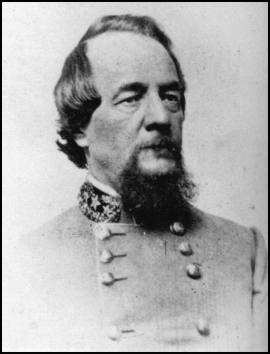 Famed author Ambrose Bierce served with the Union at the Battle of the Greenbrier River. His short piece, "A Bivouac of the Dead" is about a small cemetery that remains at Camp Bartow. 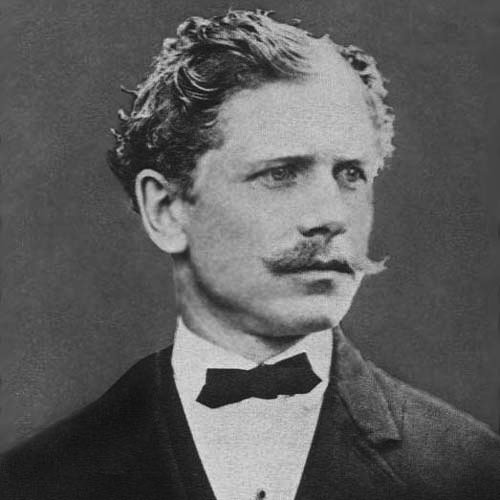 Joe Geiger, Jr.'s text contains a detailed account of the battle, as well as the subsequent months of the Tygart Valley Campaign. 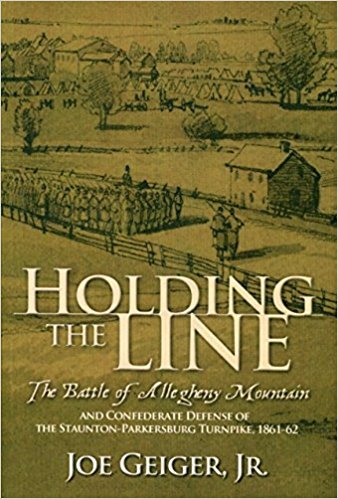 W. Hunter Lesser's book is an excellent resource on the battle and events preceding it in Civil War West Virginia. 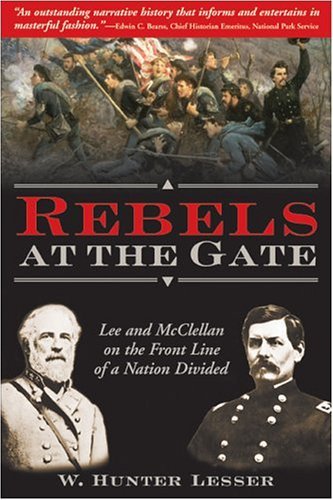 Only a few months after the outbreak of the Civil War, the summer of 1861 seemed auspicious for Union ambitions in northwestern (now West) Virginia. Early Federal victories at Philippi and Rich Mountain had put the region's Confederates squarely on the defensive. Even the not-yet-legendary Robert E. Lee, who commanded briefly there before transferring to Virginia, was unable to dislodge Union forces from Cheat Mountain. Despite Confederate successes at Kesler's Cross Lanes and Carnifex Ferry (which occurred only a few days before the unsuccessful Cheat Mountain assault), the secessionists continued to retreat in the face of their numerically superior Union foe.
By late September, Lee was called to command elsewhere and Confederate forces withdrew to defensive positions at Camp Bartow, a fortified position on the banks of the Greenbrier River athwart the Staunton-Parkersburg Turnpike. The Turnpike was a crucial trade artery through the mountains to the Shenandoah Valley and eastern Virginia beyond, and one of the few roads in the region capable of transporting large amounts of troops and supplies. Early in the war, it was regarded as a viable invasion route to circumvent Confederate defenses around Richmond and surprise secessionist Virginia from the west.
To accomplish this, Union General Joseph J. Reynolds needed to overcome the Confederate defenses at Camp Bartow. Opposing his 5,000-strong force were roughly 1,800 Confederate troops under Brigadier General Henry R. Jackson. Though outnumbered and with many of his troops stricken by sickness, Jackson's position overlooking the banks of the Greenbrier was a strong one that would prove no mean obstacle to Reynolds' advance.
Reynolds ordered a reconnaissance in force down the Turnpike on the cold night of October 2, 1861, and into the morning of October 3. His vanguard encountered Confederate pickets in the predawn darkness, and by 6 a.m. Jackson knew that a sizable Union columnn was marching on Camp Bartow. To buy time for his defenses to organize, he sent forward two companies under Colonel Edward Johnson, who subsequently fought a fierce delaying action along the edge of the Turnpike until the arrival of more Union troops forced them to retire back across the river to Camp Bartow.
An intense artillery duel followed while Reynolds called a council of war. Reynolds had intended only a reconnaissance in force, and finding the Confederates well dug-in refused to consider a frontal assault. At least two of his officers, Colonels Nathan Kimball and Robert Milroy, urged for flanking attacks. Reynolds acquiesced, and several regiments were dispatched eastward to cross the river against the Confederate right flank.
The Rebels spotted the movement and regiments under Col. Johnson rushed over to head off the Yankee maneuver. They succeeded in occupying strong cover in a mill race on the banks of the Greenbrier before the Union troops could cross. After a brief firefight, Reynolds opted to withdraw Kimball's men before risking further bloodshed against such an impregnable defense.
It is also possible that Reynolds observed a Confederate regiment some miles away during the battle and mistook it for a larger contingent of reinforcements en-route to Camp Bartow. Certainly, Union estimates of Rebel strength present at the battle were grossly exaggerated, sometimes running as high as 15,000.
Casualties were surprisingly light considering nearly 7,000 men were engaged. Fewer than 50 per side were killed or wounded. The Confederates continued to hold Camp Bartow for nearly two more months before many of the troops were called elsewhere. Camp Bartow was evacuated in late November of 1861, though a force of 1,200 remained at nearby Camp Allegheny under Col. Edward Johnson and partook in the Battle of Allegheny Mountain on December 13.