Westminster Hall and Burying Ground was established first as a cemetery in 1786, then the church was built atop brick piers above some of the graves in 1852. For over a hundred years Westminster Hall served as an active church in the Baltimore community until it was registered as a National Historic Site in 1974. The grave that visitors are most attracted to is the large monument dedicated to Edgar Allan Poe, his wife Virginia, and mother-in-law Maria. In addition to being the final resting place of Poe, many other Baltimore elite, especially veterans from the Revolutionary War and War of 1812, are also buried here. Westminster Hall is a popular location for special events in Baltimore, and the tours around Halloween time of the catacombs and graves are notorious in the city.

The Burying Ground at Westminster Hall 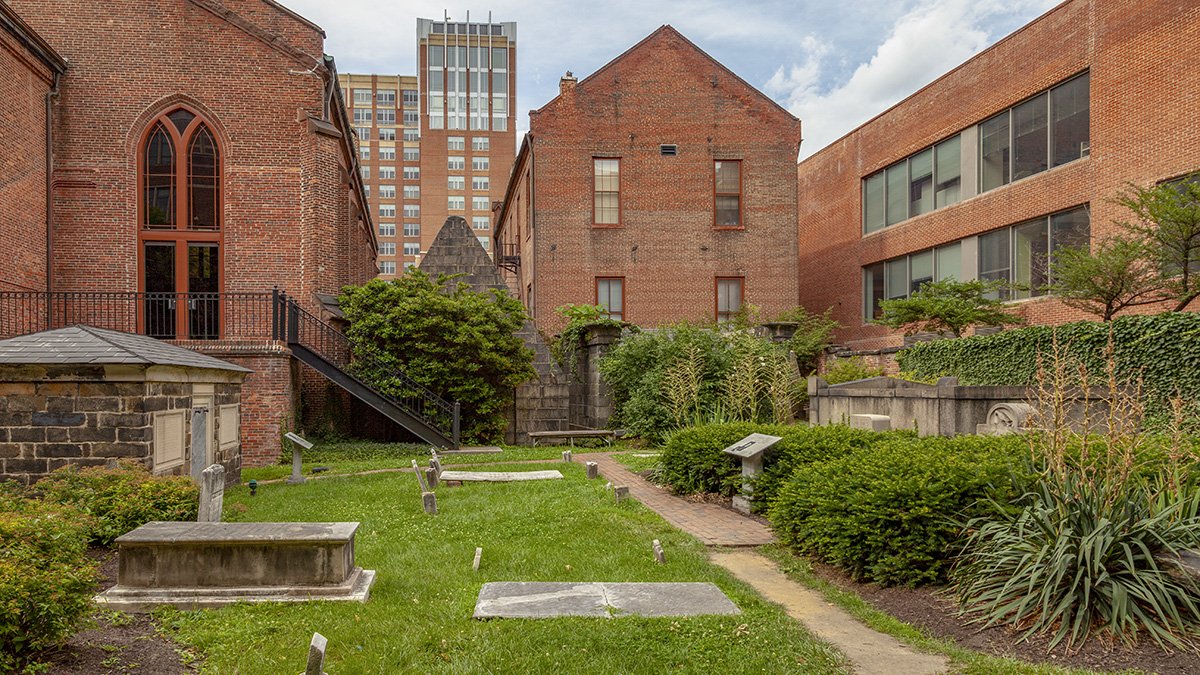 Westminster Hall in Baltimore, Located at Fayette and Greene 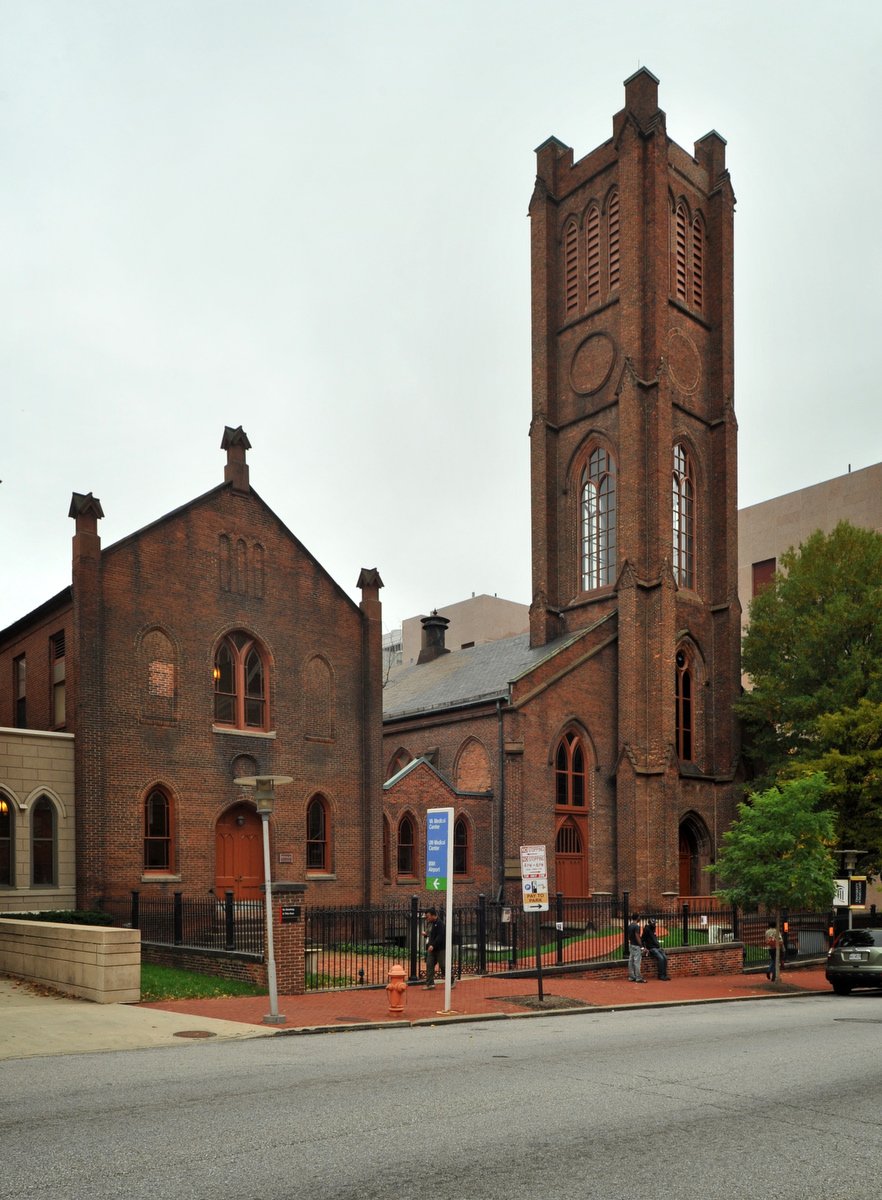 The Interior of Westminster Hall 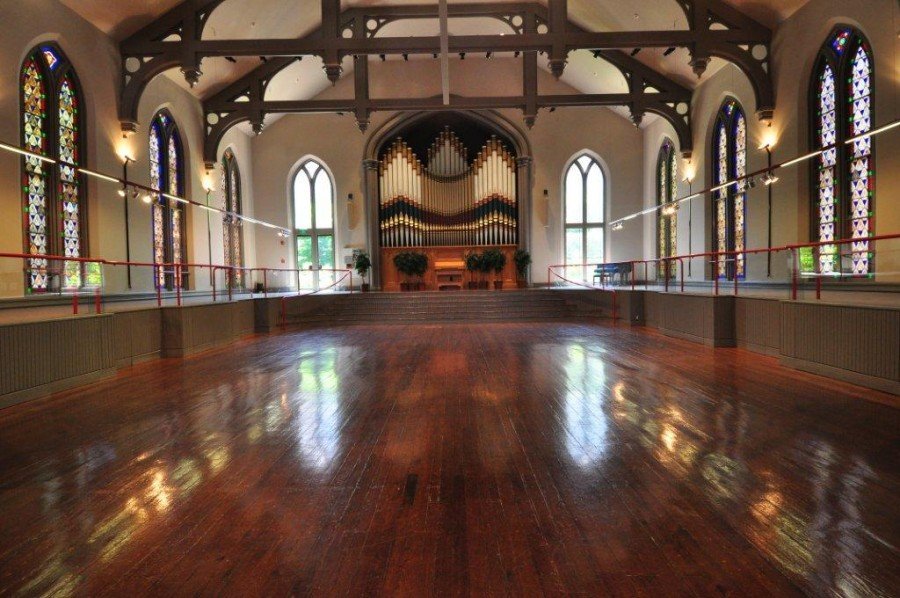 The Place of Burial of Edgar Allan Poe and Family 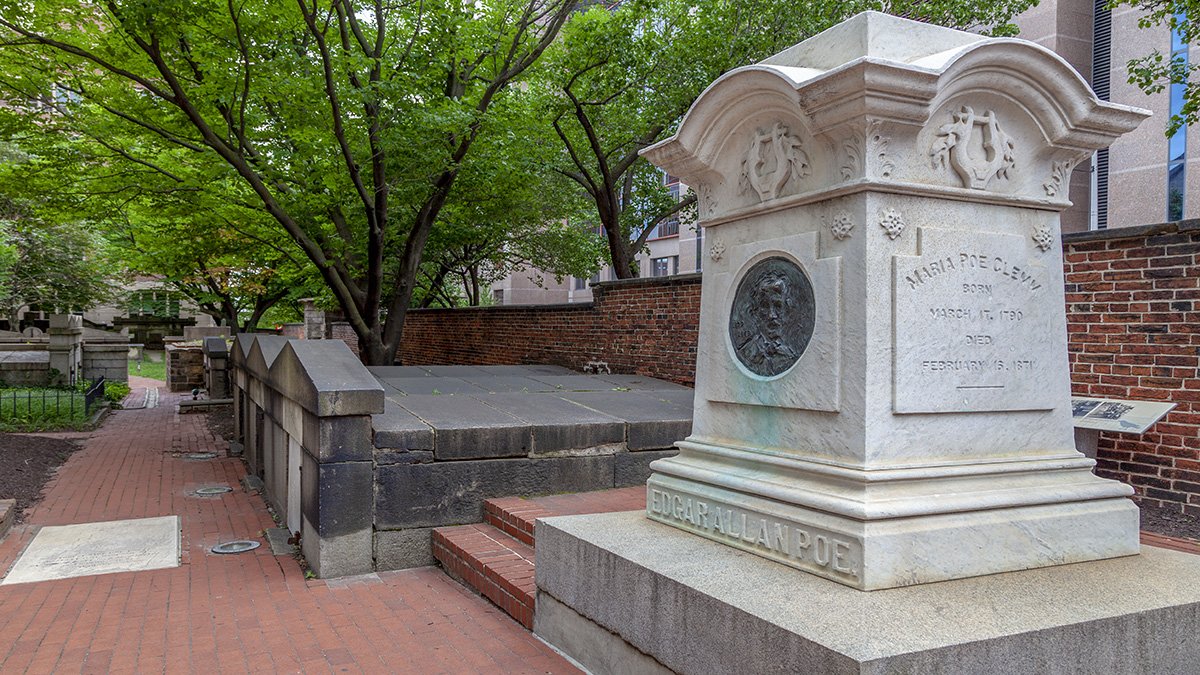 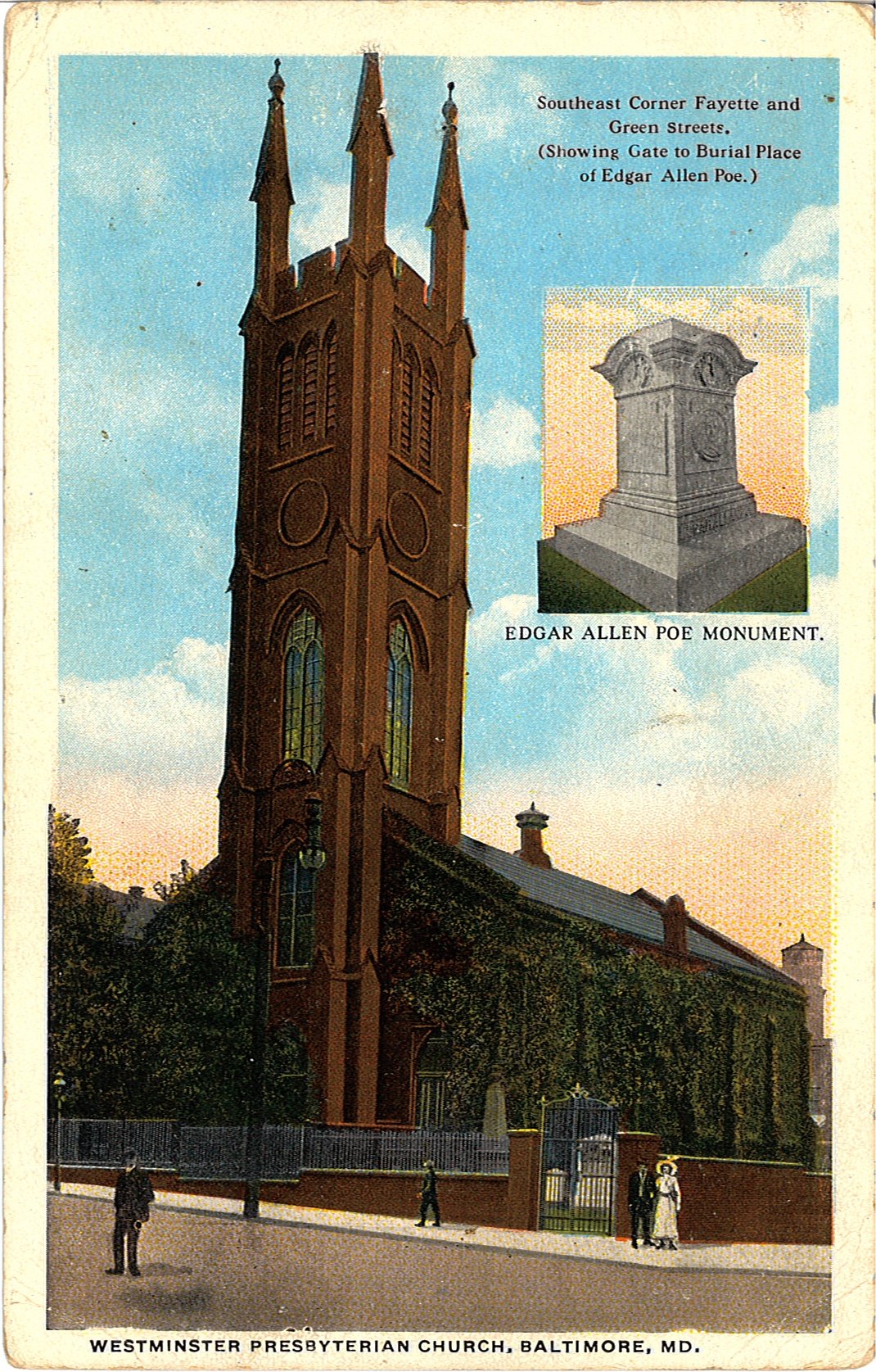 Westminster Hall and Burying Ground is best known for being the final resting place of Edgar Allan Poe and his wife and mother-in-law, but the rich history goes far beyond its most famous resident. Originally called the Westminster Presbyterian Cemetery, the cemetery was established in 1786. Members of the First Presbyterian Church acquired the land on the outskirts of Baltimore that had enough room for about 180 burial plots.

Westminster Hall was constructed on brick piers in 1852 and served as an active church for over a century.The reason given for constructing the church was to protect the graves from vandals, as well as to accommodate churchgoers in the burgeoning town. Architect Maximilian Godefroy designed the Egyptian Revival Gates located on the Greene Street side of the cemetery and the headstones consist of a variety of tablets, vaults, and simpler slabs.

The cemetery and church remained active for decades in the 20th century, the last individual being buried in 1943. In 1974, Westminster Hall and Burying Ground became a National Historic Site and three years later the University of Maryland Francis King Carey School of Law founded the Westminster Preservation, Inc. to complete an extensive renovation and restore many historic facets. Westminster Hall today houses an organ dated back to 1882, as well as beautiful cathedral ceilings and balconies.

The legendary writer Edgar Allan Poe (1809-1849) was first buried in an unmarked grave, until in 1875, a group of school children raised money, calling the project "Pennies for Poe," to build a monument for Poe, his wife, and mother-in-law. In addition to Edgar Allan Poe, the Burying Ground is also the final resting place of more than 300 veterans from the Revolutionary War and the War of 1812. Other notables buried at Westminster include Sam Smith (a mayor of Baltimore) and James McHenry (a signer of the Declaration of Independence).

Today, Westminster Hall can be rented for weddings, conferences, receptions, and other special events. The Burying Ground is open to visitors during the day, but tours of Westminster Hall as well as the catacombs require reservations.