The Lilly Library is the leading rare books, manuscripts, and special collections repository at Indiana University Bloomington. It serves as a resource for scholars throughout the world and is open to anyone who is interested in the library’s collections. Its holdings include 450,000 books, more than 150,000 pieces of sheet music, and more than 8.5 million manuscripts. Exhibits are on display throughout the year. Public tours are available every Friday at 2pm or by appointment. A multi-million dollar renovation was announced in the spring of 2019. The renovation will result in the library’s temporary closure. 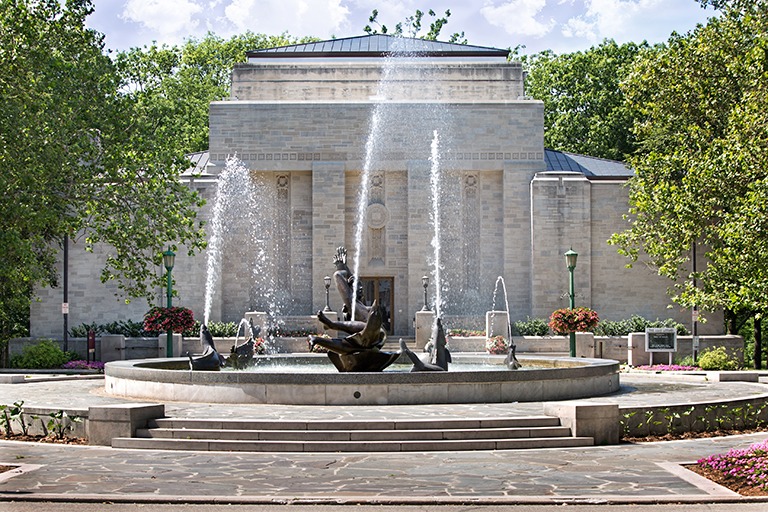 The Lilly Library has consistently been regarded as one of the nation’s top libraries for rare books and manuscripts. IU President Herman B Wells established it in 1960 in order to house the substantial private library of the late Josiah K. Lilly Jr.; Wells believed the Lilly Library would establish and proclaim IU’s validity as caretakers and curators of Indiana’s most precious literary legacy as J.K. Lilly’s collection was considered one of the finest private libraries in the world. The donation included more than 20,000 rare books and 17,000 manuscripts. Some believe that this was one of the intellectual turning points for Indiana University.

The Library was named after the Lilly family to honor their generous donation. Josiah Kirby Lilly Jr. was born in 1893 in Indianapolis, Indiana. In 1914, he graduated from the University of Michigan School of Pharmacy and began to work at Eli Lilly and Company, which was founded by Josiah’s grandfather in 1876. Josiah remained with the Eli Lilly Company for the rest of his life, and became president in 1948, and served as the chairman of the board of directors until his death on May 5th, 1966. He was an avid collector for most of his life and devoted much of his free time building his collection of books, manuscripts, artwork, coins, stamps, military miniatures, firearms, edged weapons, and nautical models. Many of his collections were dispersed. Some were sold, others inherited by family members, and still others donated to museums like the Smithsonian in Washington, D.C. His books and manuscripts collections, however, were donated to Indiana University.

The Lilly Library’s collections have grown considerably since 1960. Some of its most famous items are The Gutenberg New Testament; Audubons’ Birds of America; the first printed edition of The Canterbury Tales; Thomas Jefferson’s personal copy of the first printing of the Bill of Rights; and the personal archives of Orson Welles, Sylvia Plath, Kurt Vonnegut Jr., and Ngugi wa Thiong’o.

In 2019, Indiana University Bloomington received a $10.9 million grant from the Lilly Endowment to renovate the Lilly Library. The library’s collections have grown exponentially over the years, and in order to deal with the increased foot traffic from students and scholars, the renovation will help reconfigure its space to permit for easier access. More modern technology will be added and will allow for better exhibit displays. Furthermore, the library will receive upgrades to its mechanical systems, lighting, fire protection, security and ADA access. These upgrades will help house its rare manuscripts, books, and objects more efficiently.

Disclaimer: The Lilly Library will be closed for 18 months beginning in late 2019. However, the building will still take researcher requests. Make sure to call ahead to see if the Library is open.

IU Bloomington has many great resources open to both students and the public, including museums, archives, and nature centers.