This image shows the effectiveness of the removal methods for the purplewintercreeper. It is evident that even when the winter creeper is removed, they always re-invade the area; thus, this tells readers that more efficient methods of removal need to be studied and implemented. 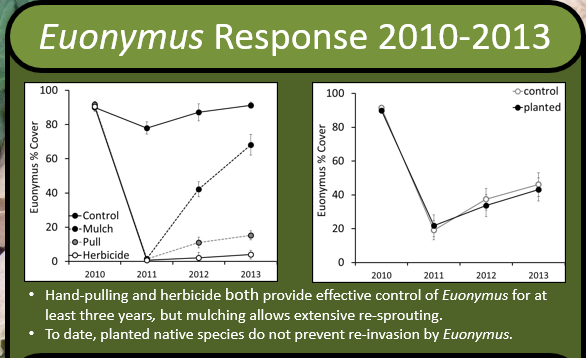 This is a picture of the purplewintercreeper so people can identify it in Dunn's Woods and take measures to remove it once they see it. 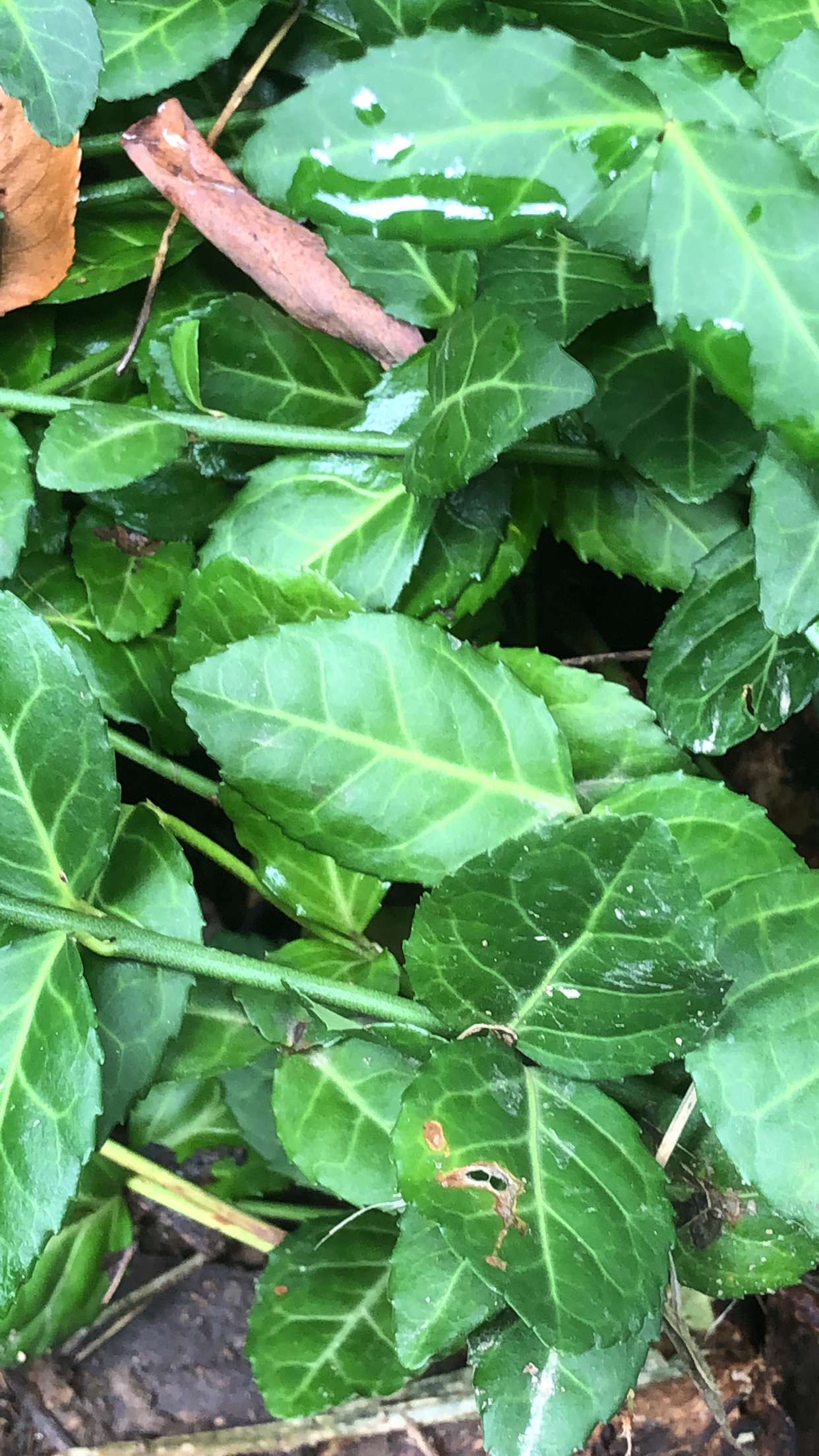 The impact invasive species have on the environment is vast and detrimental. For example, one of the many ways these species affect Dunn's Woods is that they "can influence below ground community structure" such as altering soil compositions to make it incompatible for native species (Swedo, Glinka, Rollo, and Reynolds 2008, 7). This is a terrible consequence since not only will the soil eradicate the native species due to changes in its composition, but it will ruin the biodiversity in Dunn's Woods since barely any other plant besides the purple wintercreeper can grow in the newly altered conditions.

Moreover, the winter creeper continuously grows at a rapid rate because it "participates in positive plant-soil feedback with co-occurring native Asarum canadense" (Smith and Reynolds 2012, 859). This means that the soil the native species is growing on is perfect for the invasive species that they do not need time to evolve and adapt to the new soil grounds they're invading. With these facts in mind, it is essential to understand how to remove thee invasive species and which methods to use.

Although there are a multitude of invasive species in Dunn's Woods that need to be removed, the most prevailing invasive species is the Euonymus fortunei, or the purple wintercreeper. This type of plant can be removed through "hard-pulling" the plants in small areas and utilizing "herbicide applications" in larger areas (Bauer). If this is done properly while ensuring other native species are not affected, it is possible for Dunn's Woods to return to normal and eliminate the prevalence of the winter creeper in the area.

By utilizing these methods to remove these invasive species and by understanding the information on how the wintercreeper can spread so easily, we can ensure that the "displacement of native species and altered community composition and diversity" in an environment will not occur (Swedo, Glinka, Rollo, and Reynolds 2008, 7). Through both knowledge and action, invasive species like the purple wintercreeper will slowly fade away from the terrain of Dunn's Woods and biodiversity will be enhanced in the location as the dominance of wintercreepers fade away.

structure under exotic versus native understory forbs in a woodland remnant in Indiana." In Proceedings of the Indiana Academy of Science, vol. 117, no. 1, pp. 7-15. 2008.