Image of wintercreeper in Dunn's Woods, before chemical spray removal 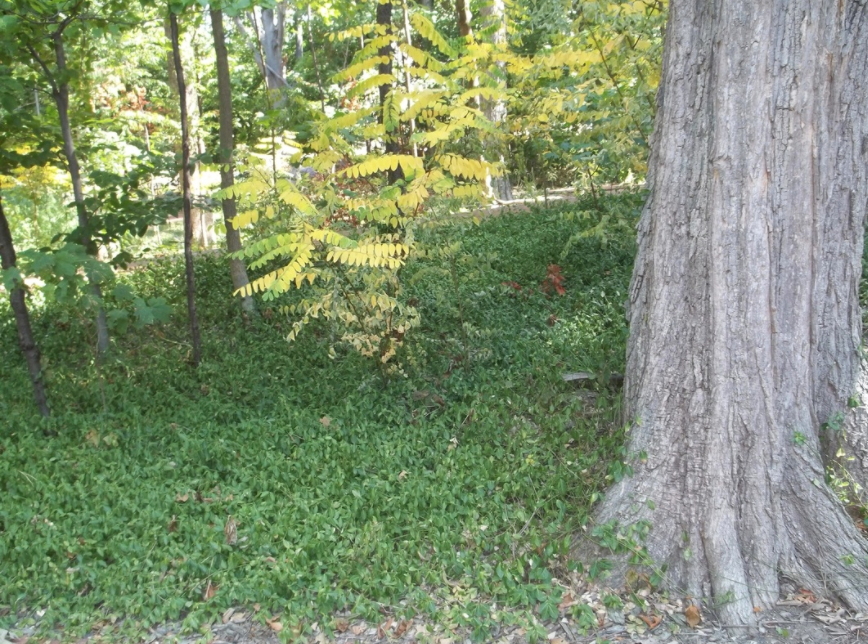 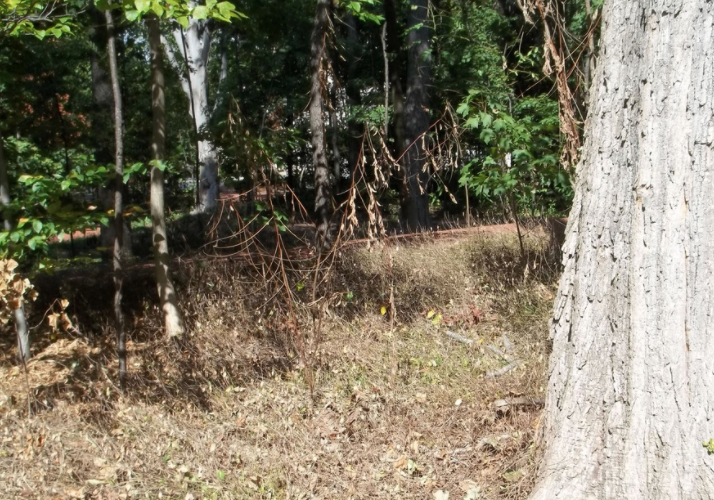 Dunn's Woods became Indiana University's central area in 1884, and was partially chosen because of the beautiful native species residing there. New plant species have been introduced since, and while the majorities of these species are from a planned list- wintercreeper was an exception. Wintercreeper is an invasive plant species taking up a lot of ground in Dunn's Woods. This is now causing problems for previously residing plants.

Wintercreeper is categorized as a fast-growing land cover/vine/shrub. This plant species can reside anywhere from forest, concrete walkways, to growing up the sides of trees or buildings. This species is well known to be invasive in most areas due to its fast and adapting growth. Wintercreeper can grow in harsh conditions also, which is why they're considered a wide-spread plant. As long as it has 4 hours of sunlight daily, this species can continue to grow. The only soil requirements correlated with this plant is that there needs to be slight moisture present, which marks almost any soiled area as a solid habitat. While this seems to be an invincible plant, they can't grow in areas that receive excessive amounts of precipitation, or where there's lots of water previously present.

There are a few different ways that wintercreepers can be distinguished. This plant is a leafy green shrub, which when found is often found covering a large space. A description provided by www.missouriconservation.org explains, "the opposite leaves are oval, slightly toothed, glossy and less than an inch long. The leathery dark green leaves have silvery-white veins. The young stems are green, with branches becoming light gray, and covered with tiny warts with age (2011). The flowers that the wintercreepers bloom appear to be yellow/green and have 5 petals. These flowers then produce a pink/red fruit with orange seeds. These flowers bloom anywhere from May to July, with the fruits maturing through November. These flowers can only occur in wintercreeper that are climbing, not in the vines creeping along the ground.

The history of the wintercreeper in America dates back to 1907, when it was introduced from China. It started as a favorable vine due to its rapid growing in intense conditions, allowing it to hold landscaping together. People who owned land began using it in the South, where there is harsh heat and less moisture than most plants need to survive. The discovery of this plant proves to be useful in areas like this, but when introduced to places like Dunn's Woods, the story changes. In urbanized areas, where there are native species growing, people prefer the native plants to show. The wintercreeper prevents this because of its fast, unstoppable growth, that occupies the land that other plant species need to grow. It also prevents growth of other plant species because it is growing as more of a monoculture, preventing the more diverse natives from growing. The wintercreeper was introduced to Dunn's Woods recently, following the planting of landscape architects wanted here. The most likely story on what happened is that someone planted the wintercreeper, because it is considered a historic, visually appealing plant- not realizing the growth rate. Following the planting of this, there have been many attempts to remove it. One method is pulling the roots up of the plant and disposing of them. If left near the ground, this plant can continue to grow. Another method used is chemicals, the exact chemicals used according to MC-IRIS (Monroe County Identify and Reduce Invasive Species) include 5% solution of triclopyr (Garlon 3a) / 95% water and we used a 20% triclopyr (Garlon 4) / 80% carrier oil for a basal bark treatment on the woody invasive stems (2012). There are other effort types in various areas, but these are the primary efforts with any results in Dunn's Woods.