Also known as Westhope, the Richard Lloyd Jones House is a historic modern residence designed by famous American architect Frank Lloyd Wright, who was Jones' cousin. Jones was the publisher of the "Tulsa Tribute" at the time. Erected in 1929, the house is considered one of Wright's best examples of his Usonian style (Usonian was a term he used to refer to the United States). At 12,000 square feet and two-stories tall (with a basement), it is bigger than most of the houses he designed. Built with concrete blocks interspersed with vertical glass windows, it features 5 bedrooms, 4.5 baths, a five-car garage, and a guest house complete with a living room, kitchen, and two bedrooms. The grounds also feature a shop and workroom, pool, fountain, fish pond, and formal garden areas, and a covered entryway. Given its architecture and association with Wright, the house was added to the National Register of Historic Places in 1975. 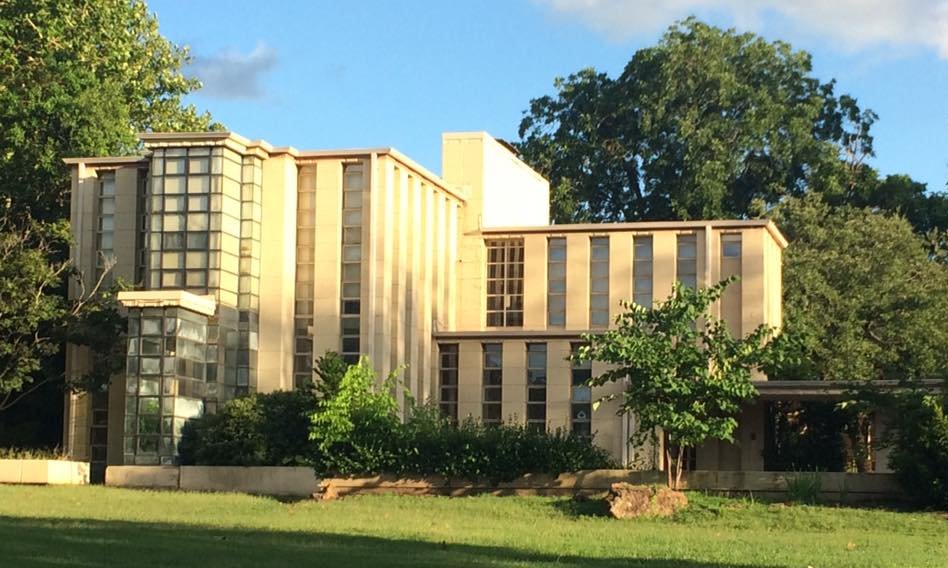 When designing the house, Wright used it as an opportunity to do something different. Jones wanted a prairie style house but Wright designed a more futuristic house instead. Wright also experimented with materials and incorporated a new roof design, which failed immediately as it leaked during a heavy rainstorm. In one instance, Jones called Wright and complained that water was leaking on his desk. Wright suggested Jones move the desk (it was built in and could not be moved). The house remains a private residence but can be easily viewed from the street.