McBirney Mansion is a historic home situated on a hill overlooking the Arkansas River. It was built by its first owner, James H. McBirney, who, in 1928, co-founded the Bank of Commerce in Tulsa. In terms of design, the mansion is a fine example of the Gothic Revival architecture. It features a facade made with brick, stucco, and stone, and there are stained glass windows as well.

McBirney Mansion is one Tulsa's grandest homes. It was built in 1928 and is a fine example of Gothic Revival architecture. 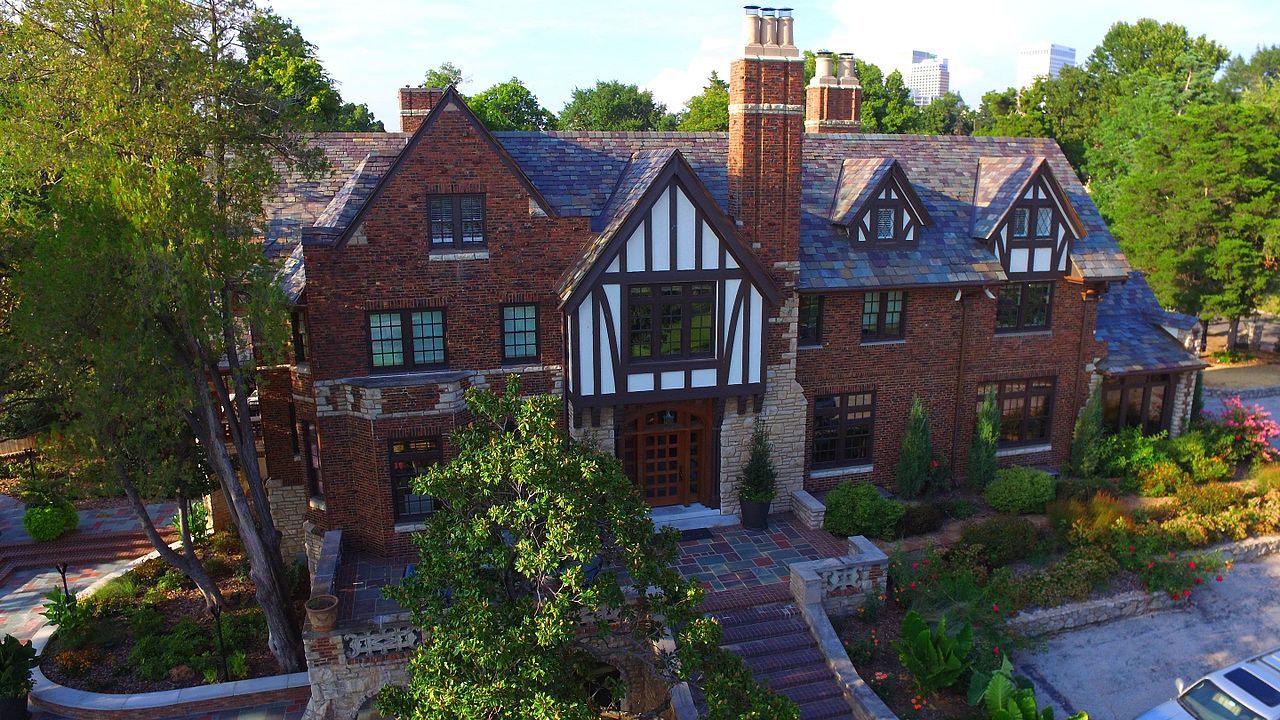 Born in 1875, James H. McBirney immigrated to America with his parents at a young age; they settled in southeast Kansas. As an adult, James was one of the tens of thousands of settlers who staked a claim in the Land Run of 1893 in Oklahoma. Unfortunately, the land he laid claim to, in what is now the town of Enid, was deemed to be for public use and as a result, he was forced to give up his claim.

This turned out to be a good development, however. He got a job working at a company that owned a semi-pro baseball team in Bartlesville. A few years later in 1897, he got a job as a janitor at the Tulsa Banking Company, which also had a baseball team. He quickly worked his way up in the bank, becoming vice president in 1904. That same year he also co-founded the Bank of Commerce with his brother. James would go on to build two of the first skyscrapers in the city: and eight-story building for the new bank and the ten-story McBirney office building.

Evatt, Robert. "McBirney Mansion to become a private residence again, but you can tour it for charity." December 18, 2015. https://www.tulsaworld.com/business/mcbirney-mansion-to-become-a-private-residence-again-but-you/article_98607daf-da7f-5af3-b97c-b307fc123bc6.html.