East Hill Cemetery is located along the Virginia-Tennessee state line and was created shortly after the community of Bristol. The earliest internments occurred in 1857, just five years after the establishment of Bristol by Joseph Rhea Anderson in 1852. The cemetery serves as the final resting place of influential individuals throughout Bristol’s history, including Anderson who is buried in Section 4. The cemetery also contains graves of nearly 200 Confederate soldiers and veterans of many other conflicts. Like most cemeteries in both the North and the South, the main cemetery was restricted to whites. A smaller section at one end of the cemetery was reserved for African Americans both before and after the end of slavery. In total, there are more than 4,000 graves in East Hill Cemetery. While the cemetery is still active, the vast majority of burials having occurred before 1961. The cemetery was added to the National Register of Historic Places in 2011. 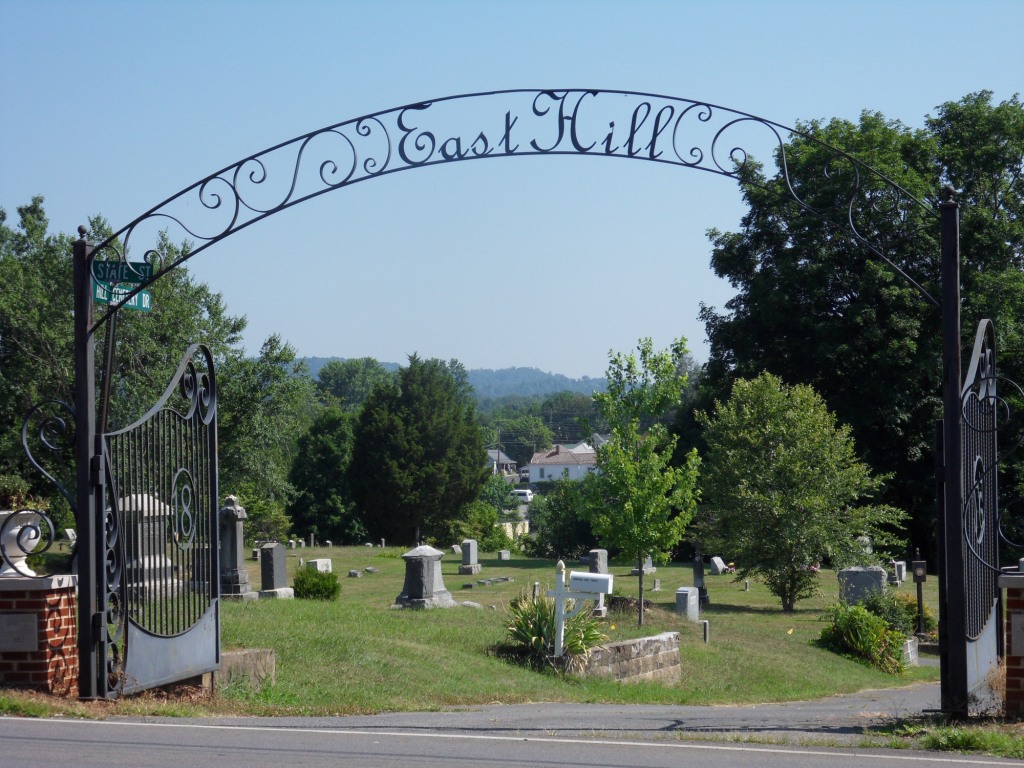 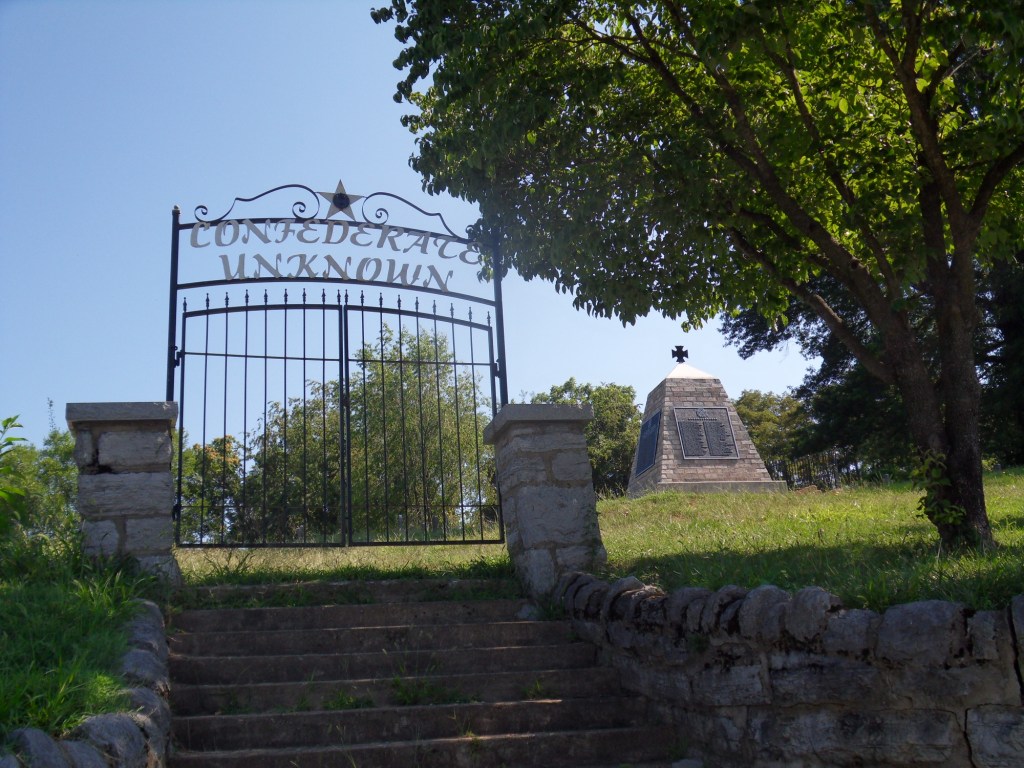 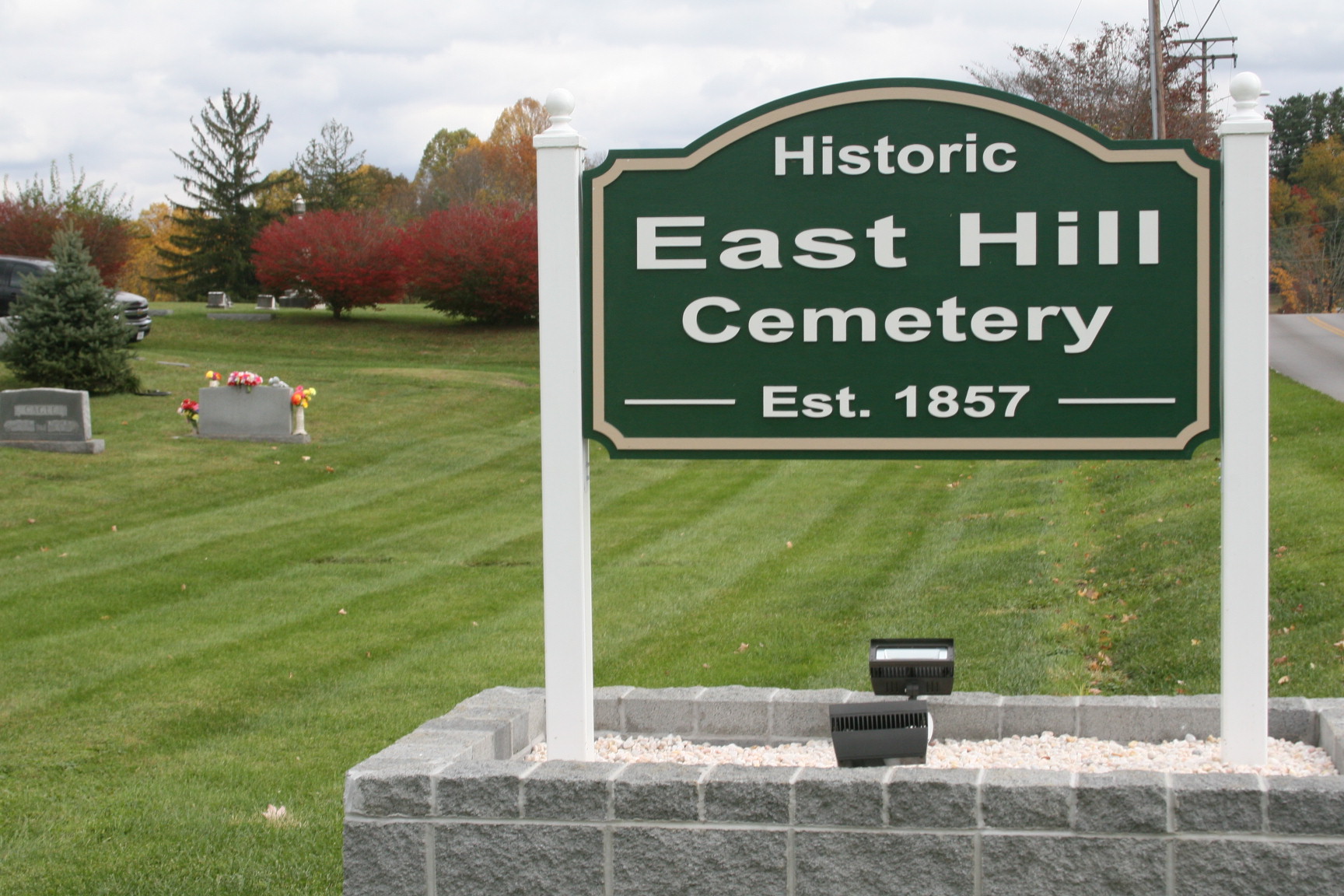 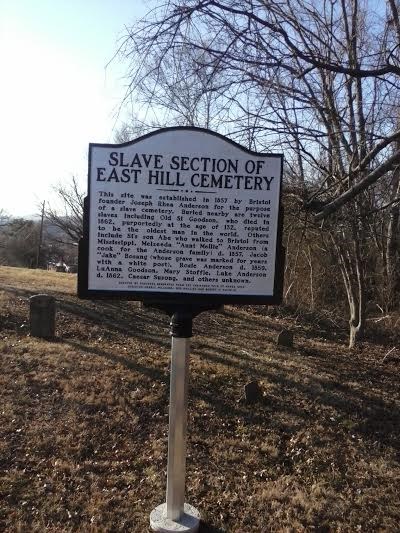 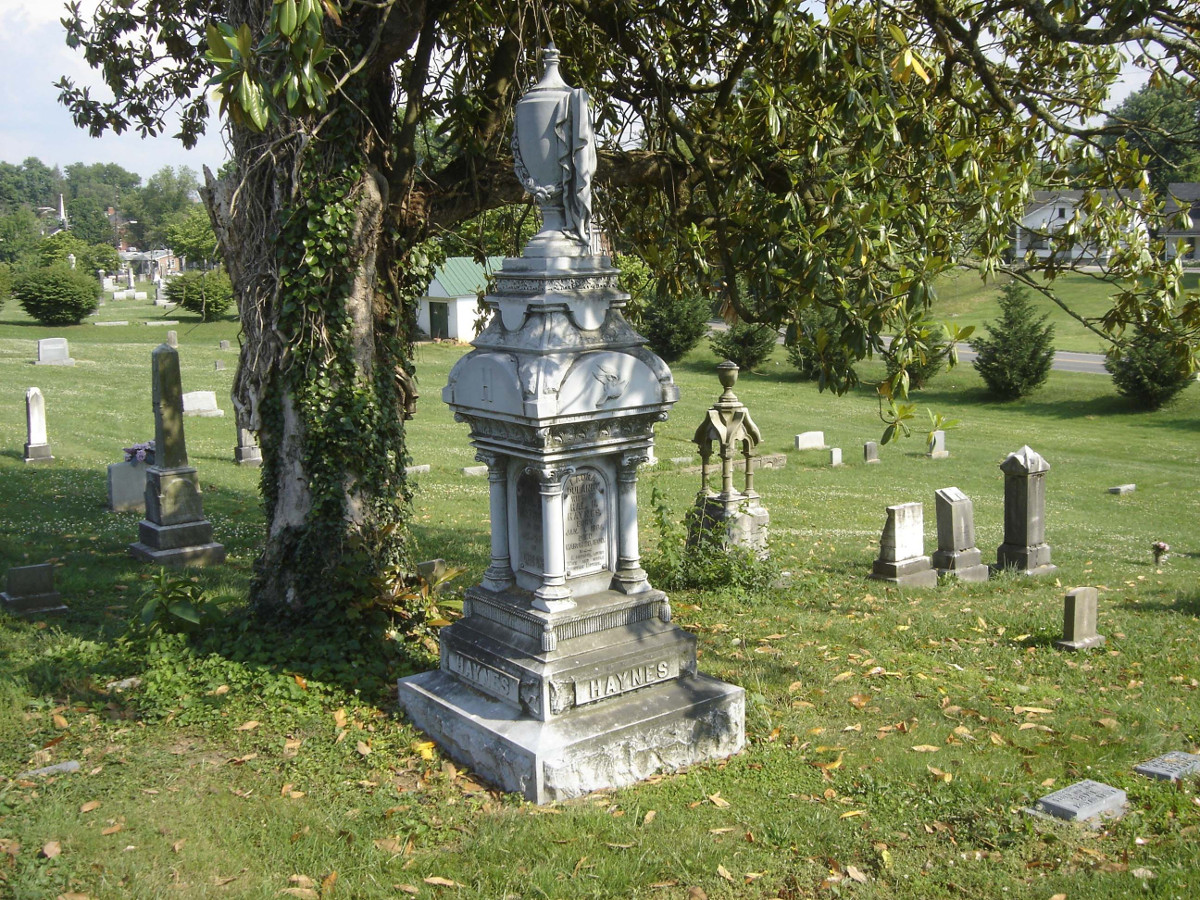 In 1857, five-year-old Nellie Gains died in Bristol. As her family were searching for a proper burial site before their departure from the city, Samuel Goodson, one of the founders of Bristol, allowed the grieving family to bury their daughter on this land. Nellie was buried a few feet north of the Virginia-Tennessee state line. A few other burials occurred on this land until the Civil War which led to the formal establishment of the cemetery. Nellie Gans's grave was rediscovered and marked with a simple stone in the 1980s.

Prior to 1862, only a handful of other burials occurred on this hill. However, during the Civil War, Bristol became a hospital hub for the Confederacy because of its location on the railroad line. In 1862, the Confederate Medical Corps began establishing hospitals in the area. Many soldiers were brought by railway to Bristol for treatment and those who did not survive were buried at East Hill in what is the westernmost part of the cemetery today.

East Hill Cemetery was not formally established as a public burial ground until 1868 when L.F. Johnson purchased the land from Samuel Goodson. Goodson's initial reson for acquiring the land was to make sure the soldiers’ graves were properly preserved with the assistance of the Ladies Memorial Association. Today, the cemetery is cared for by the East Hill Cemetery Association.

The burial ground and cemetery has been known by several different names including Maryland Hill, Round Hill, and Rooster Hill. The Cemetery was also referred to simply as City Cemetery. Locals began referring to the site as the East Hill Cemetery sometime during the 1890s.

The name Maryland Hill resulted from a local legend regarding Revolutionary War General Evan Shelby. Legend has it that in his old age Shelby, would often wander around Bristol aimlessly until confused and eventually lost, sometimes making his way to the hill of the cemetery. Some locals believe Shelby found himself on several occasions atop the hill, confused and convinced he was back in Maryland and such was the origin of ‘Maryland Hill.’

After some years passed, memories of Shelby's fading memory faded. Locals eventually began calling the site Round Hill. After some time, Round Hill became Rooster Hill as the hill became the popular location for local cockfighting as the practice was shunned and not permitted in the city of Bristol. City Cemetery became the common name when other local cemeteries had several bodies removed, leaving East Hill as the most prominent burial site in the city. Although the exact date is not clear, the name East Hill Cemetery was popularized during the 1890s.