The Cherry Valley Massacre occurred on November 11th 1778, during the American Revolution, when a mixed force of loyalist Americans, British soldiers, and members of the Seneca and Mohawk Indian tribes attacked the fort and village of Cherry Valley, New York. This event has been widely considered as "one of the most horrific frontier massacres of the war", with the attackers, specifically the Senecas, targeting non-combatents in the village. A monument now resides in the town of Cherry Valley in the spot where the bodies of those slain in the attack where placed in a mass grave.

Monument to the Cherry Valley Massacre 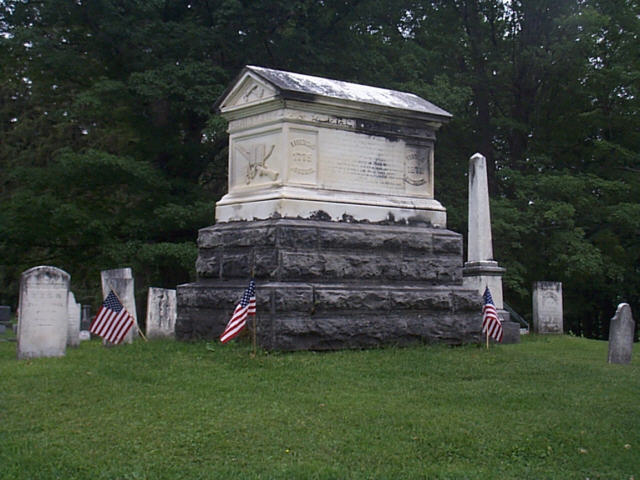 Map of Cherry Valley at the time of the massacre 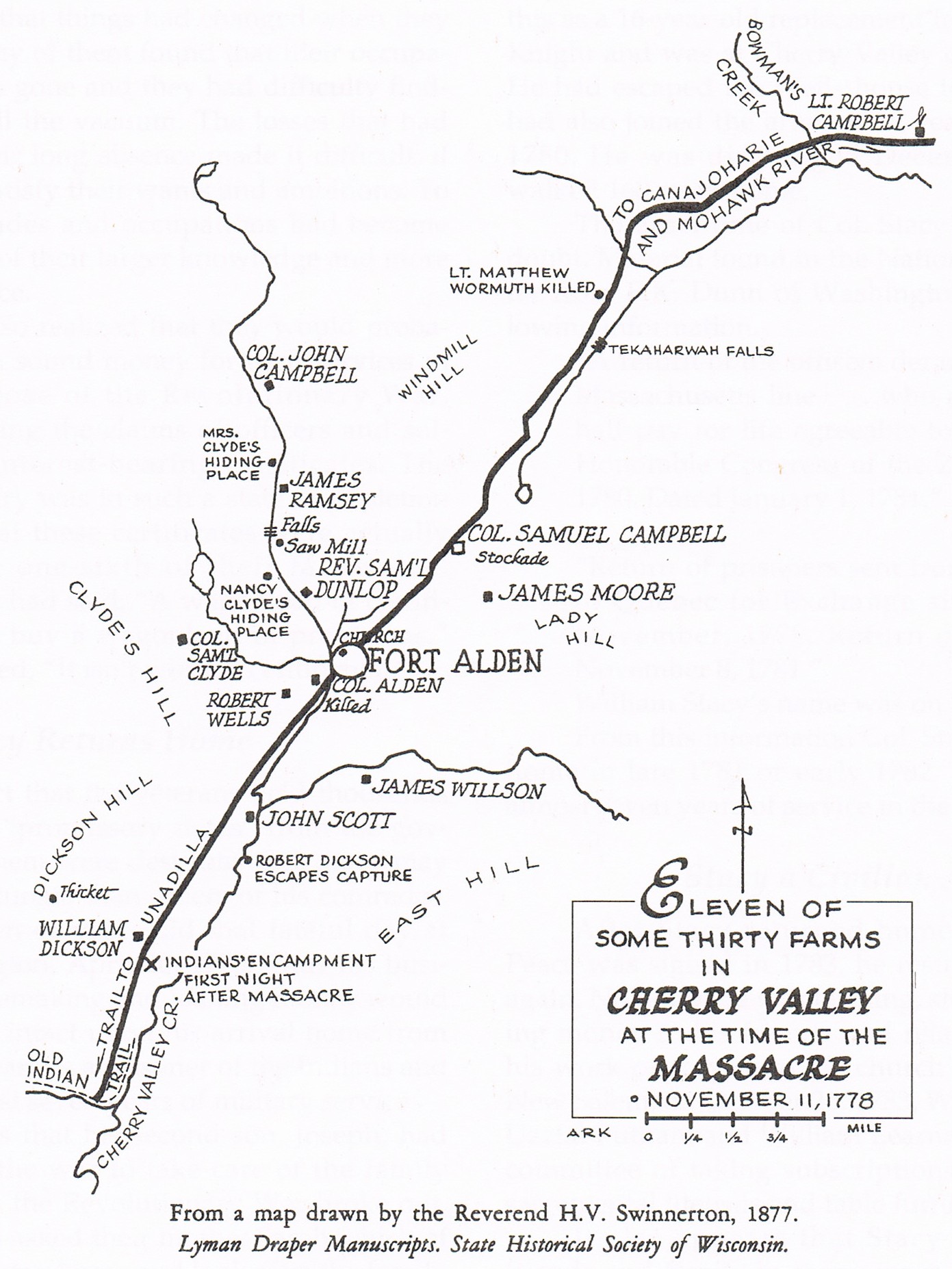 Panorama of where the settlement once stood

Plans for the attack began to come to fruition when Joseph Brant and other British allied Indians began plans on attacking frontier settlements in New York and Pennsylvania during the winter of 1777 and 1778 to acquire provisions for his own forces as well as that of John Butler, who was planning operations in the Susquehanna River Valley. By the time Brant began his campaign in May he had recruited a mix of Iroquois and Loyalists that numbered between two to three hundred. Brant's forces attacked settlements like Cobleskill and German Flatts, escaping before defenders could even arrive. Brant was soon joined by John Butler's son Walter. With Walter's forces also came around three hundred Senecas led by Cornplanter, and they soon set their sights on the settlement of Cherry Valley.

The settlement had a fort containing 300 soldiers, and even though spies had reported that the enemy force was moving towards Cherry Valley, Ichabod Alden, the fort's Colonel, failed to take precautions to defend the fort. The enemy force arrived near Cherry Valley on November 10th, and did some reconnaissance on the settlement and identified weaknesses in Alden's arrangements and the raiders decided to send two seperate forces out. One to attack Alden's headquarters (located about 400 yards from the fort in a house owned by the Wells family) and one to attack the fort itself. During the final meeting before the raid, Butler made the Indians promise that they would not harm noncombatants.

The attack began in the early morning on November 11th, though they tried to remain stealthy, a few Indians opened fire on some settlers chopping wood, one was able to escaped and raised the alarm. The raiders then split up with a group of Senecas led by a Seneca Chief called Little Beard surrounding the house where Alden was holed up and the main body surrounding the fort. During the resulting volley, the raiders killed around sixteen officers, including Alden, who eyewitness reports say was running from the house to the fort as he was cut down. The raiders also took the fort's second-in-command, Lieutenant Colonel William Stacy prisoner. The entire Wells household was killed after raiders gained entry into the home.

After failing to take the fort, having lacked the heavy firepower needed to do so, the Indians ransacked the settlement, burning every house in the settlement. Leading this charge were the Senecas, spurred on by revenge for the ransacking of their own settlements. They slaughtered anyone they came across, despite Butler and Brants orders. When the raid was over, 14 soldiers (including Alden) and and 30 civilians were dead and several others were taken prisoner.

Taking the attack to heart, the Continental Army soon launched the Sullivan Expedition, which resulted in over forty Iroquois villages being destroyed, but the expedition did nothing in stopping the Frontier War.