Glenville State College’s Clock Tower has been the most distinguished physical feature of the institution for generations. The college’s nickname, the Lighthouse on the Hill, originated from the local community’s perception of this landmark, and the first pictorial history book also took the title. However, the Clock Tower was not always a part of the school. It was installed in 1897 with the addition of a clock in 1899. The tower was lowered in 1903 because of safety concerns. The original bell and clock workings have been removed and displayed historically at another location on campus near Goodwin Hall. The Clock Tower is now operated electronically with speaker systems and other technological advances.

The original Clock Tower was 20 feet higher than it stands today. It was constructed in 1897 with the clock added in 1899. 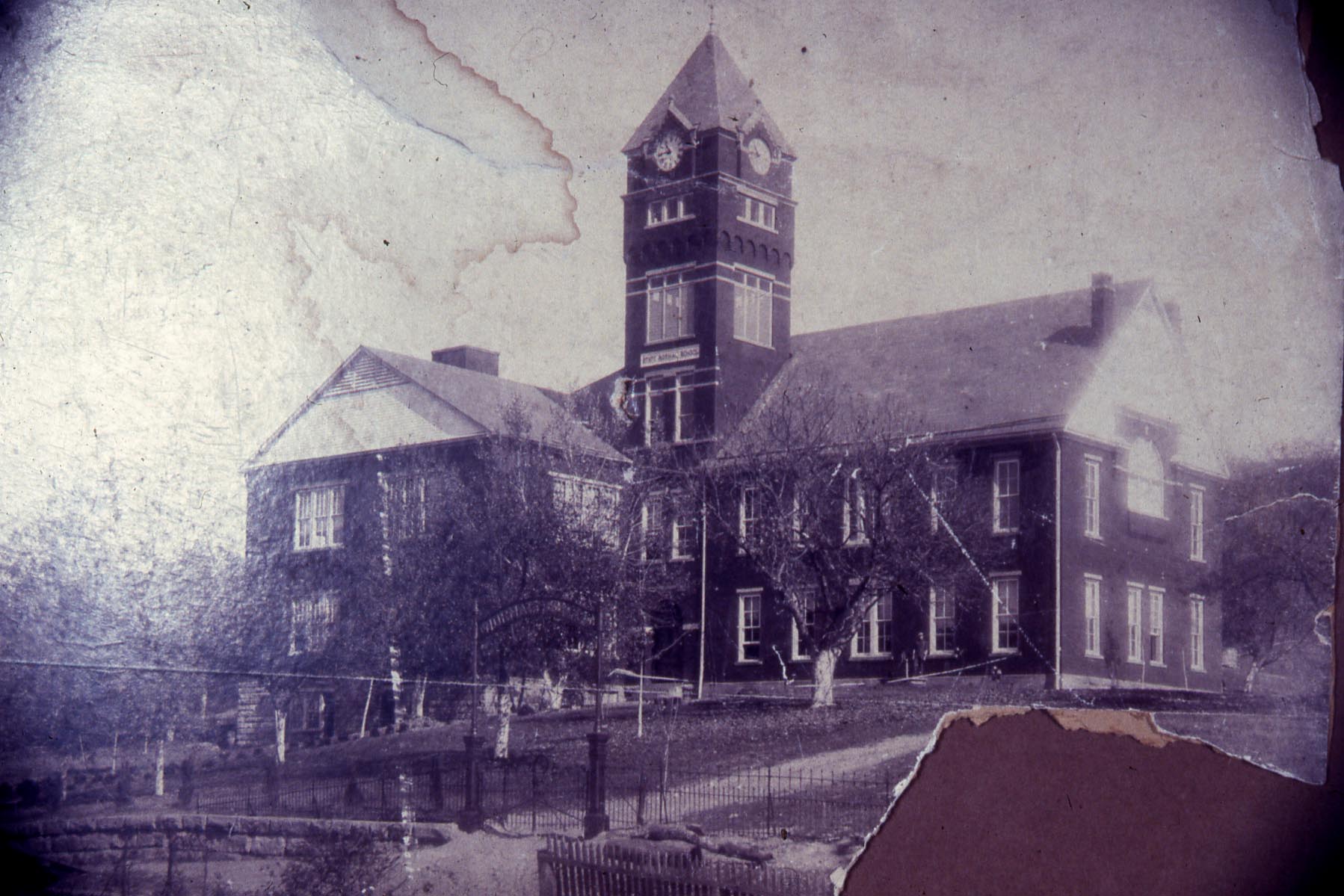 Directions for the care of the tower clock were included with the installation in 1899. These directions were followed for several decades by the caretakers of the Clock Tower. 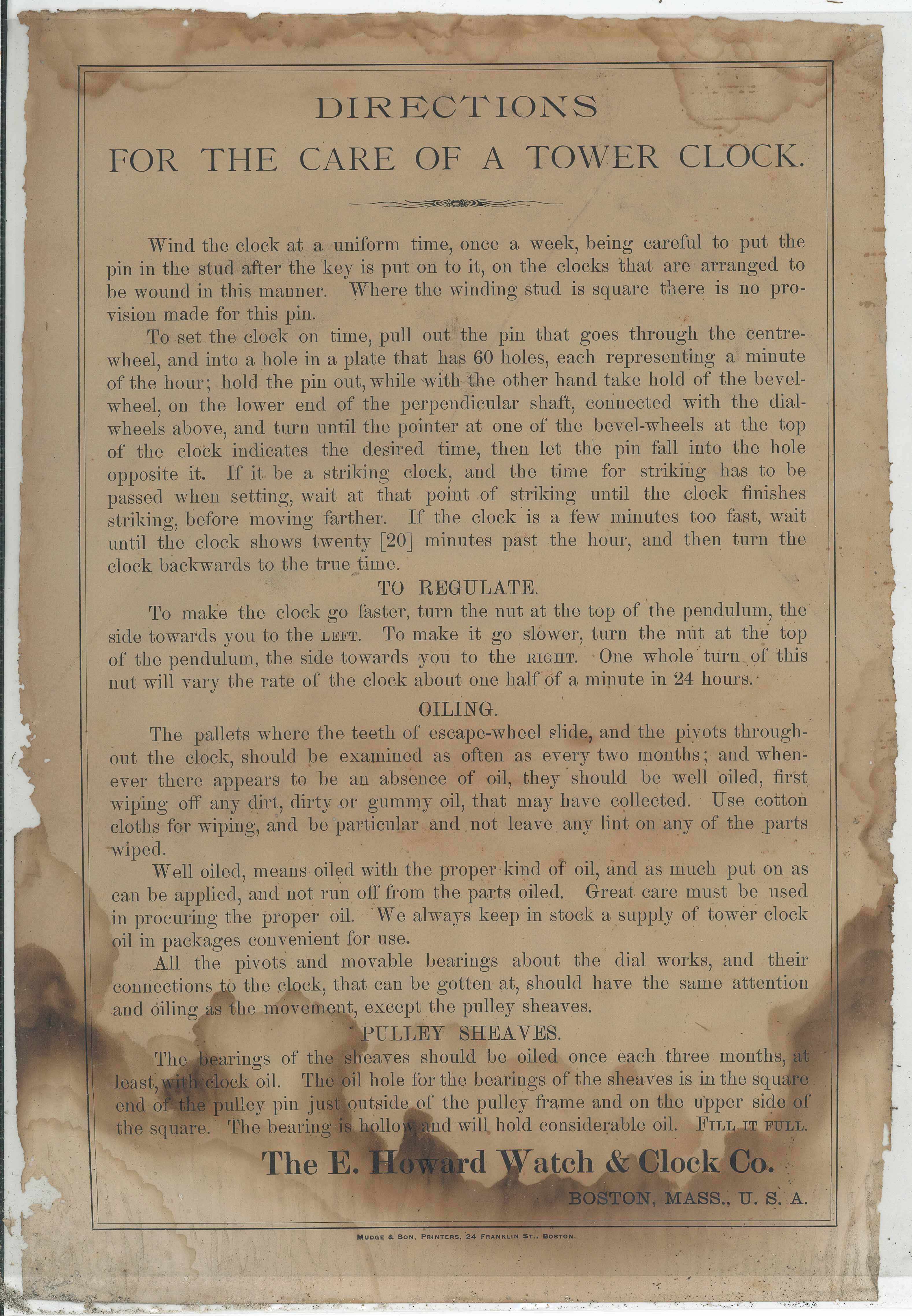 The Clock Tower was lowered in 1903 to its current height because of safety concerns. While this photo was taken before 1910, the appearance of this section of the Administration Building is very similar today. 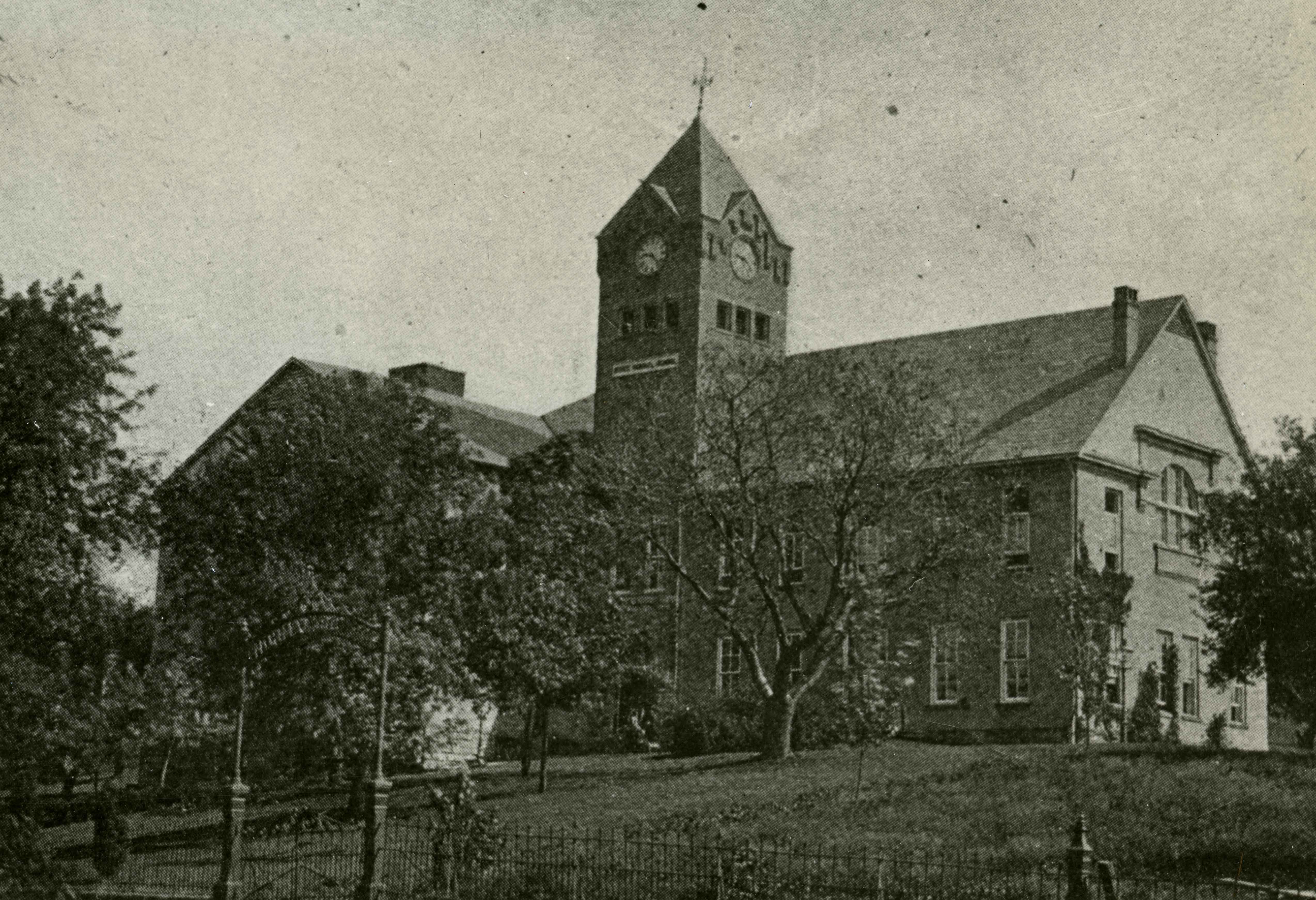 The bell and clock workings have been removed to a display location near the campus' Goodwin Hall. The Board of Regents members, 1899 date, and the name of the Principal of the school are embossed on the bell. 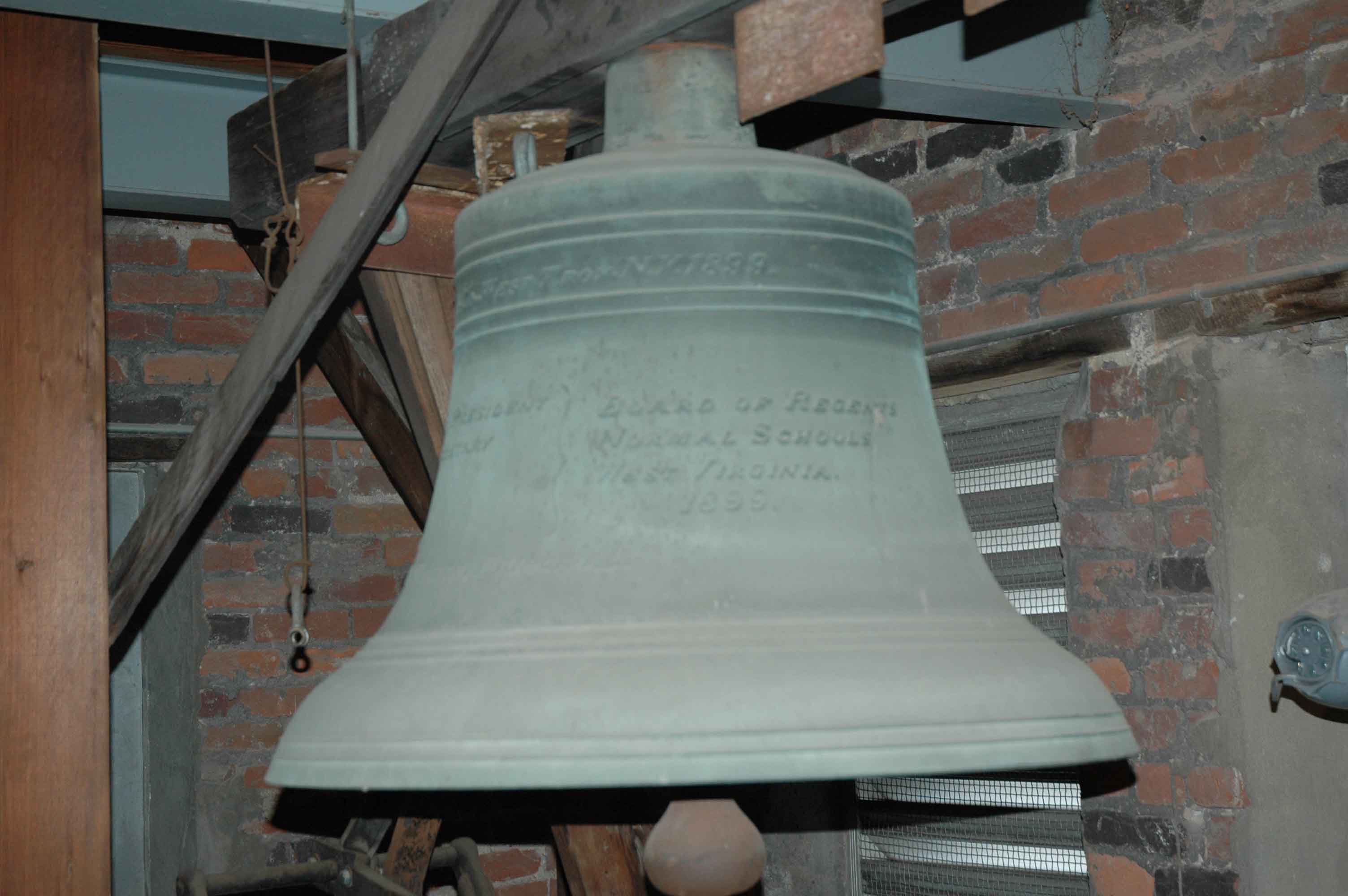 The institution at Glenville originated as the Glenville Branch of the West Virginia State Normal School at Marshall in 1872. By 1874, the Lively House, located at the present Clock Tower location, was purchased as a permanent home for the school. While the first few years of operation saw very little to no support from the state, funds were provided in 1885 and 1893 to build the two structures that are on each side of the Clock Tower. At this time, only a staircase connected the two structures that held twelve separate rooms. These rooms included six classrooms, a library, a music room, a laboratory, a commencement hall, an office, and a chapel/study area.

Even though evidence shows that the tower was in place by the end of 1897, no clock was installed until 1899. This four-faced timepiece was installed by the E. Howard Clock Co. from Boston, Massachusetts. This company was established in 1842 by Edward Howard with the construction of household clocks, but it soon expanded its operations to include watches, tower clocks, and street clocks.

The bell was uniquely made with the embossed names of the state’s Board of Regent members, the name of the school’s principal, and the date of its origination, 1899. Of interest, the Principal’s name was W. J. Holden, but the bell has the name J. W. Holden on it. No information regarding the reason for this has been found, and it is believed that this may have been a mistake by the maker of the bell that could not be fixed without recreating the entire item.

Some alterations have taken place since the early beginnings of the Clock Tower. The original tower was 20 feet taller but was lowered in 1903 because it was deemed unstable. Since 1903, the Clock Tower has appeared similar in appearance as it does today, but other changes continued to take place. Technological advances have also made the original workings of the clock inefficient, and newer electronic methods of operation have resulted.

In fact, the original bell and clock workings were removed in 2010 and preserved in a historical fashion on campus. During the construction of the campus’ Goodwin Hall, the opportunity arose to have the extremely heavy bell and clock workings removed and displayed in a dedicated building on campus. Over the years, the clock’s keepers included George Firestone, Duffy Bush, and Els Roy Clemens, and the Classified Staff Council elected to dedicate this new structure in honor of Els Roy Clemens. This structure is located between Goodwin Hall and the Mollohan Campus Community Center.